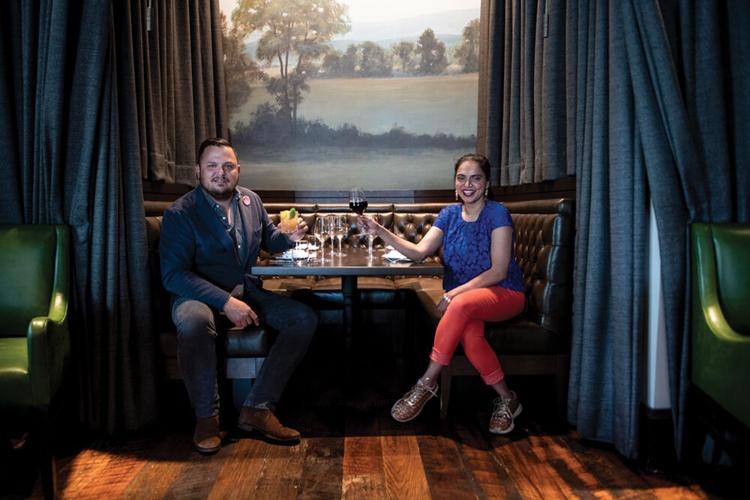 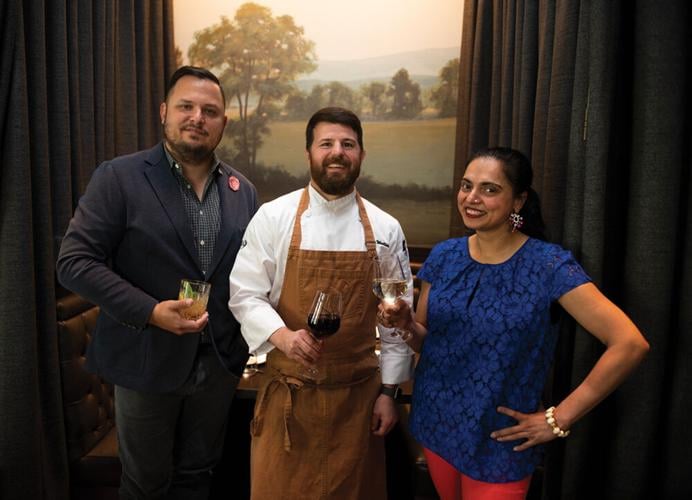 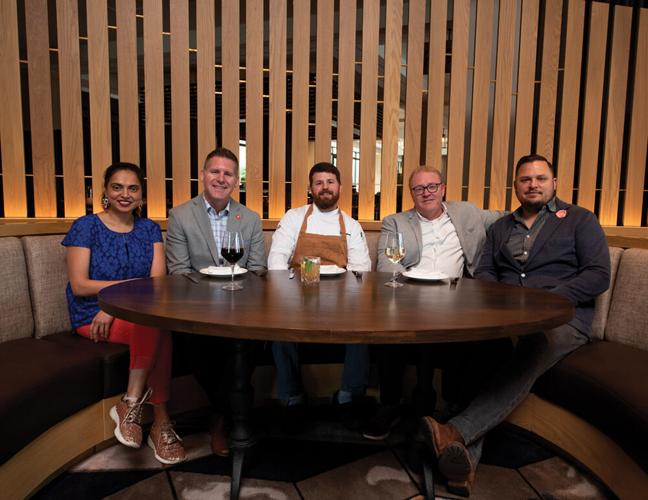 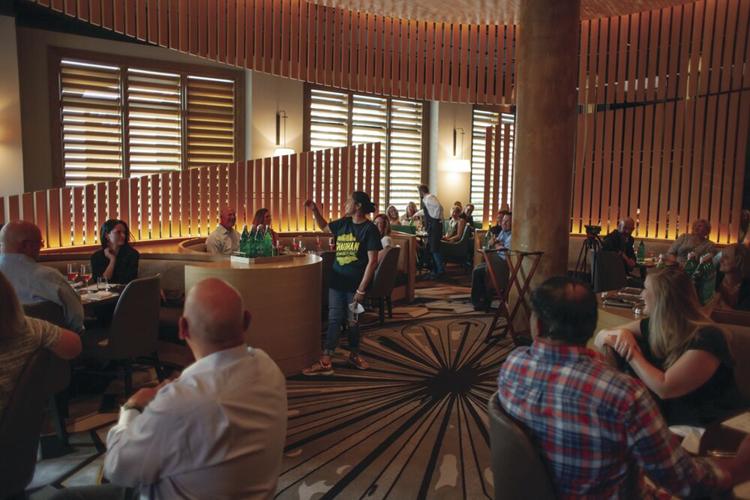 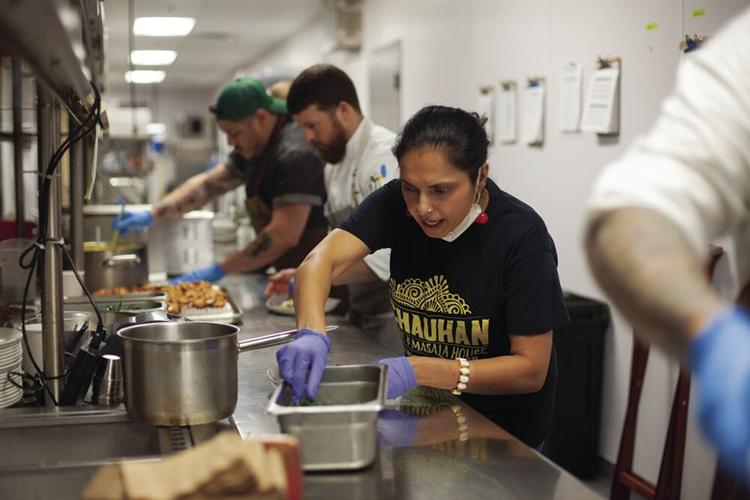 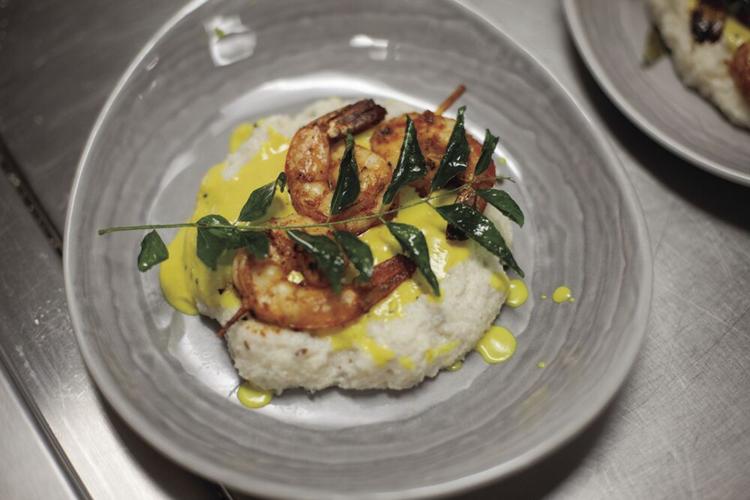 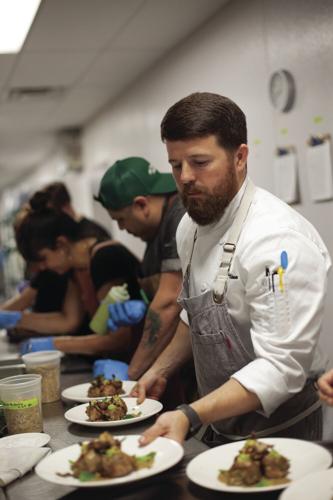 From ancient times, families have gathered together at the start of a new week to break bread and spend quality time together. In Franklin, there’s a new opportunity to observe this tradition while enjoying fine cuisine alongside family and friends.

The Sunday Supper series, held at the Harpeth Hotel’s 1799 Kitchen & Cocktails restaurant, is a chef-driven venture to raise awareness for another new undertaking: the inaugural Franklin Food and Wine Festival, slated to begin in 2023.

During the festival, a weeklong series of food-based events will culminate in a grand tasting.

Chris Thomas is the owner of MADE SOUTH, a business that has historically produced events to promote Southern makers and artisans. But the brand is more than just an event business: Thomas has a serious passion for how food and drink can bring people together.

Inspired by culinary events in Nashville, Charleston, and Savannah, Thomas said he “fell in love” with the idea of creating the experience in his hometown.

While Nashville boasts a wider array of options for food and beverage, Williamson County has begun to come into its own in recent years.

“We’re just starting to see some of the spillover with additions here in Franklin,” Thomas said, like 1892 in Leiper’s Fork and Culaccino in downtown Franklin. He referred to Andy Marshall and Jason McConnell, both successful restaurant group owners in town, as “the OGs.”

Thomas and his wife ran into former Visit Franklin CEO Ellie Chin during a dinner at Southall Farms in 2019, where he shared his idea for a culinary festival.

Chin was on board, and helped connect him with people in the hospitality industry.

The idea for the festival is to draw people to Franklin who may not be aware of the city’s history and culture.

“They think that we are one thing, and when they get here, they find that we’re something different,” Thomas said, noting how people often remark on the hospitality and authenticity they encounter.

“Everything we do at Made South is designed to shed a positive light on the South,” he continued. “I know we have our issues, and I know we’ve committed our sins, and I don’t run away from that. But I’m committing to telling the positive stories of the South.”

A lauded chef in New York and Chicago, as well as a longtime judge on the Food Network’s Chopped, Chauhan came to Nashville six years ago to open her first restaurant.

The Music City culinary community embraced her with open arms, especially when her second child was born on the same day Chauhan Ale & Masala House opened.

“She had no intention of living here,” Thomas said. “She likes to say, Nashville chose her.”

Chauhan called the idea for the festival Thomas’ “brainchild.”

“This is something he’s been dreaming for a very long time,” she said. “We connected on our love for Tennessee and our love for the South.”

Chauhan explained that they want people to be fully engaged with one another when sitting down to a meal.

“The whole idea is for us to rethink the food and beverage as such an amazing tool to bring people together,” she said. “The fact that we can have these suppers again, especially on Sunday, it used to be the time an entire family can come together. We want to recreate that feeling of togetherness.”

At their inaugural May supper, the idea of togetherness was on full display. Ninety guests gathered first in the Harpeth Hotel’s outdoor courtyard for drinks and appetizers, before adjourning to small tables inside the 1799 dining room for a four-course meal with optional wine pairings.

In the kitchen, Chauhan joined forces with 1799 executive chef Devin Walline and guest chef Cheetie Kumar of Garland in Raleigh, North Carolina. Chauhan introduced Kumar, a James Beard semifinalist, describing her as, “a person who is very difficult not to fall in love with.”

The meal featured locally sourced produce and fruit, and the courses featured touches from Kumar and Chauhan’s Indian roots, with fragrant spices and refreshing flavors.

At the event, Chauhan said the opportunity to collaborate with a group of talented chefs right down the road from her Franklin home was too good to pass up.

“It is just that feeling of belonging,” she told the room. “You can walk into a kitchen that you’ve never ever seen, and the bonding that you have with chefs is incredible. And the amount you learn from each other is even more spectacular.”

A portion of the event’s proceeds also benefit One Generation Away, a Tennessee nonprofit whose mission is to eliminate food deserts in low-income neighborhoods and stop food waste.

The next Sunday Supper series will be held on July 11th, with guest chef David Bancroft of Acre in Auburn, Alabama; and July 25th, with chef Joshua Walker of Xiao Bao Biscuit from Charleston, South Carolina.

“If people enjoy them, we will continue that and potentially turn it into a monthly series,” Thomas said.

It’s all to create anticipation for the ultimate goal: the 2023 food and wine festival.

“In terms of the culinary aspect, we want to promote that feeling that this place is a place to be reckoned with,” Thomas said.