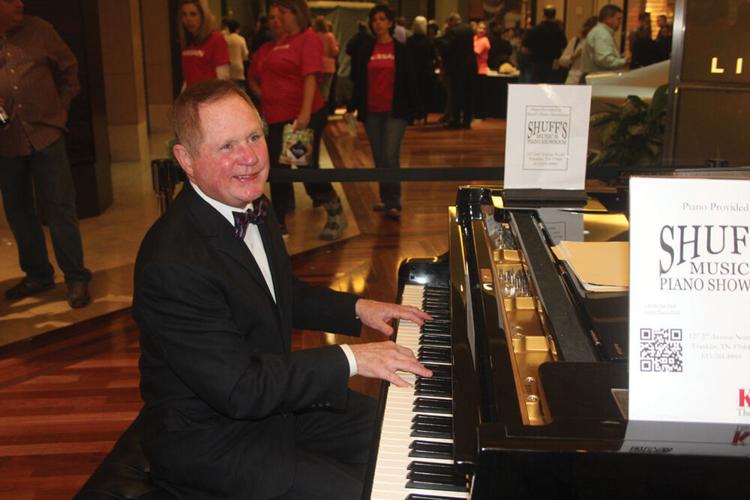 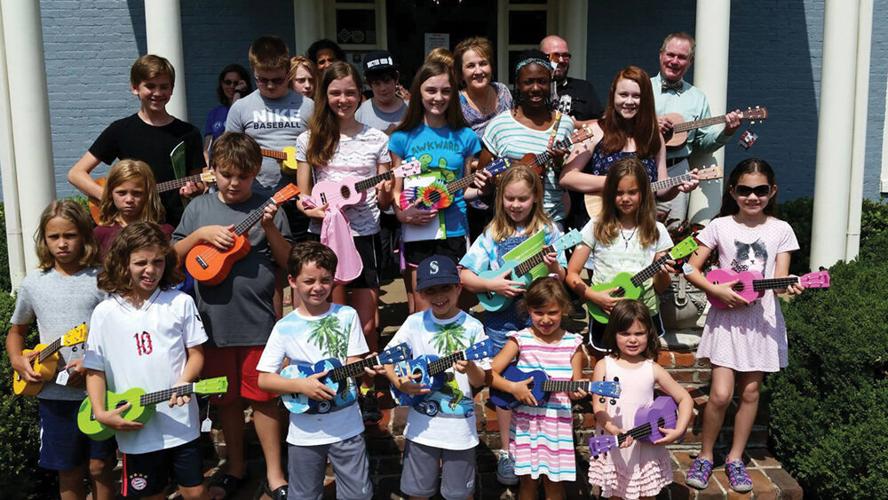 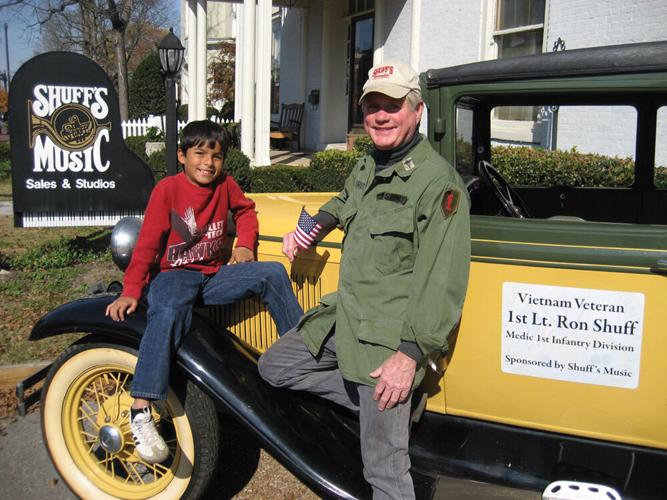 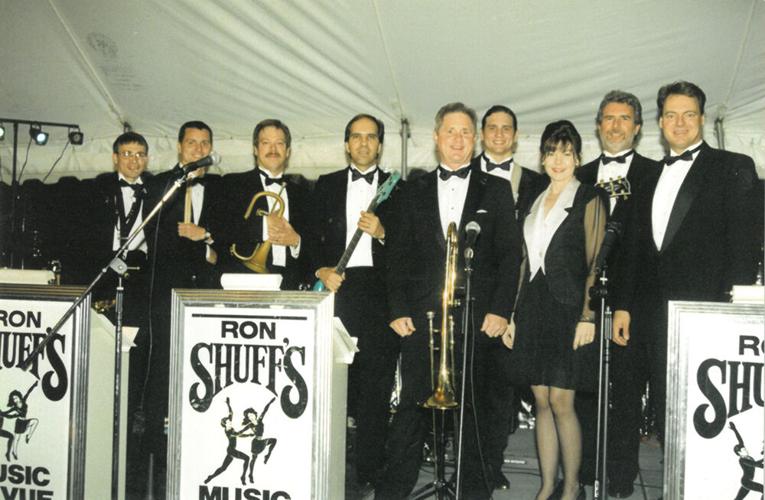 Musician, teacher and downtown Franklin retailer Ron Shuff may not have a Grammy Award of his own, but the number of Grammy Award winners, nominees and other music royalty he enabled throughout his life in one way or another is impossible to measure.

Award-winning musician and producer Dann Huff was one of Shuff’s music students at Brentwood Academy some 40 years ago and says he can’t even imagine the ripple effect of Shuff’s life.

“At the time, BA was run by athletics and then they hired this music guy,” Huff said. “Here I was this young kid who was there as an athlete, but my heart was already on music. Ron Shuff doubled as a study hall teacher and he would let me and Gordon Kennedy bring our guitars and practice quietly during study hall. The stuff Gordon and I got to explore during those high school study halls and music was the foundation for both of our careers. I owe him a debt of gratitude for that.”

Although Shuff’s impact has been felt though the students he taught and the volumes of budding musicians who have come through Shuff’s Music in downtown Franklin, none of that would have happened if Shuff’s live hadn’t taken a drastic turn in the 1970s.

As a young man growing up in rural Alabama, Shuff was on a mission to be the first in his family to graduate from high school, then he’d attend college at West Point Military Academy and have a career in politics.

He did end up graduating from high school and was one of the area’s star football players. But that’s the only part of his original plan that would come to fruition. After graduation from high school he was called to serve in Vietnam. That experience would change everything.

Everything except his love of music, which remained a constant throughout his life.

“I remember in Vietnam, one day we had captured 13 Viet Cong in this village and as we were leaving, I climbed into the first tank with the medical supplies,” Shuff said. “Another lieutenant told me to move back to the second tank. As we left the village, the first tank hit a land mine and was left in rubble.”

That lieutenant told Shuff after the explosion that he didn’t save his life so that he could be a politician. After seeing Shuff play his ukulele for the villagers and watching everyone sing along, the soldier told Shuff he needed to pursue music.

“It changed my life,” Shuff said. “I didn’t know exactly what that meant at the time. Was I going to be a choir director at a church? Maybe a band director? I just didn’t know, but I knew I was going to do something with my music. I realized being popular or a world leader isn’t the most important thing. Life is too short.”

So he came back from Vietnam with a renewed mission.

Thankfully for the hundreds, maybe even thousands of children and adults alike whose musical journey has been touched or elevated by Shuff through his teaching or through his store, music stayed at the forefront of Shuff’s life from that day on.

Shuff was introduced to music as a child, when he was part of his family’s gospel trio. He continued to play and sing throughout his life. After Vietnam, he and his new wife moved to Atlanta where he became a choir director at a church for a short time before they decided to return to Alabama. They started a family and Shuff would go on to earn both a master’s degree and a Ph.D. in music.

His dissertation would bring him to Nashville to research commercial music. While he was conducting interviews, his wife Alice was calling school systems trying to find him a job.

“At the time Williamson County only had three music teachers and they were all band directors,” Shuff said. “I met with the headmaster at Brentwood Academy, Mr. Brown. I had a pretty impressive resume for someone only 30 years old. But as he looked over my resume, he looked up and said, ‘you played football?’ That is what got his attention.”

Shuff ended up taking the job and churned out a pretty impressive list of students during his tenure there from 1976 to 1981. Shuff said during that time the music program had more kids in it than all the BA sports teams combined.

Among those he taught are Nashville music industry heavy-hitters Huff and Gordon and Bryan Kennedy.

Two-time Grammy Award-winning songwriter, producer and guitar player Gordon Kennedy said he has fond memories of his years at BA learning from Shuff.

“Ron Shuff was a Godsend when he came to Brentwood Academy,” he said. “He created an atmosphere that challenged us and allowed those of us who were serious about pursuing music, to flourish. He found a way to make it so much fun that I recall people being upset if they couldn’t get in his class. I am blessed to have had him as a teacher and to call him my friend.”

It would be his wife Alice who suggested the two open a music store in Franklin that she would run while he taught. Sadly, less than two years later, Alice died of cancer suddenly and left Shuff with the store and three young children.

He ultimately left teaching to focus on raising his children and his retail business, which has been operating out of the same historic home at 118 3rd Ave. N. for 30 years. His business grew to include the Shuff Piano Showroom around the corner at 127 2nd Ave. N.

Shuff has been a constant supporter of the downtown Franklin area and the Heritage Foundation of Williamson County, Tn, thanks to help from former foundation Director Rudy Jordan, who helped Shuff restore and ultimately save the historic home that still houses Shuff’s Music.

“I was able to help point him in the right direction so he could get some tax credit and support to save that building,” Jordan said. “That was a great experience. It was wonderful to see that building saved and it was great to see his family putting down deep roots in this community.”

Shuff has been a loyal supporter of the Heritage Foundation ever since and has even been the musical guest at several of the organization’s Heritage Ball events throughout the years. This month, he is auctioning off a very special piano with all proceeds going to the foundation.

The circa 1950s Ivers & Pond baby grand piano was owned by legendary entertainer Ricky Nelson’s family and is now on display in Shuff’s Piano showroom.

“The piano was given to me and I’ve been storing it ever since,” said Ricky Nelson’s son, musician Matthew Nelson. “It was at my grandparents’ house for decades, so it really is a piece of Hollywood sports and entertainment royalty.”

The online auction for this piano is live now and will run through 11:59 p.m. Thursday, March 4. For more history on the piano, photos and a link to bid, visit www.WilliamsonHeritage.Org/Piano.

In addition to Shuff’s many attributes including dedicated father, Vietnam veteran, football player, music teacher, choir director, educator and small business owner, he will also forever be known for his philanthropic heart, his musical inspiration and his genuine kindness to everyone.

“He has been a teacher and a successful business owner for decades,” Huff said. “But his legacy is kindness. All the things you aspire to be, Ron embodies.”