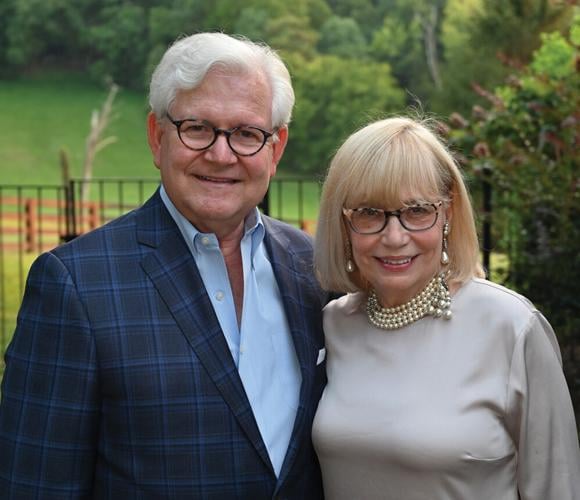 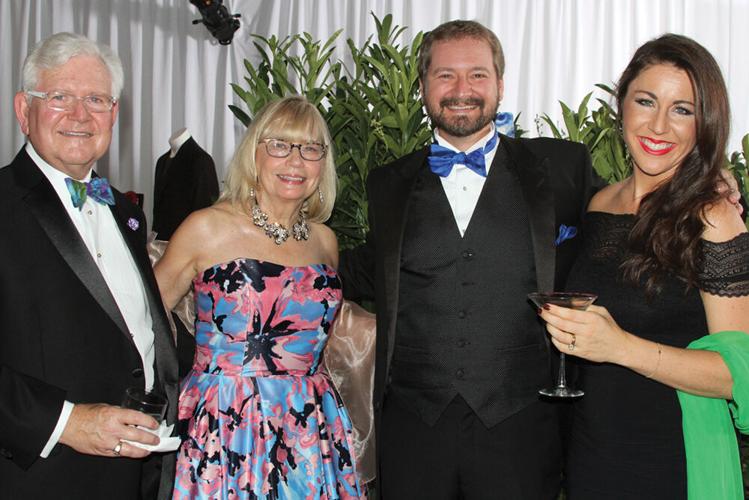 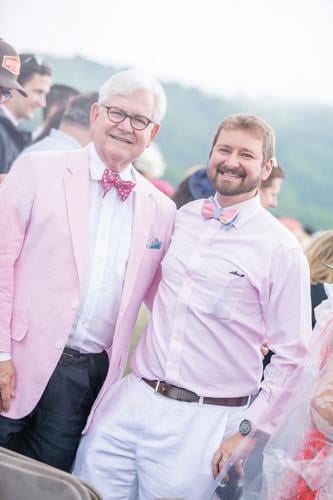 Danny Anderson is a Realtor’s Realtor and a who’s who of dedicated community volunteers. He has interwoven his passions to the benefit of his clients and the place he happily calls home. He exemplifies integrity, experience, knowledge, leadership and dedication to both. And he does it all with an easy smile and kindness.

Anderson’s clients have become his friends and his friends his clients. He’s a man you trust from the get go, and he has been that man since he entered the real estate field 38 years ago.

He was with a couple of agencies before being recruited to be the managing broker of Parks Real Estate’s downtown Franklin office, and he has thrived in that role over the last decade.

“When I took on this role, I had 26 Realtors under my wing. Today, I have 105,” he says “It’s quite a job. It has been great for me; I absolutely love it. While I’m still active as a listing and selling broker with tons of experience, I also truly enjoy managing, training, encouraging agents, inspiring them to be involved in the community, to give back. Being involved is an office culture.”

Among those 105 agents is his son, Reid.

“It’s one of my greatest joys,” Anderson says of working with his son.

Anderson leads by example. He has served on the Williamson County Association of Realtors three times and been president once. He also served on the state committee for a year.

When asked to run down the list of some of his community involvements, he says, “I don’t really like to talk about myself.”

He’s humble with a servant’s heart.

“I’ve served on the Heritage Foundation board for 18 years and as president once. I have co-chaired the annual Heritage Ball four times, once with my wife, Teresa, and my son, Reid, once with a gentleman’s committee of six guys and once with Cecil Ewing,” he says.

As a committed preservationist, Anderson served on the Carter House Board and the Carnton Board, once as president. The two Civil War sites have since merged into the Franklin Battle of Trust, which has reclaimed battlefields and held sway over a significant number of preservation projects, including the massive renovation of The Franklin Theater on Franklin’s Main Street.

“I served on the Streetscape Commission for historic downtown Franklin and the Williamson County Chamber of Commerce,” Anderson says. “I have loved every bit of it. I’ve met and made so many friends over the years and have loved joining with others to make this wonderful community even better. Franklin is a warm and welcoming place.”

Currently, he and Teresa serve on the board for Studio Tenn, an arts and theater organization which brings live, Broadway-equivalent theater to Franklin.

Anderson’s awards and accolades over the years have been many. Amongst them, Realtor of the Year, the coveted Patrons Award from the Heritage Foundation and he and Teresa were chosen as the first king and queen of the Heritage Ball.

Anderson is by nature happy and optimistic, but he’s had more than his fair share of tragedy in 2020 and 2021, the COVID-19 pandemic aside.

“On Christmas Day at 5:15 p.m. our home burned to the ground. We lost everything — house, furnishings, clothing, even our cars. We stood outside and watched it burn, helpless to stop it,” Anderson says.

The family smelled smoke, and only one cell phone was working, that of his daughter-in-law, Cameron. She called for help, and the Fire Department ordered them to get out of the house immediately.

“We grabbed our coats. That’s all,” Anderson says. “We never had a chance to go back in to get anything. We had not even driver’s licenses, though we had no vehicles left to drive. It was such an unexpected and surreal experience. We wore the same clothes for two or three days.”

The family’s countless friends and strangers stepped up to the plate.

“It was truly amazing how the community lifted us up,” Anderson says. “They brought food, sent notes and letters, loaned us clothes. Matt Ligon loaned us a car — we couldn’t buy one with no identification.

“We lived with our son and his wife in the beginning. Cameron did everything, everything. We were in shock; she took over. The extended hands of the communities, friends, people we didn’t even know, was the most humbling, eye-opening experience. Our priorities changed that day and in the days to come.”

Early on after the catastrophic fire, Anderson went to a local CVS for toiletries. The cashier asked him about the fire.

“I was standing there with a pile of must-haves talking to the cashier who I didn’t know,” Anderson says. “She was so kind to me. She told me, ‘This is on me.’ I told her I could not let her do that and that I had money. ‘Look at me,’ she said. ‘I don’t care if you have the money, this is on me.’

Within weeks into 2021, life turned even more for the worst. His son, Reid, who had been sick since early 2020 with ulcerative colitis, kept losing weight. He wasn’t improving and ended up in the ER at Vanderbilt.

“In total, he lost 75 pounds. He flat lined twice. On one of those occasions, a nurse came in to find him collapsed on the floor. She called Cameron and said, ‘If you want to see your husband alive again, you better come to the hospital now,’” Anderson says. “He had invasive surgery. Somehow, he pulled through. It was the hardest thing, seeing him so sick, knowing you might lose him.”

Reid was finally released after six weeks in the hospital. He still has two surgeries that lie ahead, but like his dad, he is optimistic, taking one day at a time, and is back to work with a vengeance.

In the second half of 2021, things have settled down for the Andersons. Danny and Teresa live in an apartment at The Harpeth in downtown Franklin. His commute to the office is just down the stairs. An architect is at work designing a new home in a new place for Danny and Teresa. Reid and Cameron have bought and are renovating a house a few doors down.

“I’m so happy we are all here and will be neighbors. It doesn’t get much better than that,” Anderson says.