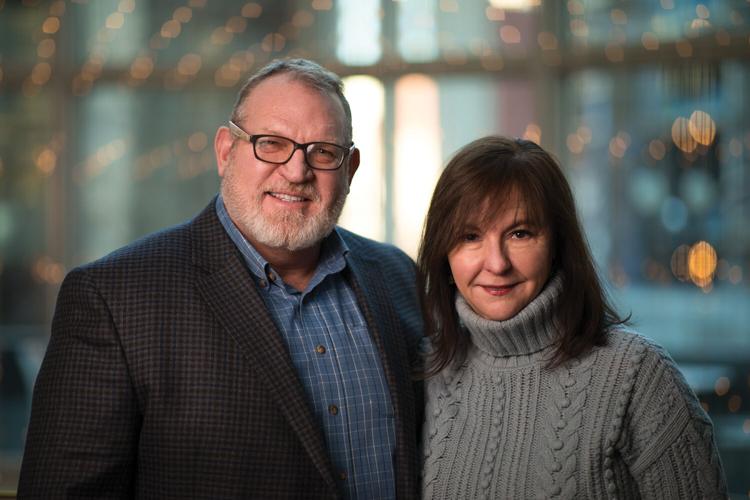 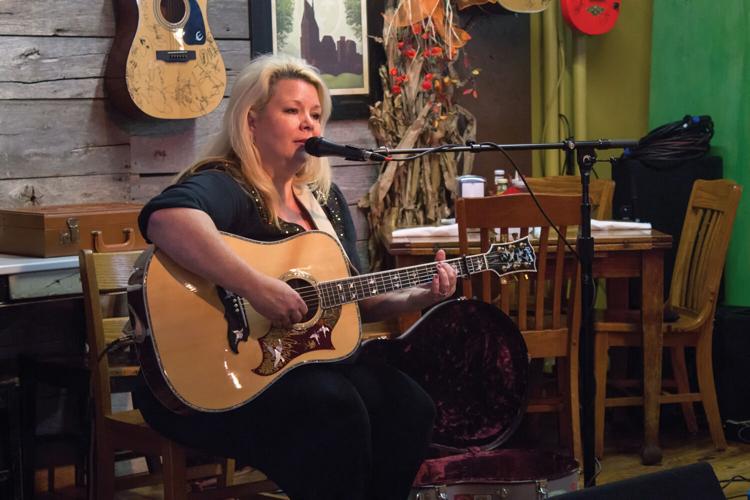 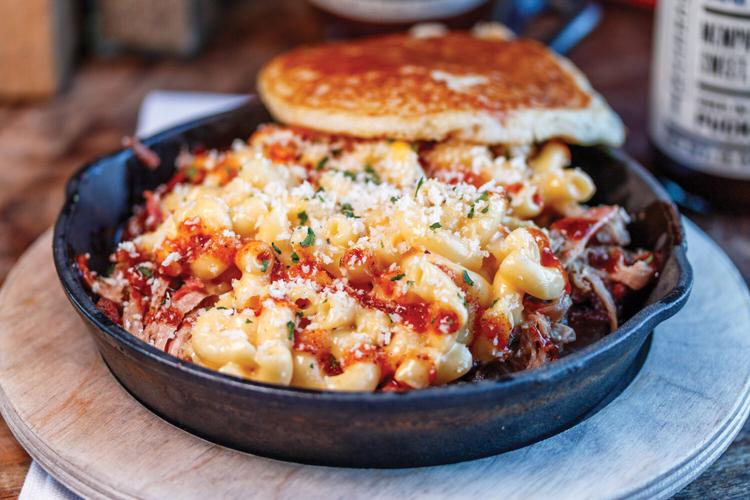 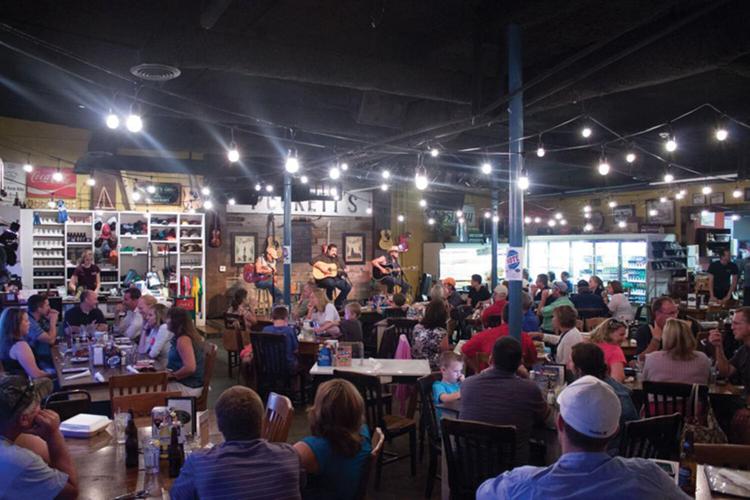 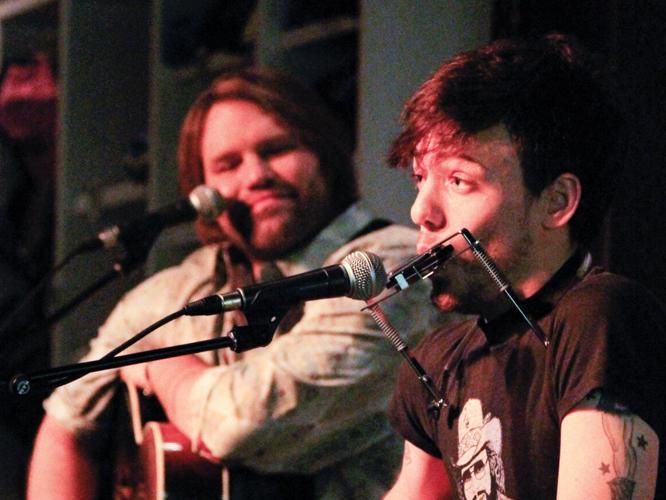 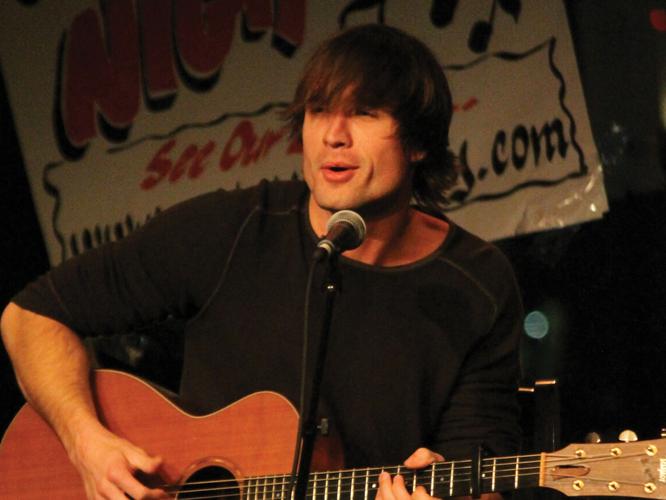 Music to eat by

If you’ve been in Franklin long enough, chances are you have either eaten at, shopped at or enjoyed the music at Puckett’s Grocery & Restaurant. It’s a beloved local institution founded by restaurateur, Andy Marshall of A. Marshall Hospitality. The crossroads of food and music creates an excitement for our senses that is undeniable and Puckett’s has mastered the art of syncing the joy of music with our hungry appetites to provide an atmosphere that brings us back again and again.

In 1998, Andy saw an opportunity to open the original Puckett’s, combining his former career in the grocery business with his love of food and people. In 2002, he realized that there were many local songwriters and artists that wanted to play their music closer to home and be able to bring their families. A family setting wasn’t always provided by other venues. So many artists out towards Leipers Fork, found it to be a refreshing opportunity to play closer to home and not have to travel to Nashville.

“Music is a part of our hometown,” Andy says. “It became essential to the character and culture of our business. I’m honored to have had so many great songwriters and artists grace our stage through the last 20 years.”

Amy Whidby, Creative Director for Puckett’s remembers that time. “Back then there wasn’t really as much going on for live music in our neck of the woods,” she says. “We booked shows mainly consisting of songwriters and songwriter rounds. We didn’t start booking actual bands until the Franklin location opened in 2004,” she adds.

She also remembers some of those early song crafters who took the stage. Alex Harvey (famous for writing Tanya Tucker’s ‘Delta Dawn’) was the very first songwriter to play there. Other early performers included Wynn Varble (‘Have You Forgotten’ w/ Daryl Worley), Joey and Rory (‘Some Beach’ Blake Shelton by Rory, ‘When I’m Gone’ Joey), Leslie Satcher (‘When God-Fearin’ Women Get the Blues’ Martina McBride), Casey Beathard (‘Boys of Fall’ ‘No Shoes, No Shirt, No Problem’ Kenny Chesney), and so many more.

Andy would later open Puckett’s Nashville in 2010 and Columbia in 2013 and the music tradition only expanded. Continuing to create an authentic experience for visitors and locals in his hometown, Andy and his staff have curated a grouping of restaurants that places emphasis on great food and killer music. The list of artists who have now made their way through Puckett’s doors and played the stages is impressive and many were playing music there before they ever made it big. Artists like Jimmy Allen, Walker Hayes, Chris Janson, Joey and Rory, Maddie and Tae, Carly Pearce, Thomas Rhett, Brett Eldridge, Brett Young, Kelsey Ballerini and more all played Puckett’s explicitly before they hit it big and were ever on the radio. All lived locally and all had found a place to play their music.

“Music is to Puckett’s what sweet ice tea is the south,” Amy says. “It’s a natural fit. We have a heart for the songwriter. We also love bands. When Andy started booking it was because the songwriters and session players who had worked on everything under the sun wanted a place close to home to perform at,” she says. Amy booked Puckett’s for about 5 years before moving solely into her current position as Creative Director. “We would tell up and coming artists that they could feel free to play their own songs and we gave them the freedom to play originals. That was different from other places. It’s kind of our signature,” she adds.

One night in particular rings in Amy’s memory as extra special. “Rivers Rutherford was playing and he sang the song, “When I Get Where I’m Going,” a story about his grandfather. He came off the stage, stood in the middle of the restaurant and sang it at the top of his lungs,” Amy recalls. “It’s a true story for him and it was already personal. A true story from him. You could have heard a pin drop.”

Amy also loved the discovery of new talent. She recalls walking on the streets of Nashville years ago and being stopped in her tracks by a great slide guitarist (think Bonnie Raitt style) with an incredible voice. Matt Tedder was a “real bluesy kid” playing right in front of the old Ernest Tubb Record Store. He eventually played Puckett’s and went on to continue his music career but she’s never forgotten the excitement of hearing such a one-of-a-kind voice.

This summer and fall, Puckett’s is celebrating 20 years of bringing southern food and live music to the community. This 20th Anniversary Celebration will take place this summer with special shows at every Puckett’s location, featuring some of their favorite songwriters they’ve worked with over the last 20 years, along with some great up and comers. All of this leads up to the big grand celebration show in September in Franklin!

Details are still being worked out, but Amy and current music booker, Ricky Armentrout (also a part of the Puckett’s family since the opening of Leipers Fork in 1998,) are incredibly excited for the future. The September show will also be a fundraiser for BrightStone (a local non-profit, 501c3, work and life-long learning program for adults who live each day with developmental disabilities), an organization that is near and dear to Andy’s heart and fits perfectly into Puckett’s history of pouring into their local communities they serve.

Andy is proud of Puckett’s musical offerings. “Our goal was and still is to deliver an experience that treats our guests like family and have them leave as a fan,” he says.

Amy and the entire Puckett’s crew are truly looking forward to celebrating this musical milestone with the communities they serve. “We plan to take the September show outside so the whole community can enjoy it! We’ll be releasing details on the lineup, tickets prices and sponsor info soon!”