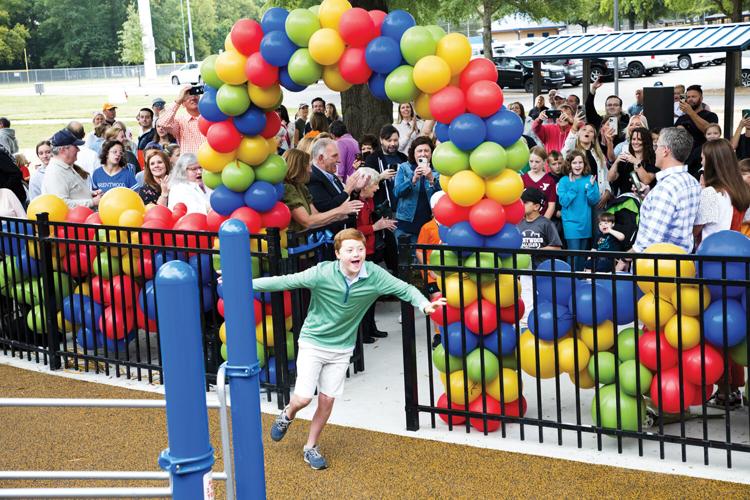 Miles Peck is the first to enter the Miles Together playground 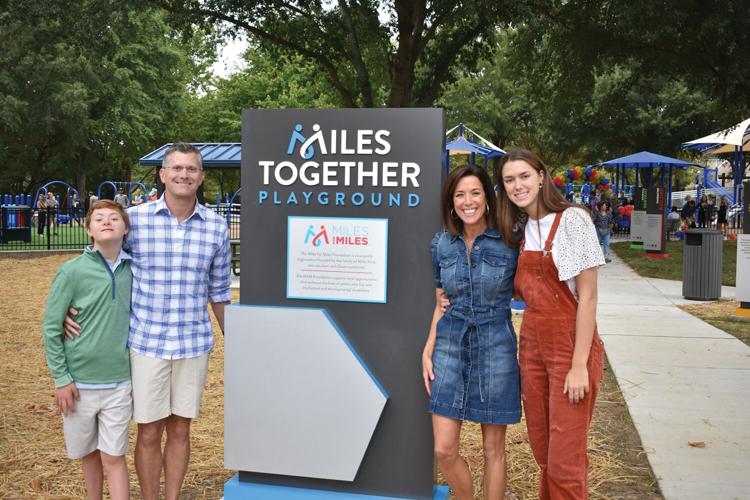 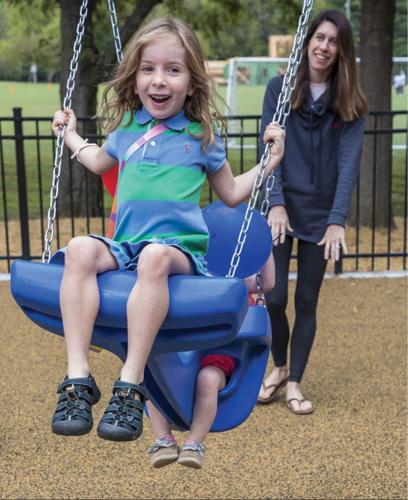 Enjoying the swings at the new inclusive playground. 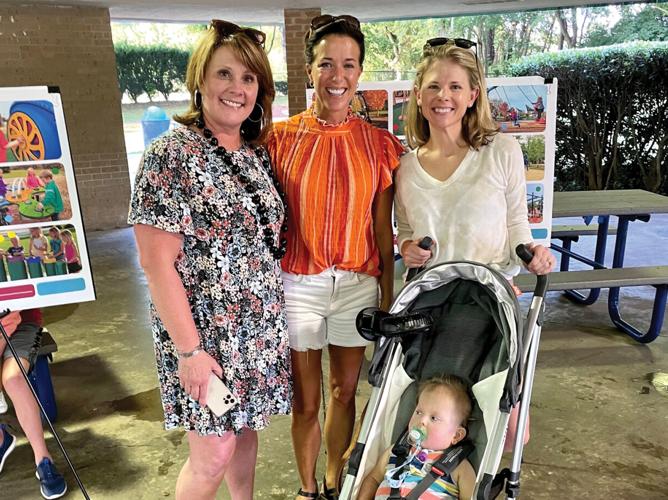 Leigh Williams, Kara Peck and Cory Hardwick with son Hank in the stroller at the community event where people voted on the equipment for the playground. 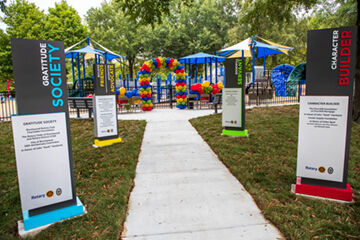 Entrance to the new Miles Together playground

Miles Peck is the first to enter the Miles Together playground

Enjoying the swings at the new inclusive playground.

Leigh Williams, Kara Peck and Cory Hardwick with son Hank in the stroller at the community event where people voted on the equipment for the playground.

Entrance to the new Miles Together playground

The Miles Together inclusive playground at Granny White Park in Brentwood opened in September to great excitement. A park that will serve all families, a community celebration was held with Miles Peck, whom the park is named for welcoming everyone to the grand opening.

Miles then said the words everyone had been waiting for: “Let’s play now!” He led his friends and other children through the gate where they began running to see all the new equipment inside the park.

An inclusive playground is a place where all children can play and have a similar experience. The equipment is designed for children of all abilities to have a safe and fun place to play. Prior to the opening of the Miles Together playground, children with diverse needs were not able to enjoy playing at local playgrounds because the equipment was not designed to meet their needs.

The Miles 4 Miles Foundation, established by Kara and Chris Peck to honor their son Miles who has Down Syndrome, donated $350,000 for naming rights of the park.

“The Miles for Miles Foundation is thrilled to be included in the inclusive playground at Granny White Park,” she said. “We are so proud our community recognized the need for upgraded play space for all children and families regardless of ability.”

Cory Hardwick, mother of Hank who is a “Playground Pal,” first contacted the city because it annoyed her that she had to drive out of the city to find a place where she could take her son to play. She would eventually join the ad hoc committee with the city and help spearhead fundraising for the park with other committee members.

Leigh Williams whose daughter Maddox was the beloved “Baby Shark” in the city of Brentwood’s 50 birthday parade in April 2019. Sadly, Maddox died in July of 2019. A member of the Brentwood noon club, Williams made it her mission to fundraise in memory of her daughter who like Miles was born with Down Syndrome.

Kara Peck mentioned at the grand opening the special relationships she now has with both Hardwick and Williams. A mother’s bond brought together in honoring their children and wanting all children to have a place to play.

In 2019 the city of Brentwood’s 50th committee voted to donate the remainder of the money they raised to the playground. In early 2020 Rotarians and community members came together with a united mission to help families like the Hardwick’s and many others have a playground that was accessible to all children.

The Miles Together Playground became a reality after two years of fundraising, planning, dreaming, and constructing. The project was a joint venture between the Brentwood Rotary Clubs, the Brentwood Rotary Club Charitable Foundation, and the city of Brentwood. The Rotary clubs were responsible for raising over $700,000. The final cost of the project was estimated at $1.7 million and included the expansion of the adjacent parking lot.

Mayor Rhea Little said. “This is the best example of true teamwork between the city and the community when they work together toward a common goal.”

Sarah Johnson, chairperson for the Miles Together playground fundraising committee, and a member of the Brentwood Noon Rotary Club introduced the volunteers who raised the money to make the playground possible: Leigh Williams Goodgine, Ann McKinney, Jodi Rall, Betsy Crossley, and Roger Greenup.

“The Rotary felt led to get involved because we wanted to do something to give back into the community in a meaningful way,” Johnson said. “We wanted a large project that aligns with the mission of Rotary, and we knew this was it.”

The theme throughout the Miles Together playground represents the Rotary Four Way Test, building inclusion and character. Courage, being a goodwill servant of character and building friends are some of the signage around the playground.

Kirk Bednar, city manager for Brentwood and fellow Rotarian, thanked the community volunteers and Rotarians who made the playground opening a reality.

“Brentwood based company, The Parent Company, broke ground and began work in December and just nine months later, here we stand,” Bednar said. “We appreciate their hard work and attention to detail along every part of the process.”

The Miles Together Inclusive Playground is located at Granny White Park at 610 Granny White Pike in Brentwood. The park is open from dusk to dawn seven days a week. To learn more about the playground, visit the city of Brentwood’s website at https://www.brentwoodtn.gov.

In the Loop: Steak & Burger Dinner for the Boys & Girls Clubs of Middle Tennessee

In the Loop: Raise the Roofs

In the Loop: Leadership Franklin

In the Loop: Pilgrimage

In the Loop: The Franklin Justice and Equity Coalition (FJEC) Juneteenth celebration