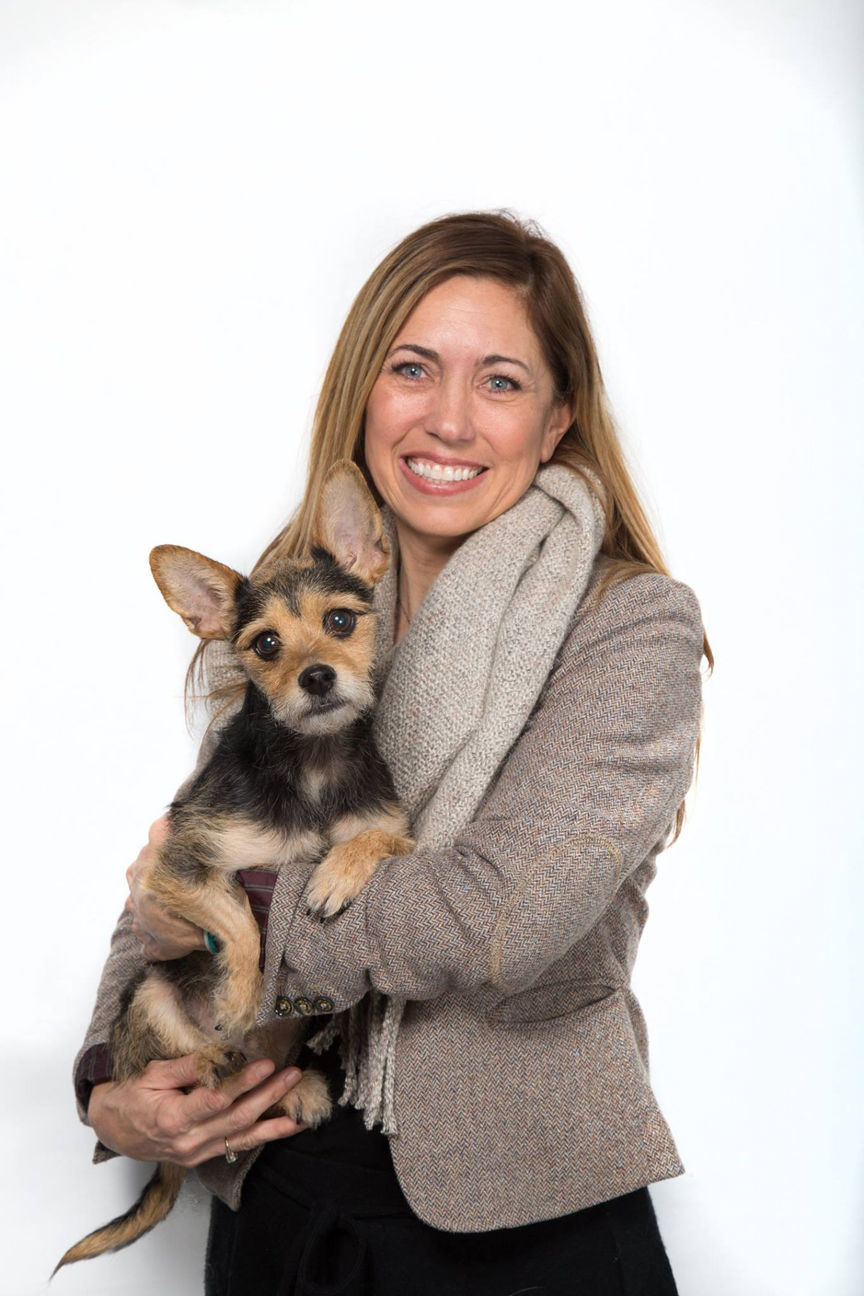 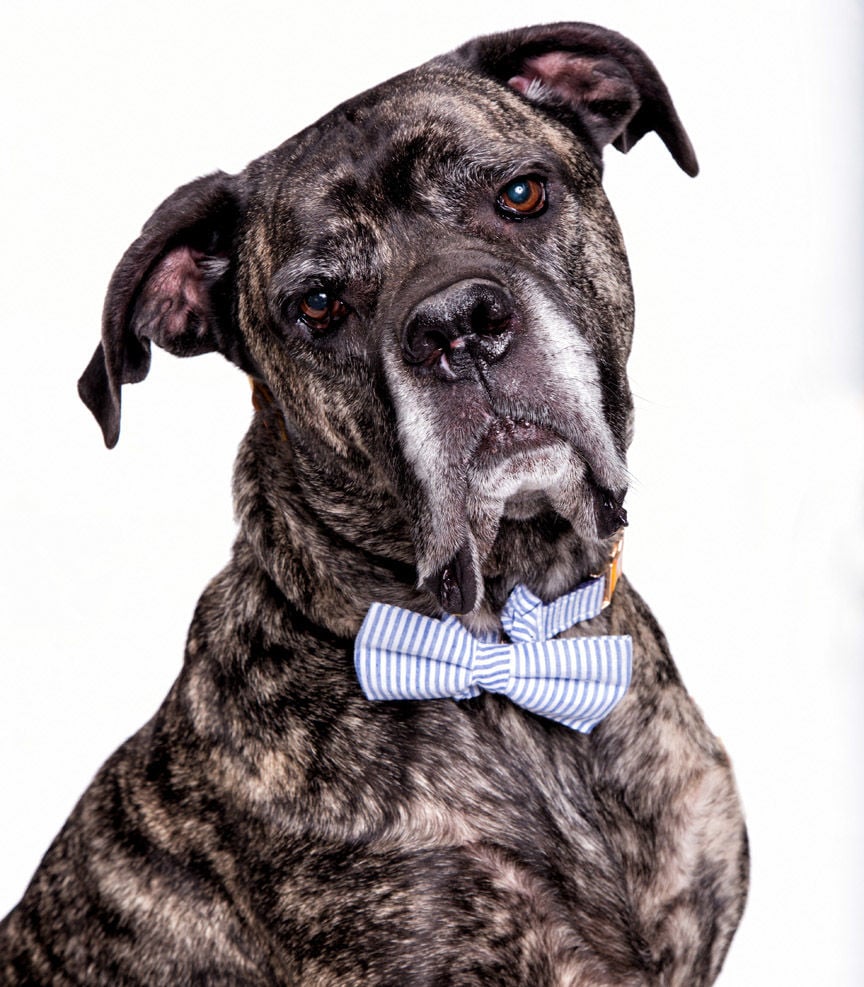 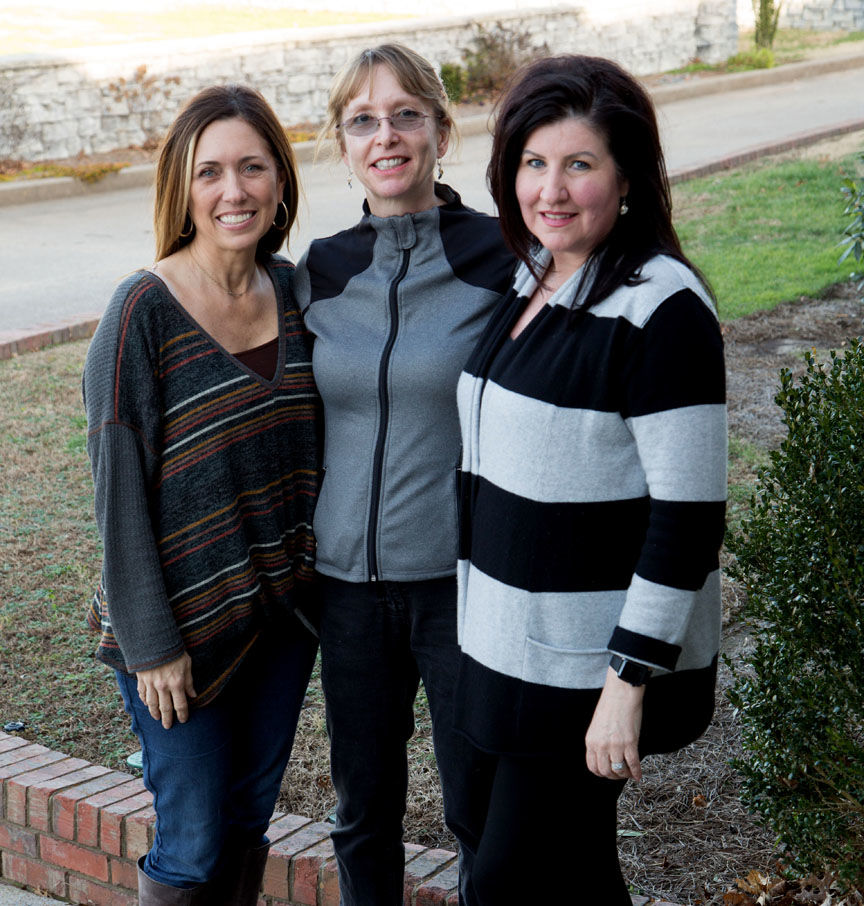 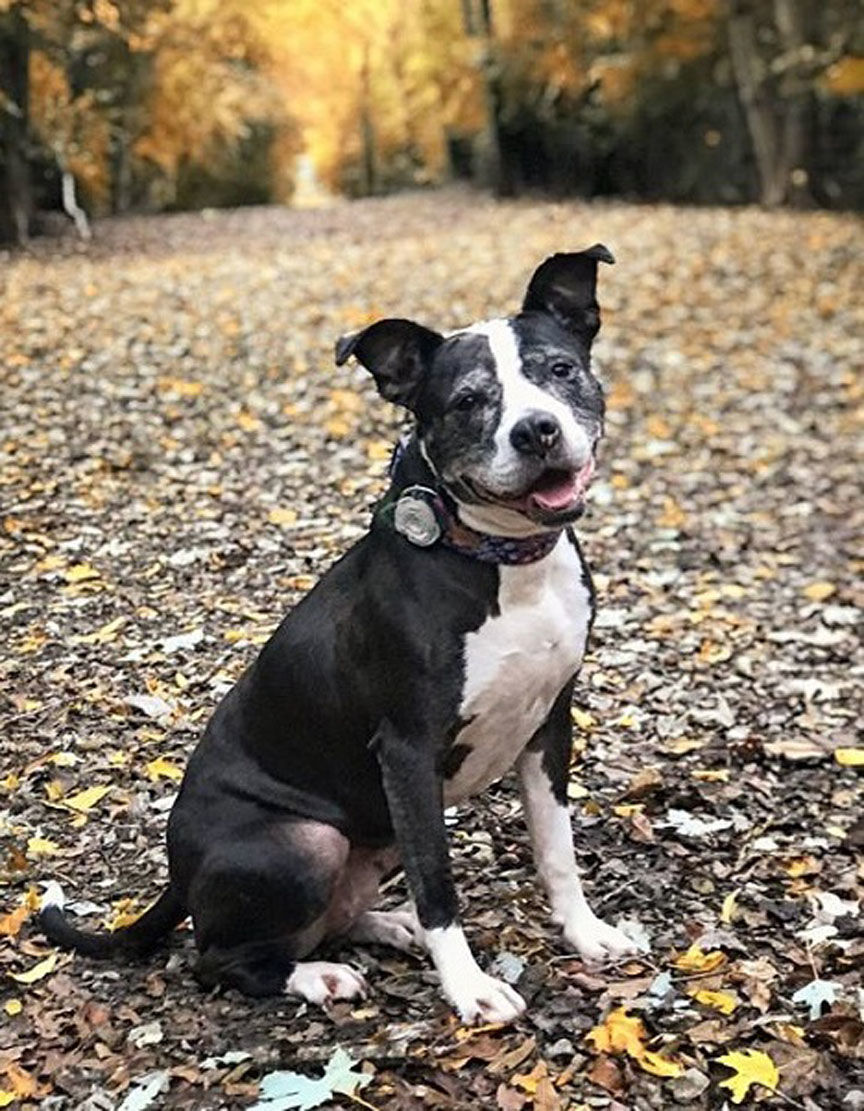 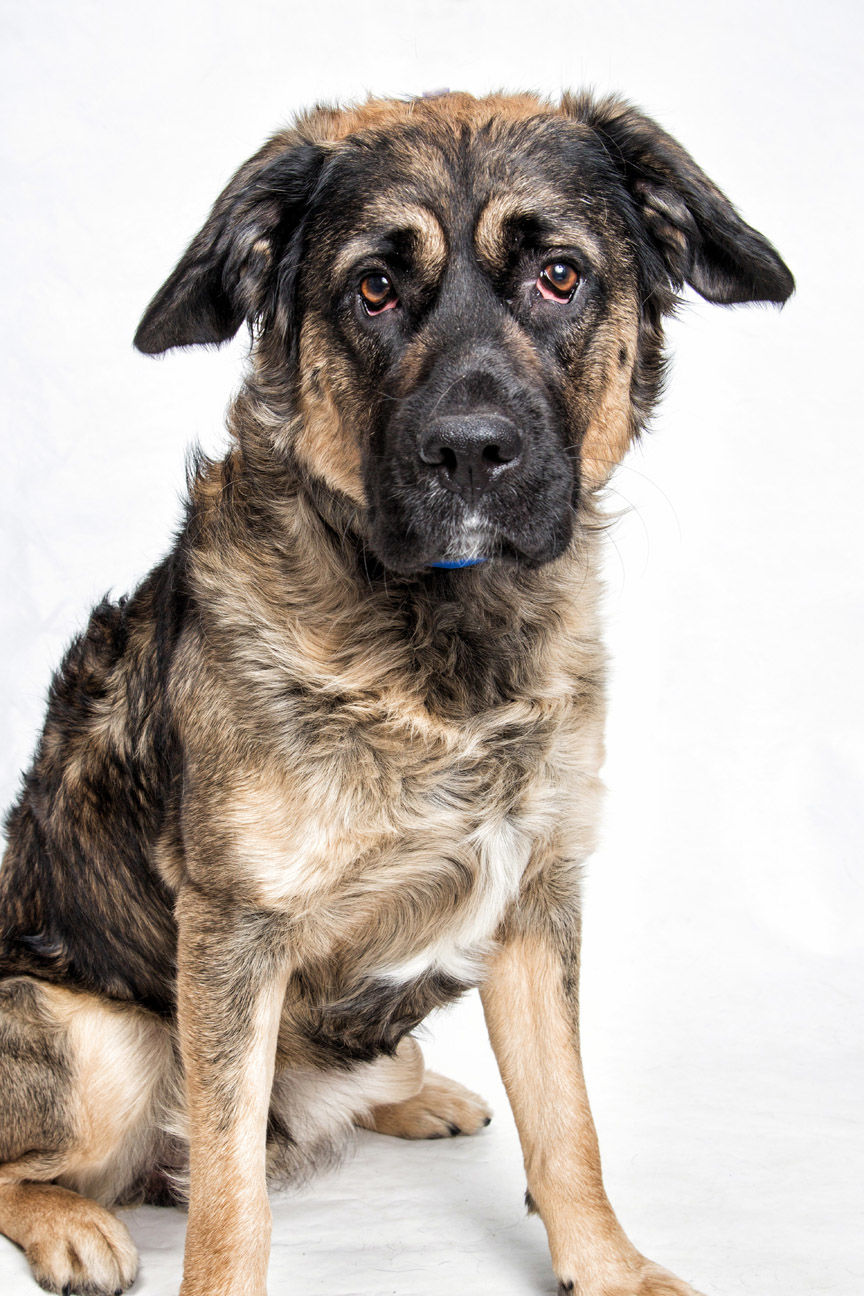 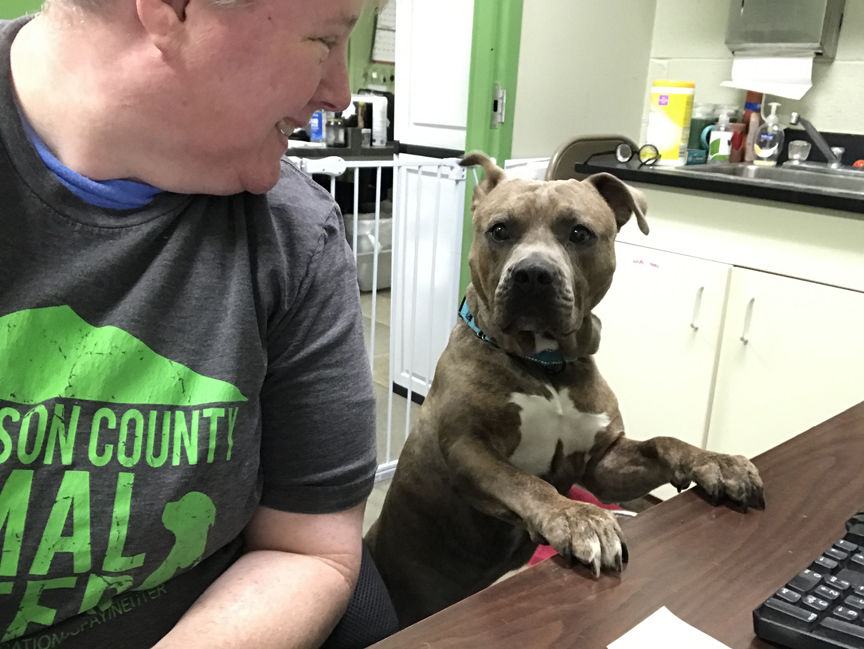 Ondrea Johnson has her dream job.  A life long animal lover and advocate, she took the reins of Williamson County Animal Center a year ago.

“I love my job and the work we do,” she said.  “We have a total of about 4,000 dogs and cats come here in a year.  We are a no-kill shelter.  We find homes for all these homeless, lost or surrendered pets. We work with rescues, with individuals, with anyone and everyone who will help us find a good home for each cat or dog.  It’s so fulfilling.”

She and her husband, Glenn Johnson, have three goats, one horse, two cats and seven dogs of their own.  And she has rescued fur babies long before she came to WCAC.

“I started rescuing animals myself in 1992.  First cats, then dogs.  I was single then and cats were easier to care for while I worked.  I lived in Hawaii for a while where again, I rescued animals,” she said.

Once she moved to Franklin, she first worked with a local Golden Retriever rescue, then she joined efforts at Snooty Giggles Rescue.

“Saving and caring for animals is my passion,” she said. “As you might imagine, being involved with finding homes for about 4,000 in a year is an over the top job for me.”

WCAC is a county funded facility, but much more is needed funds wise to keep up with the growing animal and human population in Williamson.  In light of that, the County is funding a brand new facility.  The current Center has 18,000 square feet.  The new center will have around 35,000 square feet.

“And that’s another dream come true, to be able to save more animals, house and care for them until we find forever homes for each of them,” she said.

The County hopes to break ground on the new facility this spring.

As an unofficial kick off before construction begins, Johnson and a cadre of devoted volunteers are organizing a first ever fundraiser, A Pawsome Gala on Thursday, March 7 at The Barn at Sycamore Farms. Orchestrating the event is Friends of Williamson County Animal Center, a non-profit group dedicated to improving the Center and the lives of the animals it serves.

“While the county funds the facility, there are more needs we want to address,” she said.  “Thanks to the non-profit Friends of Williamson County Animal Center and funds raised at the gala, monies raised will help with things like making walking paths on the property, purchasing state-of-the-art medical and ventilation equipment, and other extras that will help us care for these animals in a first-class facility.”

Chairing A Pawsome Gala are Edie Hoback and Claudia Parker, two long term volunteers and supporters of Friends and the Center..

They are supported by the Friends board and tons of additional volunteers.

“It’s going to be a fun event,” says Johnson.  “We’ll have a buffet dinner, serve wine and beer, have a live band and a live and silent auction.  It begins at 6:00. The event space is fantastic and will work well for us. Guests will enjoy the evening while helping our beloved animals.”

Tickets are $100 per person and may be purchased online at friendsofwcac.com.  F&M Bank is the presenting sponsor. Also lined up as sponsors are Berry Farms Animal Hospital, Oversight Solutions and Buerger, Mosely, and Carson, just to name a few.

The event sells out at 250; Johnson encourages attendees to purchase their tickets right away.

The live auction contains some terrific trips, including a Viking River Cruise, and other fantastic items.  The silent auction will be a cornucopia of must haves and just wants.  Area merchants, restaurants, boutiques and major sports entities are contributing.

“Of course, we would love for anyone who wants to sponsor or donate an item or items to contact us here at the Center,” she said.

In addition to the new facility and the new fundraiser, Johnson says another initiative for 2019 is to address the cat population in Williamson.

“We want to educate the public about the growing cat population.  Kitten season begins in March and runs until November.  A female cat can have three litters during those months. It’s really a problem.  During summer months the shelter is burdened with over 300 cats and kittens per month.  Through the Community Foundation of Middle Tennessee, Friends of WCAC has funded a spay neuter program for cats.  Call the shelter for more details,” she said.

Often people find a litter of kittens but don’t see the mother.  With all good intentions, they bring the kittens to the Center.

“We get them sometimes at four days old; they must be bottle fed, nurtured, provided heated sleeping pads and loved until they are old enough to adopt out.  If you see a litter of kittens, do not bring them in.  You may not see the mother, but she will be back to care for them. And by all means, it is a must to get your cats spayed or neutered,” she said.

The Barn at Sycamore Farms

Vicki Stout serves as SEM’s Travel and Food Editor. She is also a freelance writer and marketing and public relations consultant.