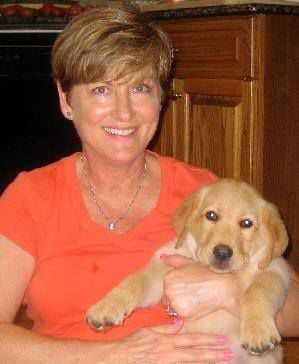 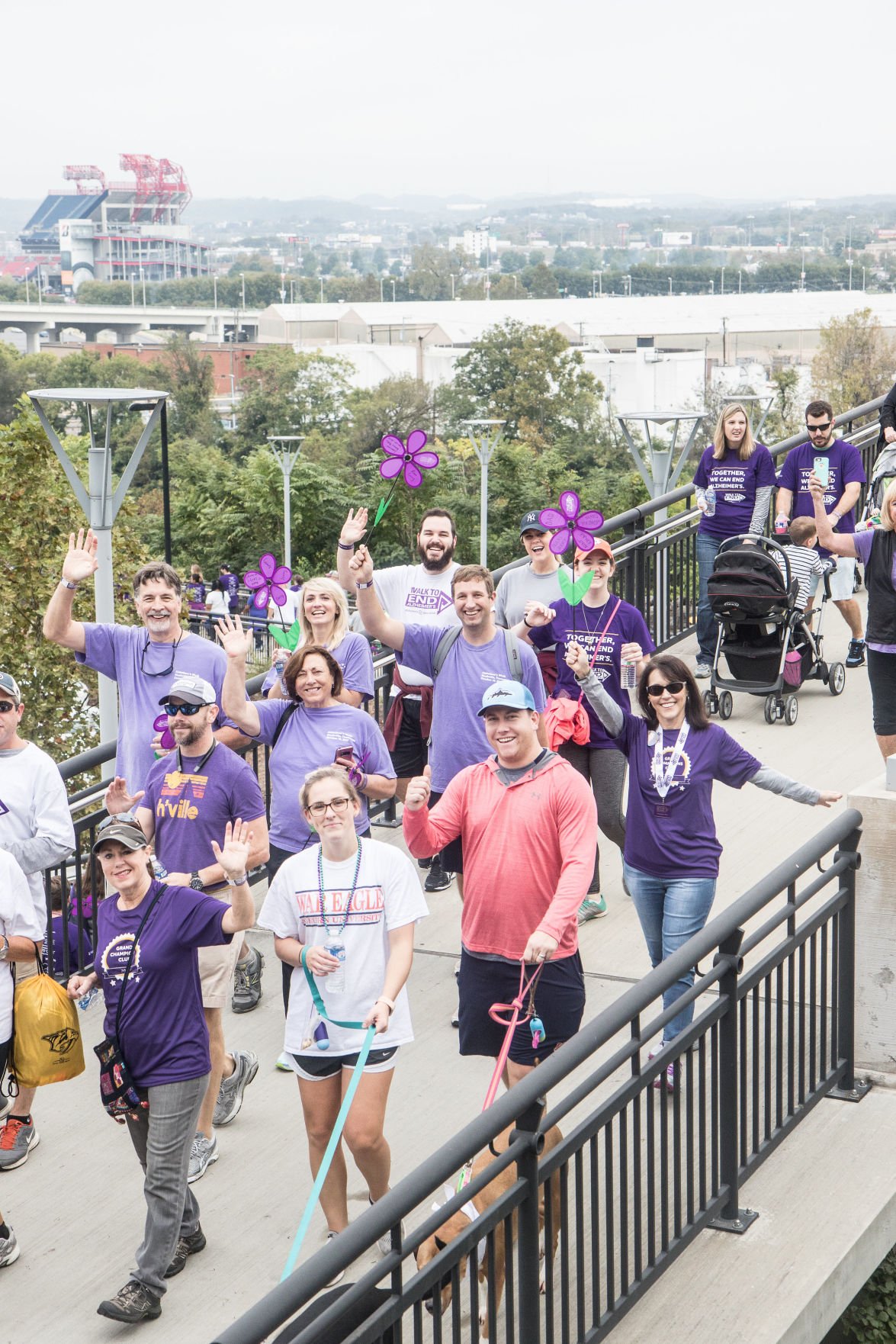 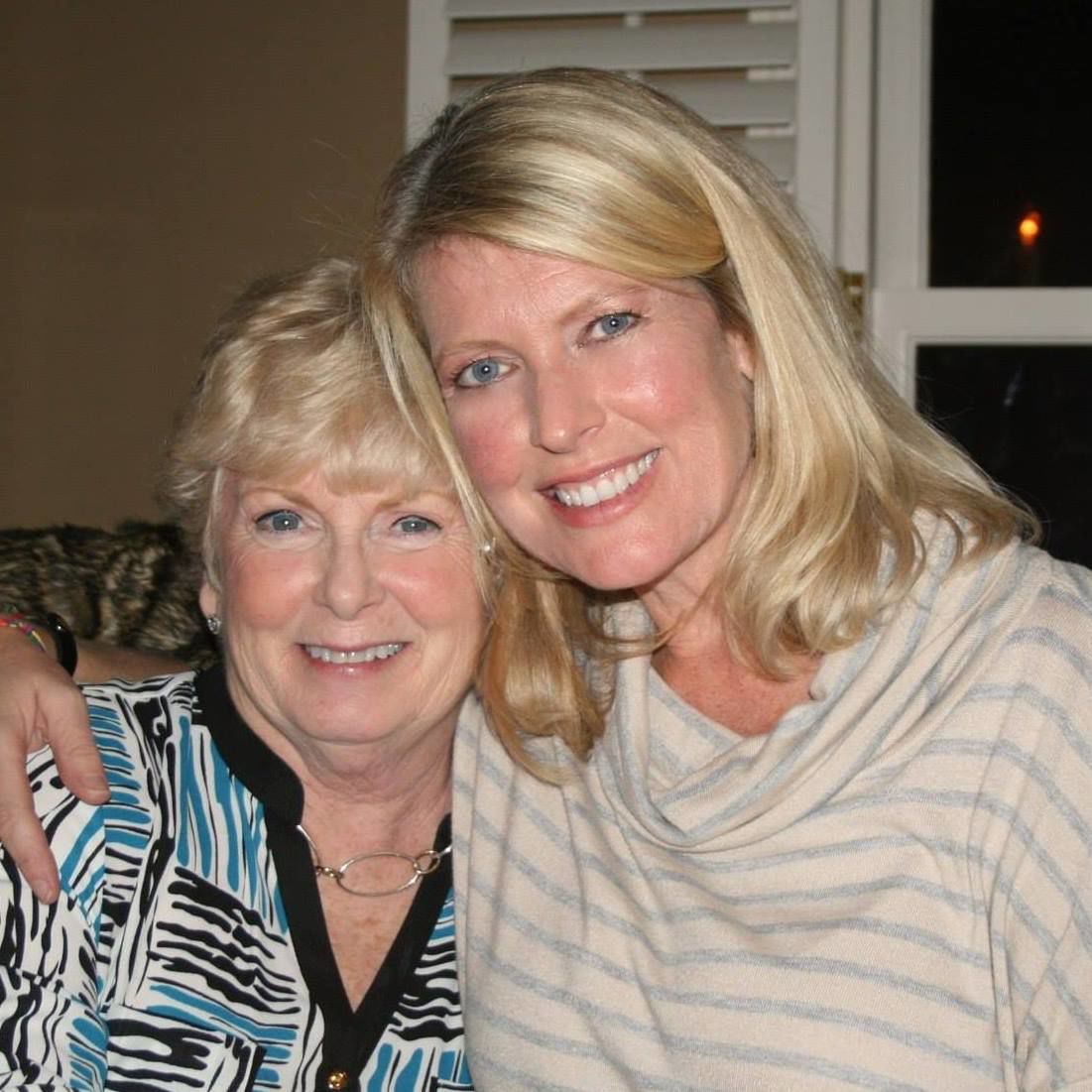 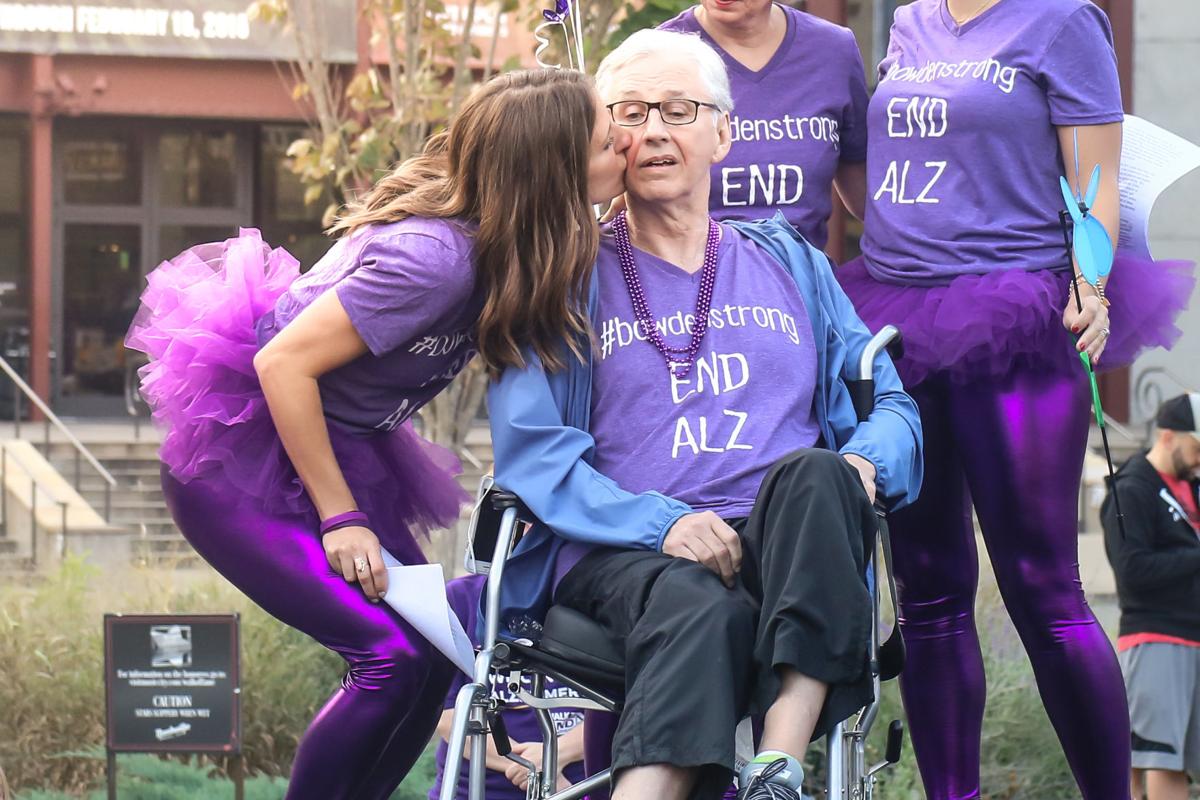 Alex Soffer, Co Chair of the 2018 Walk to End Alzheimer's gives her dad, Tom Bowden a kiss on the cheek.

Alex Soffer, Co Chair of the 2018 Walk to End Alzheimer's gives her dad, Tom Bowden a kiss on the cheek.

Tragically, her story is all too familiar to some of us.  The details differ.  The timelines change. But the effects of Alzheimer’s disease remain consistent in one way: it takes.

Some families and individuals are paralyzed with grief.  Others come out swinging. They can’t change the past or rewrite history and the outcome of their tale.  But they are determined to channel the pain and suffering and loss to wage an all out war against the perpetrator.

Leiper’s Fork resident Laura Musgrave is one of the latter.

Her beloved sister, Joanne Teicher, was diagnosed with Alzheimer’s at age 51.  She died at age 59. Musgrave was with her in South Florida when Joanne took her last breath.

“On the day Joanne died, I got on the phone with Tiffany Cloud at the Alzheimer’s Association’s Mid-South Chapter in Nashville.”

“I have a story to tell,” said Musgrave.

“I flew home from Florida on Monday and by Wednesday I was volunteering for the Alzheimer’s Association and immediately began advocating on Capitol Hill for the Tennessee Commissioner of Health to designate the disease as a public health issue,” she said.

Musgrave began recruiting people who have their own stories to tell and who would share them with the State Legislature.

I was one of the willing recruits.

My own story has many layers.  My grandmother died of what they called “hardening of the arteries” in 1986.  We now call it Alzheimer’s.  I was 16 at the time of her passing.

Mom was later diagnosed at the age of 62 when I was a college student. She lost her battle with the disease when she was just 76 (three years after losing my dad to cancer). My sister Suzie and I were her caregivers.  My children were young; my daughter Maggie was two and a half years old.  My son, Derby, was just six months old to the day.

We joked that we would never fall victim to this horrible illness. The joke was on us.

Suzie was diagnosed at age 60.  That was eight years ago, and she is now in the latter stages of this dreadful disease.  She resides in an Alzheimer’s Memory care unit in Bellevue.

I am honored to join forces with Laura Musgrave and countless others; we are out to change the course of Alzheimer’s. Like many others, I don’t want to fall victim to this relentless disease.

Laura invited me, and I enthusiastically agreed, to help her advocate on Capitol Hill.  Her persistent efforts, along with many others, have culminated in the State Senate’s passing of Joint Resolution 0619 which designates Alzheimer’s as a public health issue by the Health Commissioner of Tennessee.

It has been my honor to join Laura in her tireless efforts; I was honored to share my own story with the legislators.

This legislation is the only of its kind passed in the State of Tennessee and one of the first in the nation.  It’s a huge step forward in the war against the disease.

Laura and I recently asked the City of Franklin and Mayor Ken Moore to proclaim June as National Alzheimer’s Month in coordination with our nation’s simultaneous recognition.  The proclamation was read at the Board of Mayor and Alderman meeting on May 22.

And, Laura has been appointed chair of the Saturday, Oct. 27 Walk to End Alzheimer’s at the Walk of Fame Park in Nashville.  I am honored to have been selected as a speaker at this annual event.

Like Laura and the hundreds of others who will participate, I have a story to tell.  I encourage not just folks here in Williamson County, but throughout the Middle Tennessee region, to lace up their walking shoes and come join us in the Walk.

We are not alone in this fight.  We all have a story to tell and if we are brave enough to share our stories we will change the course of Alzheimer’s disease and its effects on the ones we love.

And we will honor the ones who have gone before us.

For more info on the Walk, visit act.alz.org.

Cassie Jones is the Director of Sales for the Williamson Herald and Southern Exposure Magazine. She is the proud mother of Maggie (14) and Derby (12). She is a self-proclaimed lover of food, music, art and her community.