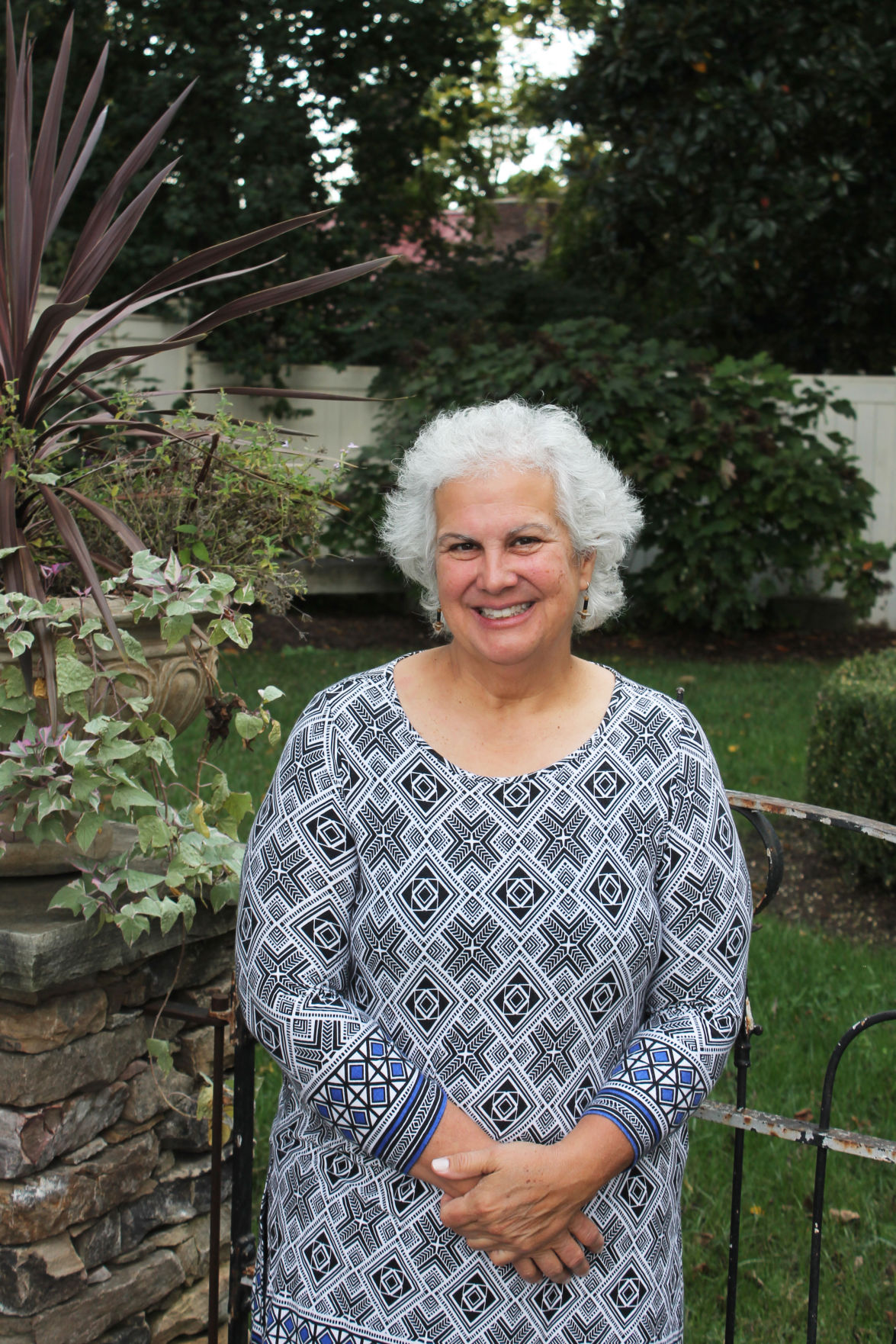 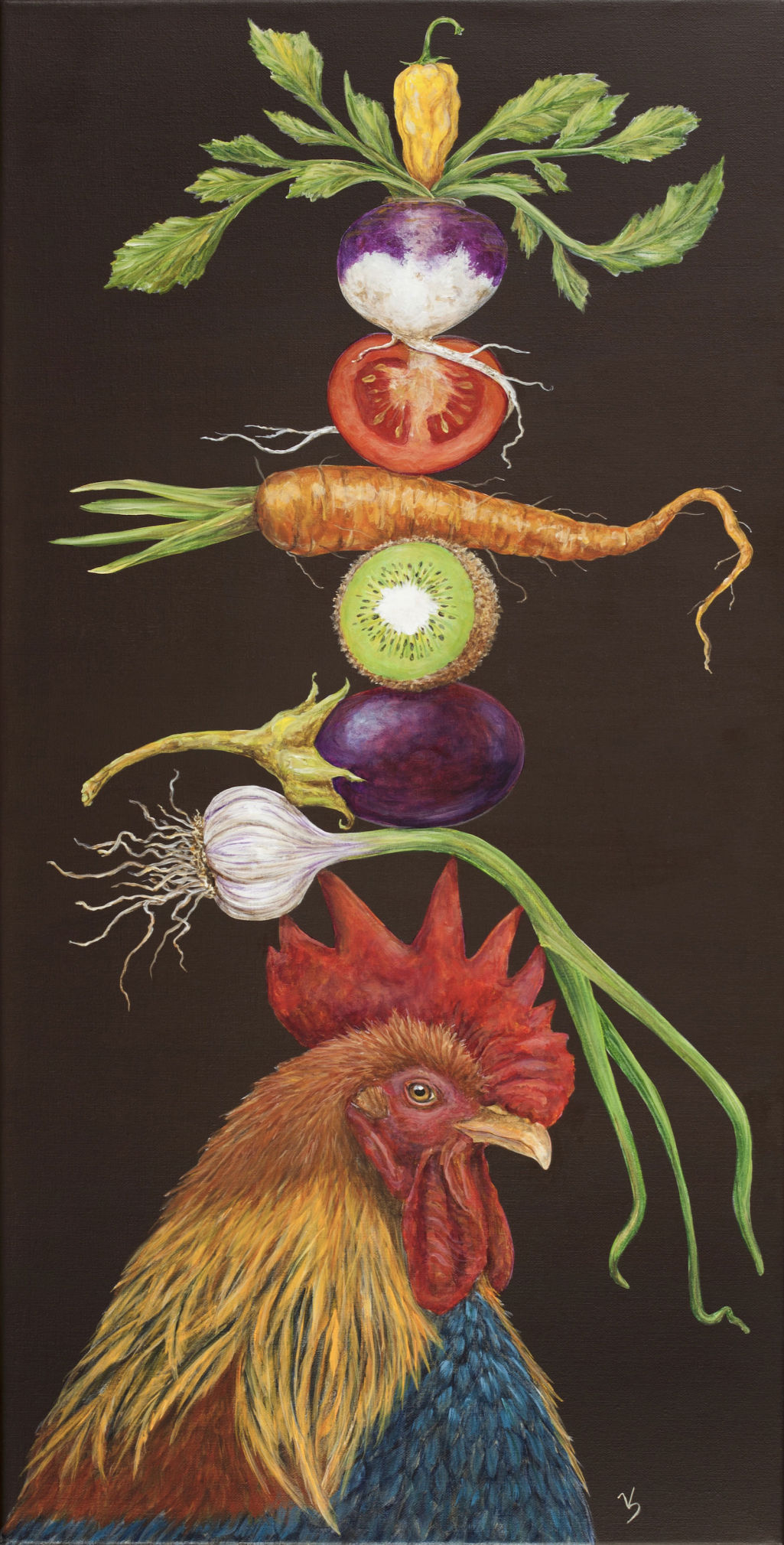 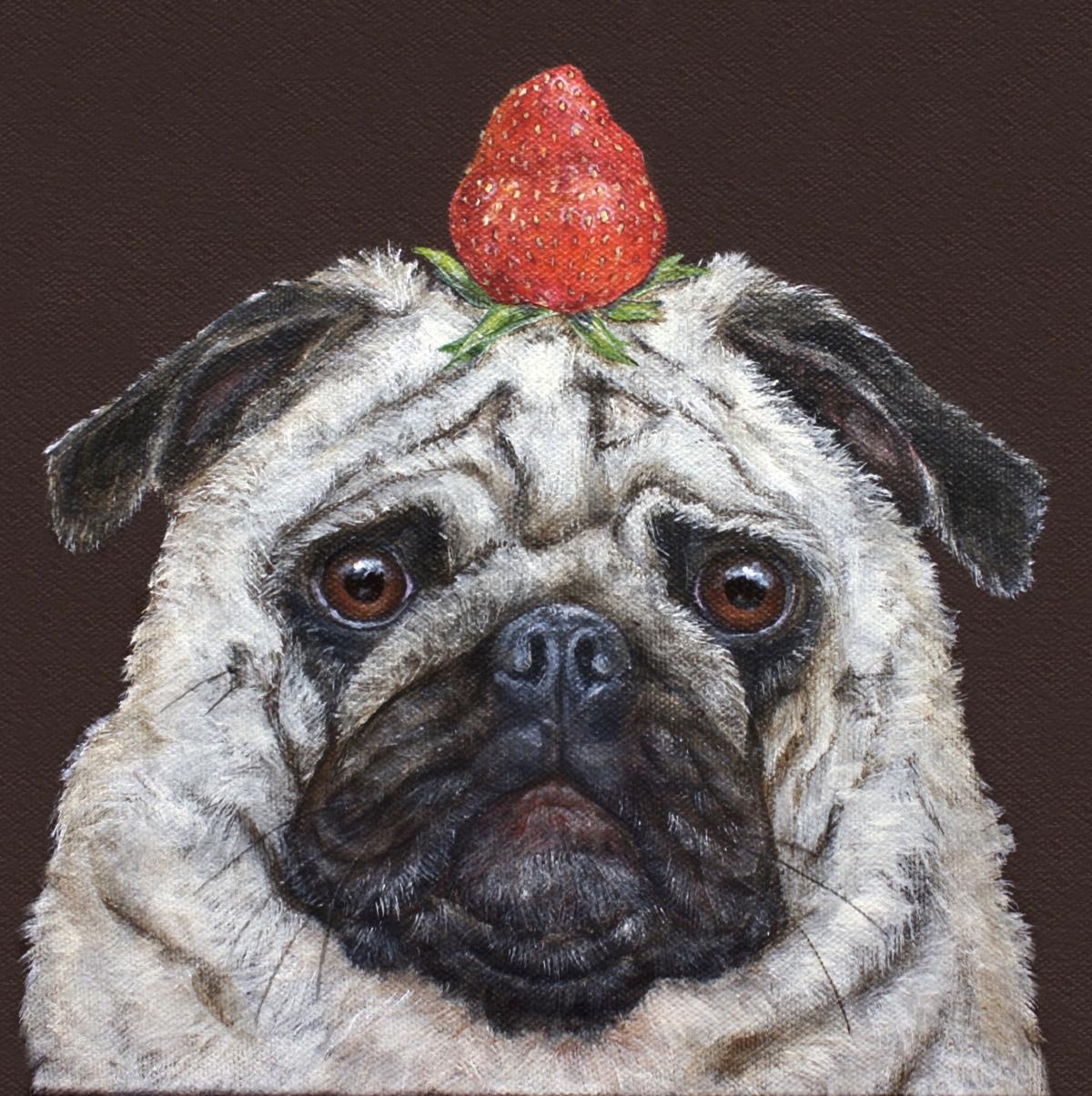 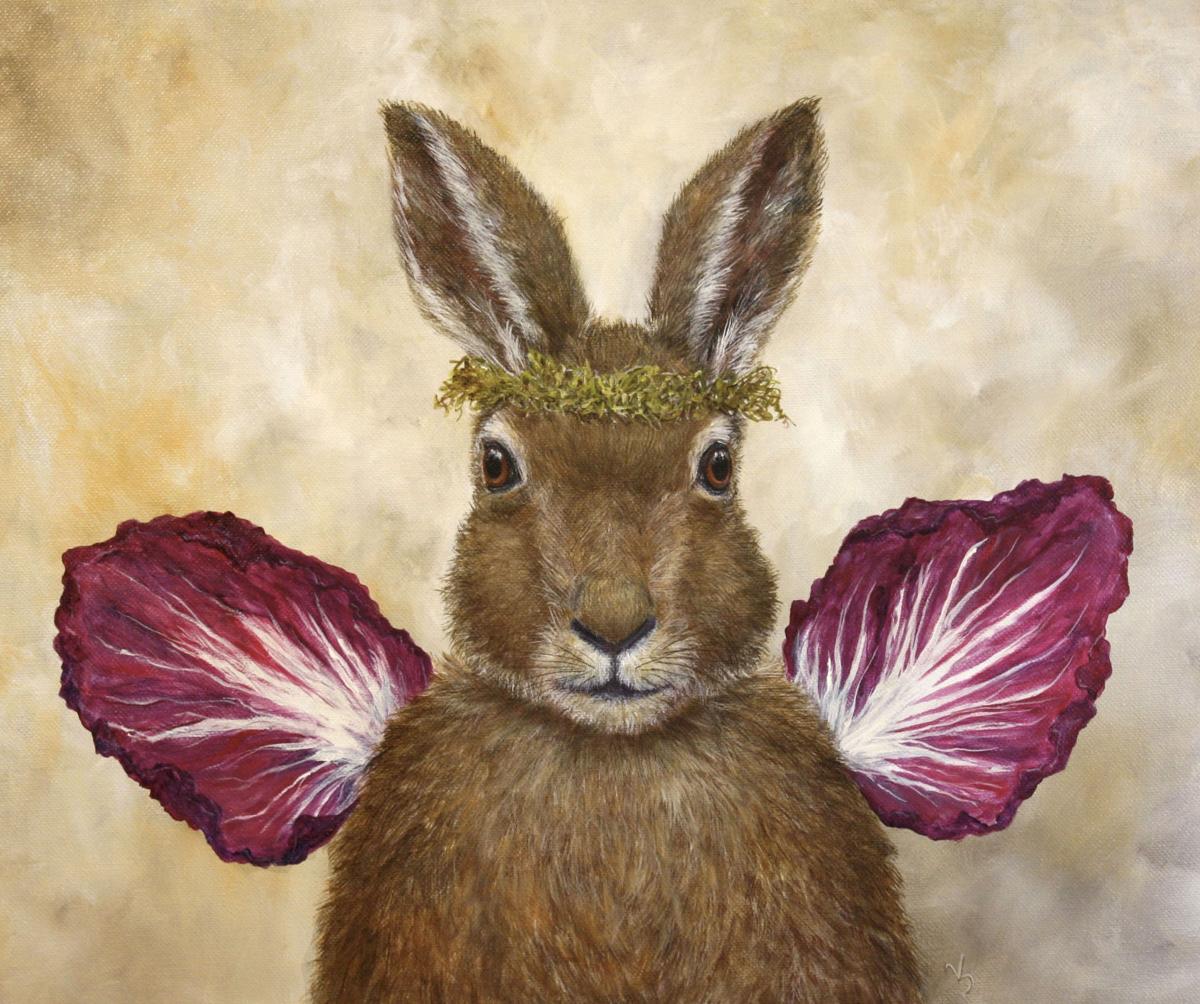 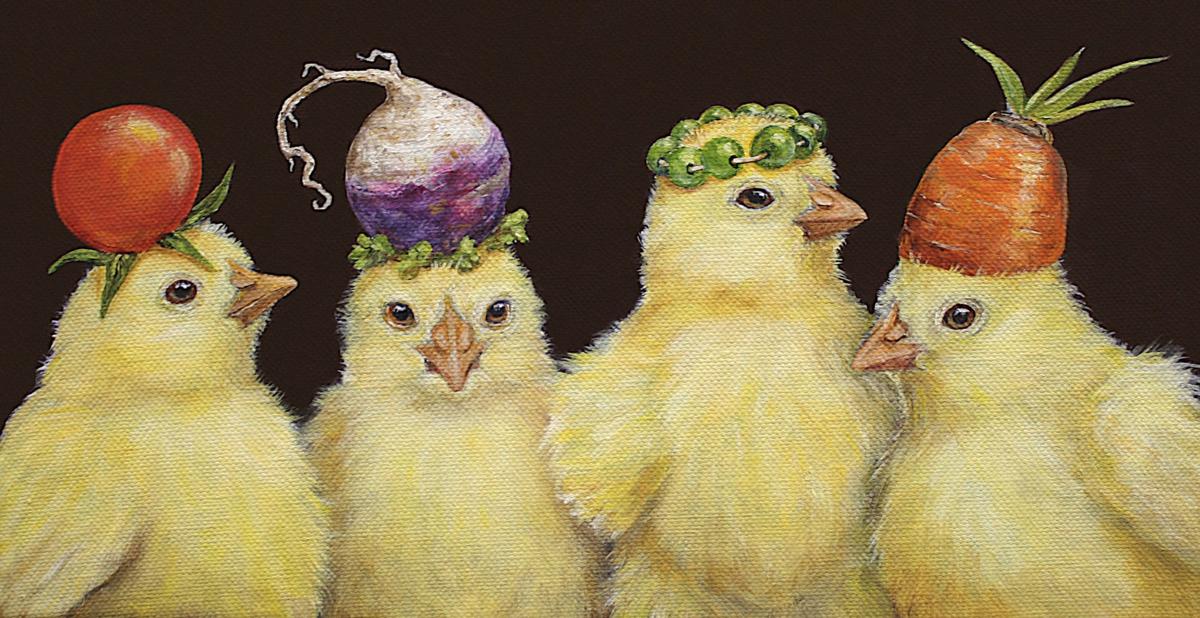 As a young girl, Vicki Sawyer delighted in learning about all things in nature. She especially loved walking alongside her grandfather who taught her how to identify the different plants they would see on their walks together. The Pennsylvania woods and outdoor spaces of her childhood set the groundwork for what would later become a lifelong passion. Vicki’s mother shared a childlike joy for the simplest of things and this taught Vicki to be visually aware of her surroundings.  Her father had an intense love for birds, an obvious trait that was passed down and that shows up in Vicki’s work to this day.

Originally from Pittsburgh, Penn., those early outdoor excursions became fodder and landscape for her life as an artist. “I really do love birds,” she says happily as we chat via phone from Tennessee to New York where she recently opened a show at the Joseph Reboli Center in Stonybrook, N.Y. and is preparing to visit with family close by.

Vicki would follow her love of drawing and painting as she grew up and obtain a Bachelor of Fine Arts degree from Penn State, her beloved alma mater. That lead her into the field of graphic design as a professional graphic artist of which turned into years of designing dolls and painting hundreds of murals in New York where she and her husband raised their children.

Vicki and her family spent over 15 years in Stonybrook, N.Y. on Long Island where much of her mural work took place. She says she loved to present the element of surprise in those murals, so if she was painting a room in a home, you might find a bird peeking out from behind a tree, or an animal curled up in the corner, almost as if you had walked into your own private nature sanctuary.

“I did mostly commission work then,” she recalls. “I did whole rooms with murals all over Long Island. In particular, I loved the Great Blue Heron,” she recalls. “Most of the murals I painted featured birds, insects, animals, grasses, and wildflowers. Painting murals gave me an opportunity to display the images I loved as a child.”

Vicki’s work continued to be in demand and after 15 years in New York, she and her family moved here to Franklin.  And here is where they’ve stayed. It was here that her work started to sharpen and her whimsical style took hold.

“Shortly after moving to Tennessee, I went for a walk and thought, “If birds could build nests, then what if they could make hats?” It was this imaginative notion that has been the inspiration for many of Vicki’s animal and bird portraits. Once you’ve seen a Vicki Sawyer painting, there is no mistaking it for another.

Layer upon layer of acrylic paint brings a depth to each painting that gives it a regal appearance. The natural elements of her youthful years still live in each and every creation, balancing the obvious appearance of a master at work with an eccentric view, bringing each animal to life with human expression of adornment.

“I love vegetables, colors, sculptural forms like stacked hats, jewelry,” she says. Matching those elements with birds and animals brings her imagination to life.

Vicki has been so busy in recent years that she’s been able to pull away from doing commission work as well as the fine art shows she participated in for years to focus on the world of licensing. She is well known in certain realms for her distinct style and subject matter and hit a proverbial pot of gold in 2015 when an appetizer plate design she created for Paper Products Design, a company with which she does quite a bit of licensing, was chosen to be a part of Oprah’s “Favorite Things” 2015 list.

“That was pretty fun,” she recalls. “It was an interesting process. A stylist from Oprah’s end of things picks out 500 or so products and stages them for Oprah to then come and choose from. Our piece was lucky enough to make the smaller and final list.”

Some of these favorite designs started with her regular everyday paintings. “One of my paintings was of a stack of veggies. It was featured at the Tomato Arts Festival in East Nashville,” she says. “Paper Products Design then replicated that on dish towels because of its vertical orientation.”

Now her designs are found in homes all over the country.

Vicki also loves food and cooking, a hobby that is somewhat obvious considering that almost all of her paintings feature some type of food element with an animal. She has managed to marry two of her great loves into one career and has found her niche.

She is also an author.  She has written three books that are marketed through a made-to-order company called Blurb. One of the trio, “Birds Make Hats and Masks”, is her most recent one and features current artwork.

It’s fair to say that things are going well for Vicki Sawyer these days, but she will probably not be the one to tell you about it. Humble in spirit yet jovial and at ease in conversation, she has found just the right mix of work and life and a healthy balance of gallery work and licensing. Her three children are now grown and her husband, a teacher at Brentwood Academy, continues to be her biggest fan.

She still finds it thrilling to paint those simple creatures from her childhood, but in a more complex and endearing way as an adult. Six days a week she hones her craft in her Franklin studio, continuing to put smiles on the faces of not only those creatures she paints but also of those who are lucky enough to have a Vicki Sawyer original in their home.

Her work can be found locally at Gallery 202 in downtown Franklin.

Shari Lacy has happily called Franklin home for over 10 years. Owner of Moonstring Arts, she is a sough after painter in galleries and shops, locally and regionally. She has also owned GoodStuff PR Co. since 2006 and has been a freelance writer for years, having written articles for Readers Digest, Southern Exposure, Nashville Parent Magazine, Razor Magazine, and more. She’s managed campaigns for numerous music artists through the years.