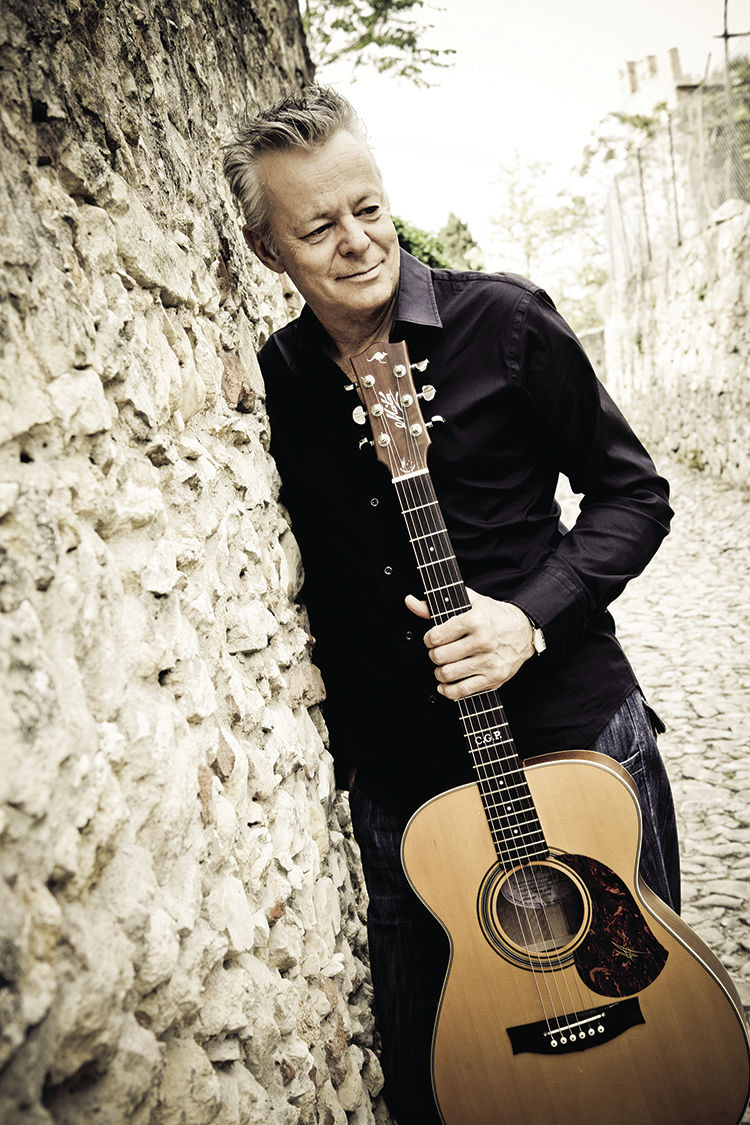 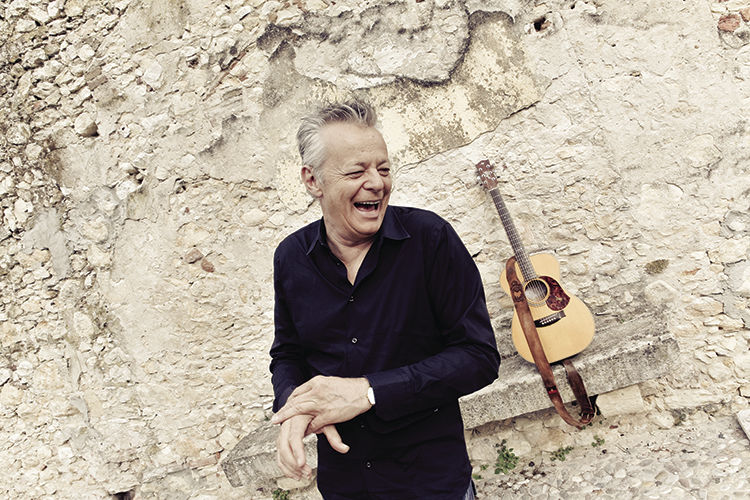 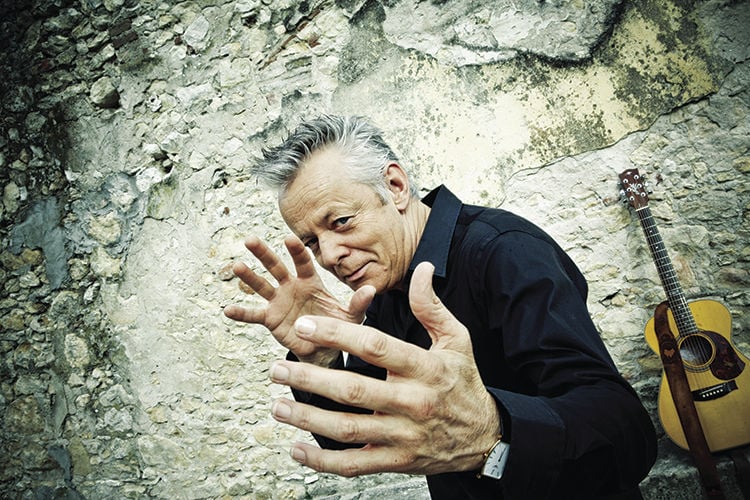 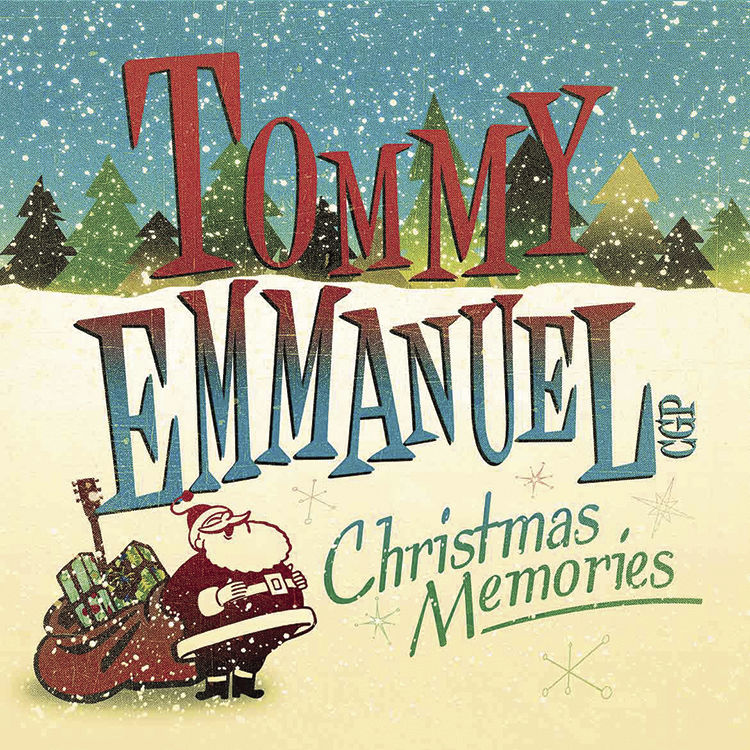 He can tell a story without uttering a word. His fingers intricately pick at the guitar strings taking the listener on a melodic journey, one that the listener can’t help but see and feel the story. It sounds as if other instruments have joined in. It is, in fact, just a man and his guitar.

Tommy Emmanuel is a virtuoso of the guitar. Recognized for his impeccable “fingerstyle” method of playing, making him among the most recognized and favorite acoustic guitar players in the world.

The native Australian was a budding professional at the age of six when he went out on tour with the family band, the Emmanuel Quartet.  He spent his childhood honing the craft of fingerstyle picking and complex chords. Crossing the pond years later, he reveled in America’s music and was fortunate to work with one of his earliest idols, the late, great Chet Atkins, a legendary guitar master.

“I came to America to be inspired, it made me a better player,” said Emmanuel.  In Nashville, he found great players, recording studios and that signature sound. “You had Hank Williams, Jim Reeves, Marty Robbins, the sound of their records, it was just so beautiful. I came here because of the sound, and at the request of Chet Atkins.”

In 2006, Emmanuel made a permanent home in Nolensville. “We have loved living out here, so many wonderful people moving here into our neighborhood from so many places - Ireland, Korea, Memphis, Atlanta - and our neighborhood is so family oriented.”

He also credits Nolensville for “keeping its country town look, but really going ahead.”

“When I bought this house it was to have friends and family come stay with me; I have many Australian friends who come here for the music,” said Emmanuel.

Surprisingly, his home is absent of a recording studio.  “I write songs and record them on my iPhone, and if I say one really works, I just go into town to record them. There are some great studios around here.”

Emmanuel’s career has spanned five decades, with hundreds of songs written, garnering awards and recognitions, and with a style all his own. He’s an Order of Australia Medalist (AM) and honorary Kentucky Colonel - the "fingerstyle" method of guitar picking originated from Kentucky native Merle Travis.

But, the most humbling accolade of all would be Chet Atkins’ appointment as “Certified Guitar Player.”

“He will always be an influence. One of my favorite memories with him is when we were recording together in the 90’s and he took me down to the Opry. I remember walking through the artist entrance; it was like the parting of the Red Sea when he walked in.  A producer came up to us and says, ‘Hey Chet,’ and Chet says to him, very casually, this is my friend Tommy, he should be on the Opry. And, the next week I was.”

“He walked gently and quietly, but he carried a big stick,” Emmanuel says admiringly.

Emmanuel has been traveling the globe with his Classics to Christmas Tour, which ends with two shows at the Franklin Theatre. His latest Christmas music resulted when coming off the road last year and jumping right into the studio while the spirit of the season was fresh. Recorded live in the studio as a group, the way he prefers, the cd delivers traditional holiday favorites with a few of his own.

“’Christmas Memories’ is dedicated to my mum because Christmas meant so much to her. I was really inspired by my mum and my childhood memories with her; she always made it special for us,” he said.

Once the tour ends, he’ll be “hopping over to England” to spend Christmas with his two daughters.  “I’m from Australia, so Christmas was always time for BBQ, to be home by the beach. Once here, we had to get used to the weather.”

Warm memories for this guitar virtuoso means “spending as much time with family and friends – and staying inside,” he jokes.

No matter the time of year, writing never ceases for Emmanuel.  A new album is in the works – due out next year, featuring love songs as duets with some notable Americana artists; one he claims to be very excited about.

“I try to tell stories without words. And, it’s important to be inspired, that’s when I write my best. It could be from a film, a book, someone I met; it has to be something that moved my soul.”

His songs have culminated from watching films about the Berlin Wall to reading the journals of Lewis and Clark.

Emmanuel, 61, is not short of inspiration. He and wife, Clara, have a two-year-old daughter, Rachel. “I’m inspired to write songs for her all the time. My song for her is ‘It’s Never Too Late.”  He adds, “There’s a sign that hangs in our home that says, ‘It’s never too late to live happily ever after.’”

Tickets are still on sale for Emmanuel’s performances at the Franklin Theatre, Dec. 20 and 21, for ticket information visit

Music shows attract a large audience. Music is a wonderful hobby and it can bring people together. There are special programs which are trying to help those who don't have the financial support to pursue their passion. So, Sing a song of hope for another person and donate or support such programs.

Tommy Emmanuel is such a Guitar Hero and I like this Guitar training review about his career and skills.