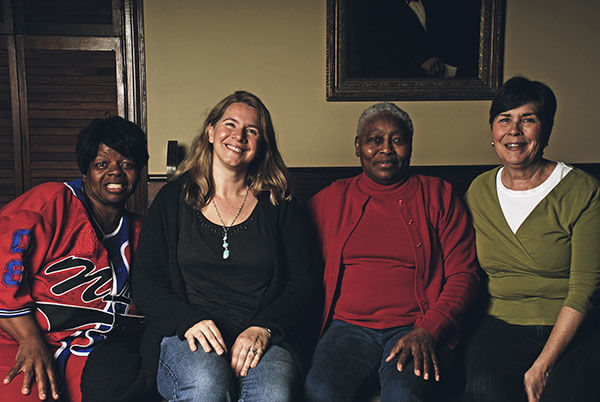 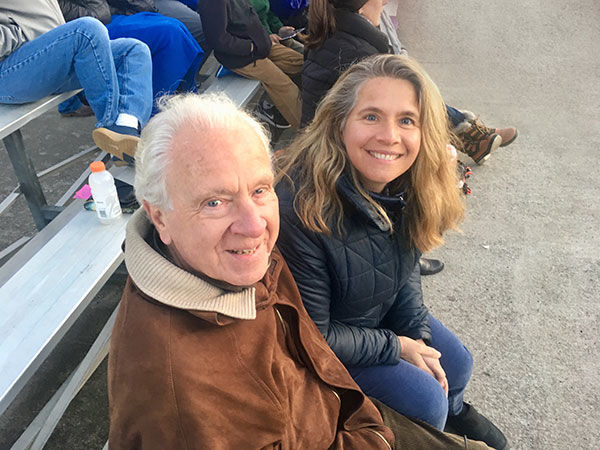 Joseph Cahalan, Tina’s father, a Vietnam Vet of the Army 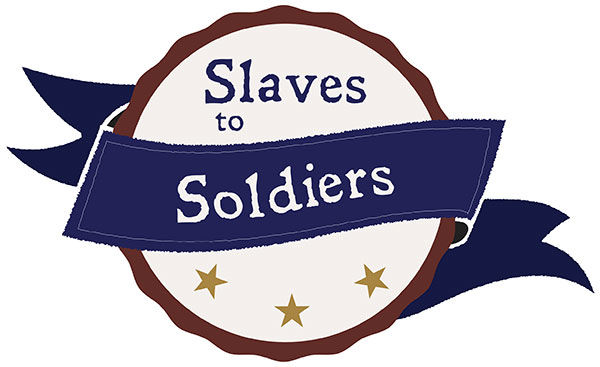 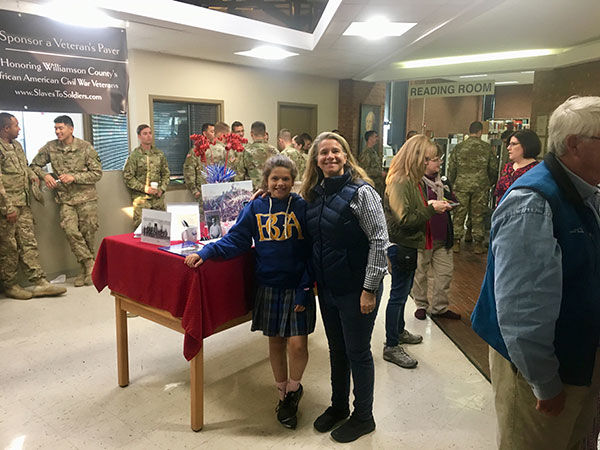 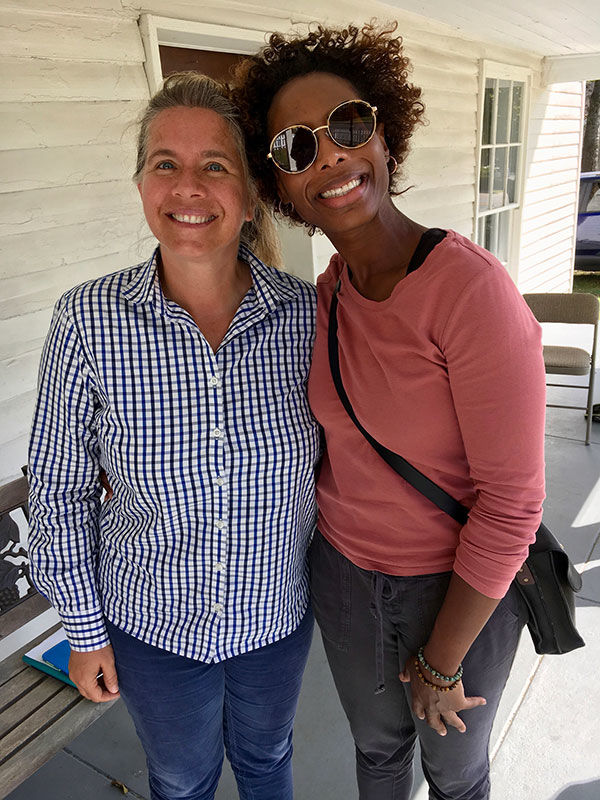 Tina Jones and Dr. Eleanor Fleming collaborating on the connection between Williamson County and Fort Negley in Nashville 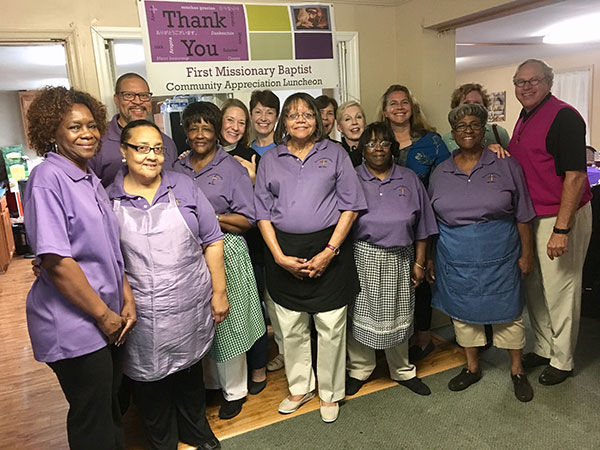 Joseph Cahalan, Tina’s father, a Vietnam Vet of the Army

Tina Jones and Dr. Eleanor Fleming collaborating on the connection between Williamson County and Fort Negley in Nashville

Tina Cahalan Jones has stories to be told. As a student growing up in a Connecticut suburb of New York City, Tina Cahalan Jones never gave much thought to the American Civil War. But she was drawn to the ideals of hope, and justice and validation. When she chose to major in third world studies at Vassar College, her parents questioned the promise of such a field.

“We still joke about that, but I wrote my senior thesis on the ways in which western medical technology could be used in developing countries, and it set me on a path of exploration related to how people interacted with medicine,” Jones says.

That path led next to Johns Hopkins University, where she earned a master’s degree in healthcare policy, and then to a role with an organization in Washington, D.C., evaluating how healthcare reform could impact the Department of Veterans Affairs. Soon, she was pursuing a law degree at the University of Virginia, with a focus on healthcare.

Nashville was the center of influence for the healthcare industry in America, and Jones moved here to start her career as a young lawyer, working first with a large firm downtown to learn the trade. After a few years, she accepted a position at Vanderbilt University as assistant general counsel, where she would primarily handle research-related legal work – clinical trial agreements, intellectual property derived from medical research, and the regulatory side of ethics oversight.

“I ended up working on an HIV study that related to work being done in Haiti, and it brought the whole thing full circle with my undergrad degree in third world studies,” she remembers.

Jones and her husband, Roger, moved to downtown Franklin in 2001, and eventually added two daughters to the family. Living in an old house on West Main Street, they immersed themselves in the Hincheyville community, joining St. Paul’s Episcopal Church and learning about an opportunity to lead a senior outreach program that served a lot of people in the largely African American historic neighborhoods located a few blocks away.

“We took on that initiative, Roger and I, and did a monthly lunch with crafts or bingo or maybe a speaker. We have a great group of volunteers and the seniors loved it,” Jones says. “But when I started staying home with my first daughter, I had more time to devote to the program and thought we could do more, so we started capturing stories and preserving them in books. A lot of that history was known within the community, but was in danger of being lost over time.”

It was right around the time that Ancestry.com was getting popular, and Jones had become an amateur historian working on the history of her home and neighborhood, researching the interesting people and events of the past two centuries. As part of Black History Month, she thought it would be fun to do a genealogy project with the seniors. She knew intuitively that many of the citizens she was serving had descended from slaves, but she didn’t consider the fact that those family trees couldn’t be traced back to the colonists or the home countries as others from different backgrounds could – it was far more complicated than that.

“I soon understood that people in their 80s in the early 2000s had grandparents who were enslaved – it was heartbreaking and eye-opening in so many ways, and often we’d run in to the end of the line prior to the Civil War,” she explains. “I set up about 50 family trees on Ancestry.com, made a three-ringer binder for each of them and we started digging in and connecting the dots where we could. Students from BGA helped pore over documents in the Williamson County Archives, they did interviews with the seniors, and the flow and capture of information just began to accelerate.”

Jones was inspired by the stories she heard of a Franklin she didn’t know, just down the street from her home, and a decade of genealogy work flew by as she tapped into online resources and new data mapping tools to find clues that traced into the days of slavery, prior to the Civil War. Often the next crumb on the trail would be found in wills and probate documents that listed people as property, or provided a last name based on ownership. She’d add a generation or two and pick up the search from there, sometimes even back to a town in North Carolina or a settlement in 18th century Virginia.

Around the 50th anniversary of the Civil Rights Movement in America, in 2013, Jones began exploring desegregation with her seniors, and through those conversations realized how little some understood about the Civil War – their exposure to the subject and perspective on it was different, and that led to deep conversations about the slave experience before and during the war.

Through research, she learned that Williamson County had around 12,000 slaves before the Civil War – larger than the white population at that time – which led her to Nashville’s Federal Fort Negley, built by slaves and conscripted black people who were promised freedom but threatened with force in exchange for their labor. That opened the door to the history of the United States Colored Troops, their connection to Williamson County, and what it all meant to the future of the nation.

“I found an article that said there were three USCT troops from Franklin, but that didn’t make sense – I knew there had to be more,” Jones says. “I figured out how to do a search of USCT soldiers on Ancestry.com by sorting through place of birth, and found 200+ pretty quickly who were born or lived here. I remember waking Roger up with that discovery late one night, I was so excited.”

She focused her research on one man, Freeman Thomas, who had a headstone but couldn’t be found on the USCT rolls. She discovered an archived invoice from the headstone order, with a handwritten note that he went by the last name Carothers. From that clue, she found a book produced by Fisk University researchers that captured the stories of former slaves – the histories were anonymous, but enough matched up to demonstrate that one of them was Freeman Thomas.

Thomas had told his story, that he was owned by the Carothers family and served in the USCT, fighting in the battle at Nashville’s Peach Orchard Hill (alongside about 100 USCT soldiers from Williamson County), was wounded and allowed to come back to Franklin to recover. When he got back home, Mr. Carothers had died, but Mrs. Carothers was there. They had a special bond, as she had saved Freeman’s life when he was an orphaned baby. She asked him, standing on the stoop in his Federal uniform, “Don’t you remember when I nursed you back to health? Why are you fighting me?” Thomas replied, “I’m not fighting you … I’m fighting to be free.”

Today, Jones has found more than 300 men who left Williamson County to fight for their freedom, and believes there could be as many as 600 USCT troops who were born here or lived here. Each story takes about a month to research and write, and they’re catalogued in fascinating detail on her website, slavestosoldiers.com.

For Jones, it’s been a labor of love that has deepened her relationship with her adopted hometown.

“It’s led to so many friendships with people I may have never known, and I feel like I’ve gained an understanding of Franklin that is on a level I never anticipated. It’s made me realize that history is complex -- no one is all hero or all villain, but they’re all people who played a part in our shared history,” she says.

“I hope this project helps broaden the story. We focus a lot on the important history of the Civil War, and over half of the population here at that time was African American. As we continue to learn and explore, those stories just deserved to be told.”