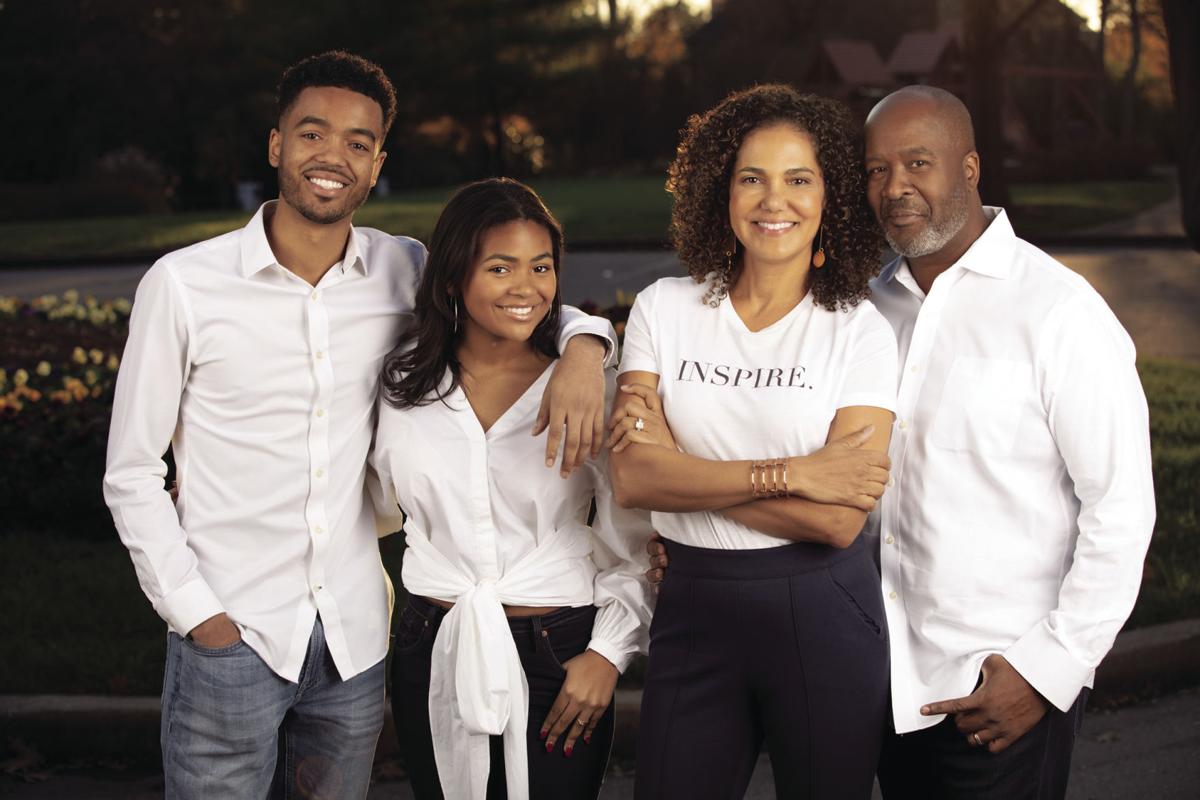 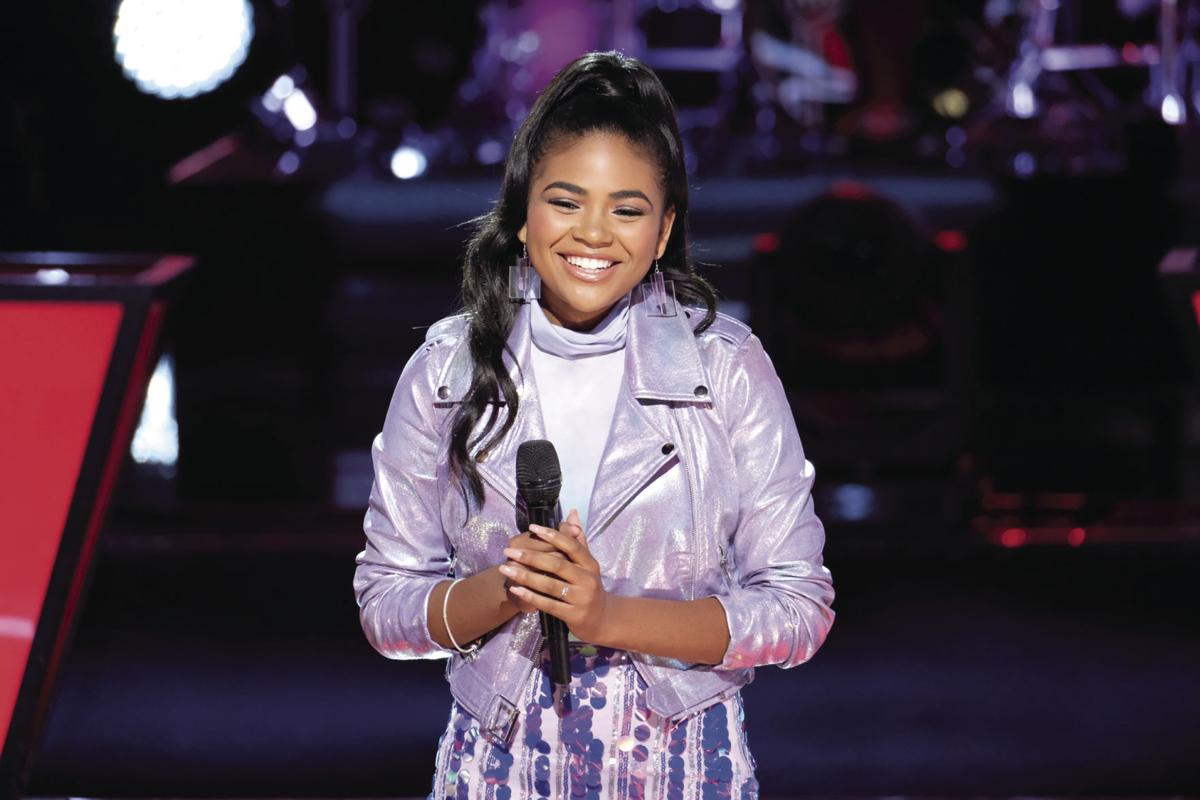 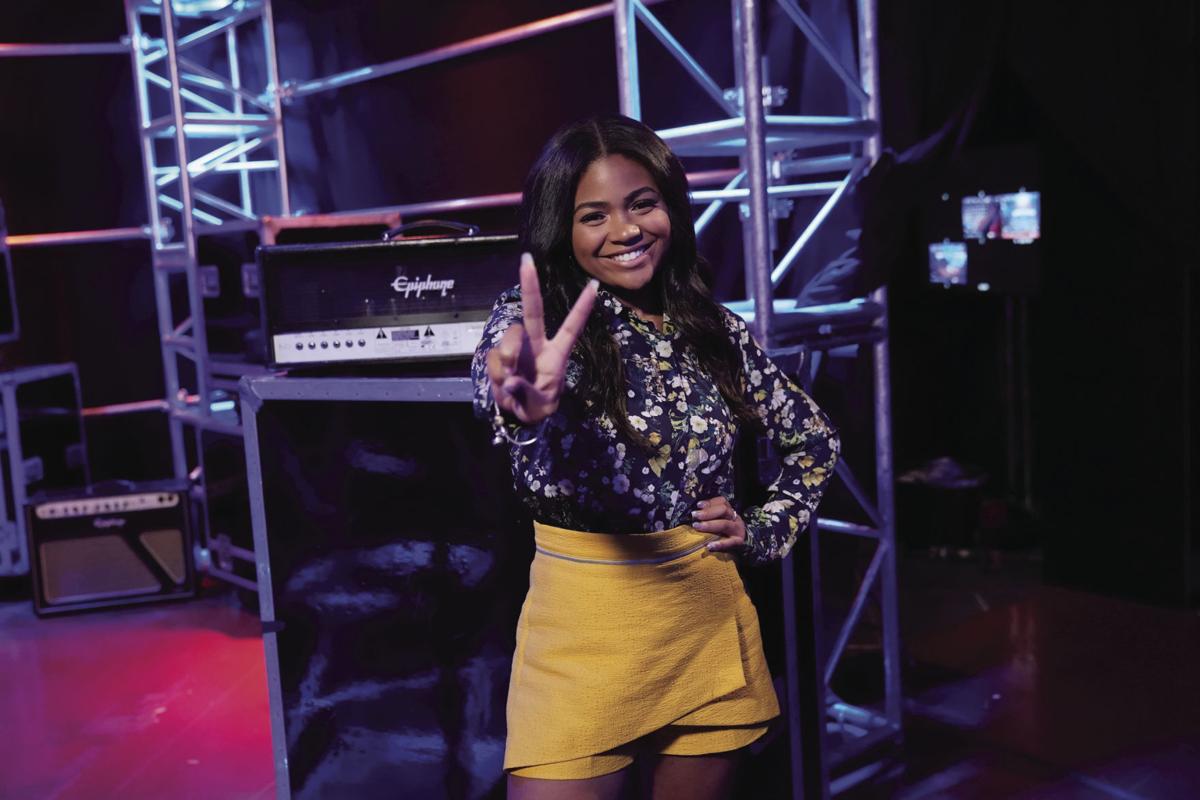 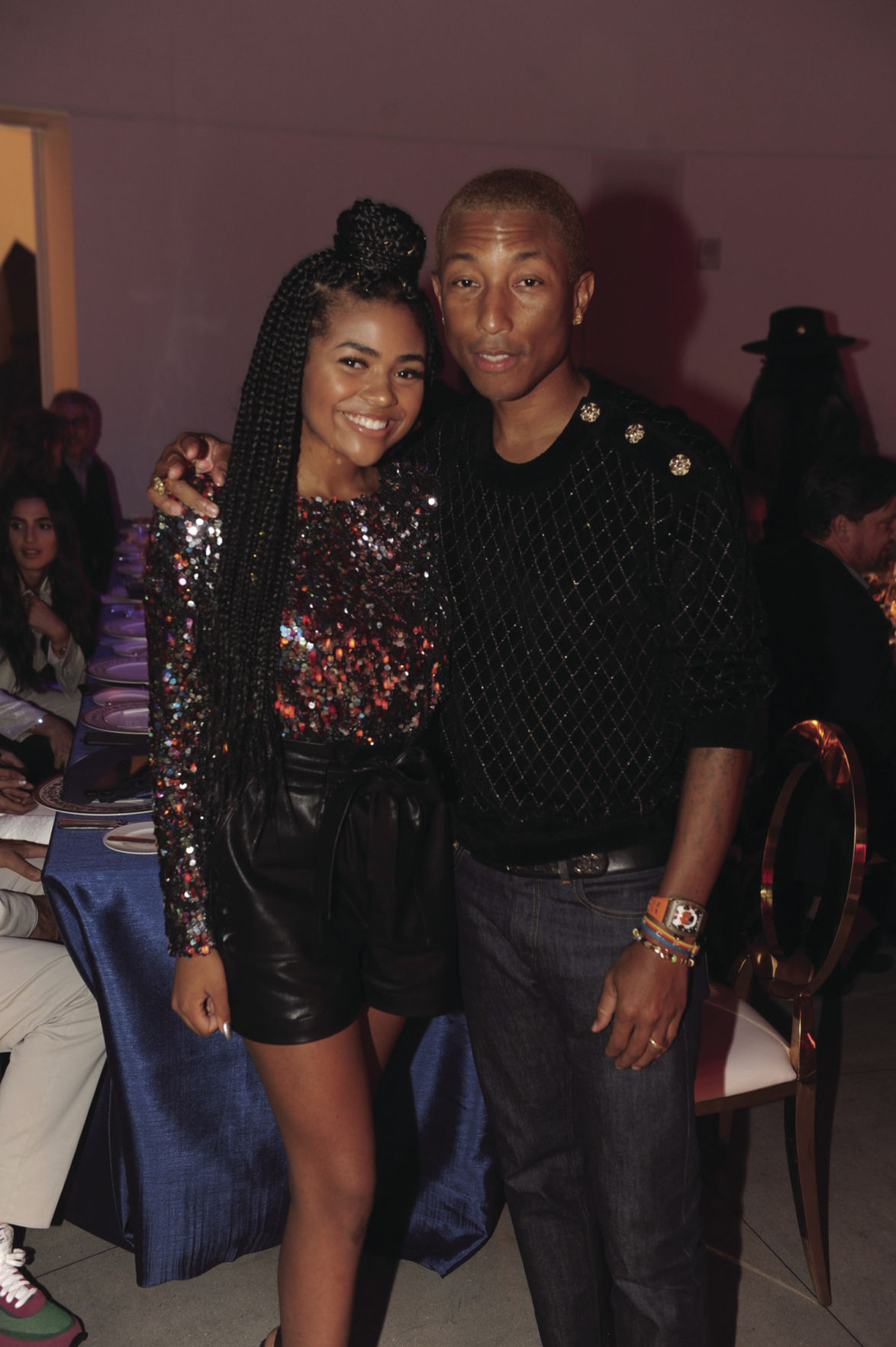 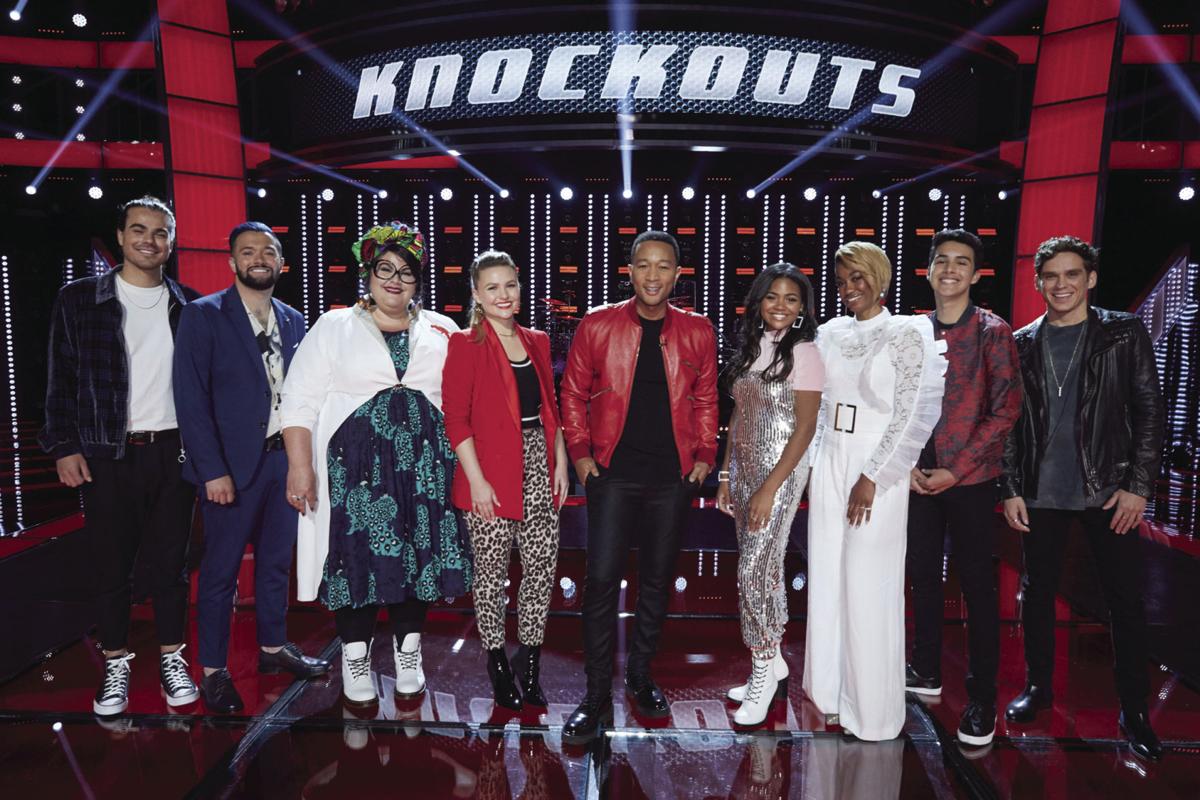 Zoe Upkins carried her Southern manners with her to Los Angeles this past summer. As she finished her live Blind audition on the hit NBC series, The Voice, she watched with excitement as three of the four judges turned their chairs to see who owned the vocals that they had just heard. When John Legend spoke, Zoe answered with a kind and genuine “yes, sir.” Kelly Clarkson chimed in with “It’s a Southern thing,” and John Legend said, “It’s an Ohio thing too!” as they not only admired her vocal talents but maturity and manners as a 16 year old.

Zoe is still in awe of her unique experience for those three months this past summer. “A year ago, my parents were out of town and I was at my friend’s house, singing in her kitchen and watching The Voice,” she recalls. “I remember thinking that I felt like I could do that. I texted my parents and said, ‘I feel like I could be on The Voice! And then I actually had the opportunity to audition.”

Zoe is a Franklin native. She discovered her love of music early with a family full of music lovers. They had a great influence on her. “I’ve always been singing,” she says. “I got into theater when I was much younger, joining Bravo Creative Arts Center in Nashville. I really liked it but the more I did musicals, I realized I liked the singing more than the acting,” she recalls. “When I was younger, I had a dream of being on Broadway and being on stage. As I’ve grown, I realized that it was the singing that excited me.”

Now a student at Ensworth High School, Zoe had the choice of band or choir when she was in the lower elementary school. She had stage fright but decided to take part in the talent show in 6th grade, singing with another friend but it wasn’t until she got into high school that she realized there was a great music program at Ensworth and she asked her brother Caleb if she should try out for the school’s acapella group ENCORE or Chamber Singers.

“He encouraged me to audition and I was excited to get accepted into ENCORE,” she remembers. “This instantly changed things. 100%. I had to audition for solos. At first we could send the teacher a video audition and I ended up getting the first solo for the first performance,” she says. “Then I had to sing in front of the entire high school. That’s when I realized I loved to perform solo. Even with acapella, you learn there are so many little sounds that can change the entire arrangement but ultimately make you a better artist.”

Zoe’s interest in singing grew and her freshman year she had a part in the freshman musical, “Beehive.” She had the lead and that led to her playing Dorothy in her sophomore year production of “The Wiz.” “We learned a lot of dances and a lot of songs,” she recalls. “It was at that time that I knew I was really drawn to the singing.”

She would upload videos of her singing on Instagram and that eventually led to someone asking her to audition for the show. Her first audition was in Downtown Nashville.

Zoe’s confidence continued to grow. When she stepped on that stage, in front of a live audience, she knew this was an opportunity of a lifetime. With her family backstage and there to support her, Zoe stepped on stage for the blind auditions, singing “Angel of Mine” by Monica. John Legend and Blake Shelton turned their chairs almost simultaneously, followed immediately by Kelly Clarkson. Zoe took a deep breath and continued to sing with the confidence of a season performer, hitting that ‘sweet spot’ note in the middle that the judges always like to hear.

Her vocal runs were controlled. Her stage presence was strong. She was impressive. Especially for a 16 year old and the judges noticed. John Legend said, “You showed so much polish for your age but you still have room to grow.”

Ultimately Zoe picked John Legend as her coach and the surreal experience of performing on live national television with a Grammy winning artist moved forward. Zoe’s father, Louis, stayed with her in Los Angeles the entire time since she had to have an adult with her at all times. They were there for the entire month of blind auditions, went home and then came back for the battles. “I think I was there until August and we came home twice. My mom texted every day and my brother had multiple watch parties at his college.”

“John was a great coach and he and guest coach, Usher, really pushed us,” she said. “Never doubt yourself, they’d say. Even if you don’t think you can hit the note, go for it. Try. Whenever you get on stage, the energy really makes it that much better. On TV, you have to over exaggerate on the stage. Everything has to be bigger.”

One of the most invigorating and exciting things to happen on this journey was meeting Taylor Swift and Usher. “Honestly, I feel like the entire thing was so surreal,” she laughs. “I was not nervous until I took the stage. I never get star struck. Same thing with Usher. It felt so real. You have to do it then. You don’t have a choice. There’s no backing out. You are forced to sing in front of these legends. We had to do interviews. I had never done that.

A battle round performance with fellow contestant Khalea Lynee was perhaps the most nerve-racking performance for Zoe. “I had to dig really deep! I’m 16. Khalea was 36 and we were singing a song that was about an argument over a boy so I had to really dig in,” she says. Ultimately, Zoe lost that battle round, only to be saved by Legend and picked back up to his team and was then eliminated in a different battle round when Coach Legend paired her with singer Will Brehman and Zoe was sent home, missing the opportunity for a spot in the live playoffs.

Following her journey on The Voice, Zoe was asked to serve as the Teen Ambassador for The Playing for Change Foundation, a global nonprofit organization offering creative opportunities for marginalized and at risk youth, most specifically in the developing world. She performed in Miami at the Gala for Change this month, honoring Pharrell Williams as Icon of the Year.

This has all been an incredible experience for Zoe. “I feel like I learned that you are going to get a lot of no’s but God is still going to open a lot of doors. However he uses you to touch other people is going to be amazing. The exposure is still a blessing and I’m going to see doors open from it,” she says maturely. “I learned you have to give it your all and leave it all on the stage. You just have to go for it!”