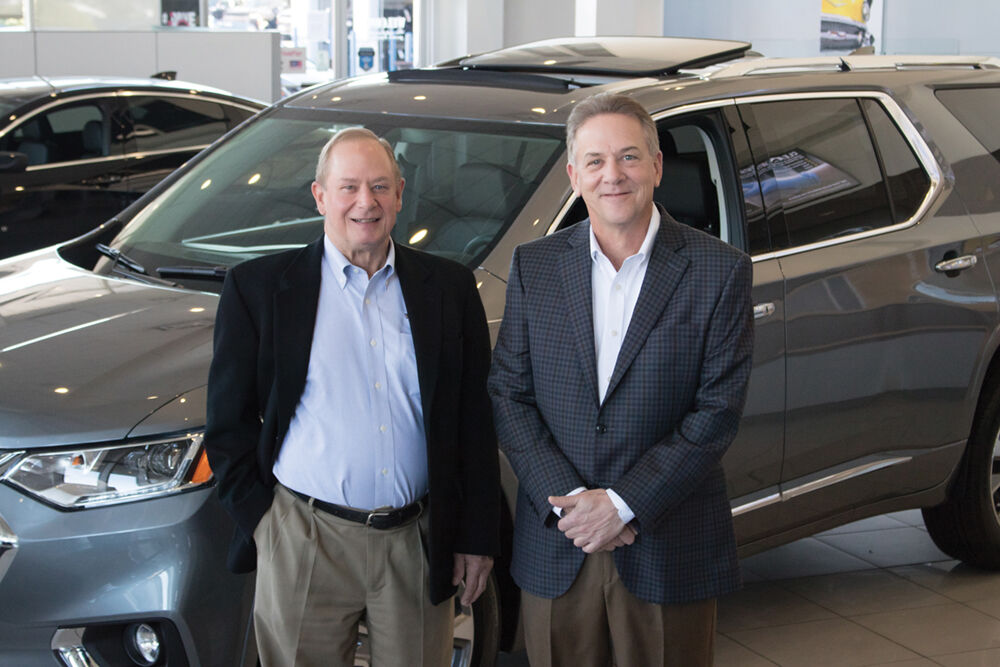 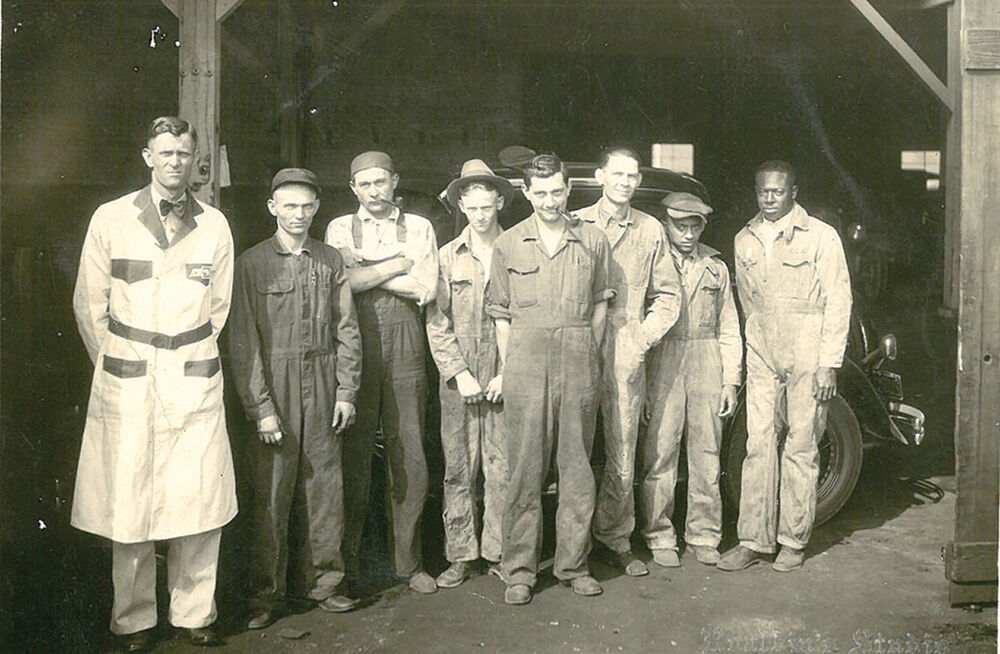 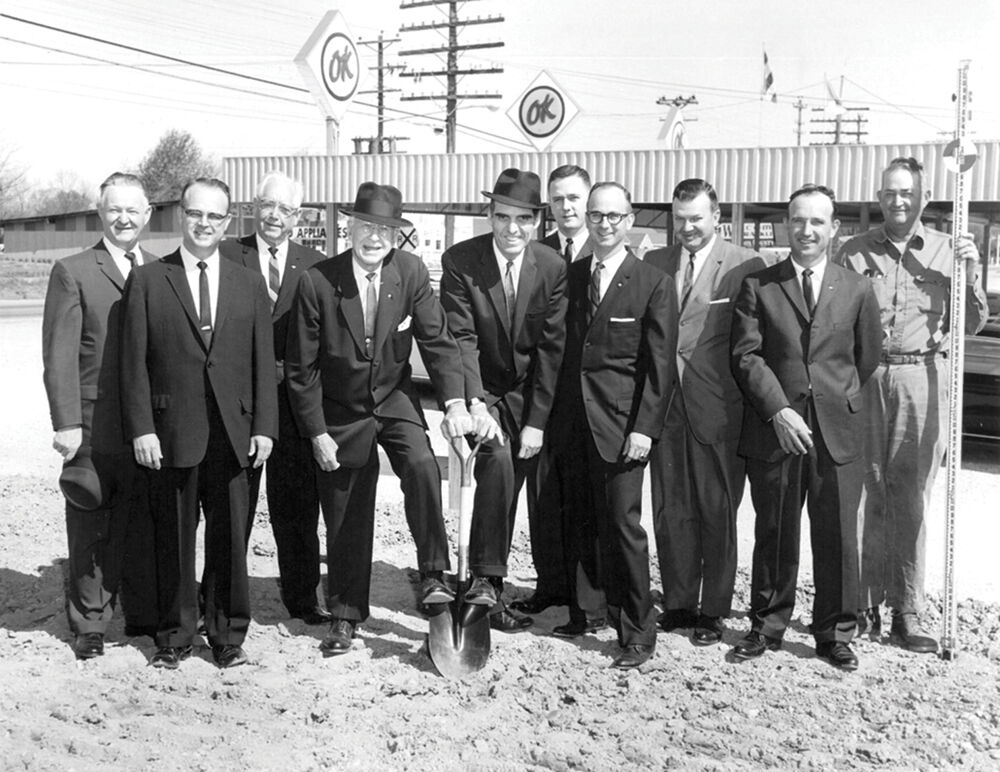 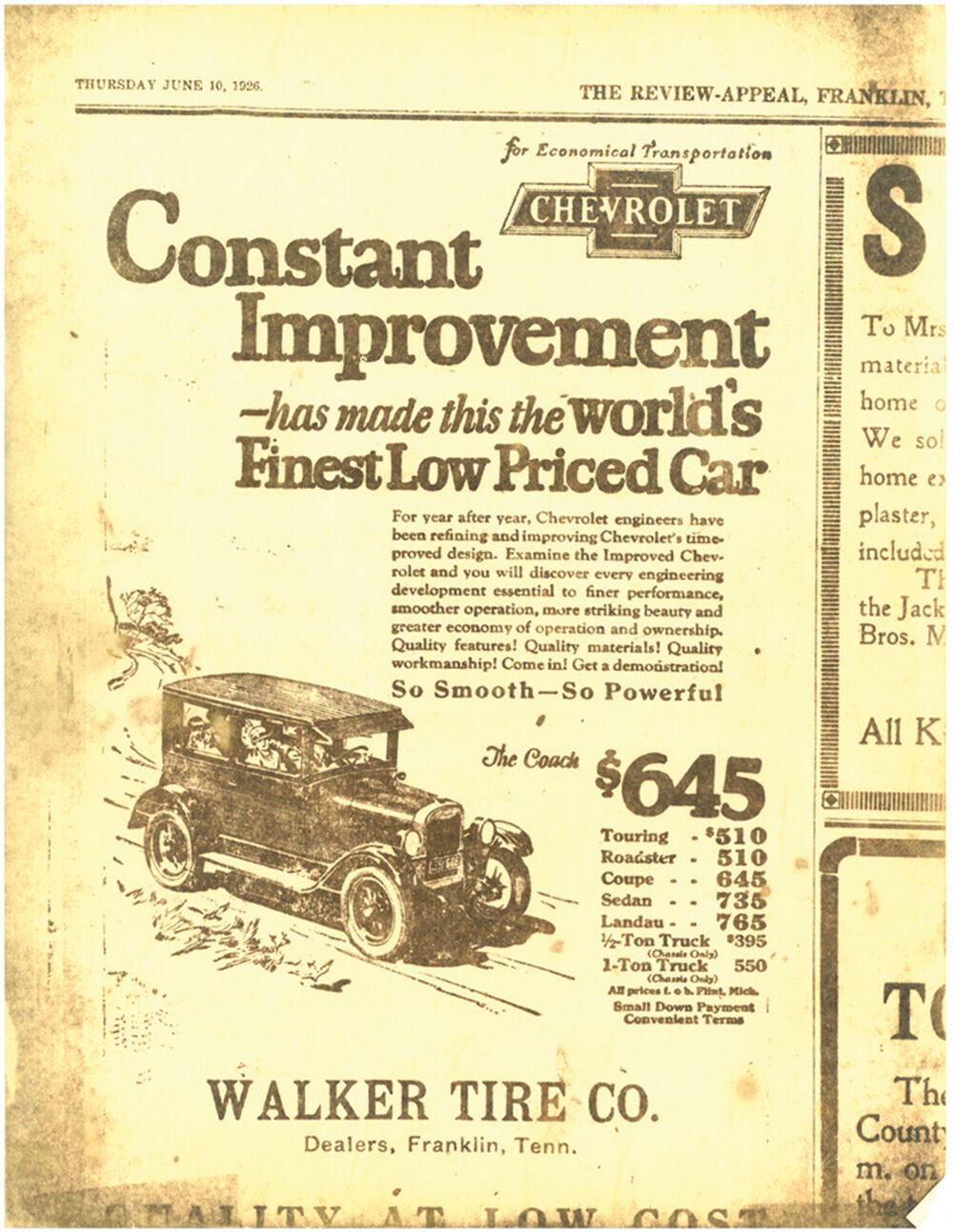 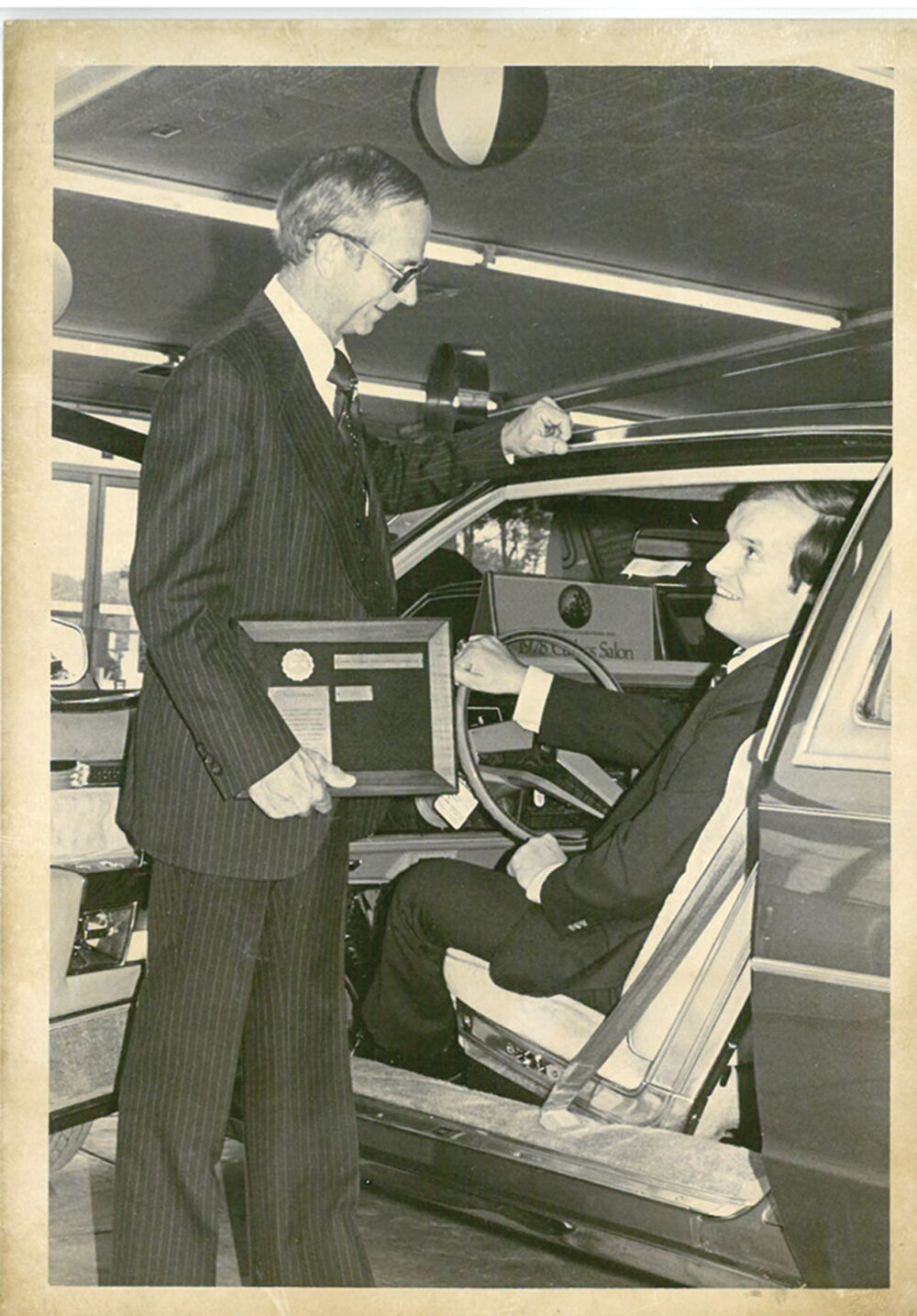 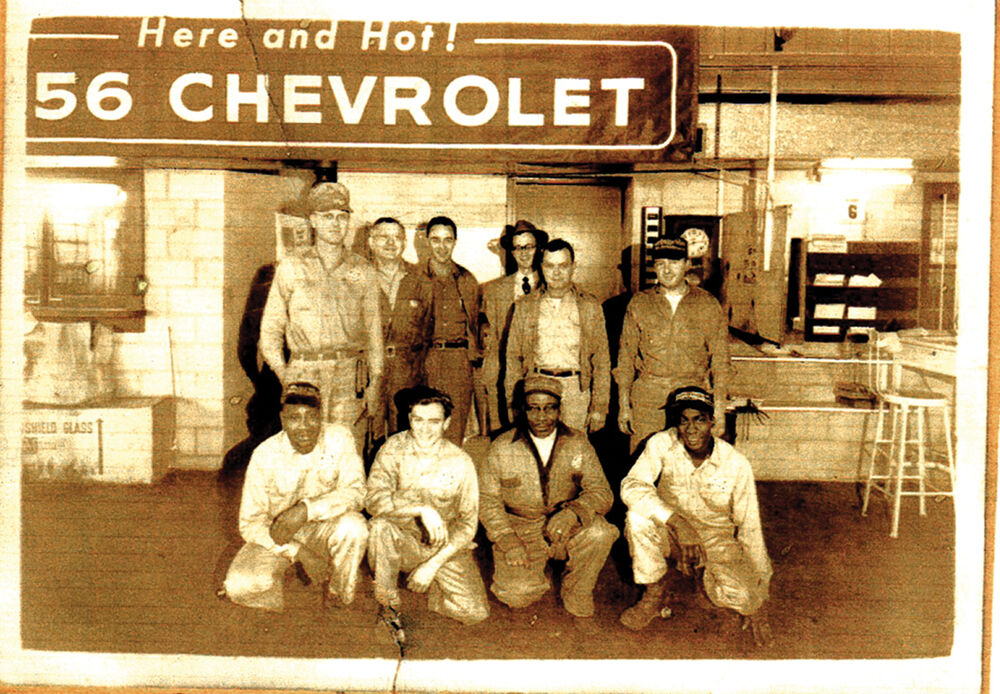 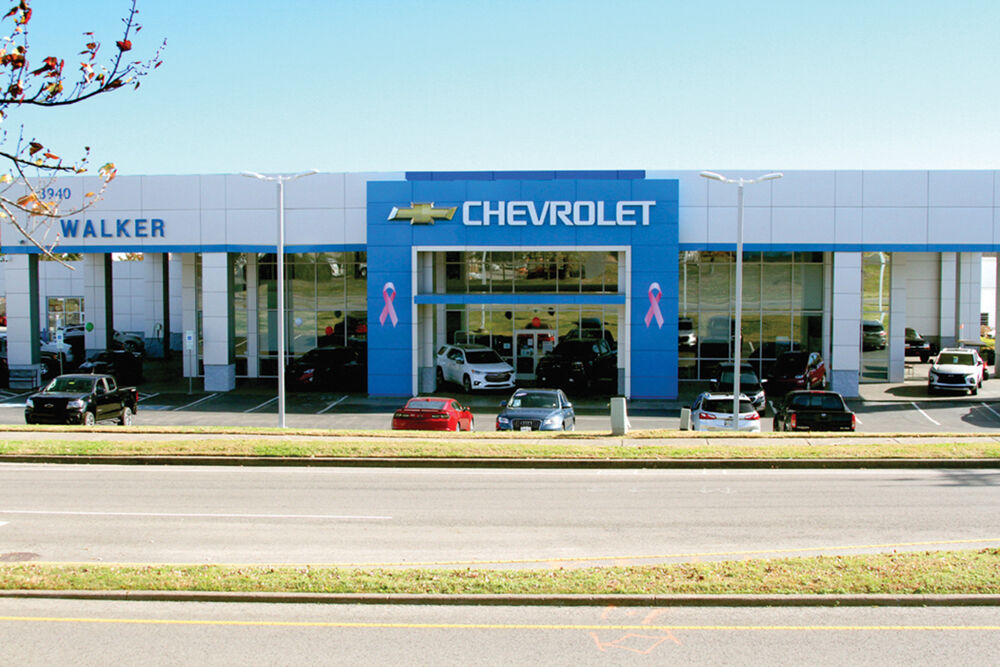 If Billy Walker Jr. looks comfortable hanging around Walker Chevrolet, it’s because he is. He grew up in several of the dealership’s locations in Franklin and now he’s the owner of Walker Chevrolet on Highway 96 East and Carothers Parkway.

Billy recalled he was sweeping floors, hauling off old parts and stocking parts by the time he was 10-years old.

“I loved being there,” he said. “I loved hanging in the service department. I have always been mechanically inclined and enjoyed learning how things worked. I loved working on cars as a young boy. I enjoyed working my way through each department, learning the business first-hand.”

“I could put a motor together before I had a license,” he added. “I learned a lot and got my hands dirty."

“We’re not in the car business,” Billy said. “We’re in the people relationship business- that’s what it’s all about. I grew up in this community and I know how important relationships are.”

His relationship building skills were learned at the knee of his late father, Billy Walker Sr. His motto was, ‘to grow a business - you have to invest in the community’; not only financially, but with time.

Billy Sr. supported little league teams and the JL Clay Senior Center founded by his father-in-law, JL Clay; provided vehicles for driver education classes and volunteered in civic organizations. He was a Franklin Noon Rotary Paul Harris Fellow recipient and highly involved in the early years of the Franklin Rodeo.

Billy remembered he and his brothers helping his father set up and take down the bleachers and chairs for the rodeo when it was at held at the fairgrounds behind the old Franklin High School - now the community services building - and later at Jim Warren Park. Young Billy especially loved the rodeo parade and riding his bicycle to the rodeo grounds afterwards to watch the competitions.

He became involved in Middle Tennessee Boy Scouts and was an Eagle Scout Honoree. He received the Silver Beaver Award at Middle TN Boy Scouts Council in Nashville for his service.

“We want people to come here and feel like they’re in a first class operation," Daly said. “They’re treated as they would be if they were buying a Mercedes or a

Jaguar. We love working with people."

The family business began in 1920 when Newton York Walker started Walker Tires in a building on Main Street in Franklin. Newton arrived in Franklin from Greenbrier, Tennessee in 1917. He repaired wagons but that changed when he met J.M.King, who sold and repaired cars. Newton was hired as a salesman. King’s bookkeeper was Rosa Helm, who two years later became Rosa Helm Walker.

By the early 1920s, the automobile was gaining in popularity. Newton capitalized on that new popularity and affordability by opening Walker Tire Co. in 1920. Three years later he went into a partnership with C.M. Ballard to purchase land and build Ballard & Walker Garage, to repair the growing number of cars in Williamson County, and sell tires. Their business grew so much Rosa, who had remained at King’s Garage and took care of her husband’s books in the evening, quit her job with Mr. King to work full time with her husband.

The partnership lasted three years. In 1926 Newton bought the Chevrolet Agency located at the west end of Main Street, where Binks is now located to selling and servicing cars and trucks. Since it was Rosa he consulted regarding his business dealings, Newton made her a partner in the business; a very unusual move for that era.

Newton died suddenly in 1932 leaving Rosa with three young children, Newton Jr., Mary Jane and Billy, the responsibility of her mother and mother-in-law and ownership of Walker Chevrolet. Rosa’s strong business sense and loyal employees kept the dealership open through the depression and grew the business, which moved from the Main Street location to Columbia Avenue, across the road from what is now the Franklin Police Station.

Billy married Louise Clay Walker in 1953 on a 30 day leave over Christmas while he was stationed in England. He was discharged in 1954 and they eventually had four sons - William H. “Billy" Jr., James Clay, Robert Louis and John Stewart. In 1955 Billy, Newton and Mary Jane acquired interest in the family business and Billy joined his mother at the dealership taking over the job of dealer operator and president.

Young Billy and his brothers grew up in a house next to Harlinsdale Farm, now the Park at Harlinsdale Farm. They spent a great deal of time working the hay fields with the Harlin boys. Billy’s favorite job was driving the tractors and trucks pulling the hay wagons.

“I’ve always been enamored with cars, boats, equipment and anything with speed,” he added. “I had a need for speed, but I always knew I’d be in the car business before I knew I would buy into the [family] company.”

After graduating from MTSU with a degree in business, Billy Jr. went through the GM School of Merchandising and Management and joined his father in the family business.

“We worked well together and we had a lot of good times,” he said. “I learned the most from my father.”

Together the Walkers moved the dealership from its Columbia Avenue location across from Moody’s to Highway 96. Soon after the move, in 1995, Billy Sr retired and Billy Jr. took over the business and continued the tradition of building relationships within the dealership and the community.

“We are continuing to serve the community and provide a better experience and efficient service at the dealership,” Billy said.

“I see the future as nothing but good,” Brock added. “GM is poised to continue to provide the best quality vehicles we’ll have a large line of electric vehicles. I see positive growth both in the community and in the store.”

Today Walker Chevrolet continues to sponsor youth and high school sports, is a major sponsor of the Farmer’s Market, is involved in area charity car shows including Cars & Coffee and car clubs such as the Corvette Club, is a sponsor of the Bluegrass Festival, and has been working with Williamson County Schools to bring automotive and industrial programs back into area high schools.

“We try to spread out and look for opportunities to help people,” Billy said.