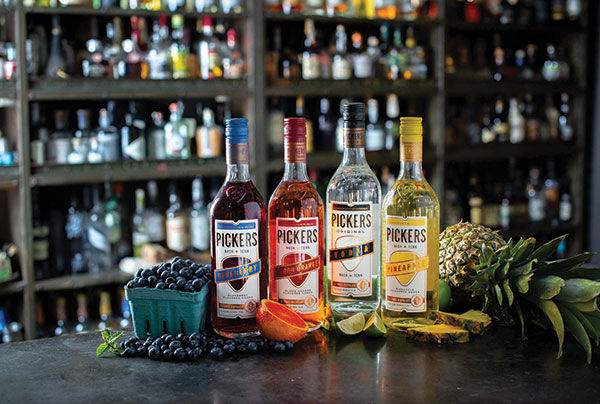 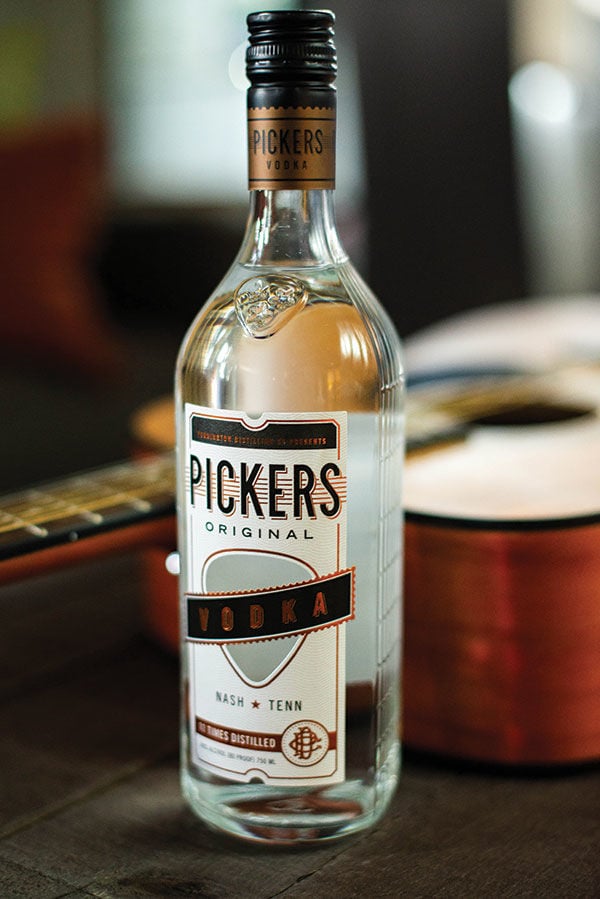 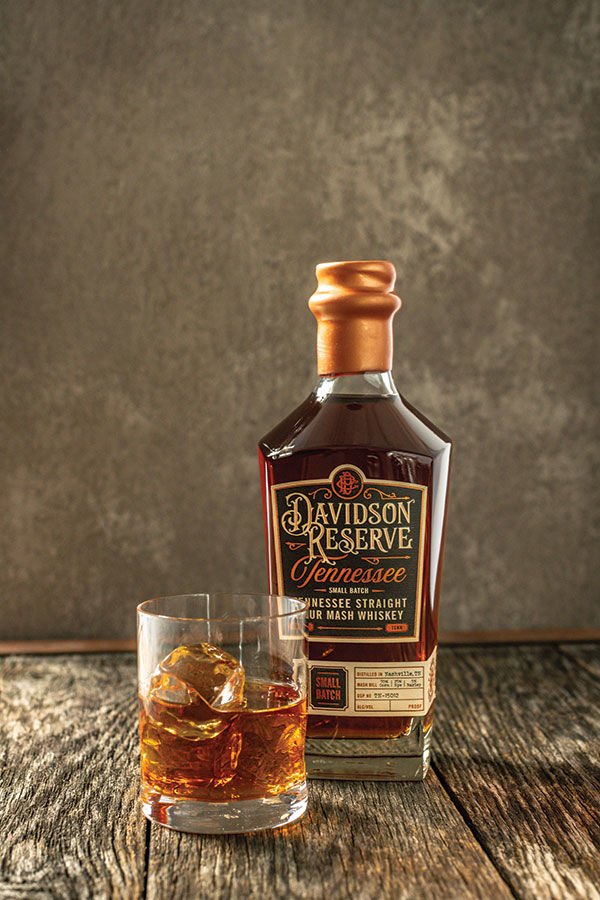 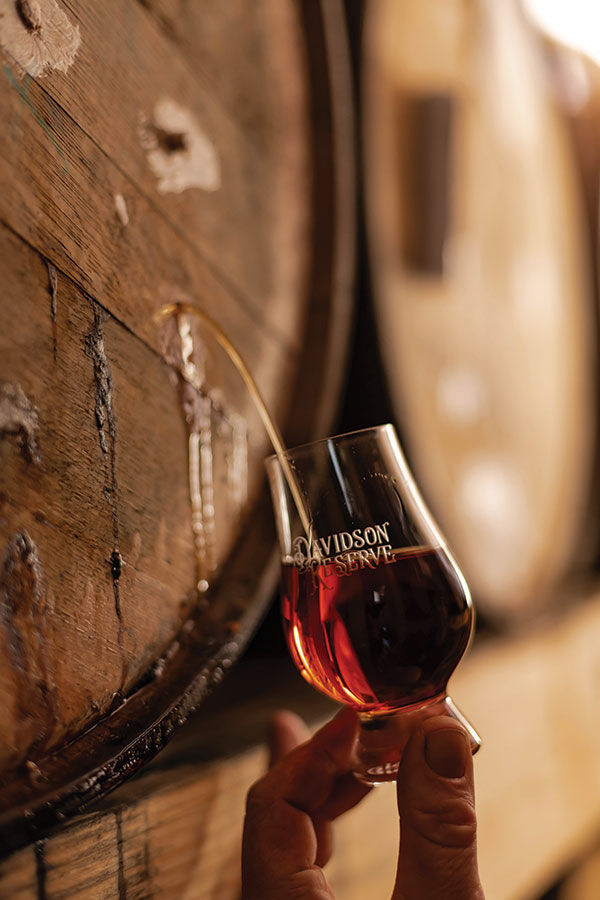 When Jenny DeBolt and Jeff Pennington met at Franklin High School their freshman year, they had no idea what the future had in store for them. After college they reconnected in Nashville, both working in the spirits industry for competing distributors.

The young entrepreneurs began dating and started a digital sign company. First comes love, then comes marriage, and the pair honeymooned in Europe. Something they both observed is that every time they mentioned being from Tennessee, people knew two things: Elvis Presley and Jack Daniels.

The lights turned on for the couple, and the idea of paring music and whiskey was born. It took a few years for the dream to become a reality. The concept of what would become Pennington Distilling Company was formed.

The Penningtons’ vision was to create a product to represent their Tennessee heritage. They zeroed in on the cream liqueur category after realizing there were few American brands producing Irish cream.

“We noticed that Bailey’s and 100 other knock offs were out there, but few were from America, and none were made in Tennessee,” Jeff explains.

“The label was designed by Jenny and won best in show for new design,” her proud hubby boasts.

An award-winning chef helped guide them in choosing flavors that said Southern and Tennessee: caramel, vanilla, burnt molasses, fig, red apple and pecans. If your mouth is not watering, it should be.

In 2011, they began distilling whiskey as the base for Tennessee Sipping Cream. The pair bought out a business partner, and a new era began, as they used a different recipe and began using larger barrels.

In early October of 2014, the first batch of what would become Davidson Reserve Genesis was laid down.

While whiskey was the true dream, the Penningtons knew they had to do something to make money. It takes years for great whiskey; however, vodka can be produced quickly. And the Pennington’s both knew the vodka business.

In an “Ode to Nashville,” Pickers Vodka was born.

Paying tribute to the couple’s Tennessee roots and music, each bottle is shaped with guitar strings on the side. The label is a concert ticket, and at the top of the bottle is the Tri-Star symbol. And every drop has been distilled 11 times (think Spinal Tap, turn it up to 11 because 10 is not enough).

“What do people want with vodka? They want smooth and affordable. Pickers provides a great quality vodka at a boots and jeans price,” Jeff says.

Today, Pickers is growing as it becomes Nashville’s vodka; the brand has expanded with additional flavors and products, including an expansion of canned cocktails and Unplugged, a low-calorie, vodka-based hard seltzer.

On Oct. 17, 2018, Davidson Reserve Genesis was bottled. What makes this special is that it was four years from the day it was barreled, and it was the first, and still one of the only, bottled-in-bond whiskeys to be made in Nashville since Prohibition.

The wait was over. Now, each year on Oct. 17, the “Hardest Harvest Whiskey Release Party” is held to celebrate the milestone.

While the Penningtons are two of the new kids in the whiskey business, they are making a name for themselves. Each variety of whiskey comes in at about 100 proof and provides a whole new take on what Tennessee-made whiskey is all about.

What is unique about them? They are grain-to-glass, as everything is done on site, meaning they do not outsource any whiskey. Every drop is made from grain ground in their mill house within the distillery.

At the heart of the Penningtons’ business is family. Many of the names of products represent family names. Jeff and Jenny have also expanded their personal brand with the addition of their son — one lucky young man, as his dad had a barrel laid down on the day he was born. As luck would have it, baby Pennington arrived at 12:01 a.m. the next day, so Jeff had another barrel laid down on his true birth date which happens to be the couple’s wedding anniversary.

Another Pennington tradition is giving back. The company and Master Distiller Carter Collins are hosting a whiskey tasting at the Rendezvous at Ravenswood during the city of Brentwood’s 50th Birthday Celebration. The brand will also provide the signature drink for the night.

Pennington Distilling Co. is housed in the Nations area of Nashville, 900 44th Avenue North, and is open for tours and tastings Thursday through Saturday from 11 a.m. till 6 p.m. Tours are at the top of each hour from 11 a.m.-5 p.m.

Visit https://penningtondistillingco.com to learn more about the Pennington Distilling Co., and get further details about the upcoming Hardest Harvest Whiskey Release Party.

The Hardest Harvest is being held this year on Thursday, Oct. 17 from 5-9 p.m. and will feature live music: Rebirth Brass Band, Roots of a Rebellion and Ladycouch; food, beer, tours and tastings. The event is free and family friendly.