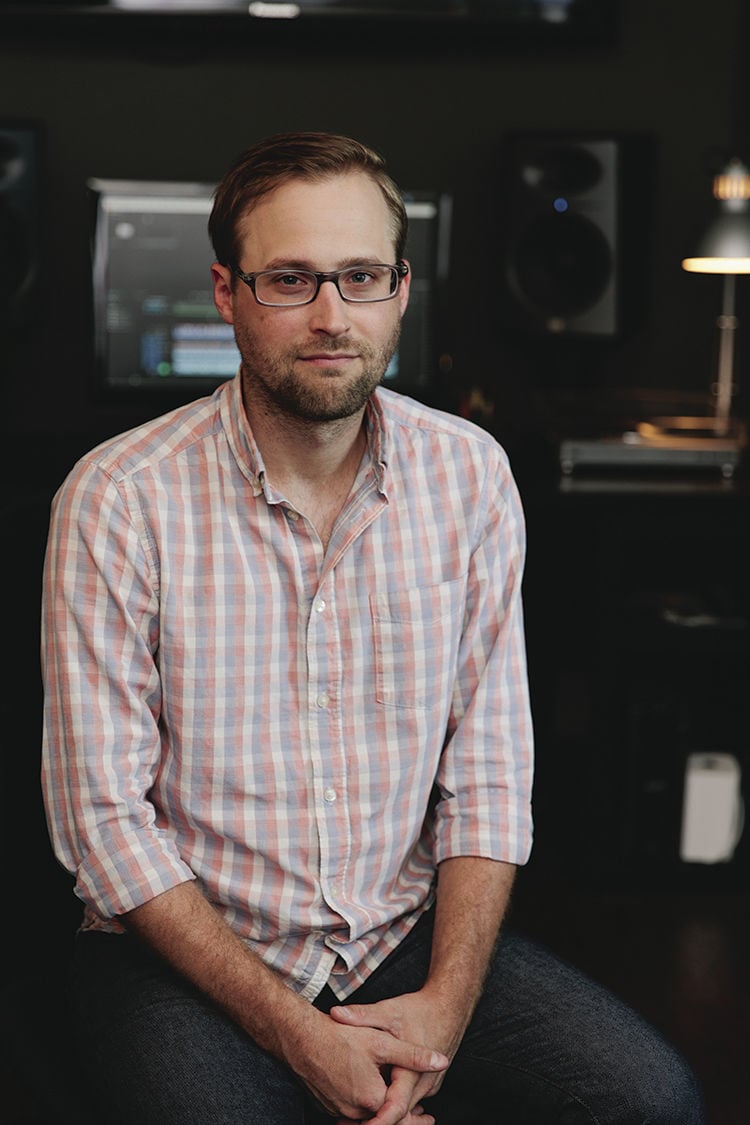 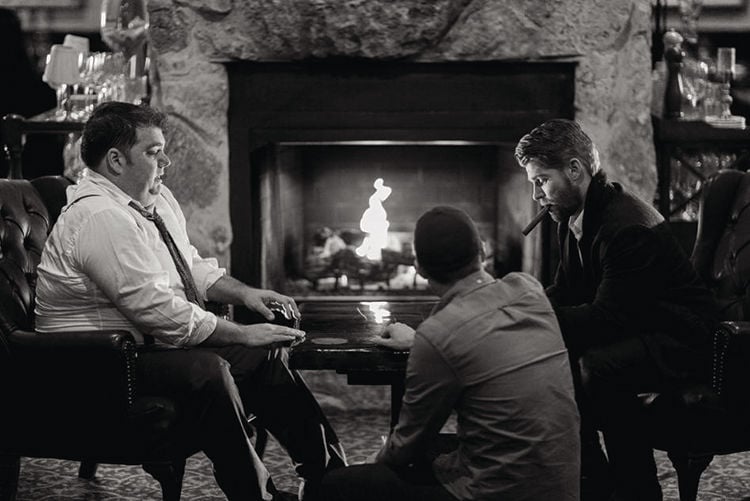 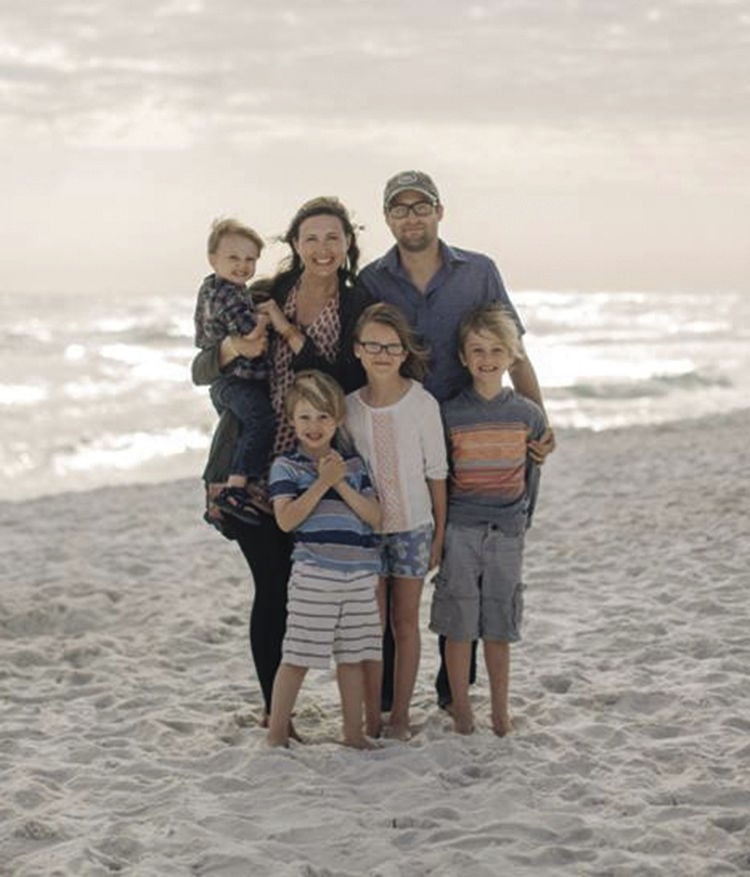 How does an aspiring film and television storyteller get his voice heard? Just ask Franklin’s Ryan Smith. While artistry runs in the family, Ryan’s film interests are quite different than his father’s, award winning Christian artist, Michael W. Smith.

One could certainly make the tie that storytelling of some form or other must run in the genes, but it could be argued that writing and directing a full length movie is an entirely different skill set.

“Because my dad is an artist, he understands what it’s like to be a creative person. There was always an understanding of what it was to be an artist. My parents were always very supportive of us doing what we felt we needed to do,” he says.

As a married father of four, Ryan remembers falling in love with animation when he was a kid. Born in the early 80’s, he was right on time for Disney’s animation resurgence and the excitement that surrounded them.

“I love those movies and wanted to be a Disney animator,” he recalls. “I think I must have seen Aladdin 15 times in the theatre!”

He and his family even got a behind the scenes tour in Orlando when the animation studios were located there. “At some point though, it happened organically for me and my interest shifted to live action,” he says.

Always running around with a video camera in his hand as a kid, Ryan, along with his brother, tried their hand at filmmaking, many of which attempts he hopes never surface. “I always saw those in terms of making a film and not just boys having fun,” he says.

There was certainly less preparation as a kid,than now, as a professional filmmaker, where there is an enormous amount of setup. “Now when I’m making a film there is a lot of prep. Films are usually shot out of order because of the demands of the schedule. As a kid, we just thought of them as little movies, just telling the story one shot at a time,” he remembers.

Now a partner in Brentwood’s Quite Quick Productions Ryan handles the creative and his business partner Brandon Gregory handles the business side.

Early on, Brandon suggested they talk to some of his longtime friends, Michael Gangwisch and Chris Schmid, two Germans who live in Nashville and run a shipping logistics company. Mike and Chris were movie fans, but had never considered getting into the movie business. They brought in Scott Healy and between them, they financed Ryan and Brandon’s first film endeavor, After.

Regardless of their influence or artistic integrity, all films share the fact that there are many hard working people involved in bringing them to reality.  From directors to writers, producers to production designers, caterers to composers, they all have skin in the game.

As Ryan says on his VIMEO page, “Making a movie of any kind, on any scale, requires enormous amounts of work and as a result, the completion of any movie is something to be celebrated.”

In an earlier blog post, Ryan also talked about the challenges of his profession.

“As a filmmaker, I feel like I spend most of my time trying to make movies, rather than actually making them. It’s an uphill climb and it can get tiring. Sometimes I wonder, when will the ground level out? When does it become — well, easier? That’s when I have to force myself to take a deep breath and remember: I made a movie. Like, a real one. A feature-length motion picture, with a beginning, middle, and end. It played in theaters. In select locations, people actually went to see it.”

This movie was After. He’s okay if you haven’t heard about it. “Most people haven’t,” he writes.  “Because of the sheer proliferation of content out there, it’s easy for some movies to get lost in the mix, even good ones”.

“I just want to tell stories,” he says.“Whether that’s a movie or television, that’s what we love, narrative filmed content.”

Ryan tends to gravitate towards genre movies. “I’m not really a horror movie guy, but I love thrillers and sci-fi,” he says.

He’s a huge fan of the “Twilight Zone”. Quite Quick has several projects in development.

The company co-produced a little league baseball comedy called Rounding Third and has been working on a fairly high profile bio pic, still in the creation phase, written by Ryan and NY Times best-selling author and Franklin resident, Robert Hicks.

“It used to be that a really interesting, original voice would come out of the indie scene like Quentin Tarantino or Paul Thomas Anderson and because of the buzz around their work, audiences would show up to see their films,” he says. “Today, there are far fewer indie films getting proper theatrical releases.”

In reality, it takes more to get people to the movie theater. We have great home systems and everything is on demand, but there is another outlet: intelligent content has also gone to TV.

“We’re in a sort of golden age of television right now,” he says. “The Netflix model is especially interesting. The idea of completing 10 or 13 episodes from pre-production all the way through post and then putting it all out there is interesting because it gives you more time to look at it from a macro level, which results in inconsistency in the storytelling. It gives you more creative control.”

Ideally, he’d love to do both. “I love the art of visual storytelling. Whether it’s a movie or TV, I’m open to both,” he says. “We have stories we’re developing that fit the TV model but others that feel more like films. Not everything can be stretched out into 8-13 hours of content so you have to figure out what it will work for.”

He’s excited about a horror/thriller script he wrote that was a collaboration with Chad and Carey Hayes, who wrote the Conjuring movies. The project is called Inheritance and it’s a twist on a haunted house movie.

At the core, Ryan just wants to keep creating movies and stories that people will see. Through it all, he wants to enjoy the journey.

“We have an arsenal we’ve built up and we’re ready to make these things a reality.”

Shari Lacy has happily called Franklin home for over 10 years. Owner of Moonstring Arts, she is a sought after painter in galleries and shops locally and regionally. She has also owned GoodStuff PR Co. since 2006, and has been a freelance writer for years, having written articles for Readers Digest, Southern Exposure, Nashville Parent Magazine, Razor Magazine, and more. She's managed PR campaigns for numerous music artists through the years.