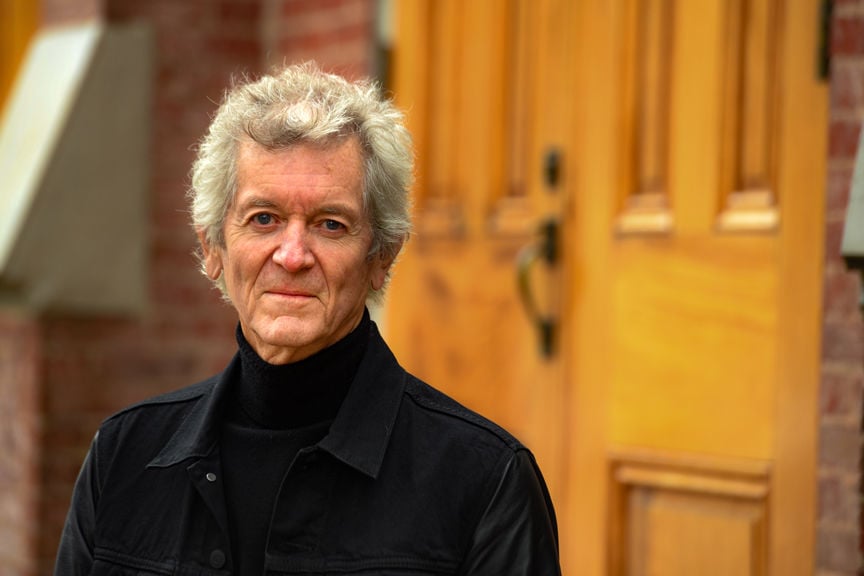 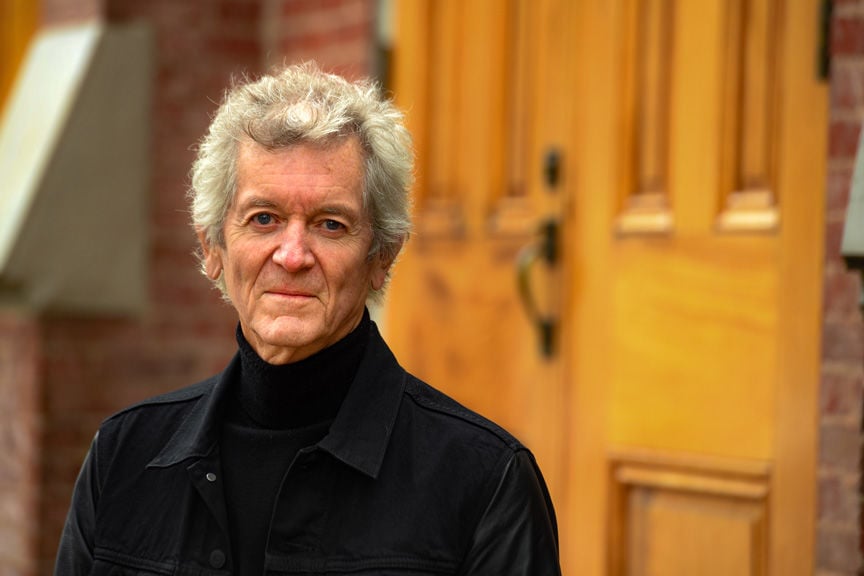 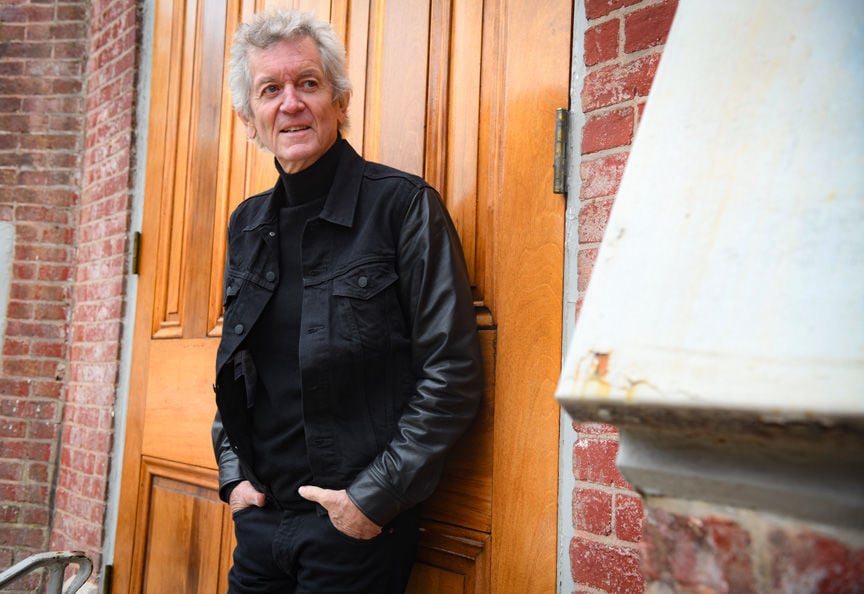 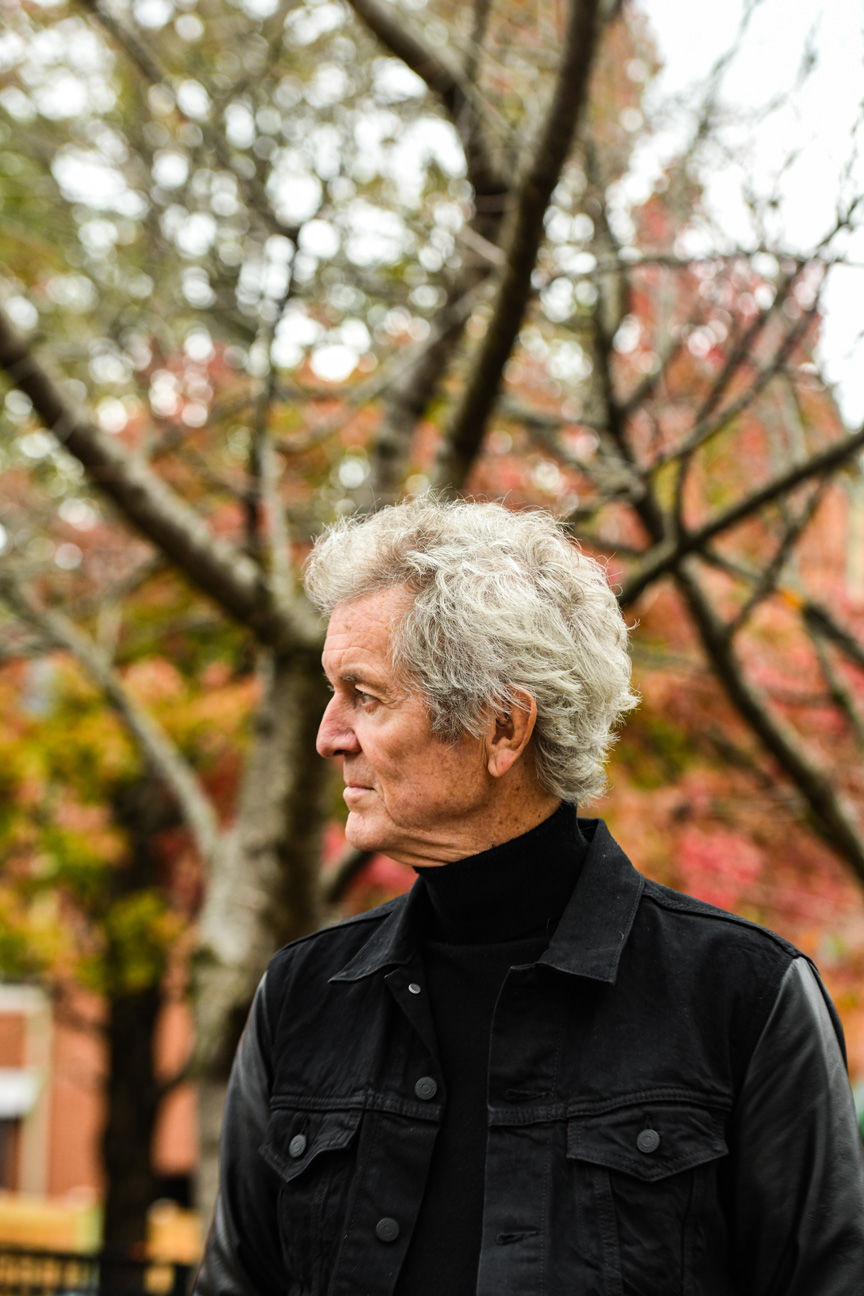 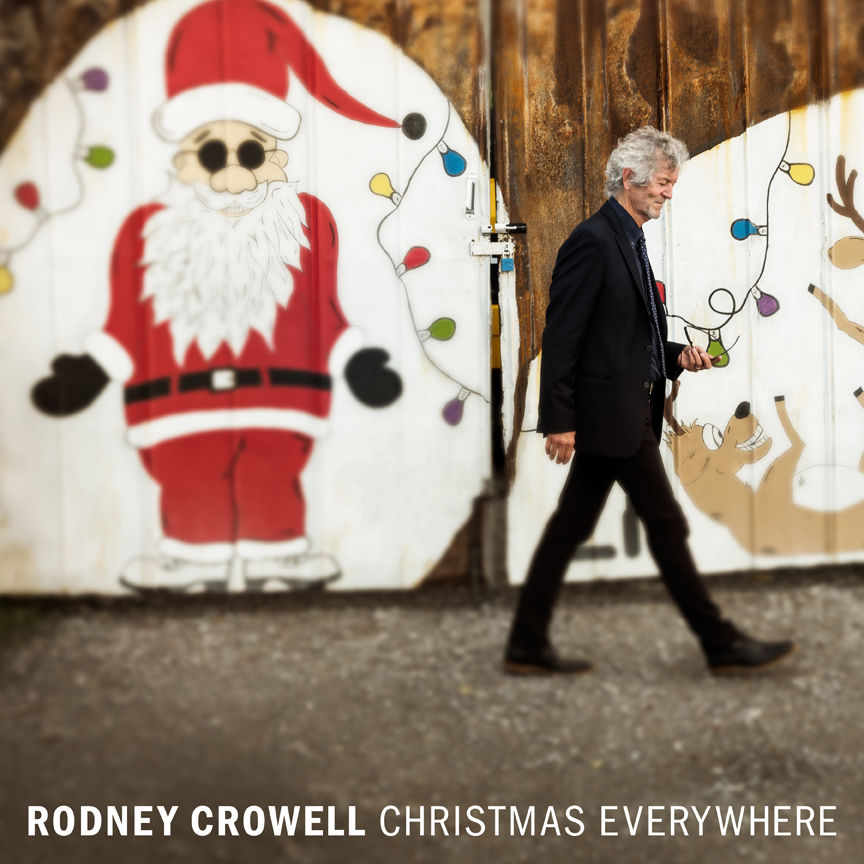 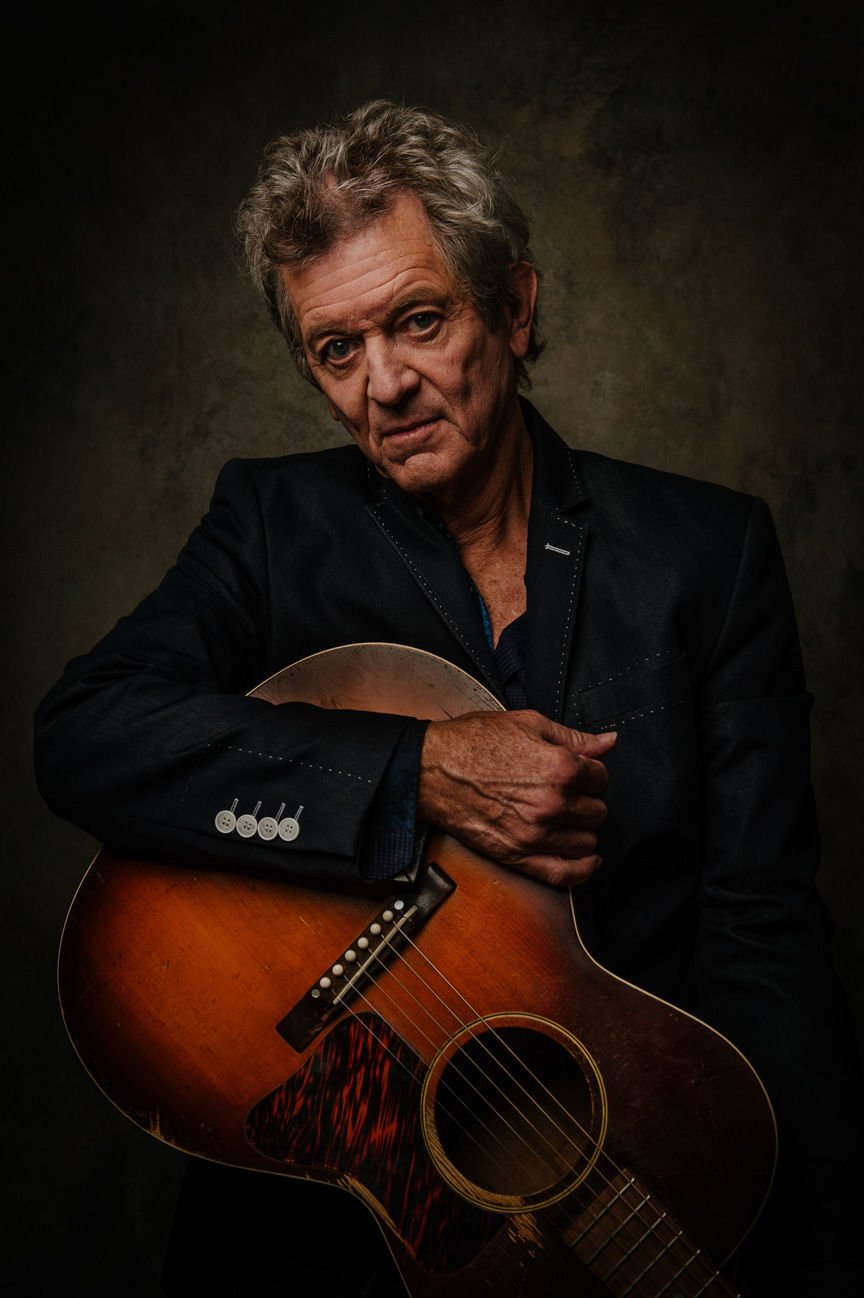 Rodney Crowell orders a hot tea at a local coffee house. Warming his hands with the cup, he walks across the street to a nearby church in downtown Franklin.

It’s a brisk November morning and Crowell has the collar of his black leather jacket turned up over his wiry frame. His piercing blue eyes dampen as the wind hits them. He smiles and waves to an acquaintance and then ducks through a heavy wooden door into the foyer of the 100- plus-year-old church.

Splashes of green and red bounce around as light is reflected through the stained glass windows. The sanctuary is dimly lit, but a faint light is shining on a pew near a window and that’s where Crowell takes his seat.

Crowell released his first ever Christmas album, “Christmas Everywhere”, via New West Records in November. He never thought he would record a Christmas album, but the process actually started years ago.

“I wrote my first Christmas song in the early ‘80s,” he says. “One Christmas morning I was sitting in a pile of wrapping paper with my oldest and next oldest daughters and we made up a Christmas song. We were just goofing around, but recorded it and sent it out to friends the next year as a Christmas card.”

Time marched on.   A few years ago, the Crowells were building a house in the Franklin area, and had temporary lodgings downtown.

“I was going somewhere to shop and on satellite radio, this song, ‘Grateful for Christmas,’ by Hayes Carll came on and it really put me away,” he said. “It was so good, well written, honest, true, prickly and human. I was moved.”

“I had been in a funk around Christmas for the past few years,” he adds. “It just seemed to come around too soon for my taste.”

After hearing Carrll’s Christmas song, Crowell turned his car around and headed for downtown Franklin “in favor of an honest-to-God Christmas shopping spree.”

“I started by the Starbucks and went all the way down one side of Main Street and back up the other side of Main and bought Christmas presents for all of my friends and family,” he says. “I loaded up and was overjoyed that I didn’t have to go to the mall.”

That spirit of giving was the beginning of Crowell thinking that he should experiment with a Christmas album.

“Not only did ‘Grateful for Christmas’ jolt me out of a self-indulgent funk, it also tweaked my creative curiosity,” he says.  “I began mulling over the idea of writing an album’s worth of original Christmas songs.”

Crowell notes that while many selections exhibit the joy of the season, the collection also “explores crass commercialization and loneliness exacerbated by the holidays, as well as songs co-written with his daughters and granddaughters.”

The closing track, “All for Little Girls and Boys” for example, is the song he wrote in the ‘80s with his daughters who were then eight and 10.

“There’s no way I would have recorded an album of classic Christmas songs, so instead I focused on making an ‘every day, real life record,’” he laughs.

Songs such as, “When the Fat Guy Tries the Chimney on For Size”, “Christmas for the Blues”, “Let's Skip Christmas This Year”, “Merry Christmas From An Empty Bed” (feat. Brennen Leigh) and “Hey Skinny Santa” with label mate JD McPherson, illustrate Crowell’s ever-present dry sense of humor.

“We kept it in the family and then picked up the phone and took our pick of musicians from Nashville who can play just about anything,” he says.

Crowell says the dark cloud that hovered over the Christmas holiday lingered because “in families, there’s often times a back list of unresolved conflicts that generally get heightened around Christmas. Also all the loss that you were faced with in a given year starts to come home to roost.”

“But there’s also a lot of joy,” he adds. “Even if you are at cross-purposes with your family, the love is deep and ever-lasting and love wins in the end, which is why Christmas is so successful.”

Crowell says instead of following the path that most artists take when creating a holiday record, they focused on trying to tell the truth around every corner.

“Sometimes telling the truth is tongue and cheek and sometimes the truth is heartache and sorrow, but more often than not the truth around the corner is really just how much we really love each other,” he says. “Even though we live in a time when one side is supposed to hate the other, I don't buy it. I think that’s a mental exercise. When you get out of the mental aspect of our divided country and get into the human aspect of it in the language of the heart, the number one topic is love.”

In the Christmas album Crowell says he addresses “love” throughout the release, but in a lot of different ways … sometimes sarcastically, sometimes vulnerably, joyfully and sadly.

In celebration of “Christmas Everywhere”, Crowell will support Amy Grant and Vince Gill’s unprecedented 12-night “Christmas at the Ryman” stand in Nashville, beginning November 28.  He has also announced additional tour dates across the nation throughout the spring of next year.

“I’m beginning to like the road again,” he says. “I grew to dislike the travel and hotel rooms and it was getting me down so I set out to change my mind. I don’t get paid to play music. I get paid to travel. Most everyone I know says the same thing.

“I’ve lived in the Nashville area since the early ‘80s and when we moved to the Franklin area I discovered that I have everything I want or need in a hometown right here.”

Those roots that he and his family have invested in over the years make it tougher for Crowell to leave it all in the rearview mirror when going out on the road.

“I treasure being home more than ever,” he says. “It could be that as time marches on and I get older, it becomes apparent that I have less time on the planet and have to prioritize what makes me happy. Currently making music still makes me happy, but cleaning up after my dogs makes me happy, too.”

Crowell is wrapping another album, which he plans to release in late summer of 2019. For more information on Rodney Crowell visit: