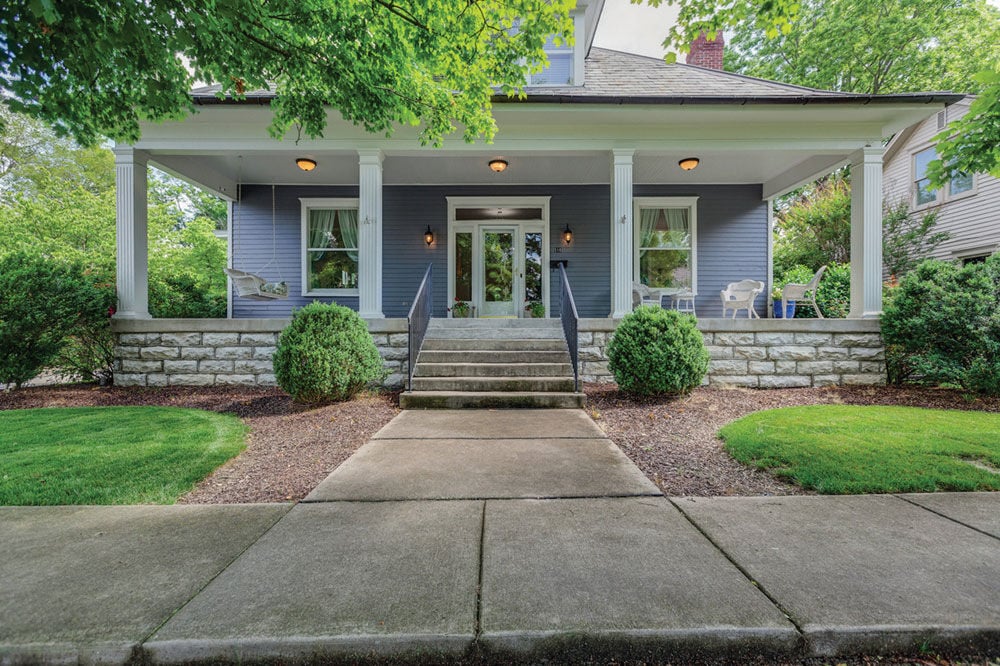 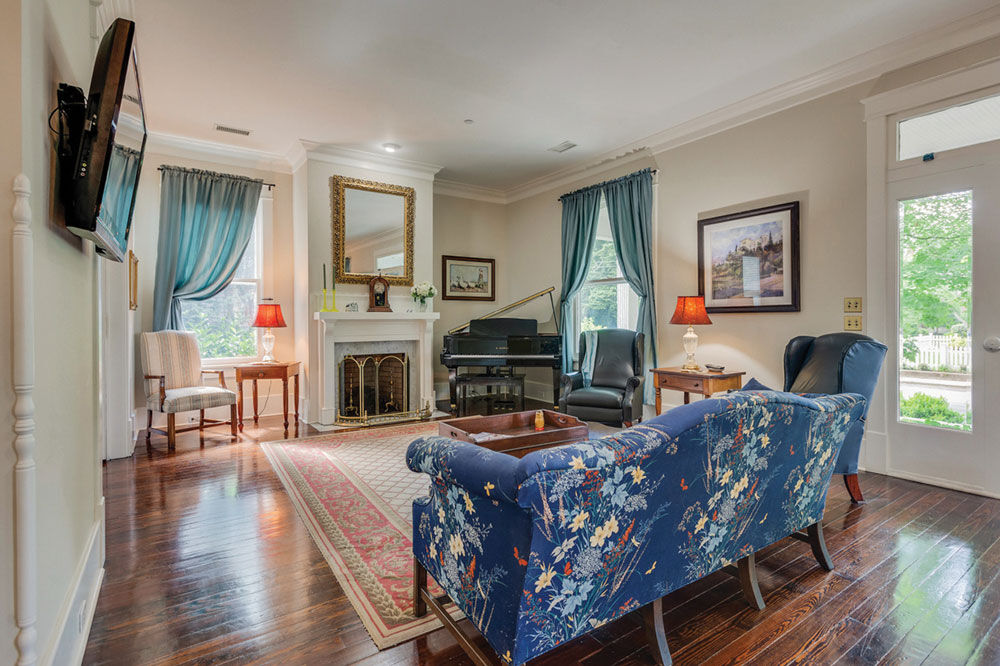 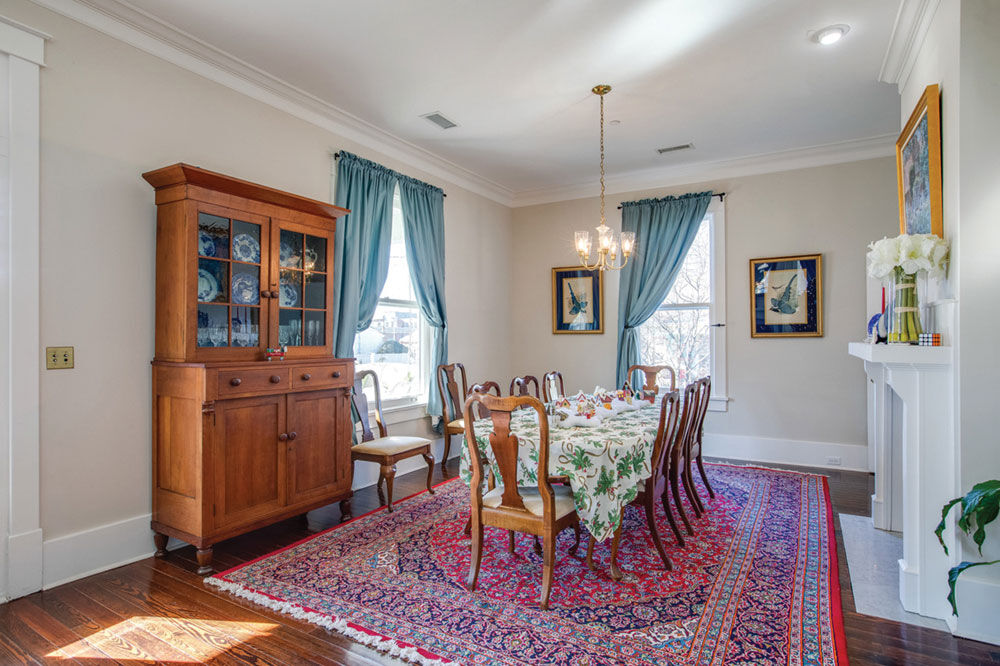 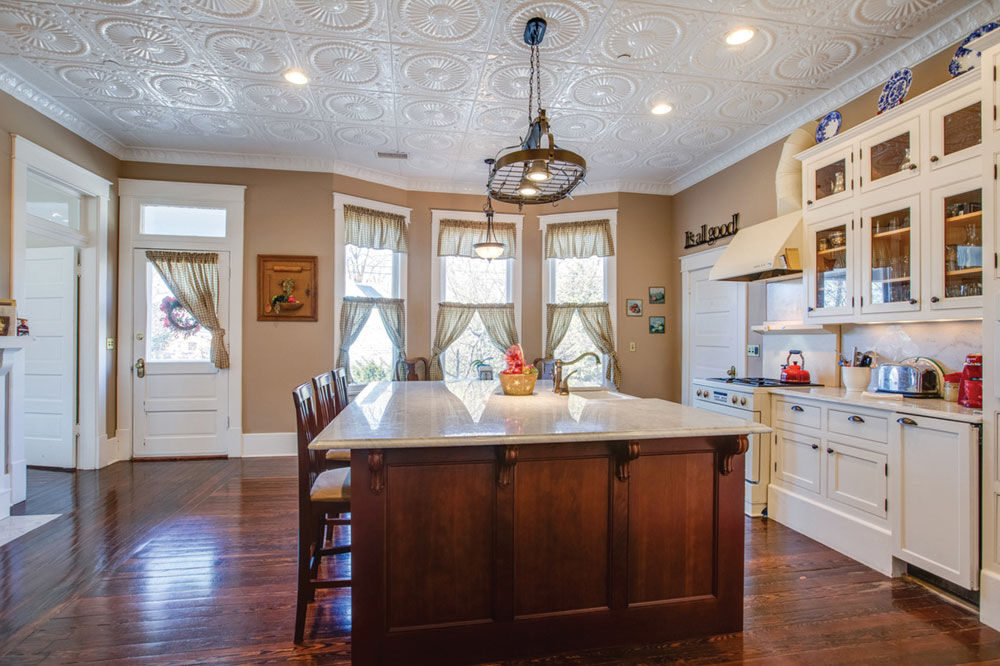 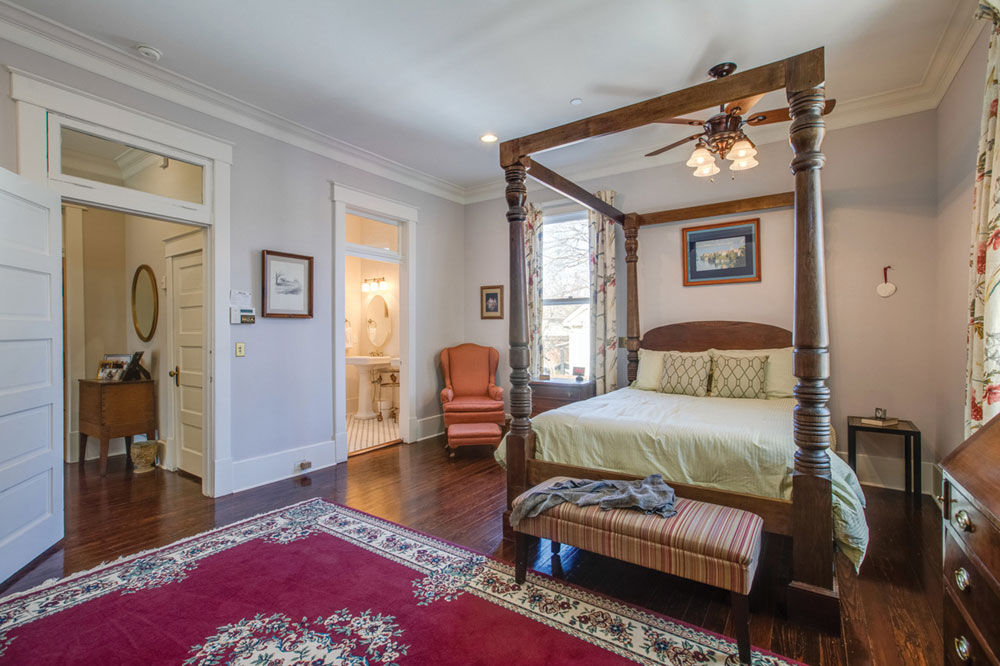 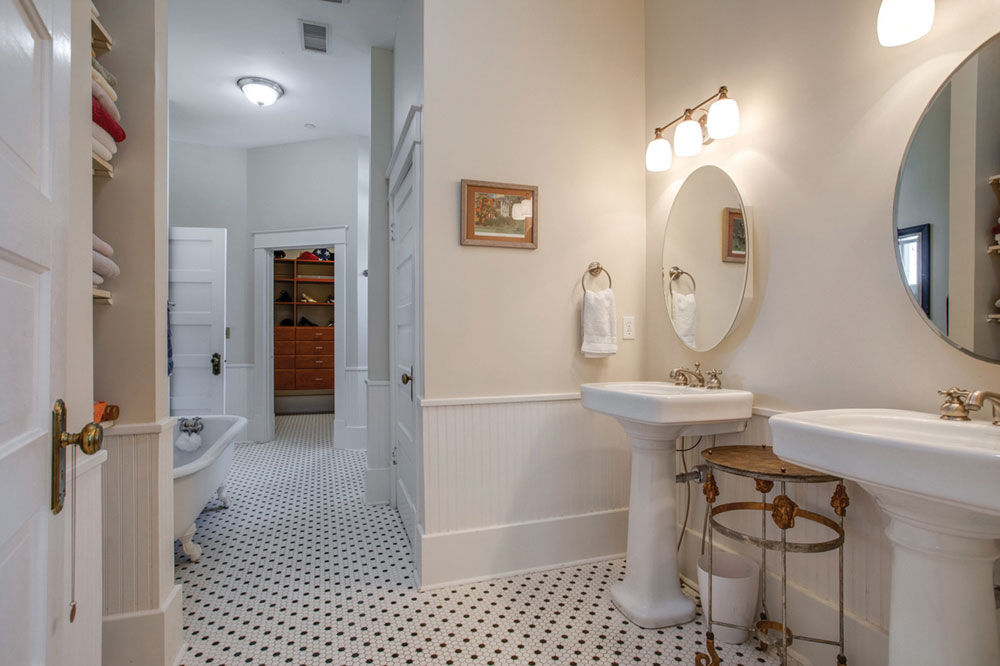 The historic home at 510 South Margin Street in downtown Franklin is as charming and welcoming as a cold glass of sweet tea on a sweltering summer day. But it’s not just a pretty face.

Built in 1912, it underwent an incredible renovation in 2007 and 2008. The interiors are as new as the exterior is historic. Inside, it’s like a brand-new house. One that is awarding-winning green and a high-tech marvel. Techies will applaud these spacious digs located just two blocks from Five Points.

The total, back to the studs, renovation produced a 4,629-square-foot marvel that is so green, in fact, that the total monthly utilities bill — gas, water and electricity — is $170. Total.

The listing agent, Loy Hardcastle of PARKS, says the price of $1,697,500 for the four-bedroom, four-bath, two-half-bath gem perched on a luscious emerald lawn is an incredible find.

The man behind the total renovation is Fred Reynolds, an engineering graduate of Georgia Tech and part owner of Rock City Construction Company. He has dotted every I and crossed every T on every inch of the home.

“My wife, Linda, and I bought the home out of my family estate when my aunt died,” says Reynolds. “We knew from the get-go that we were going to do a total renovation. We invited the neighbors over, told them it was going to take a while to do all we planned to do, but at the end, the home exterior would look just like it is, but within its sturdy walls, would be a whole new house. We asked them to bear with us.”

The meticulous restoration took 18 months and a wealth of knowledge, talent, experience and expertise. The costs were high, but the finished product is priceless.

The floors, doors and windows are original. With the moving of a few walls here and there, the house was missing a few interior doors; Reynolds had them constructed to his specifications to be as solid and handsome as the existing doors.

Here’s an uncanny idea that the engineer / construction owner came up with at the very beginning of creating his masterpiece. He brought in an expert to lift the house 3 feet, then he excavated beneath it to end up with a 9-foot ceiling, four bays with a lift for cars, a perfect-temp wine cellar and a home theater. The original stone foundation was back in place.

Who thinks of that?

“We added the expected renovated master bedroom on the main floor and its bath. The bath sports tiny black and white marble tile and wainscot that were period features. We created a huge master closet,” says Reynolds.

The glistening pine hardwoods run throughout the house. Upstairs are three bedrooms. But hold on for another piece of genius: a rooftop terrace. No kidding.

“Linda and I are big travelers,” says Reynolds. “When we were growing up, neither of us went anywhere much. As a couple, we began traveling early on. We’ve been to 62 countries, so we go all we can. Once in Rome, we stayed in a quaint hotel that had a rooftop terrace. Linda loved it. So, we figured out how to do it amidst the renovation. It’s very private and pleasant in moderate temps.”

There’s also a patio out back that is equally as lovely.

As to the innerworkings of this green machine, Hardcastle says the control room downstairs looks like the inside of an airplane cockpit.

“The brain of the house and computer system is astounding,” he says. “The house has radiant heat, meaning pipes filled with hot water run throughout the house. The temp in every room is the same. It’s just amazing. And there are huge tubs of rainwater caught by a guttering system that funnels the water to the storage tanks. The water tanks are 4-by-1,350 for 5,400 gallons.

“Originally, [Reynolds] came up with the idea to provide water for an irrigation system, but then he put in a top-notch filtering system which provides sparkling clean water for the house, drinking water and interior water needs. And, he has all that set up so with the flip of a switch the house goes back to city water while maintaining it for irrigation.”

While the home is an iconic example of brilliant conservation and technology, the heart of the place is its charm and beauty. Its ceilings are tall, topped by beautiful millwork, three fireplaces in the home light cold grey days, rooms are spacious. The kitchen, designed for cooking and entertaining, follows today’s trend of a large island; the cabinets are custom, reflecting the style of the 1900s. A stamped tin ceiling is perfect for the period. It’s one of the Reynolds’ favorite rooms; the other is the home theater which sports a sofa and two big leather viewing seats, and tiered behind that, two rows of seats that came out of the Franklin Theatre during its renovation.

The Reynoldses have loved the new old home but have decided to downsize into smaller digs. Their plans are to travel even more, thus spending less time at home. Being in the construction business, the Franklin natives will build their next home. Of course.

Four bedrooms, master down, others up

Four-car garage beneath the home with 9-foot ceilings