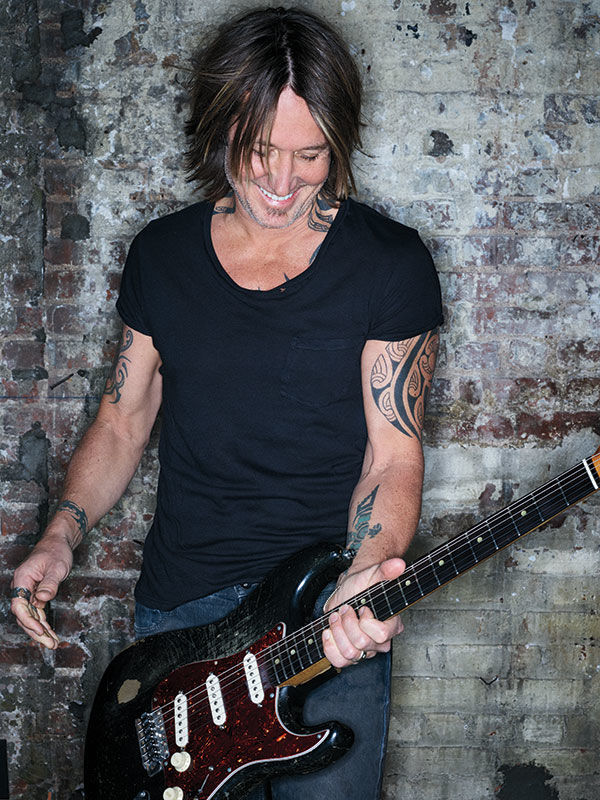 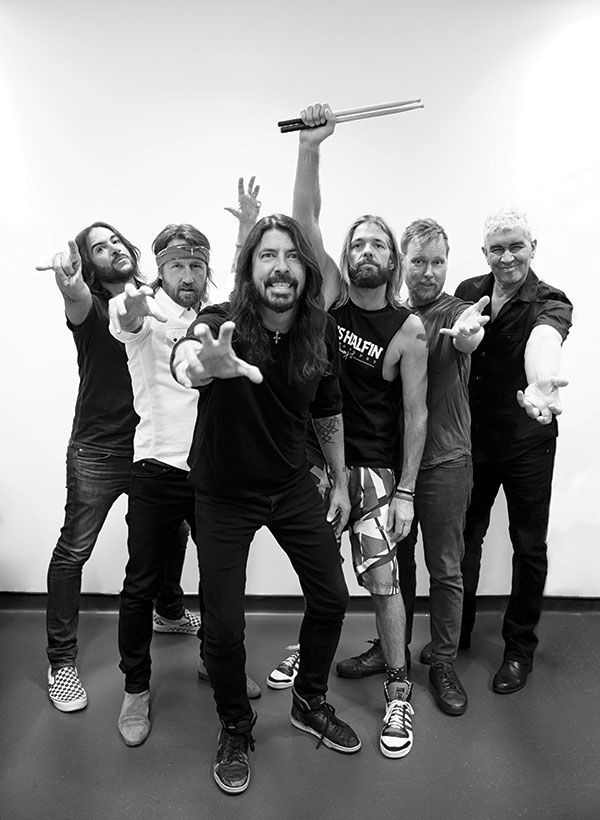 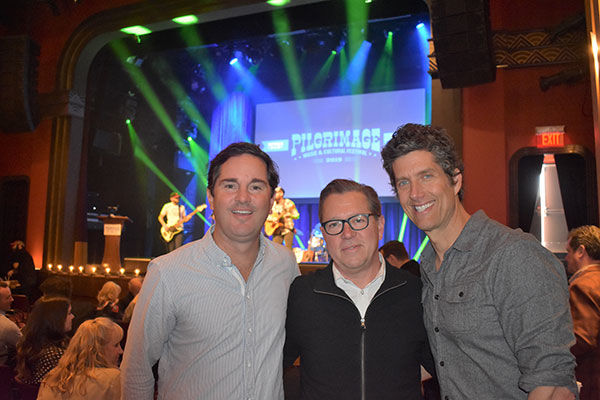 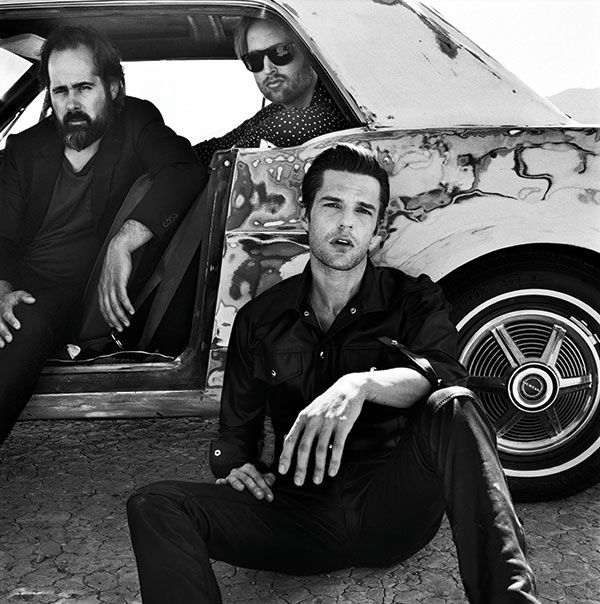 With Franklin’s Pilgrimage Music Festival approaching its fifth year in September, one looming question stands out among all others.

It’s not the lineup, which is arguably the best since the festival’s inception. It’s not the ambience, which has been fine-tuned and rivals any festival’s experience. It’s the one thing that cannot be manipulated, or controlled by its seasoned organizers: the weather.

Rather than let something they can’t control consume their planning, the event creators are taking a positive approach and are focusing all of their efforts on all of the things they can control.

This year’s lineup features some of the heaviest hitters on the music charts...from Foo Fighters to The Killers, Keith Urban, Leon Bridges and Nathaniel Rateliff & The Night Sweats.

“If you look at the Pilgrimage lineup, it rivals any festival’s in the country,” says William Brandt Wood, one of the festival’s founders. “Also, with last year being an abbreviated festival, many folks probably did not get to experience everything that we built out.

“There were a lot of new things last year that we thought we really got right, and we are bringing them back again this year, he adds.

“We were really peaking in year three when Justin Timberlake and Eddie Vedder headlined,” says Michael Whelan, one of the founders. “We were trending similarly last year, but rain changed the fortunes of how things played out.”

The three founding partners, Wood, Whelan and Better than Ezra’s front man Kevin Griffin all plan and produce the festival from different locations throughout the year to make the event successful.

Whelan, a New Orleans businessman, is calling from his family’s home in Michigan, where he is summering.

“The partners, Kevin, Brandt and I are able to produce a world-class festival from remote locations, even if only one of us lives in Franklin,” he says. “Kevin, being on site and living in Franklin, is heavily involved in the community and is the local ambassador. Brandt spends the month prior to the festival on the ground and handles most of the communication as the managing partner. With me being in New Orleans, I am able to handle my responsibilities from a remote location, but I spend some time in Franklin and will definitely be there during the festival.”

In 2013, Better Than Ezra front man Kevin Griffin was running through the trails at The Park at Harlinsdale Farm in Franklin when he had an “entrepreneurial seizure”…. that the retired horse farm would be a perfect site for a music festival.

“It just made perfect sense to me to have a festival at Harlinsdale Farm. It was like an idea I just couldn’t shake,” Griffin says in an earlier interview.

He called long time friend and producer Wood, a heavy-hitting Dallas nightclub and restaurant owner and Whelan and both jumped at the opportunity.

The promoters originally billed Pilgrimage as a boutique festival, meaning the festival will end earlier than most and attendance is capped so to not overwhelm the city of Franklin.

“I don’t think we’ll ever lose the DNA of what it was created to be,” Whelan says. “We hope to cap it somewhere around the low thirty thousands at some point, but I don’t see it ever growing to where it loses that boutique vibe.

“We do know that Franklin is evolving as a city as well though,” Wood adds. “With the future addition of eight-foot sidewalks with lighting will be a game changer for how you get to Harlinsdale/ That kind of access can make interesting things happen for Franklin. Pilgrimage will certainly benefit from these changes as well.’

One of the goals the founders have maintained since the festival’s inception is to funnel business into downtown Franklin after the event. That’s one of the reason why they say they close early.

“We wanted to release the crowd at an hour where people can still make plans to do other things in Franklin. This is exactly what the Jazz Fest does in New Orleans, which was our inspiration,” Wood says in an earlier interview. “It’s smart for the festival to be a day festival so that it can be something for all ages from strollers to retirees.”

Sixty percent of patrons are from Williamson and Davidson County with a 39-year-old average, according to Wood. He adds that there are 2,000 10 and under children in attendance every day.

“It’s a family friendly festival,” he says. “Don’t leave the kids at home, because they love festivals and will have a great time here.”

The Lil’ Pilgrims stage is an entire area dedicated to activities and musical programming for children.

Another highlighted area, besides the main stages, includes: The Americana Music Experience, introducing attendees to neighboring music-related communities in different states in the southeast.

“We’re the only festival that’s doing this in the country,” Wood says. “It’s our way to bringing an educational component to a music festival, by letting people know about each of these communities.”

Last year they also added Millville, “an offbeat festival ‘village’ that has been designed as a neighborhood on the festival grounds,” Wood says in an earlier interview. “It’s kind of modeled in a loose interpretive way after Leiper’s Fork with tiny houses, bars, restaurants, shops and a giant shade structure that covers the Kimbro’s Pickin’ Parlor stage.”

Kimbro’s Pickin’ Parlor, a legendary Franklin venue, has had a presence at Pilgrimage since the festival’s inception and brings the local music vibe to Pilgrimage. This year those bands include: Raelyn Nelson, Jake Burman & Co, Jake Leg Stompers, Jackson Bruck & the Dukes of Hume, Cam Pierce Band, People on the Porch, Morgan Myles, Chip Greene, and Lilly Winwood.

The Millville Kimbro’s Pickin’ Parlor stage will be a round stage under a giant shaded tent with an enormous may pole coming out of the middle of it.

“This should be one of the most interesting visual things people have seen at the festival,” Wood says. “It’s also the only shaded stage on the grounds and it’s been pretty hot the past few years.”

Both Whelan and Wood have bands they are especially looking forward to at this year’s Pilgrimage.

“I know it’s somewhat sacrilegious to not say the Foo Fighters, but I’m really looking forward to seeing what The Killers do Saturday night,” Whelan says.

“Since Michael picked The Killers, I’ll go with the Foo Fighters,” Wood says. “It’s divine inspiration to see how these guys will entertain. It is also well known that they are very close friends with Ben Jiffy from Preservation Hall Jazz Band, so it’s no coincidence that we booked them too.”

Pilgrimage’s first year ended with Preservation Hall closing with Willie Nelson, so you never know what might happen this year.

Wood says, “I envision Pilgrimage as a one-of-a-kind, memory-making experience and having Franklin

be known for those.