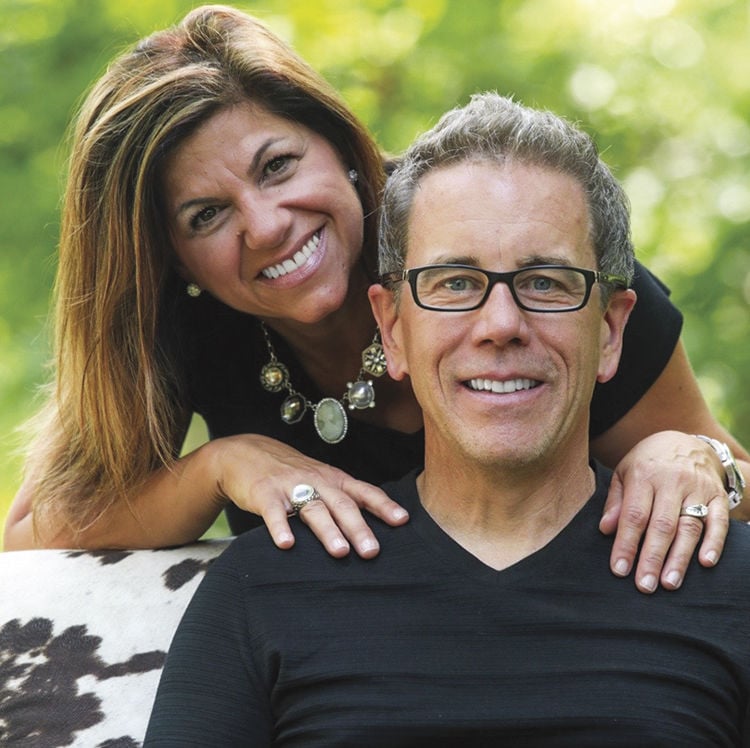 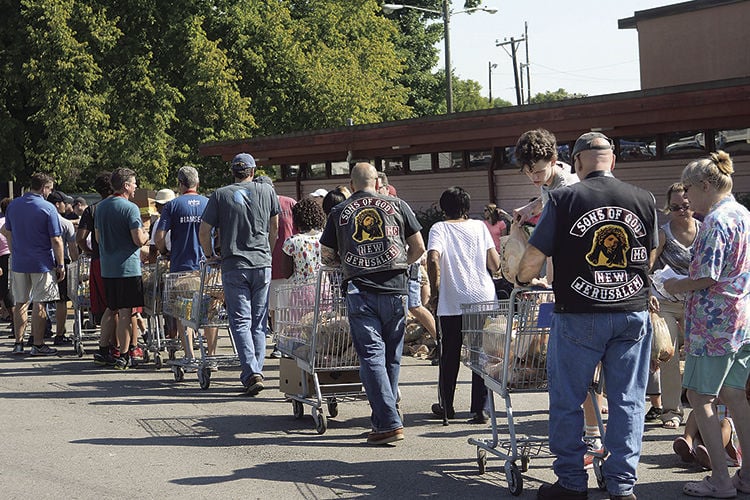 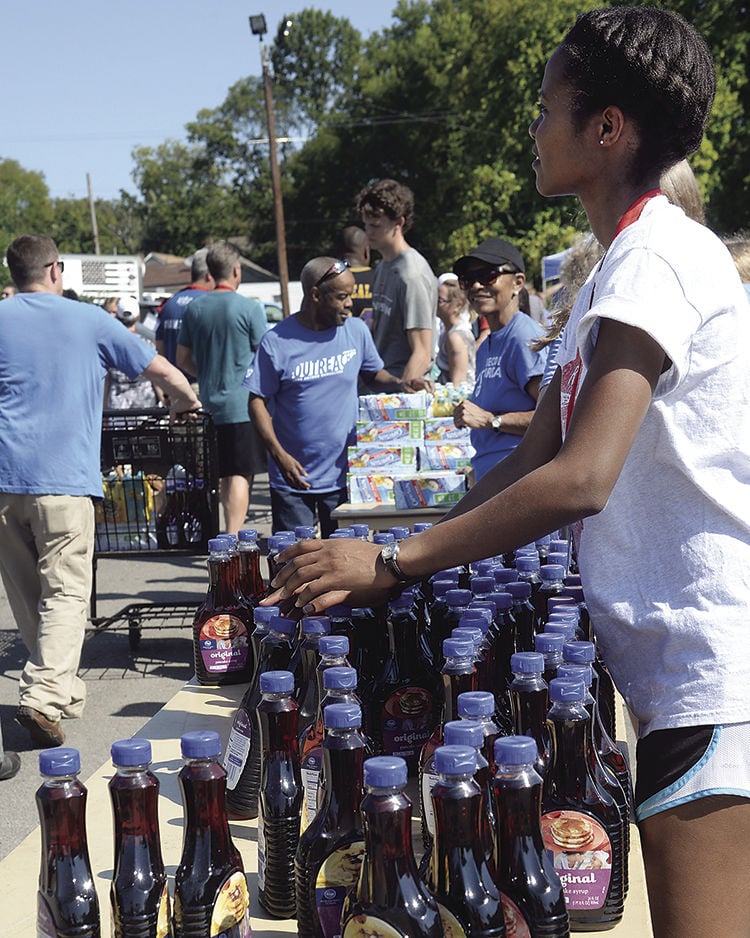 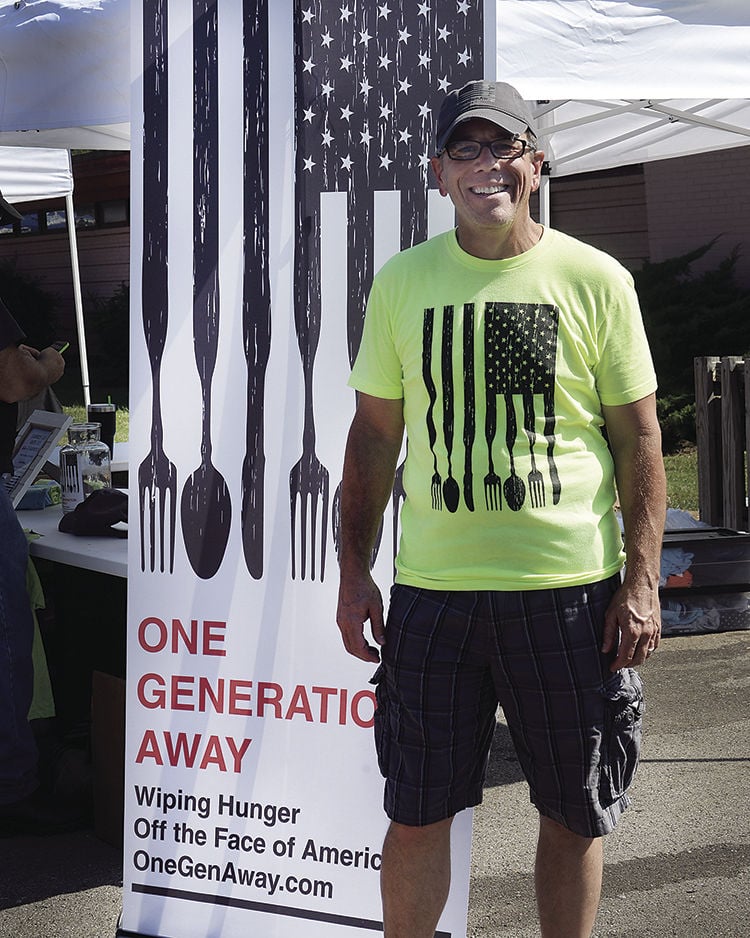 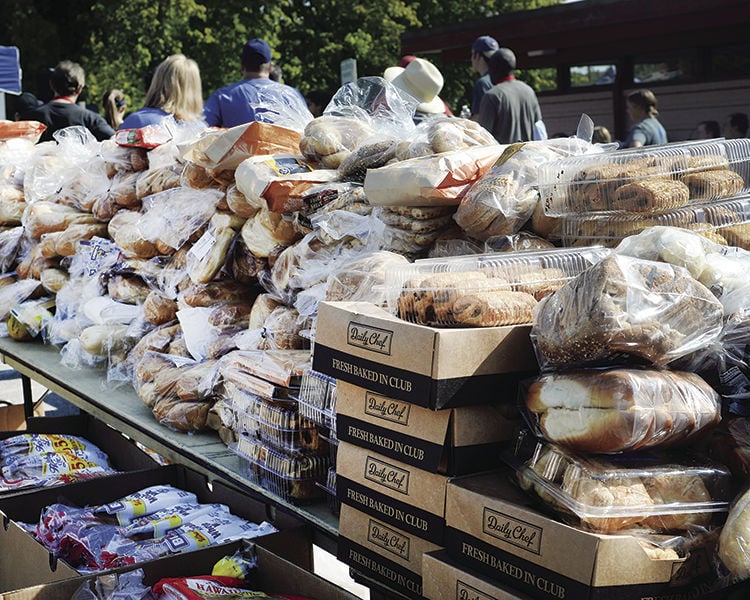 If there is proof of doing God’s work, One Gen Away has put it right on the table.

A simple meal sounds easy to come by, but there is a staggering amount of people in Middle Tennessee who don’t know where the next meal is coming from.

Chris and Elaine Whitney arrived in Franklin12 years ago with the purpose of starting a church. Chris has served to this day as Pastor of Nashville Family Church. Elaine, meanwhile, was working for a local nonprofit organization, and together they found themselves regularly filling a need to deliver food. By 2011, One Gen Away was born from a calling to feed the hungry; an act they believe will not only change a community, but will change a nation.

“We’re one generation away from eliminating racism, denominationalism and poverty in America,” explained Chris. “Our passion is to bring people across denominations together to serve our community, wiping hunger off the face of America, and teaching people to help one another. We can’t keep turning our heads away from those needs.”

The heart of the operation is based in Franklin serving local residents, but their efforts spread far beyond county lines, as well. With a large portion of donations coming from major food retailers, One Gen Away is able to set up as up as a mobile food pantry in low-income neighborhoods and food deserts where transportation is an issue and access to a grocery store and fresh produce are out of reach for residents.

Working in partnership with other community organizations, churches and police departments; they deliver food when the need arises: to shut-ins, families living in hotels, homes for abused women, girls who have been rescued from sex-trafficking.

Distributions occur a few times a month, like one last month. Dozens of volunteers arrived in the parking lot of a community center in East Nashville, eager to serve. They paired up with those who came to receive, walking with them and pushing a grocery cart down alongside the long row of tables stacked with food.

Other volunteers, adults and their children, were pulling out bags of food and filling the carts, assuring everyone had plenty to take home. When they were done, they escorted the recipients to their cars to help load the food, and offered to pray with them. Gratitude shows up in return. “They’re getting fed physically and spiritually, “said Elaine.“They really open up; we have heard painful stories.”

“I’ve lost count of how many elderly people say to me, ‘Thank you for this food, now I can buy my medicine.’ When a human being is making a life or death decision over a commodity, which is food and medicine – we have to fix that,” said Chris.

“This year we’ll give away more food than ever, the need is through the roof,” said Chris.  “One in four children in this county doesn’t know where the next meal is coming from; and it’s one in six for the general population.”

In their first year of operation, One Gen Away distributed 40,000 pounds of food. This year, they’ll distribute approximately 850,000 pounds, which equates to 653,846 meals and $1.7 million in retail value.

“How amazing it would be if we doubled that to a $300,000 budget and got one million meals,” said Chris.

For the thousands of people One Gen Away has helped, one story stands out for Chris, nearly bringing him to tears telling it.

The Whitney’s were called to Huntsville, Ala. where city officials and major food chain executives were offering to form a partnership; they were in need of help. This was in the aftermath of devastating tornadoes that had hit the northern part of the state, leaving thousands of people among the wreckage of their homes, with no power, no water, no food.

One Gen Away delivered food to nearly 6,000 people. At the front door of one home, a volunteer knocks and waits. An elderly woman, living alone, slowly approaches and opens the door. Her eyes scan the bags of food in front of her, mustering the words, “I prayed this morning that if I was going to eat, God would have to feed me.”

As the founder, Chris passionately states, “When we all cancome together and we do our part, we can change a city.That’s what I see Franklin being, a city that embraces the poor, disenfranchised community, and we take that to other cities. It starts right here, we are one spoke in a wheel.”

This holiday season will be bountiful. For Thanksgiving, One Gen Away will give away 400 turkeys along with a grocery cart full of side items.

There are several ways to help support this vital mission.  We can volunteer, donate money, purchase a T-shirt or a copy of the book Chris has authored, “Dirty Church”.

To learn more about One Gen Away visit www.onegenaway.org.