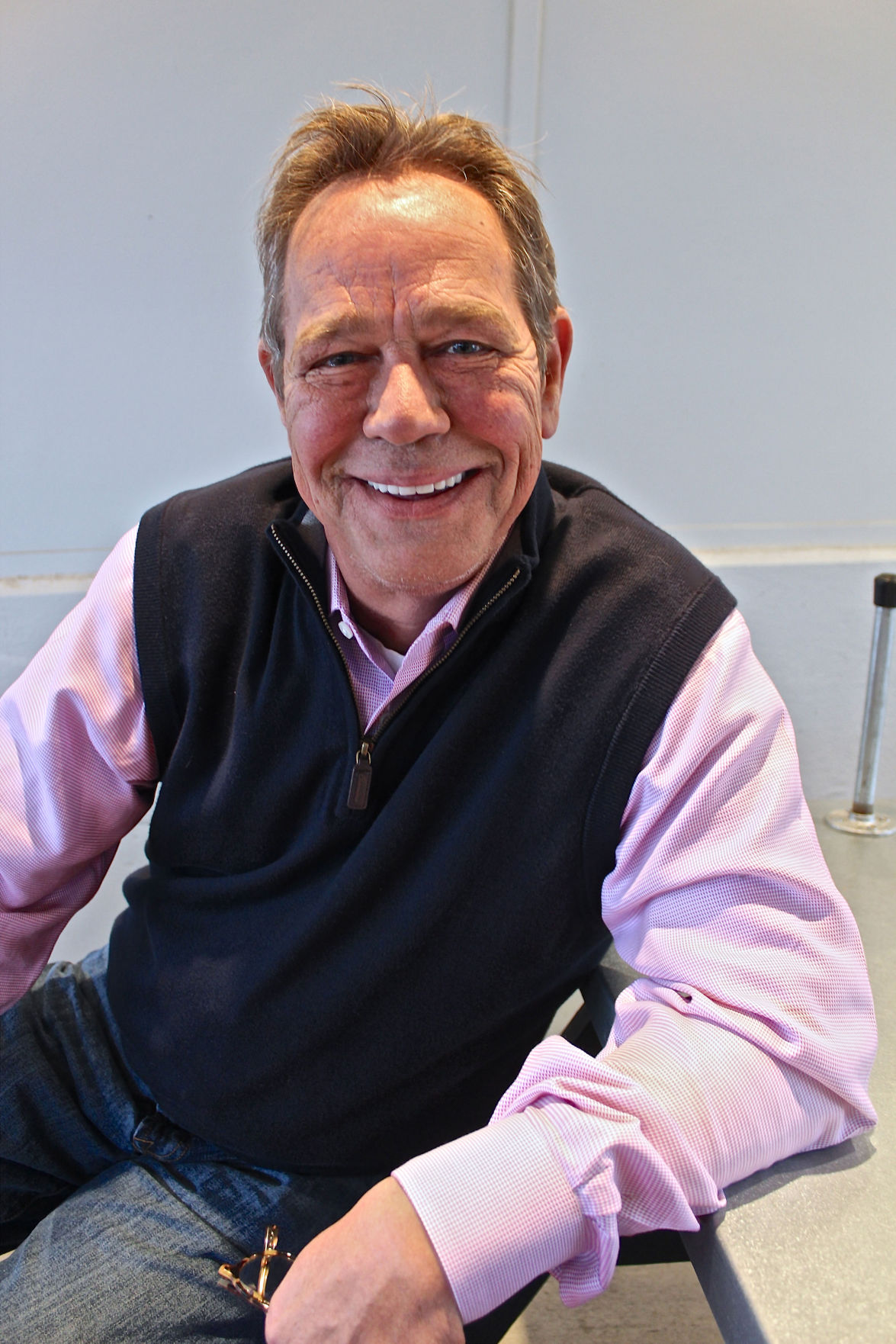 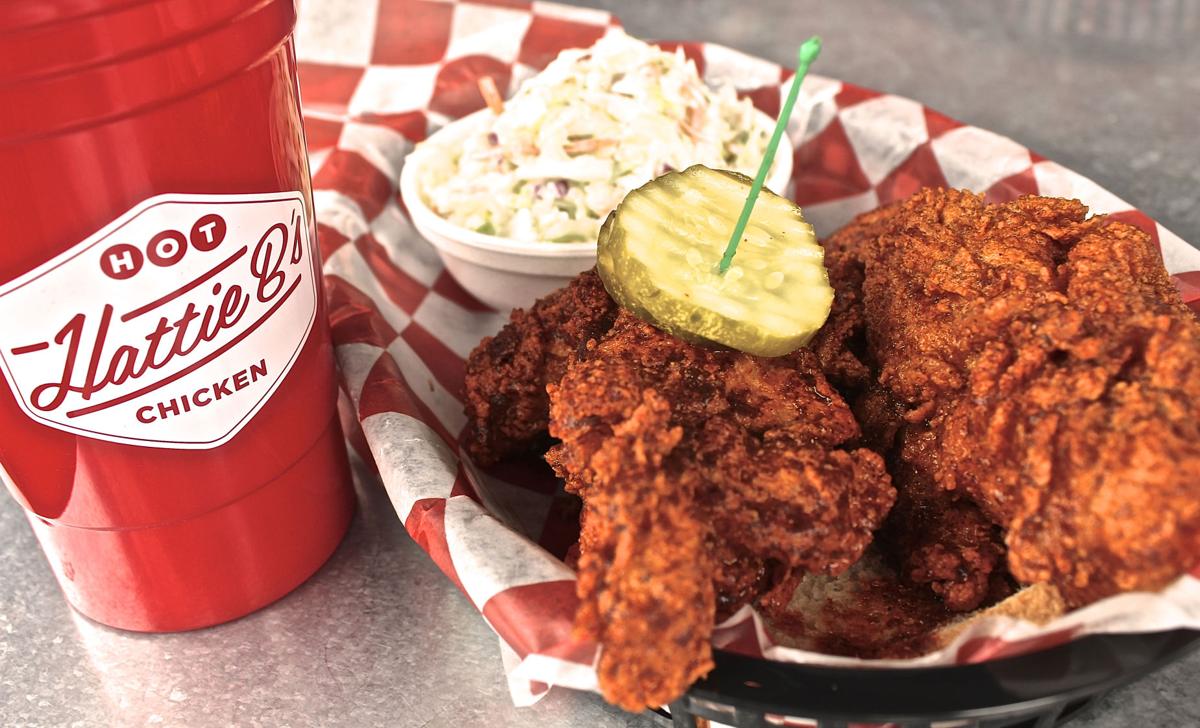 Hattie B’s has been serving up Nashville Hot Chicken for 5 years. 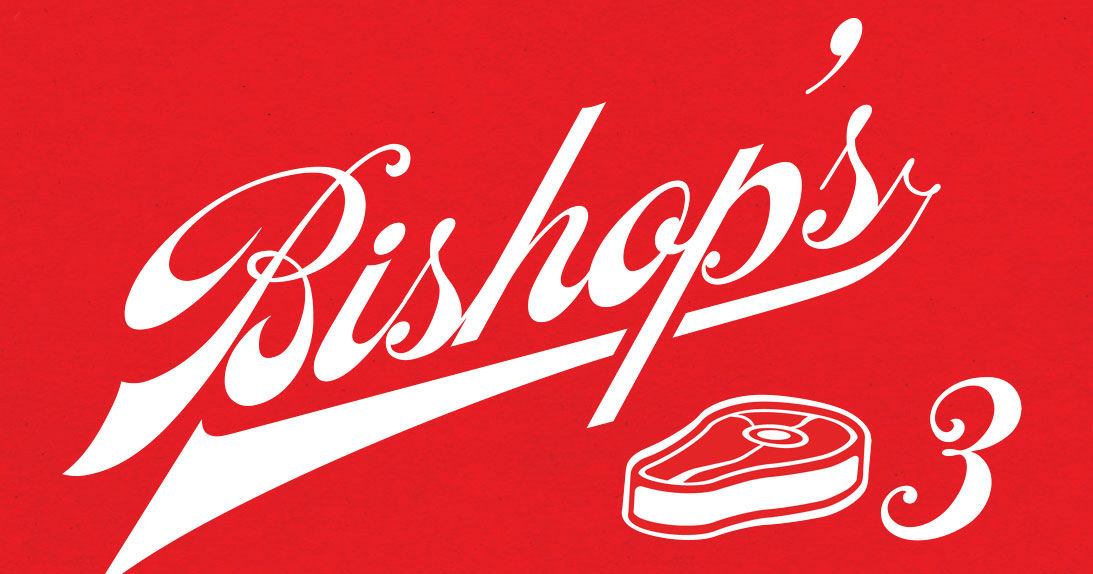 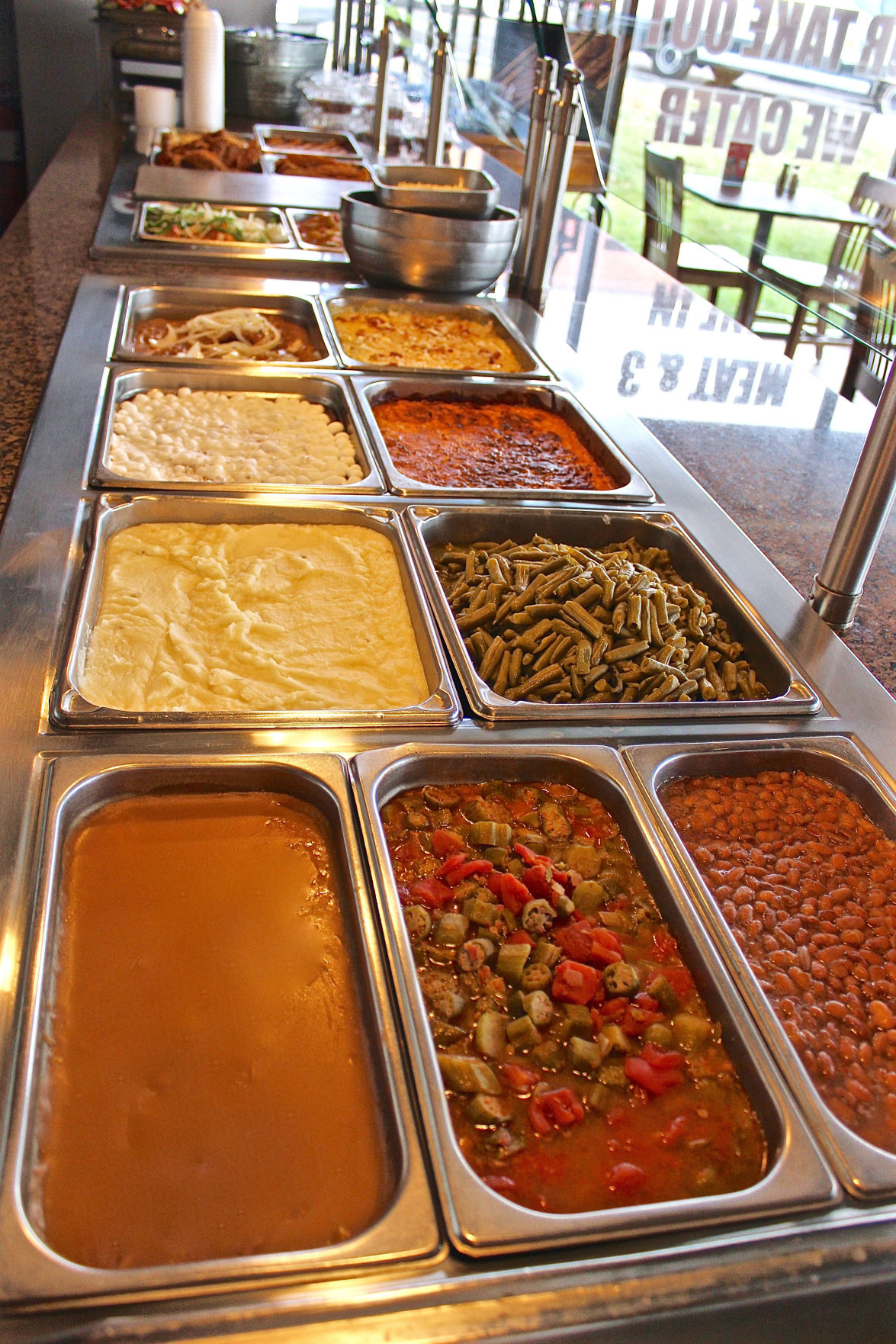 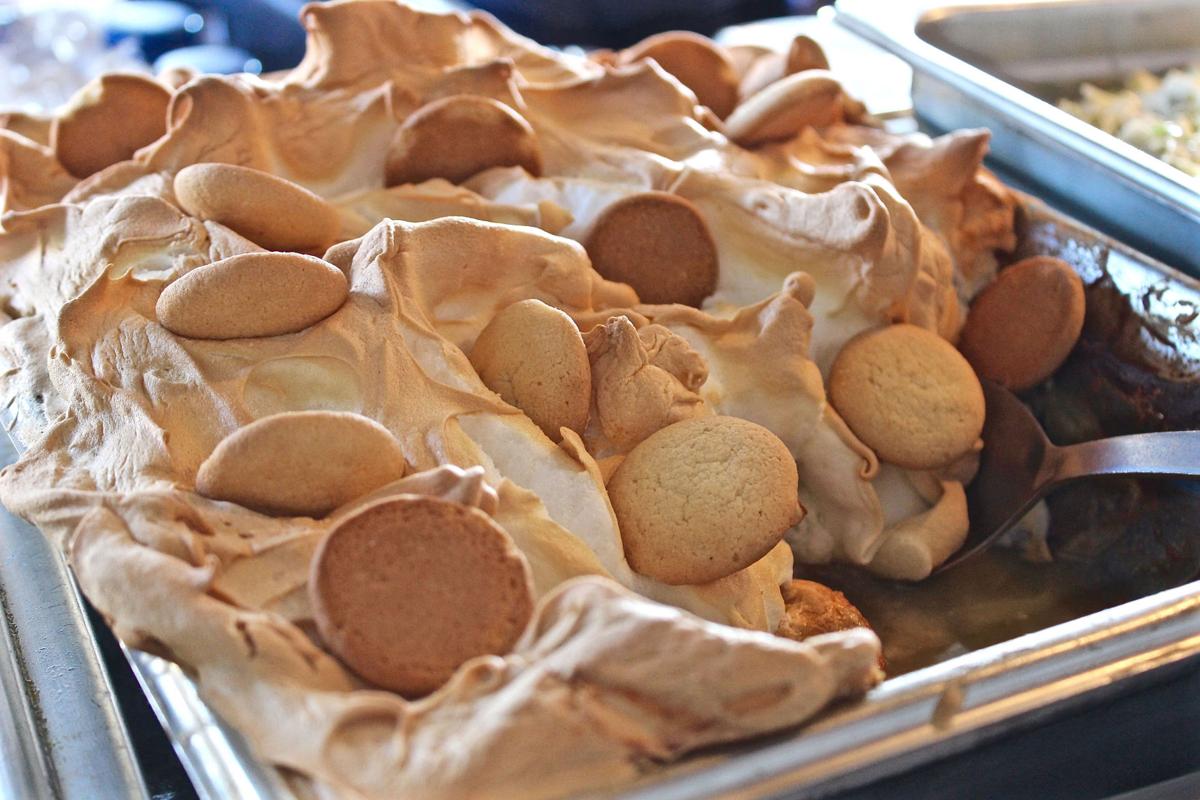 Hattie B’s has been serving up Nashville Hot Chicken for 5 years.

When it comes to restaurants, you could say the Bishop family has always done it the old-fashioned way.

For Gene Bishop, that meant skipping college and going to work after graduating high school, scooping peas on the serving line and taking out the trash at the Morrison’s Cafeteria in Savannah, Ga. Fifty-three years later, he retired as chairman and CEO of Morrison’s Restaurants.

While the family’s roots were in South Georgia, the Bishops moved with the needs of the company – to Atlanta, to Mobile, Ala., to Greenville, S.C., or wherever a location called. Gene’s eldest son, Nick Bishop, says his dad tried to push him to an easier career path.

“He told us he didn’t want us in the restaurant business, but my two brothers and I all went to work for Morrison’s after we finished college,” Nick says. “Fortunately, he took the approach that we had to perform just like anyone else or be fired. He was a hard worker, and he taught that to all of us. I’m very thankful for that.”

Growing up with a front-row seat to the business side of food, Nick brought valuable perspective to the company. His father understood people and food trends well, and he’d passed that knowledge to his sons. In the 1980s, when the fast-casual chain concepts like Applebee’s and Chili’s were catching steam, the cafeterias that had held sway in southern markets for decades found themselves struggling. Morrison’s was looking for a new path, and while the restaurant side pivoted to a partnership with the Ruby Tuesday group, Nick transitioned from cafeteria operations to foodservice for hospitals.

“My wife and I and our three children were living in Birmingham at that time. Morrison’s was on the cutting-edge of ‘de-institutionalizing’ hospital food back then – today is totally different than it used to be,” he explains. “I had an opportunity to come to work with Baptist Hospital in Nashville, one of our largest accounts. Like my dad, I had moved my family all over with my wife Dawn’s support, but when we landed in Nashville, we decided this was where we wanted to raise our family.”

The healthcare foodservice line was a success for Morrison’s, and when he decided to retire in June of 2007 after 30 years in the business, Nick was managing 20 hospitals across the region.

He says he tried to play golf and go out on the lake, but it didn’t take long for that restless feeling to creep in. The business was in his blood. Driving down Mallory Lane in Franklin one day, he saw a building for lease.

“I called Jason Cockrell, who had been with me at Morrison’s. He was doing a catering thing, and we pretty quickly decided we were going to open a restaurant there,” Nick says. “Bishop’s Meat & 3 opened in September, about three months after I thought I had retired from the restaurant business.”

The location next door to Chik-fil-A was an immediate hit, with Bishop and Cockrell working the business every day, scooping peas and taking out the trash. They expanded into food service with a private school and a corporate center, and had great wins there too.

Three years in, Nick Jr., who was working with John Prine’s record label, decided he wanted to get into the family business.

“He is great with people, so he was a natural. We continued to cultivate it as a restaurant family, just a really great team and atmosphere,” Nick says. “The problem was, that team worked so well that I had worked myself out of a job. Once again, I was officially retired, and once again, I tried to go relax, but that fear of missing out was driving me nuts.”

As a food guy, Nick had explored the far corners of Nashville for years, searching for great spots that served unique dishes. One particular meal kept creeping into his daily thoughts.

“We are big fans of Prince’s and Bolton’s… how could we do hot chicken at Bishop’s? First and foremost, we wanted good southern fried chicken, flavored to the bone.”

Nick says he showed up at Bishop’s one day with a big bag of cayenne pepper, brown sugar, garlic salt and other spices, and started experimenting. Eventually, they felt they had the blend right, with a 36-hour dry marinating process that penetrated the chicken and produced the signature fiery sweet crust when fried. They came up with some signature side items to go with it, such as pimento mac and cheese, and used Bishop’s customers as guinea pigs.

“At that point, we had 350 or 400 people a day coming into Bishop’s for lunch, and we knew them all on a first-name basis. That loyal crowd was willing to try the chicken and other new menu items, and at the end of the day we’d sit down and talk about how to make it better,” he says.

That was 2010, and hot chicken became 30 percent of the sales volume at Bishop’s within two months. Two years later, when an opportunity emerged around a building in Nashville’s Midtown, Nick took the next step, and Hattie B’s – taking a family name that belonged to his grandmother, mother and now granddaughter – was born.

“I took a sizable part of what our retirement was and put it in, but I just knew it could go,” he says.

Five levels of heat were part of the fun – and the tradition. Nashville jumped on board. The restaurant just celebrated its fifth anniversary. Drive by most any time, and the lines out into the street confirm that hot chicken is no flash in the pan. They have luggage storage racks available for the tourists who come straight from the airport.

“This is an incredible community, and they’ve embraced not just the food, but the mission,” Nick says. “Our objective was to create a culture within the business to support the team and the community around us, and bringing people together with food.”

With two locations and one opening in October in Melrose, Nick plans to take the concept to other southern markets in the coming years. The truth is, Nashville hot chicken has become an international phenomenon. Meanwhile, Bishop’s continues to thrive by serving the dish alongside classic meat and three items every day for lunch. Gene, Nick’s dad, still comes to visit the restaurants at age 87 and always leaves a checklist of things for Nick to improve upon. He’s one of many who have helped Nick develop his work ethic and creative way of determining exactly what the customer wants.

“Where I’ve been and the experiences I’ve had in nearly 40 years in the food business have allowed me to learn from a whole bunch of talented people from all over, all kinds of backgrounds, and that’s what led me to hot chicken,” he says “There are so many great traditions to share. I’m in the age group where I’ve had the pleasure of witnessing a lot of the old hard-line business people, as well as a world like today where you have to be pretty open to others’ opinions, and that’s been a great thing.

“My dad taught me that the bigger you get, the humbler you need to be – you can lose it just as fast as you got it. It’s the people surrounding you that make it possible, and you can’t lose sight of that.”

Visit Bishop’s Meat & 3 at 3065 Mallory Lane, Suite 115 in Franklin or check them out online at www.bishopsmeat3.com