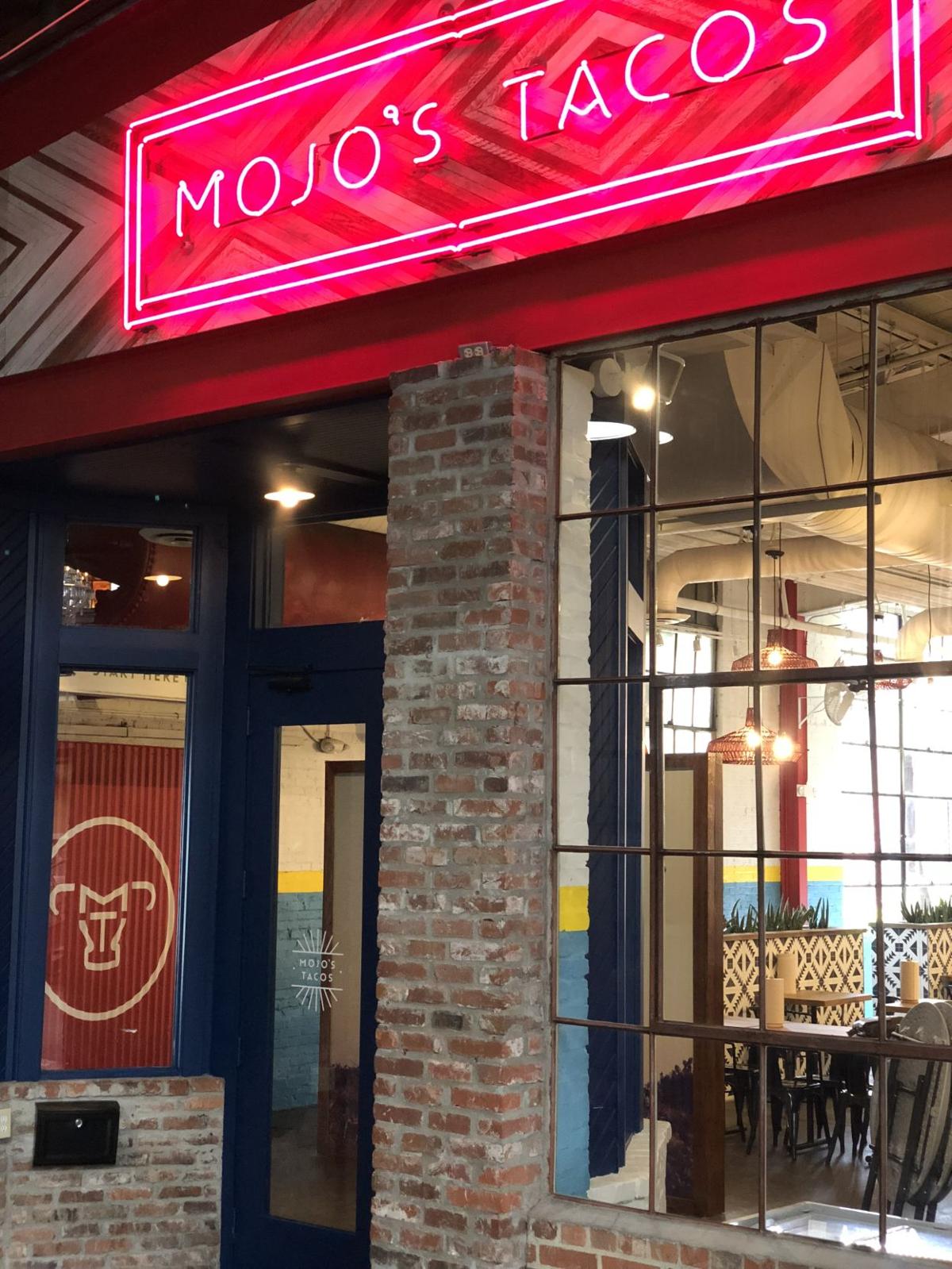 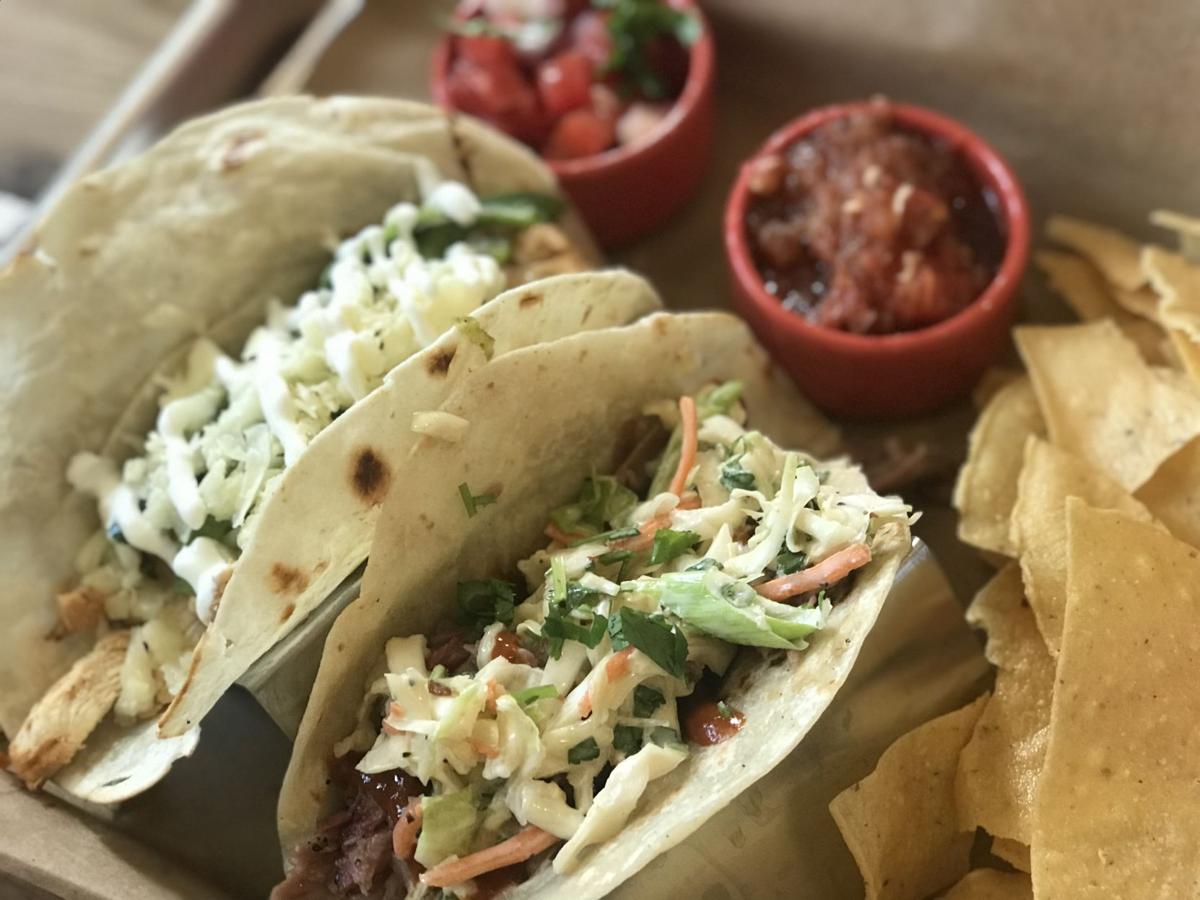 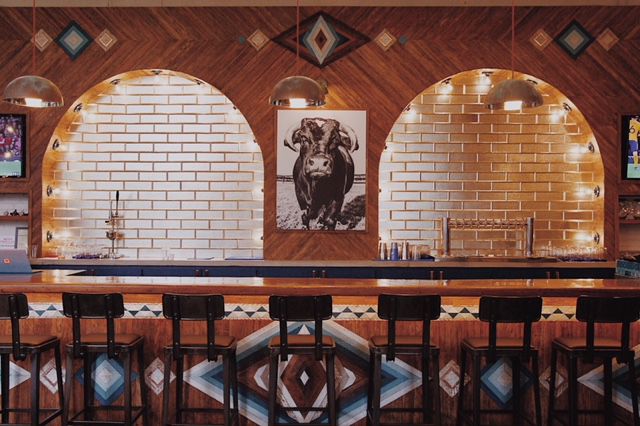 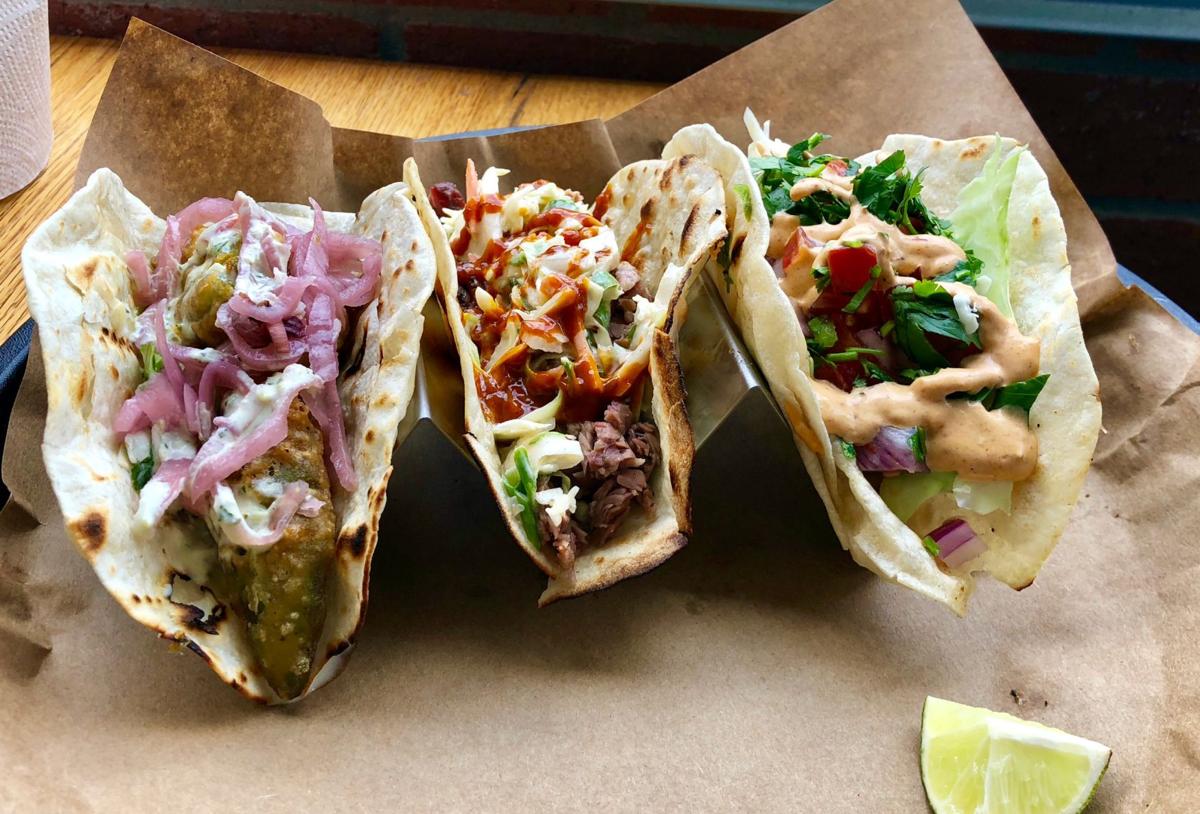 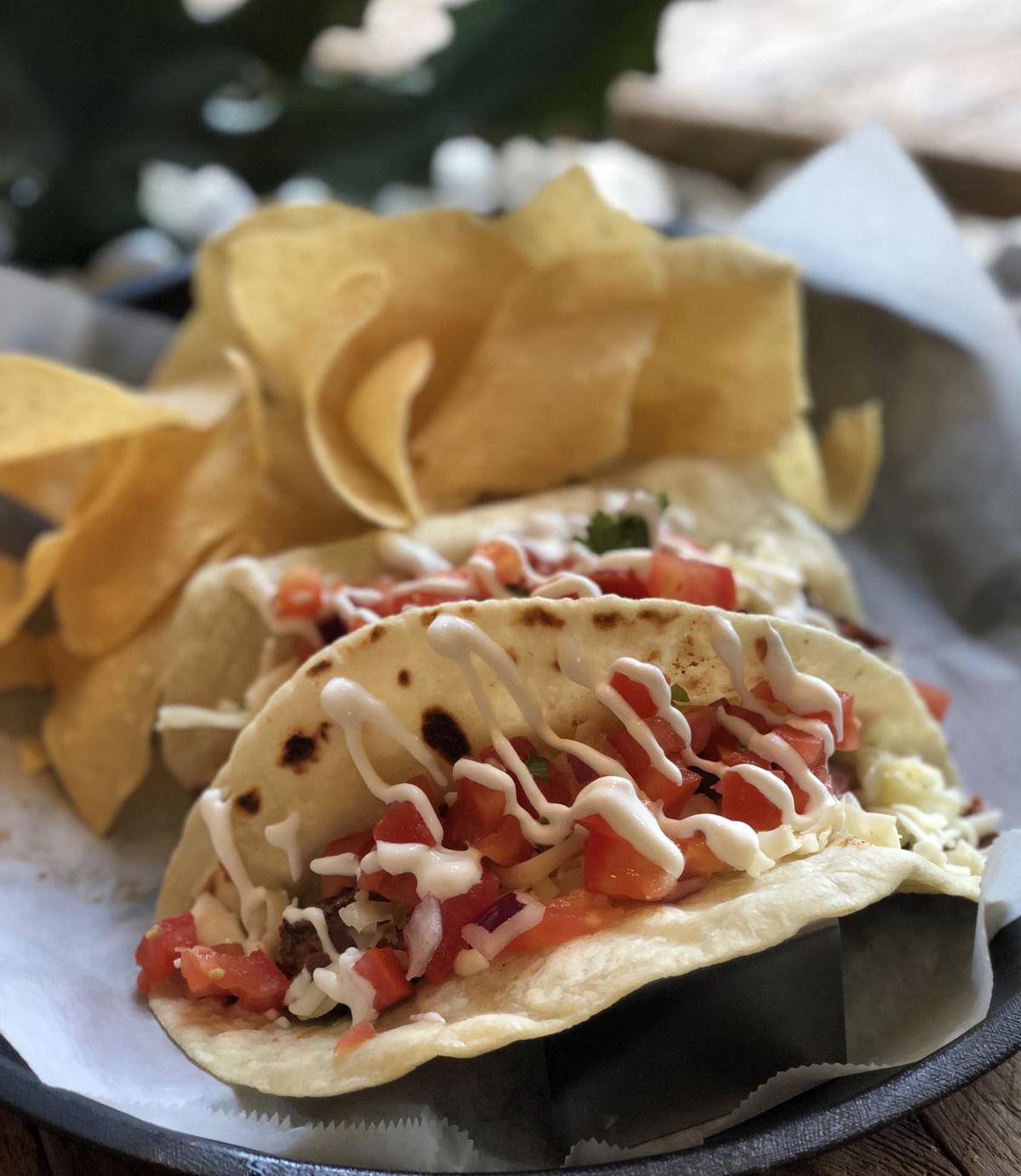 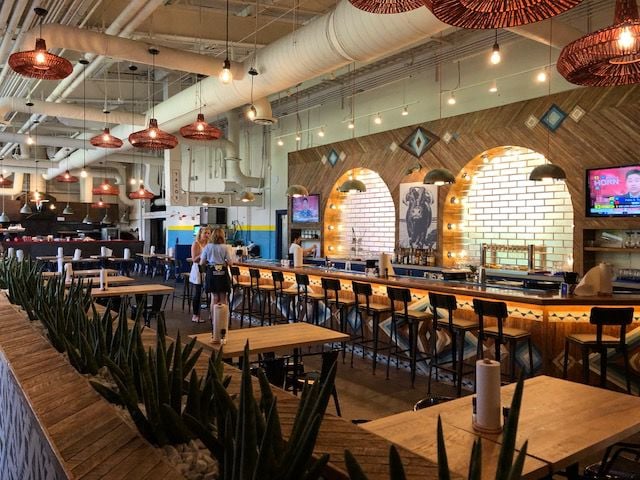 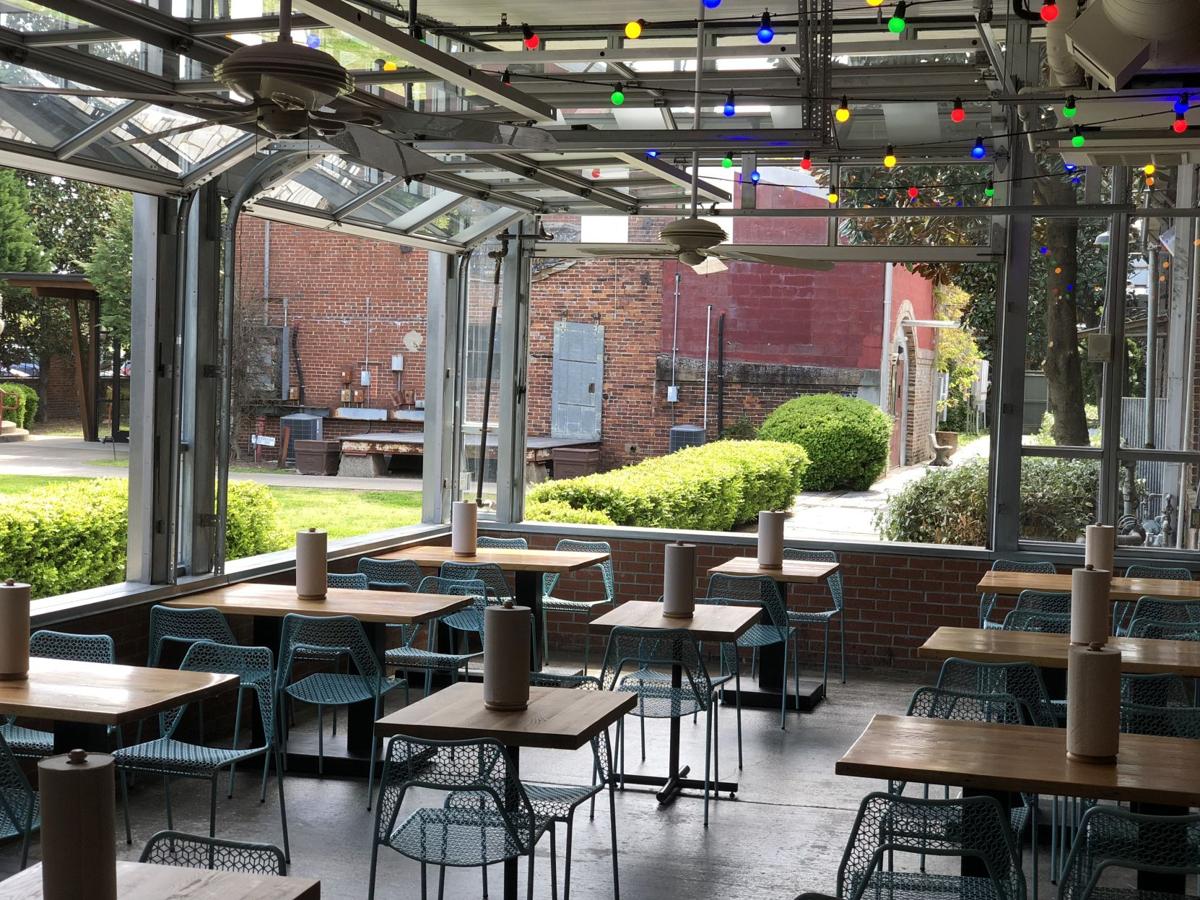 Tennessee was kind enough to lend our heroes to the state of Texas, and the likes of Davy Crockett, Sam Houston and Andrew Jackson all spent time in Franklin before heading further south. So it was only natural that Texas give something back to us. The repayment has come in the form of a universal currency: made-from-scratch smoked brisket tacos, a la Austin, Texas.

Mojo’s Tacos has opened in the Factory at Franklin, in the space formerly occupied by Saffire for many years, and it doesn’t disappoint. Every day, the team is preparing briskets, carnitas, chicken and seafood, adding veggies and handcrafted sauces (think adobo and adovada) and wrapping it all in just-pressed flour or corn tortillas.

The menu is unique and expansive for a taco shop, but the “Puffy” has risen quickly to the leaderboard, if you listen to the chatter. Handmade tortillas are more airy than store-bought, and they fry up nicely. When you add pork adovada, fresh queso and guac, some cilantro and onion … well, it becomes something quite memorable.

Then there’s the unexpected – a fried Korean cauliflower taco with Gochujang sauce, a tempura-battered avocado version with pickled onions, chipotle slaw and poblano dressing, and the “Old School,” a flat-grilled taco stuffed with ground beef, pico and cheese.

Chef and Co-owner Dave Story spent 15 years working as a research and development chef with Fresh Hospitality, helping introduce concepts including Little Donkey, Biscuit Love and Hugh Baby’s. After that, he headed south himself for a stint at the 150-year-old Southside Market and BBQ Balstrop in Elgin, Texas, just outside of Austin. That experience sparked an idea.

Story connected with a group of culinary operations veterans behind other notable Nashville-area eateries, such as Burger Up Cool Springs, Five Daughters Bakery, Honest Coffee Roasters and Franklin Juice Co., and started formulating a concept. Together with Travis Anderson, Bill Butler and Will Butler, they envisioned a family-friendly place where fresh, affordable tacos could be served alongside craft beers and tequilas, with an atmosphere that feels more like Austin than Nashville. Then they brought it to life.

It was a concept that hadn’t been done, and the space at the Factory – with its high ceilings, retro-industrial feel and roll-up garage doors opening onto a large courtyard – fit the bill. The in-house smoker and open kitchen remained, but the rest of the space has been completely transformed.

For kids of all ages, they’re now cranking out a fresh variety of paletas, or Mexican-style popsicles, all day long, rotating flavors like pineapple heat, mango, coconut, cantaloupe and strawberry cream. On special occasions, they might do a sangria or margarita spin for adults. Anyone with a sweet tooth who’s visited has been thrilled to find that Mojo’s is also one of the few places in Nashville serving Maine Root soft drinks on tap, including the craft root beer, blueberry soda and Mexican cola.

Mojo, an imposing bull with a gentle spirit who lives on a farm not far from there, agreed to lend his likeness to the group, and the restaurant opened to great fanfare on Cinco de Mayo.

The Mojo’s Tacos truck has been serving a scaled-down menu since February, and will continue to appear at private parties and festivals, and as overflow on-site for large events, such as the weekly Franklin Farmers Market. Story says that gave them a chance to test menu items and create some buzz as the build-out at the restaurant was completed.

By the time the public had a chance to see the interior – the extensive woodwork, hand-painted flourishes, an indoor cactus garden and a portrait of Mojo himself behind the bar – word had already spread about the tacos.

It’s an upbeat yet laid back place, the definition of fast-casual but unique in quality and innovation, where one group might be enjoying an evening at the bar while another might be just popping in for quick, affordable and fantastic meal – a welcome addition to the Williamson County dining scene.