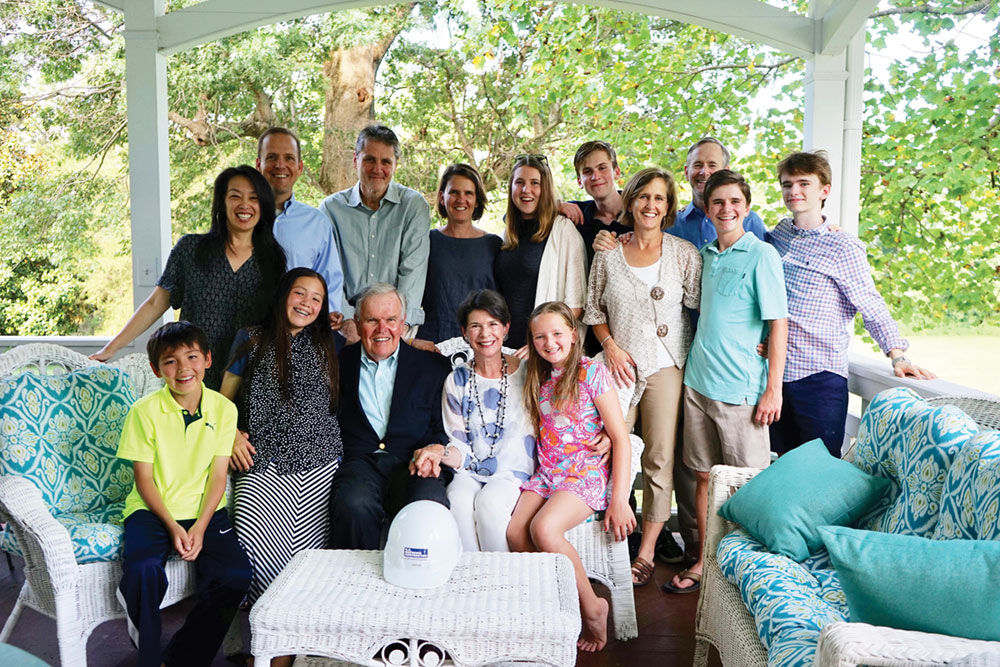 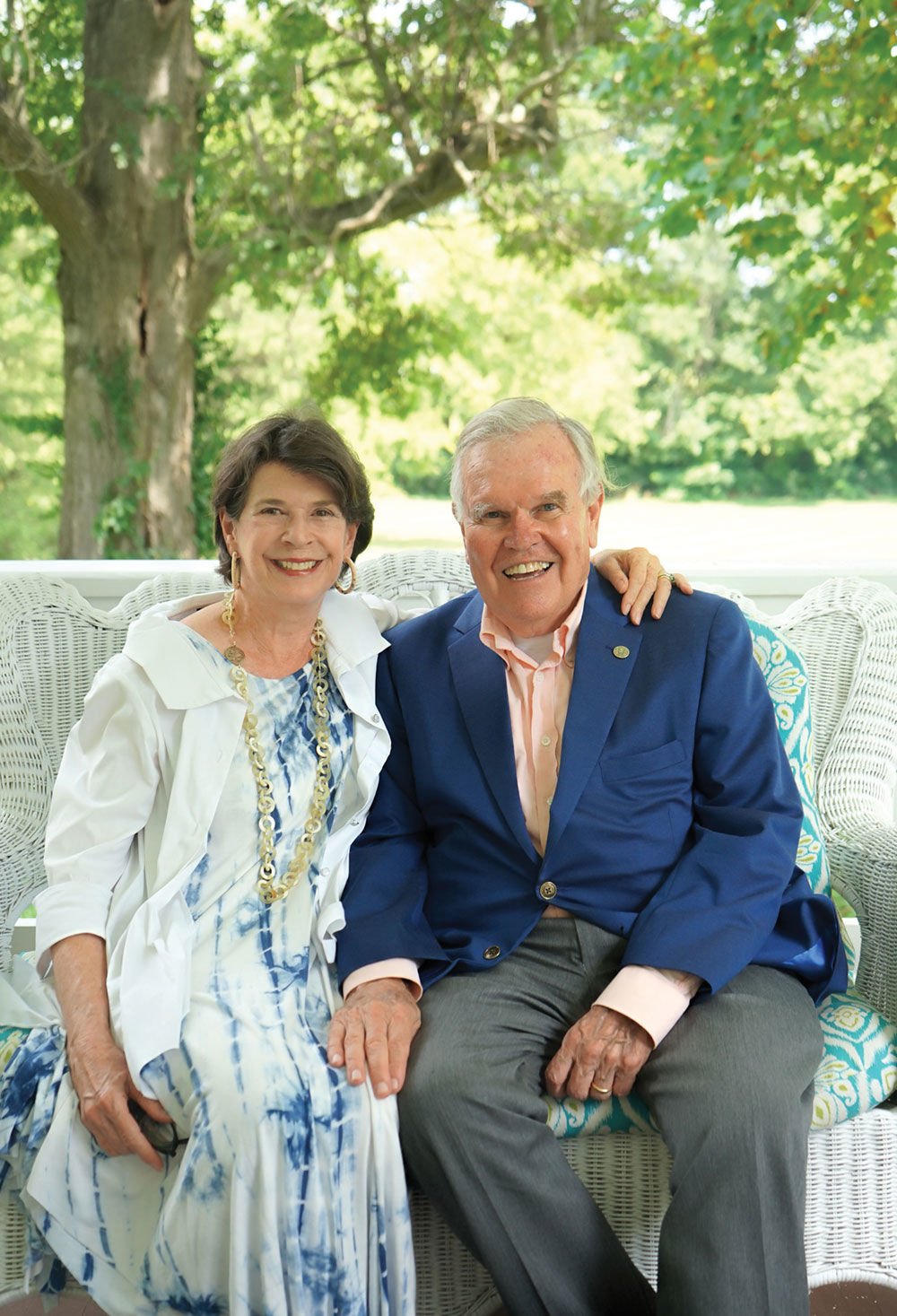 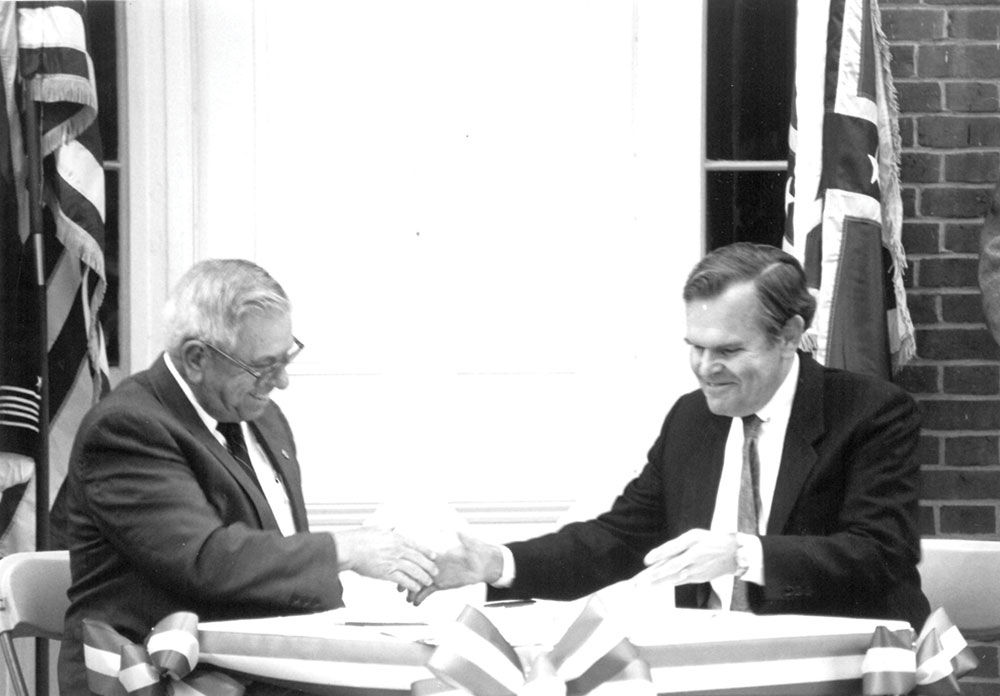 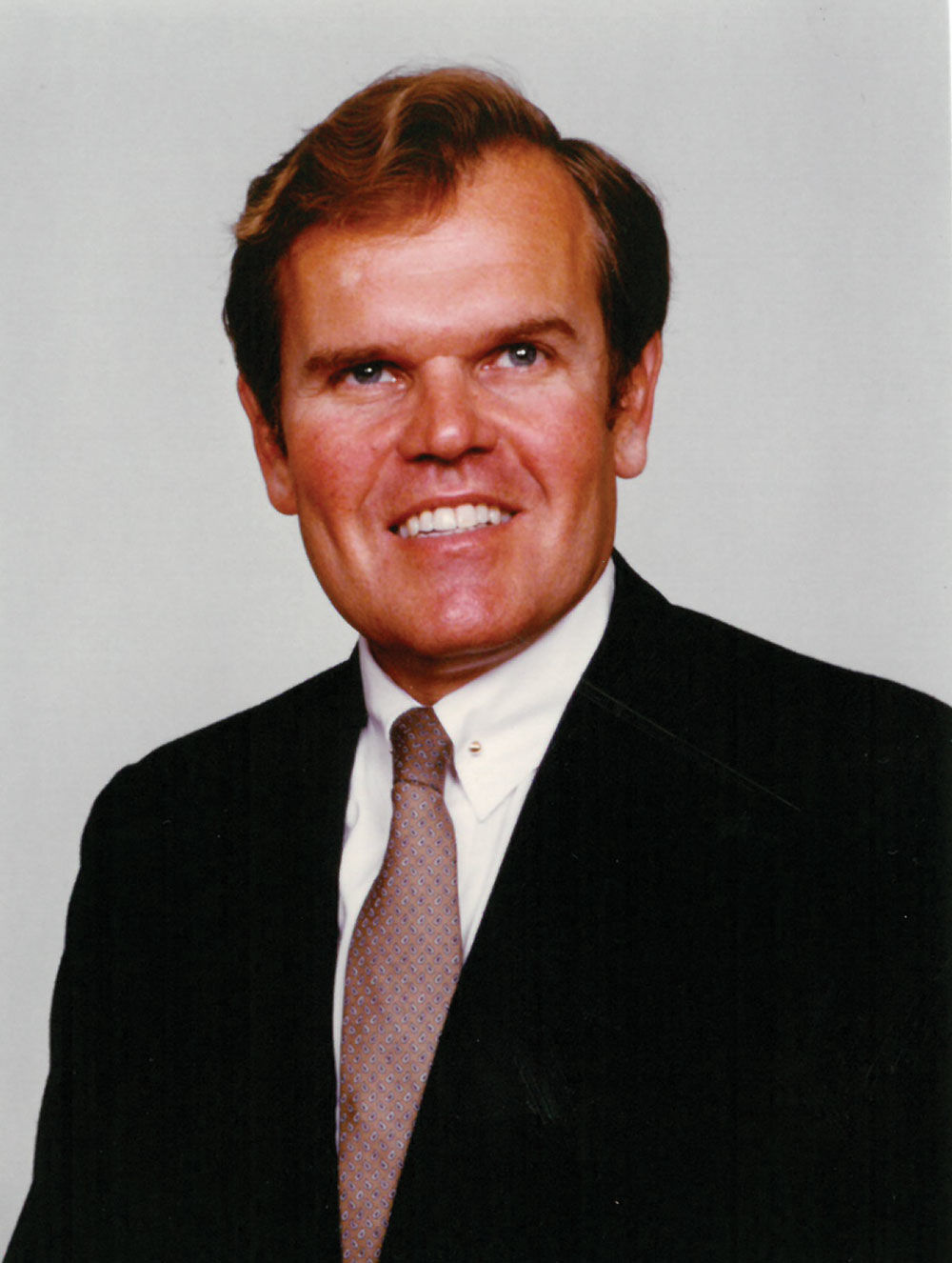 Rod Heller may have grown up in a Washington, D.C. suburb, but his 200-year roots in middle Tennessee sparked an interest in history and preservation from his earliest days.

His mother’s side of the family came from the McGavock and Ewing lines in Williamson and Davidson counties; his grandmother had grown up at Carnton. Each summer of his first 15 years of life was spent in Columbia, and coming down to the public square in Franklin was a Sunday treat. His most recent (and third) book is a prize-winning biography of his ancestor, Felix Grundy, the early American senator and attorney general from Tennessee.

“It’s always been a gem of a town, and part of the beauty of Franklin and places like Carnton is that they are still intact,” he says. “Of course, back then, Carnton was just a home to a farming family, having been sold by the McGavocks in 1911.”

History had always struck him as important, and captivated his attention. After high school, Heller majored in the subject at Princeton, then got a master’s degree in history from Harvard. He considered pursuing a doctorate, but couldn’t see himself in academia. Law school was a natural pivot, and he completed that degree while at Harvard before joining the Washington, D.C. firm of Wilmer, Cutler and Pickering. He had always been interested in international affairs, and within two years, he moved with his family to India, and later Pakistan, where he served as a special assistant to the USAID director for India, and the Regional Legal Advisor for Pakistan and Afghanistan, respectively.

“It was a great job for a 28 or 29-year-old, not only professionally but personally,” he explains. “I made 15 trips to Afghanistan, trekking all through the remote mountains. That was before the Russian incursion into the country, and Afghanistan was galloping into the 14th century.”

But the pull of home and the angst of a leader always in search of the next challenge brought them back to Washington and his law firm. He became a partner in the international practice, doing work in nations and geographies as varied as Chile, Jamaica and Japan, and taught a course on the legal aspects of global business transactions at George Washington University. Yet he had always wanted to do something other than practice law.

“I had a defining conversation when I was 12 years old with my uncle-in-law in Florence, Alabama. I’ll never forget sitting on his black horsehair couch and his asking me what I wanted to do with my life,” Heller remembers. “He told me that if he had it to do over, he would have lived his life totally differently. That was such a sad statement, and I held on to that fear as an adult. I didn’t want to wake up at 90 and look back on a long law career and feel regret for not having pursued other interests.”

Over the years, he’d honed a theory on what it means to be a chief executive – set your two or three priorities, hire the best people you can, and make sure they carry out the strategy. In 1982, he had the chance to put that philosophy to practice, leaving his role at Wilmer Cutler to become CEO of a highly leveraged air conditioning compressor manufacturer, one of only three in America. Heller had no experience in that realm, the 500-employee plant in southeast Virginia had never turned a profit, and the commute would be six hours. He jumped at the opportunity.

In short order, against the prospect of 18 percent interest rates and a struggling national economy, he turned around Bristol Compressors, bringing in Saudi investors, rebuilding the management team, rallying the staff and tapping into his own love of sales.

After a couple years, he turned over the reins to a new CEO while remaining chairman at Bristol, and shifted his focus to another challenge: becoming the head of a federal government-backed initiative called the National Housing Partnership, designed to create low and moderate income housing. Despite 80,000 apartment units under management across the country and 16 years of operation, the venture had not been profitable. Heller restructured the leadership team, brought in new shareholders such as the Harvard University endowment, and grew it to 15,000 employees and 190,000 units in about 1,000 apartment projects. With an attractive balance sheet, the company was eventually sold. Heller then moved to another turnaround – this time an internet company, Financial Passport, in 2000. Seizing on the dot-com boom, that company was acquired by the online financial organization AmeriTrade.

Through it all, he’d become involved in the non-profit world in the D.C. area, including serving as chairman of the board of the capital’s public radio and television stations WETA, and of the District’s economic development corporation. He also served as the founding chairman of the Civil War Trust, and as vice chairman of the National Trust for Historic Preservation. So when a golf course adjacent to Carnton in Franklin was for sale and threatened with development, he took the calls from folks like Robert Hicks and Mary Pearce. Heller and his wife, Kay, bought the golf course, with the intention of saving it as hallowed ground. They placed a permanent conservation easement on the 110-acre tract, which has now become the Eastern Flank Battlefield Park, maintained by the City of Franklin and supported as a critical educational resource by groups across the nation.

“Moving to Franklin wasn’t an ‘all of a sudden’ decision for us, but we had bought the golf course and that led to more involvement. We knew several people here and always had a strong connection to the place,” he says. “In 2007, the man who owned Windermere, which my great grandfather’s sister had built adjacent to Carnton, decided there was a sucker from Washington who would pay his price, and we started spending more and more time living in Franklin.”

“A powerful motivation was to give our seven grandchildren the same opportunity to enjoy Tennessee summers that my brothers and I had. And they have, with the families of all three children coming to Franklin in August and other times, and loving it.”

In 2012, the move became permanent. And in their most recent venture, Rod and Kay have realized a vision for the east side of Main Street in downtown Franklin. Having long seen potential in that blighted area between First and Second Avenues on the north side of Main, they bought the first lot in September of that year, and quickly began pursuing partners and securing more real estate to bring the Harpeth to life.

“I had always looked at that block and wondered why it wasn’t being developed, and I had very firm views on the strategy, which we rolled out in 2013,” Heller says. “As the head of Harpeth Associates, I want to give great credit to Steve Bacon and Russ Haynes. It was the right team, and the success of the project is the result of their great work – and that of so many great consultants and contractors.”

Having seen the doors open on the Harpeth Hotel late last year and now delivering the first apartment residences while looking toward the retail component coming online in a few months, Heller says it’s been a tremendous community partnership. Seven years later, the product that has been delivered can be a source of pride for residents and a signature destination for visitors. Travel & Leisure recently named the hotel as one of 20 to visit in the world in 2020.

“It was a challenge, to be sure, but we always felt we had the wind at our backs,” he says. “So many people have worked to ensure that Franklin is becoming the geographical, cultural and historical center of middle Tennessee, and I believe this project is consistent with that vision.

“I would like to think that 50 years from now, people will look at this and say ‘they did it right.’