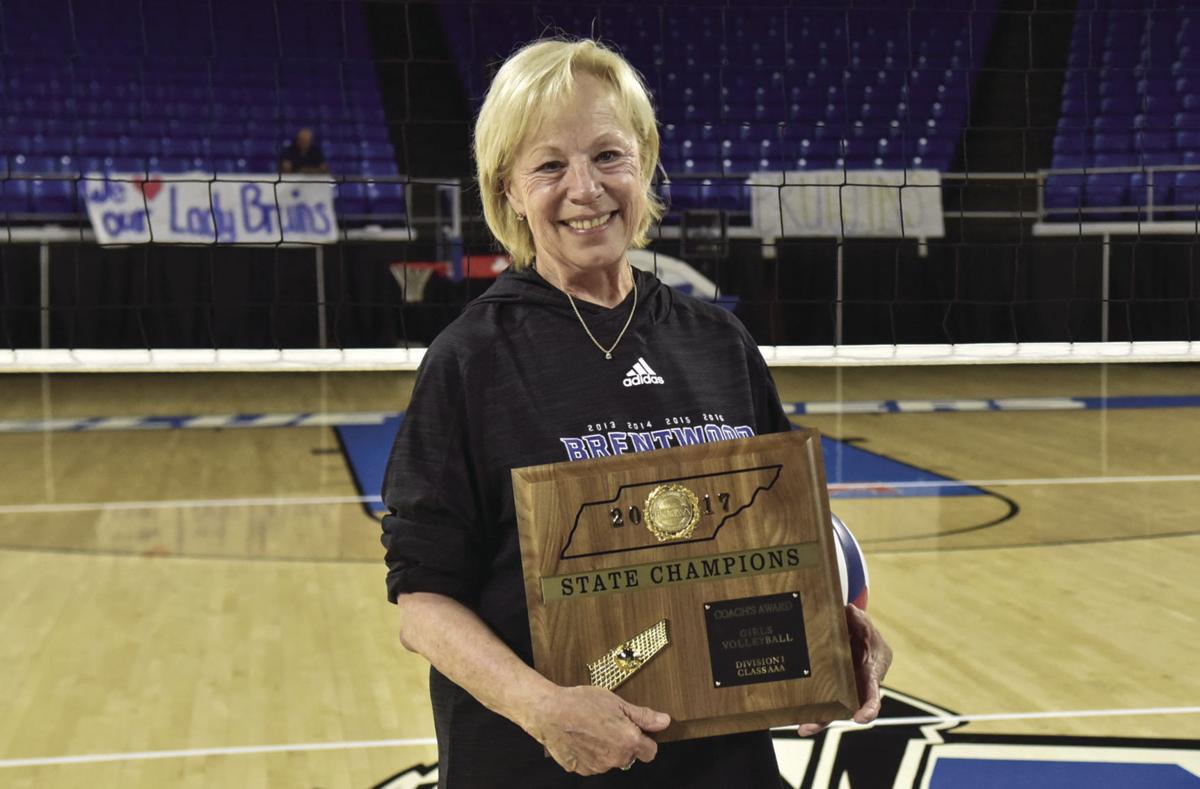 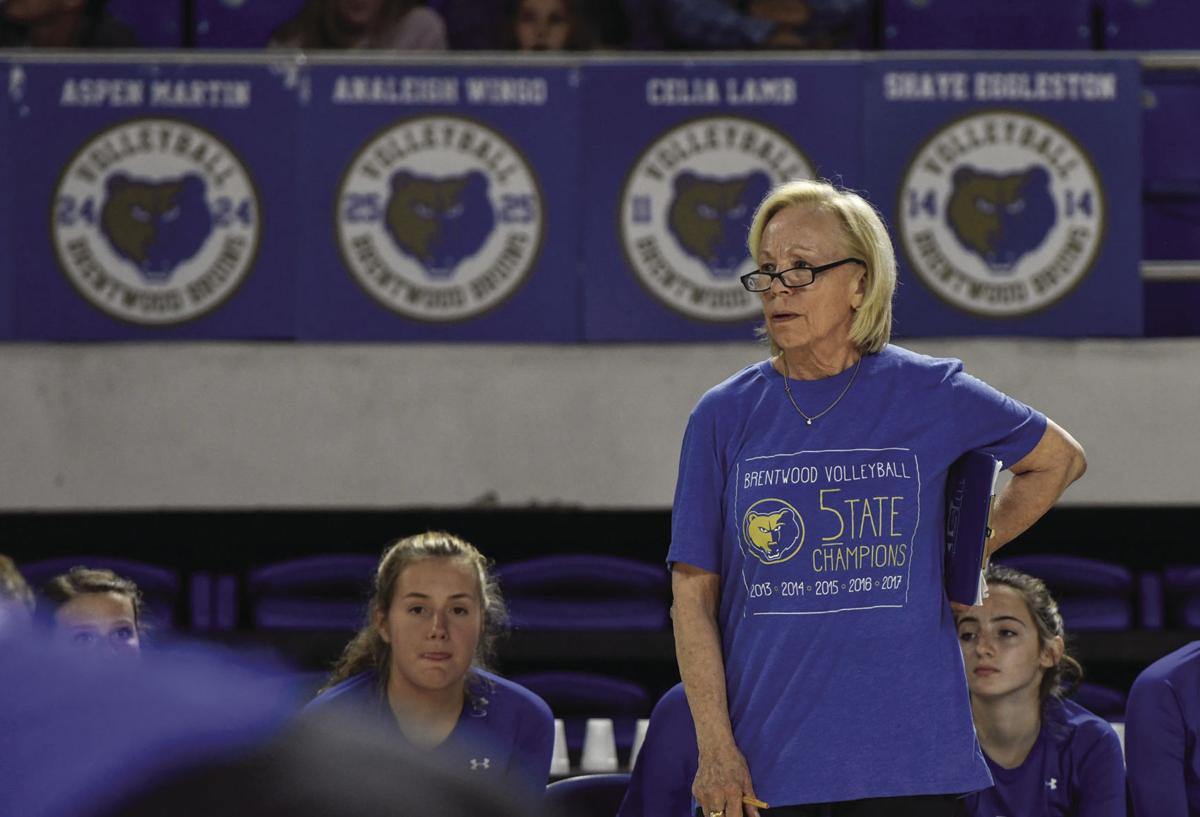 Campbell was inducted into the TSSAA hall of fame last year 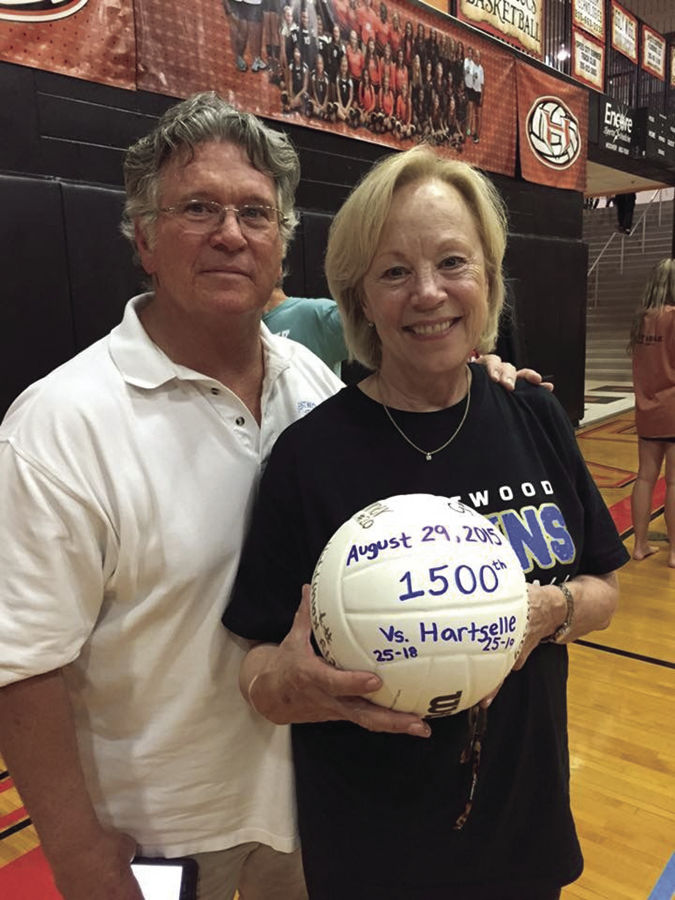 “I just really admire her because she works very hard at being the best at what she does, “ said Campbell’s husband Mike. 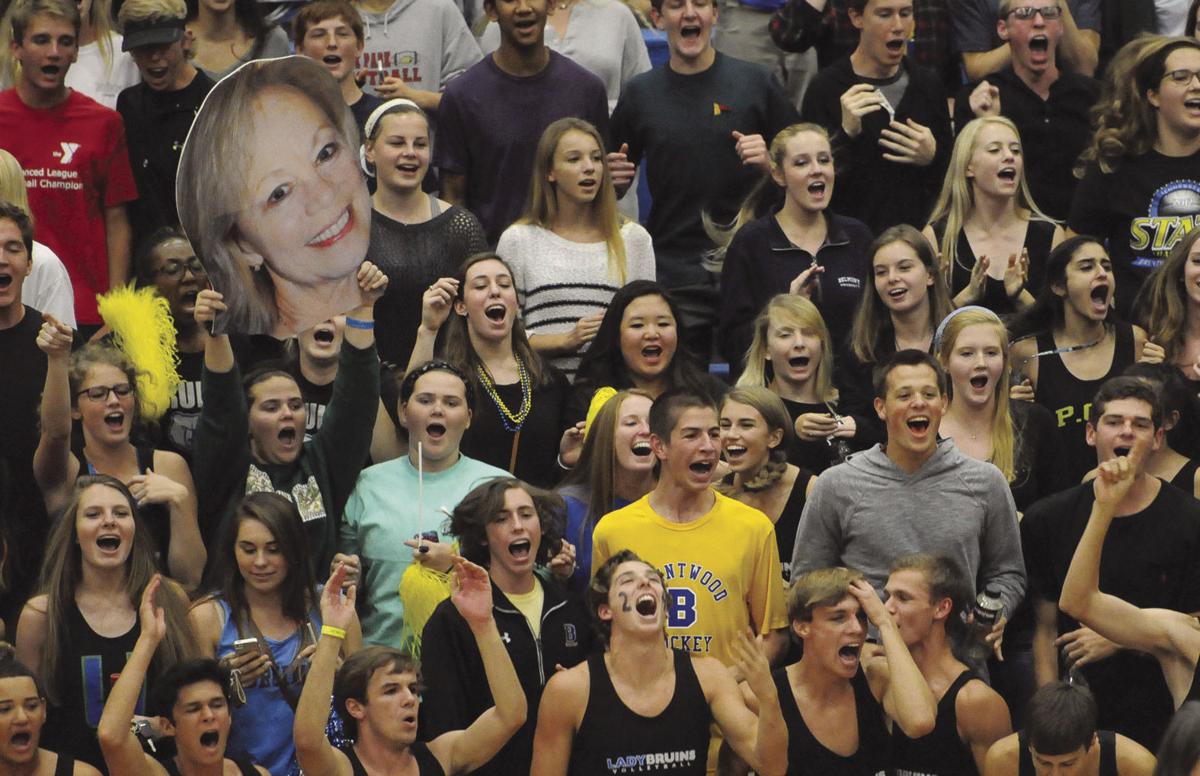 The student section goes wild as BHS secures another win

Campbell was inducted into the TSSAA hall of fame last year

“I just really admire her because she works very hard at being the best at what she does, “ said Campbell’s husband Mike.

The student section goes wild as BHS secures another win

On the bus ride home from Murfreesboro last month, Brentwood volleyball coach Barbara Campbell was already tinkering with potential lineups for the 2020 season. Her Lady Bruins had just clinched a record-setting seventh consecutive TSSAA Class AAA volleyball championship with a four-set win against Houston and coach Campbell was looking at what it would take to get the next one.

She’s had the same approach for 32 seasons at Brentwood High School.

“It’s never ending,” Brentwood assistant volleyball coach Angie Noble said with a laugh. “She is unmatched by anyone in her preparation.”

Campbell said her favorite part about coaching is building teams. It just so happens that so many of her teams have ended their seasons on top.

“I love witnessing the girls competing for position, working through adversity, growing in leadership, and displaying unselfish team attitudes,” she said. “I have been very blessed to coach at Brentwood High School with a very supportive administration, dedicated assistant coaches, parents who sacrifice to give their daughters opportunities for success, and goal-oriented players who buy into the Brentwood volleyball tradition.”

It’s a tradition of success.

The veteran Brentwood coach has won an incredible 1,728 matches of the 2,023 she’s coached. That title in October was her 15th championship.

“Put it this way, more than two-thirds of the time she has been coaching, she’s either won the state title or was runner-up,” Brentwood principal Kevin Keidel said. “That’s just amazing.”

In 32 seasons under Campbell, the Lady Bruins have advanced to the state tournament 27 times with 15 titles and seven runner-up trophies. Her 1,728 wins rank third all-time nationally. Michigan coaches Jodi Manore (2,038 wins) and Jack Kellog (1,833) are the only high school coaches with more wins in their career. Campbell has a better winning percentage than both (85.4 percent) and more state titles than the two combined.

Campbell said her recipe for winning includes loads of preparation, but also simply having a determined attitude, while developing goal-orientated players.

Noble, who has worked with Campbell on the Lady Bruin sidelines for seven seasons, remembers the first time she walked into the Brentwood gym after years of playing and coaching in Illinois.

“It was just different,” Noble said. “The amount of hours put in every day, the commitment not only inside the gym, but outside, it all just amped you up and you could feel it. There was this great energy that was contagious.”

That same energy has continued for years and has the Brentwood volleyball program at the top of the sport in Tennessee. The Lady Bruins are so much of a constant that Williamson County Schools Athletic Director Darrin Joines developed a fitting hashtag on social media: #DeathTaxesBrentwoodVolleyball

Campbell falls back on an unrivaled mental toughness – one she’s also instilled in her players, who rarely, if ever, lose their composure on the court.

“It can be pressure cooker,” Campbell admitted, “but I take great pride in the way my teams have shown courage when conquering fear and accepting the challenge of defending our program.”

Piper Drazek, the latest in a long line of young leaders for the Lady Bruins, is the lone senior on this year’s Brentwood volleyball team. The West Point signee was Campbell’s floor general and helped guide the Brentwood girls to a 54-3 record. Her family moved to the area from Illinois shortly after the 2018 season, so Drazek only played for Campbell for one season, but said she is “forever grateful” for her time as a Lady Bruin.

“In spite of my time with coach Barbara being one season, I have developed immense respect for her and the program she has built,” Drazek said. “She has allowed me to challenge myself and make mistakes, all the while having my back, trusting me and boosting my confidence.”

“She is tough, fair and expects her players to be as tough and to work as hard as she does,” Drazek continued, adding how players feel empowered and valued under Campbell’s tutelage. “There is a great deal of pride being in her program. Every match has a ‘must-take-care-of-business’ attitude that she and the BHS Lady Bruins legacy have set.”

Kaela Massey, a former Lady Bruin and current senior standout at East Tennessee State, said she always remembers how much Campbell cared about her teams.

“Coach Campbell loves volleyball but loves her girls more,” said Massey, who was a part of the first three titles in the current Brentwood streak. “She sees your potential and isn’t afraid to call you out when you’re not doing your part.

“I think one of her biggest strengths is her experience. No other coach has the experience she does and the championships to back them.”

“She can be tough on a kid and then be loving to the same kid in almost the same breath,” Noble said. “She shows how much she cares, but also reinforces her expectations. She does that better than anyone else I have ever met.”

“As a great coach, she develops great relationships with her players, but she does the same things as a teacher,” Keidel said. “She’ll occasionally talk of retirement, so we try to keep the ‘r-word’ out, but when she talks about that potential, the last of my worries is on the volleyball court because that hard work ethic, the sacrifice and drive that she instills in her volleyball players, she also instills in her wellness classes here.

“We are very blessed to have her.”

Campbell admitted she never anticipated to be coaching for as long as she has, but she also hasn’t shown any reason to slow down.

“I love it and when I look at my time at Brentwood, the season journeys of so many teams come to mind,” she said. “I see the faces of those favorite players who left their legacy of leadership and dedication – those that gave tremendous heart and effort with unselfish team attitudes. “I will cherish the memories of those girls. They are like bright stars in my Brentwood blue heaven.”