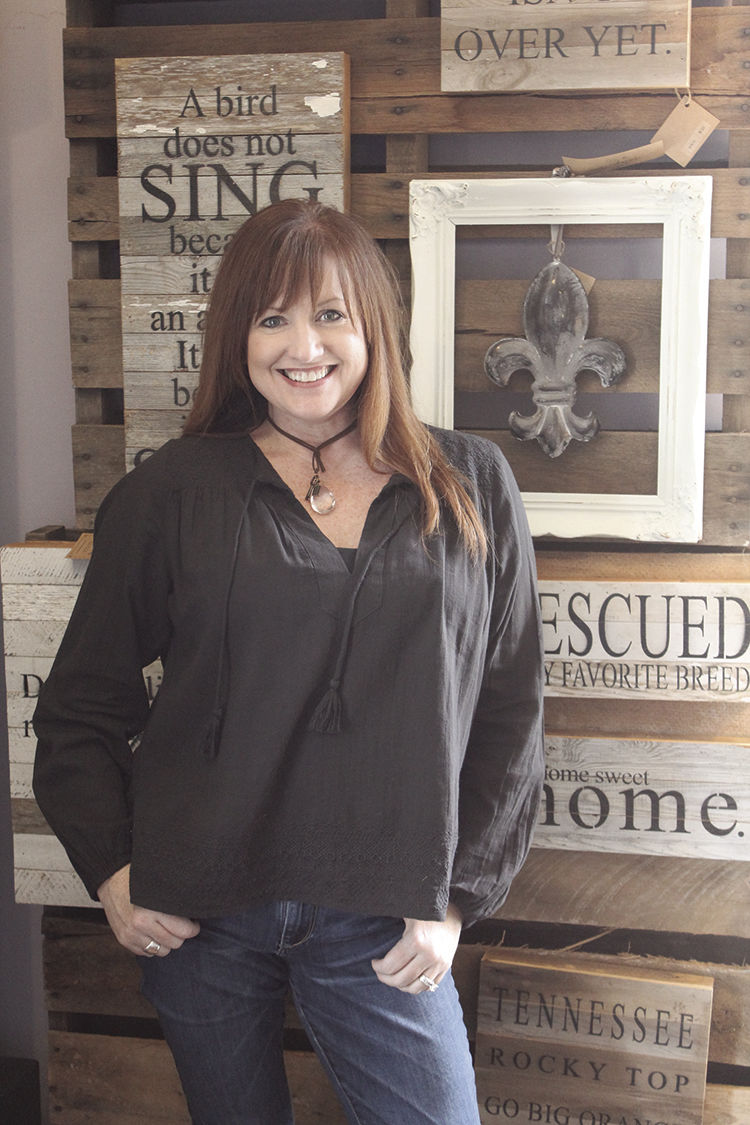 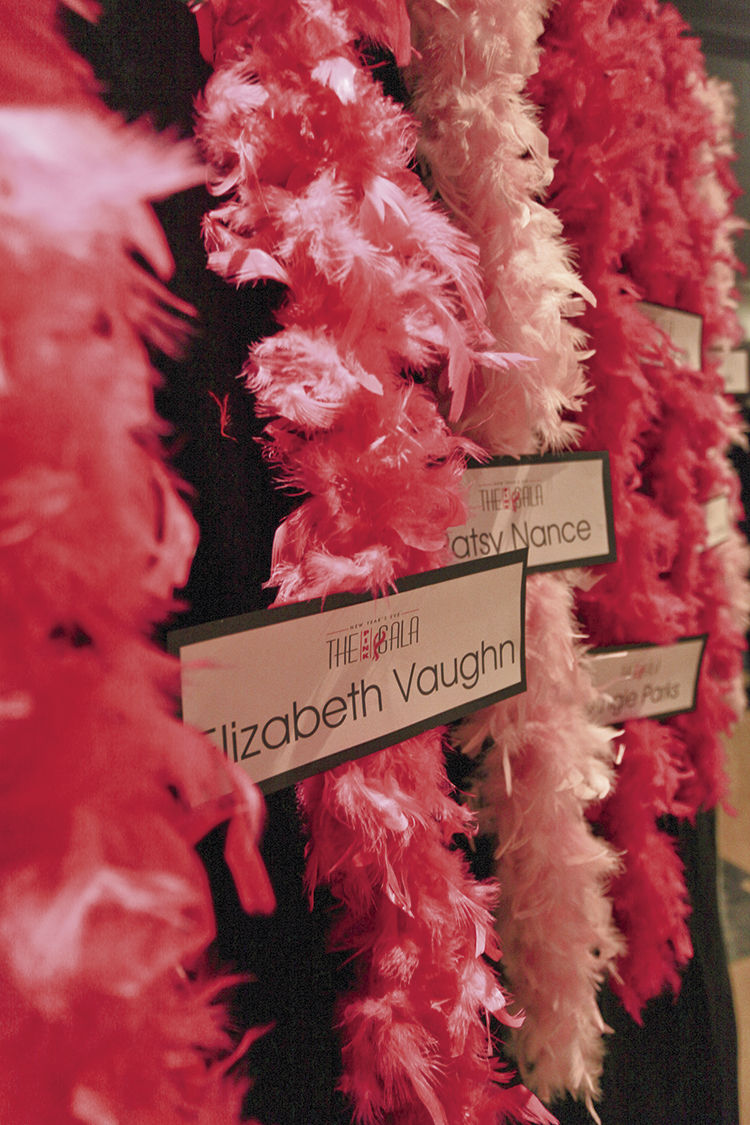 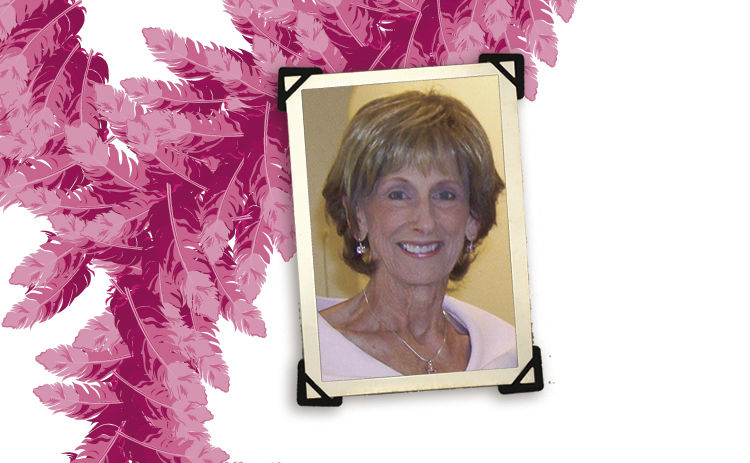 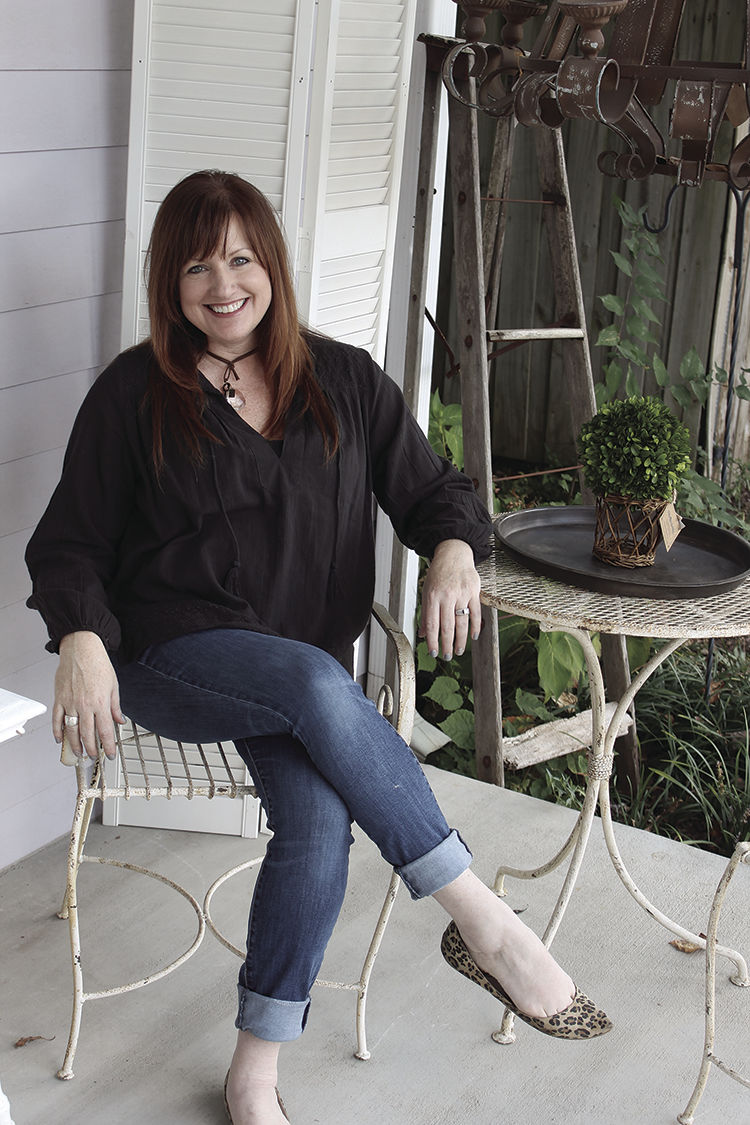 The strongest passions are most often rooted in purpose, and for Kelly Spalding, the fight against breast cancer is personal. Kelly was a student at the University of Kentucky in 1987 when her mother, Rebecca Evans, was first diagnosed.

“I remember the phone call from my dad so clearly. Mom had found a lump, went to get it checked and found that she had cancer in both breasts and all of her lymph nodes,” Kelly says. “The doctor told her to get her affairs in order and prepare to fight for her life.”

Rebecca was a fighter. Through the chemo and radiation, the double mastectomy and reconstructive surgeries, she continued to teach high school English and Spanish while raising Kelly’s brother, who was six years old when their mother was diagnosed. Rebecca defied the odds, and emerged from the battle cancer-free.

Meanwhile, Kelly’s career in hospitality had taken her to Washington, D.C., where she was a restaurant manager and spearheaded the development of a successful private event component that sparked her love of event design and planning. When an opportunity emerged to move to Nashville and join the Outback Steakhouse brand, Kelly jumped at the chance. It meant she’d be closer to her parents in Kentucky, and would be the place where she’d meet her husband, Corey.

The celebrity golf tournaments and promotional events brought together all of her passions: party planning, design, food and the details that make moments memorable. As she and Corey had children, Kelly stayed home and parlayed that experience as a volunteer, tapping her professional relationships to take fundraisers like the Boys and Girls Club Steak & Burger Dinner to a new level with names including Tim McGraw, Jo Dee Messina and Eddie George. She chaired events for Mercy Children’s Clinic and others, immersing herself in her new community and gaining a reputation as a go-to planner for spectacular events.

But during her last pregnancy, Kelly got the call again.

After 14 years of remission, her mother’s cancer was back. The fight was on once more, and over the course of seven years, Rebecca beat it into remission only to have it return three times. Through the ups and downs, the Spaldings’ youngest child had started school, and Kelly built a business planning parties and weddings, staging homes for Realtors and doing the things she loved while helping her mother through treatments at the Sarah Cannon Cancer Center in Nashville.

On Christmas Eve morning in 2009, Kelly brought her mother to her home for hospice care, and to spend her last few hours surrounded by family. That evening, the 20-year fight was over.

Never one to sit idle for long, Kelly wanted to do something – something that would help her heal while providing inspiration for others facing the same struggles.

“Cancer is so big that people don’t think they can make a difference, and I wanted to inspire people to realize that a little bit can help,” she says. “I wanted to raise money but I wanted it to stay here, in Franklin, and through all of Mom’s fight the Breast Health Center at Williamson Medical Center had never crossed my radar. The Pink Gala was born as a way to raise funds and awareness for what is a first-rate cancer facility right here in our community. We held the first Pink Gala on New Year’s Eve, just after the anniversary of her death.”

The event was a smashing success, and again the following year. Kelly was back in the saddle.

She’d always dreamed of owning a retail shop where she could showcase her talents, and Kelly Spalding Designs on Columbia Avenue was born. The Grand Opening was held in May of 2012, and in September, Kelly was diagnosed with breast cancer. Her work with the Breast Health Center took on a whole new meaning.

“There was a reason I found that facility as a beneficiary for the Pink Gala. Corey is in healthcare, and we know doctors and hospital administrators all over, but my team was already in place in Franklin before I was ever diagnosed,” she says. “That was extremely comforting. Of course, I never would have opened the shop had I known the diagnosis was coming, but it helped keep me from wallowing in self-pity. I didn’t have time to feel sorry for myself – I had a business to run.”

Kelly underwent a double mastectomy and chemotherapy, and armed with experience and excellent care, she was declared cancer-free in 2015.

This New Year’s Eve, the Pink Gala will return to the Factory at Franklin, re-launching what had become one of the year’s most anticipated black tie events. While couples celebrate the promise of the calendar’s turn with dinner from Catering by Suzette, dancing to Burning Las Vegas, a fabulous silent auction and a champagne toast, proceeds go to support not only Williamson Medical Center’s Breast Health Center, but also to provide direct support to women and families engaged in the fight. Kelly’s passion has taken on a deeper purpose.

“We put together chemo kits for women undergoing treatment in the community, and we honor the survivors and the memory of those lost,” Kelly says. “What I learned is that a lot of people don’t have that support, and others don’t know how to help. This is a way to do all of those things, while raising awareness of what is one of the highest-ranked cancer care centers in the nation, right here in Williamson County.

“Our hope is that we inspire people to step up, to get involved, and this is a way for everyone to play a part in making a difference. I can tell you first-hand that those little bits of help add up to make a big impact.”

For more on the event, including ticket and sponsorship details, go to www.ThePinkGala.com.

Losing your loved one is difficult and you need time for grieving and mourning. When I lost my grandfather, I searched immediately one of the best funeral homes near me Brookfield il to take care of everything that it is needed for a funeral. I needed to be able to cry and to deal with my emotions and dealing with people at that time was very difficult.