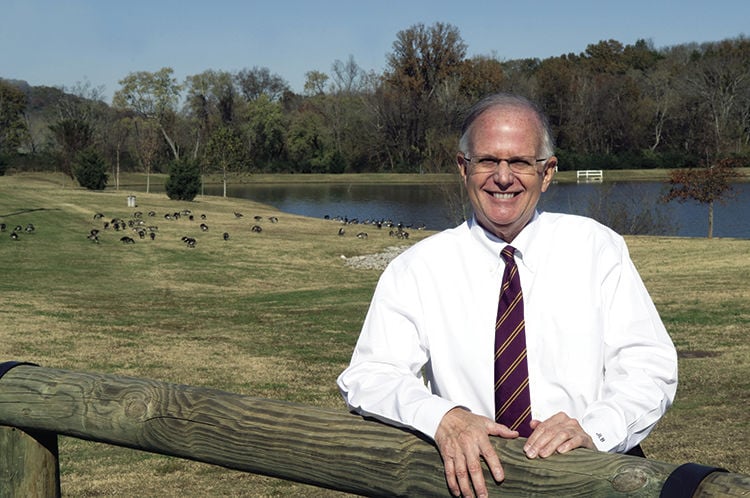 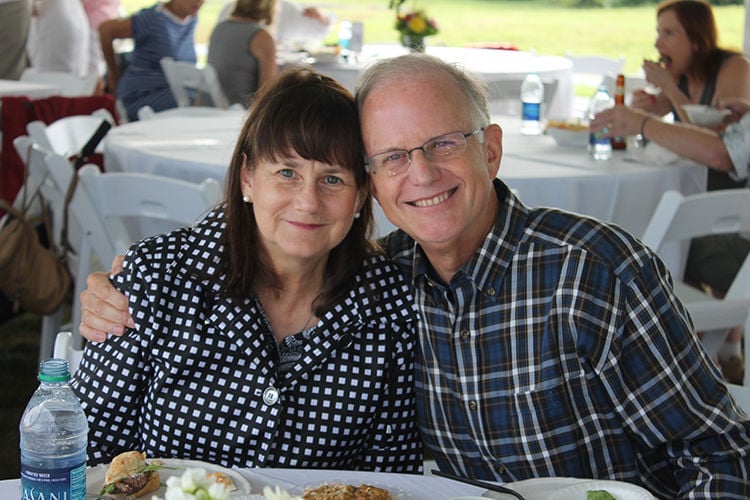 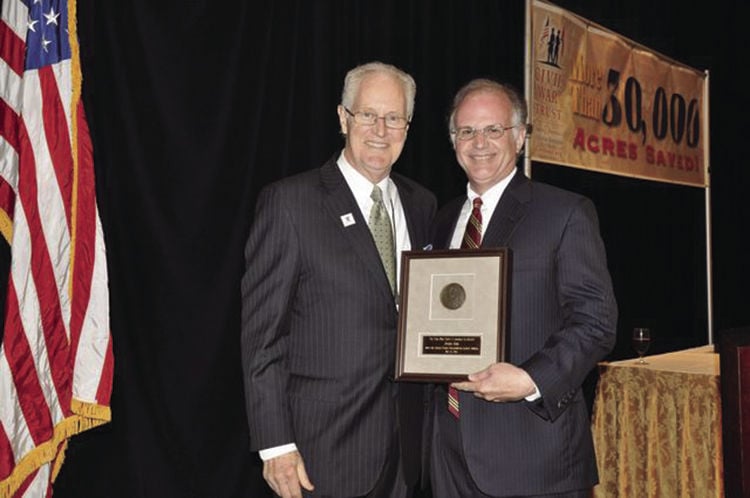 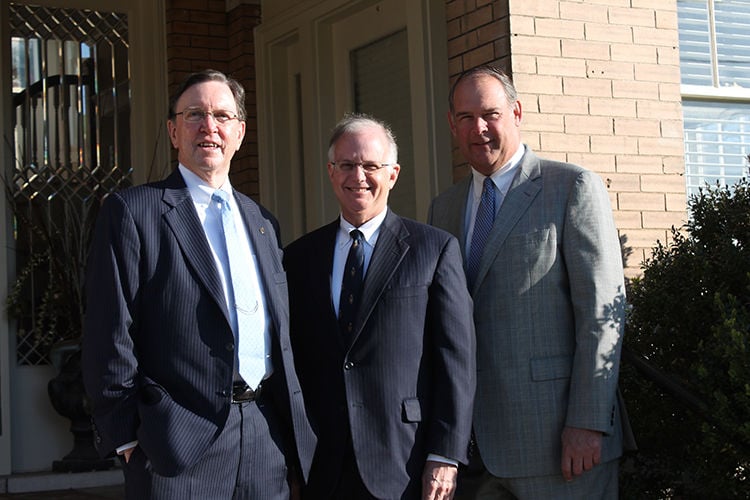 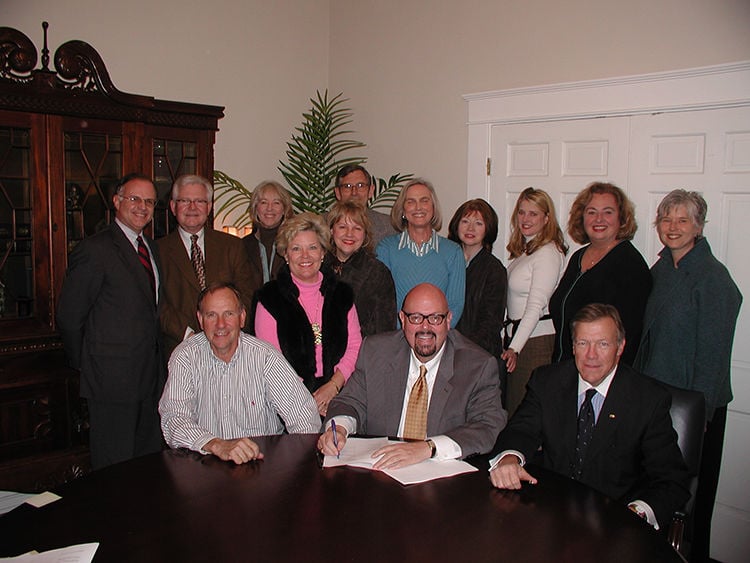 Formation of Franklin’s Charge in 2005 at the Stites & Harbison office. 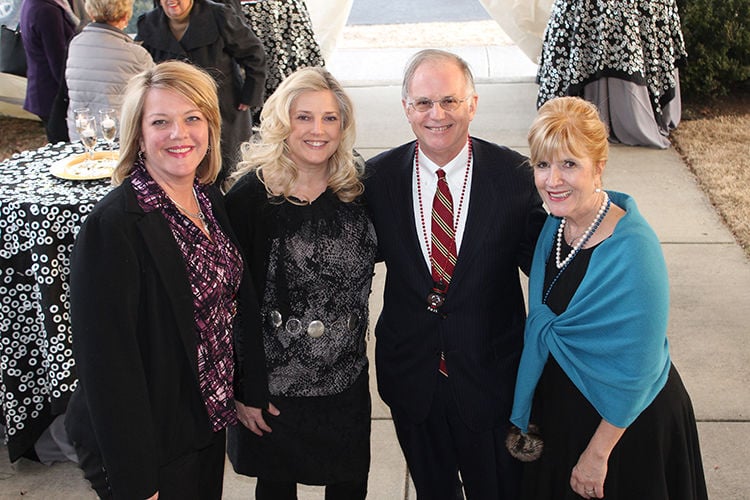 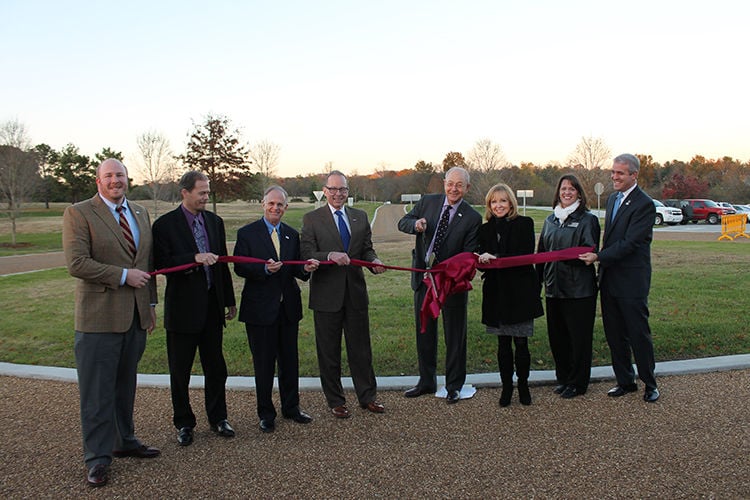 Formation of Franklin’s Charge in 2005 at the Stites & Harbison office.

Small-town life has a way of shaping one’s world view. As a child growing up in Decatur, Alabama, Julian Bibb’s perspective on the practice of law was colored by a couple of cousins who were attorneys deeply immersed in their community.

“I just thought that was what lawyers were supposed to do,” Bibb says. “They had a unique opportunity to serve people and organizations with their talents to make good things happen, and I’ve always felt that was a responsibility for an attorney.”

In the final days of a 40-year law career with Stites & Harbison (and its Nashville predecessor Farris, Warfield & Kanaday), Bibb has been going through boxes of old files and reminiscing on projects he’s worked on—as an attorney or a volunteer, typically some combination of both. As he tells the story, a theme of serendipity emerges.

Any kid from Alabama who grew up watching Kenny Stabler and Joe Namath play quarterback for Bear Bryant might have dreamed of taking the field for the Crimson Tide, and Bibb’s passion for Alabama football persists. But a church trip to the University of the South in Sewanee, Tennessee during high school changed his college plans, and set in motion a series of events that would lead him to Franklin.

“We got out of the church van in front of those sandstone buildings and I instantly changed my mind about going to Alabama. I went back and told my parents I was going to Sewanee,” he says. “That was life-changing for me, in so many ways.”

It was there that he met Jayne, an experience he says was nearly spiritual in the “love at first sight” sense, and she would later become his wife. Jayne and Julian married after Julian entered his first year at Vanderbilt Law School. Upon moving to Nashville, Jayne went to work with Commerce Union Bank.

Part way through his first year in law school, Julian questioned his decision to become an attorney, and found a job teaching 11th grade English at Battle Ground Academy. The Bibbs moved to the Laurelwood Apartments in downtown Franklin on Boyd Mill Avenue in 1974, and while Julian soon went back to law school, they ultimately decided to put down roots here.

“I loved teaching but I felt like I’d quit something. I returned to Vanderbilt the following year. In those days, I would walk down to Corner Drugs (now the Five Points Starbucks) and catch the bus to 21st Avenue, and Jayne would pick me up at the law school at night,” he remembers.

“I wasn’t even thinking Tennessee – there were 7,000 people living here then – but it was such a great decision,” he recalls.

Bibb says he knew one lawyer in Nashville at the time, Charlie Warfield.  He called him on the phone. Before the conversation was over, Bibb had landed a position as an associate at Farris, Warfield & Kanaday.

There at the firm that would later become Stites & Harbison, Bibb was paired with Jim Martin, who was serving as city attorney for Franklin and now presides as a Circuit Court Judge here. Julian served as assistant city attorney, and handled other client matters ranging from divorces to business contracts. Julian and Jim spent many hours at City Hall, which was then located in the historic firehouse building where Stites & Harbison’s Franklin attorneys now practice. Another Stites attorney and Julian’s former law partner, Connie Clark, became interested in the municipal side of the law, and eventually took over as city attorney. Clark is now a state Supreme Court justice.

Meanwhile, Bibb had become attracted to banking law, the legal side of commercial and real estate loans and the negotiations that make deals come together in a way that allows everyone to win. Reflecting on the way his career has unfolded, he articulates the maturation process.

“In those early days it was essentially documenting a transaction. As you become more experienced, you begin entering into loan deals that are structured in fairly sophisticated ways,” he says. “You become hired for your legal judgment, in figuring out acceptable solutions to challenges you encounter, or in economic downturns trying to negotiate the best way for a bank to realize an acceptable return on a large loan that is in danger of defaulting.”

He remembers working on projects with start-up healthcare companies that are now global players, and on commercial developments that are now part of the Nashville skyline—exciting projects that were perhaps more significant than he realized at the time.

For Franklin, that experience was parlayed into innumerable community projects, and it all started with the Williamson County Soccer Association. Back then there were no youth soccer fields, and no Downs Boulevard. But there was a lot of land in that area owned by the Tennessee Valley Authority, and Bibb and his cohorts, Lois and Jose Fernandez, decided they were going to ask them for some of it.

“Jose got in his mind that this land on Boyd Mill Pike would be perfect for soccer fields, and he convinced me to drive down to Paris, Tennessee and make a case for why they should donate it to us,” he laughs. “That was 1979, and all of that land is now the soccer fields on Boyd Mill, the county’s Robert Ring Indoor Soccer Facility, and the fields on Downs Boulevard. We bought the land for the first 10 fields for $1,000, and built them with the County’s help. Back then, each parent was required to spend some time picking up rocks before every game.”

It’s a perfect example of the ways in which donated legal work—coupled with committed volunteers—can help a community flourish. Another is the Heritage Foundation, and the ideal of historic preservation, a subject that was quite controversial back then. Bibb first met Mary Pearce in 1985 and loved her vision. He has since served seven terms as president of the Foundation’s Board of Directors.

“So many of these things were sort of dreamed up in people’s kitchens, and it blossoms into something successful, then the next generation steps forward and carries it to yet another level. That’s a truly rewarding thing to see,” he explains.

He rattles off a list of monumental moments—the founding of Leadership Franklin, the acquisition of Harlinsdale Farm for a city park, the creation of Mercy Children’s Clinic, and the moment when Robert Hicks showed up with the idea to raise $5 million to buy the Country Club of Franklin property that was for sale, so that it could become the Eastern Flank Battlefield Park instead of a subdivision.

“My mentor and great friend, Charlie Warfield, had a servant’s heart. That was a primary principle of his life, so being around him made it easy for me to get involved,” Bibb says.

He recalls the Heritage Foundation’s decision to join the lawsuit against the construction of State Route 840, in an effort to protect the aquatic resources of the area that once provided water to the entire city of Franklin.

“It’s ironic that the city springs property we were working to protect 20 years ago has just recently become the county’s Timberland Park,” he says. “These things tend to come back around in the right way.”

Yet despite the leadership demonstrated on so many different fronts that have helped ideas become meaningful community assets, he’s quick to point out that it’s always groups of people getting things done.

“I’m not comfortable with having these things attached to me. There are very few things like these in life that just one person does, and it was never just me doing anything,” he explains.

“God gives us gifts, all of us, and I feel like my gift is bringing people together to work on things that can make a significant impact.

“Sometimes you just feel like it’s what you’re supposed to be doing, and I guess that’s how I’ve always felt about these collaborative efforts. It’s people working for the greater good.”

Now facing retirement for real—he tried once before and soon returned—Bibb is looking forward to watching more Alabama football with his grandchildren, and he’s planning a trip that’s been on his mind for years. Jayne, who returned to Sewanee as an adult to finish her degree, is now completing her master’s degree.

“When Jayne finishes her thesis, I want to trace the Bibb family’s history back through Alabama, Georgia, Virginia and Wales. That’s as far back as I’ve been able to trace it.”

In a year or so, when the trip is complete and he’s spent some time dreaming in the kitchen, don’t be surprised to see Julian Bibb back bringing people together to accomplish something monumental, for everyone else’s benefit. That’s just the way he learned how it’s supposed to be done.

Jay Sheridan is a lifelong Middle Tennessean living and working in Downtown Franklin. He has covered interesting people and places for a number of books and magazines

An experienced lawyer can be of great use to the community. Although he won't participate in a trial, he can be a witness or an expert. People may need a specialty lawyer, like the alameda dui lawyer, if they violated the laws, but they also need friendly advice from experts like Julian Bibb III.