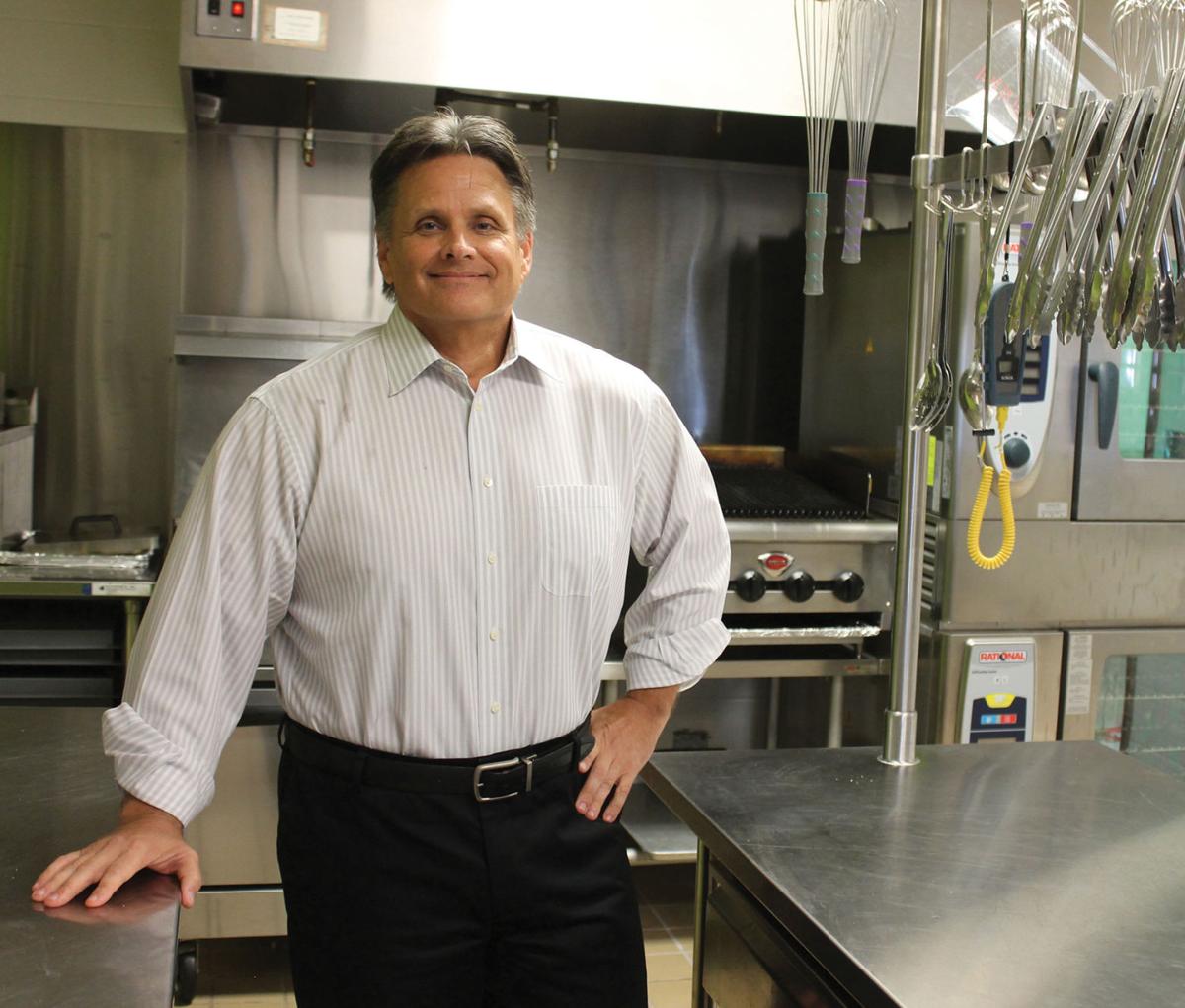 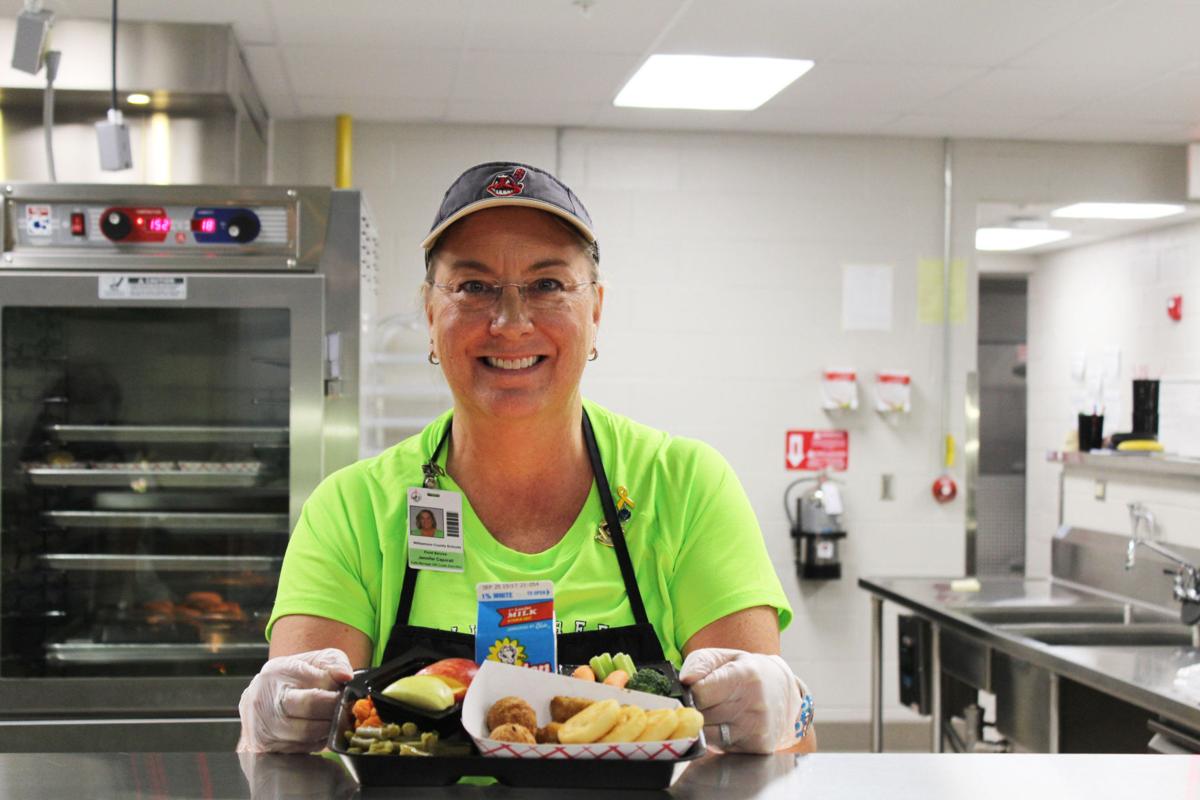 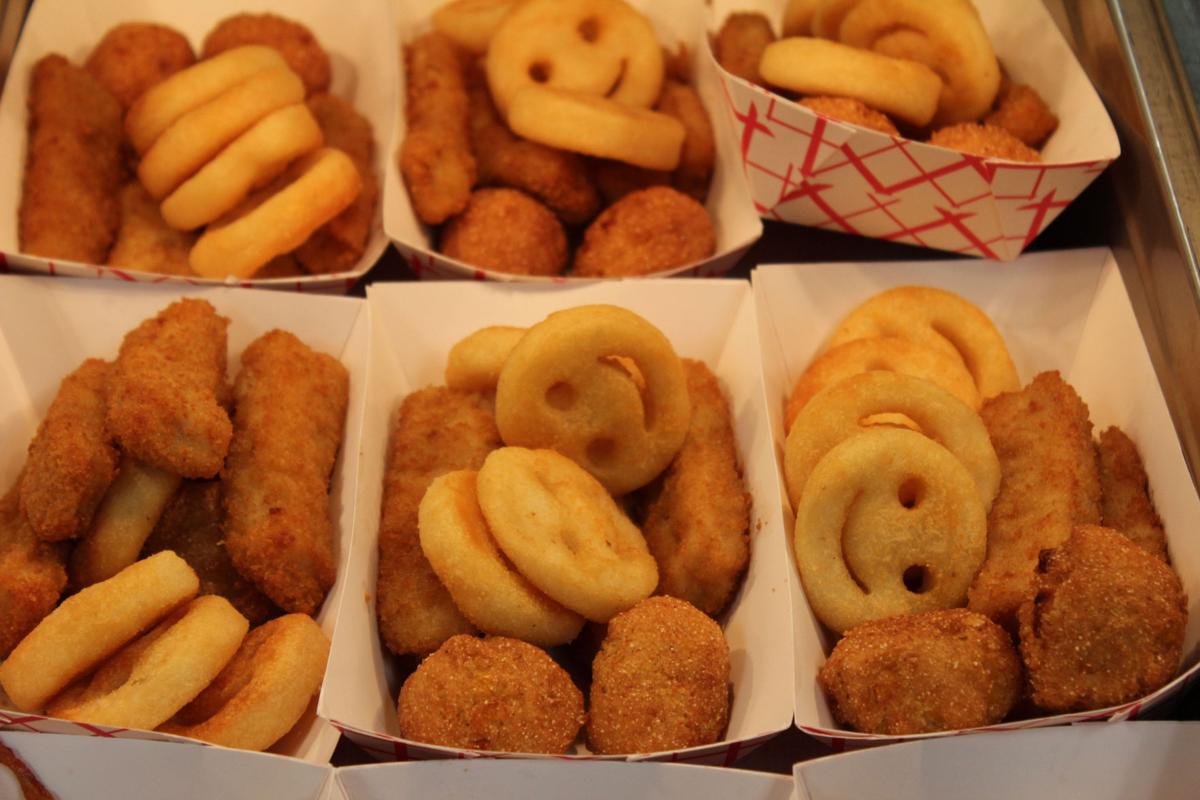 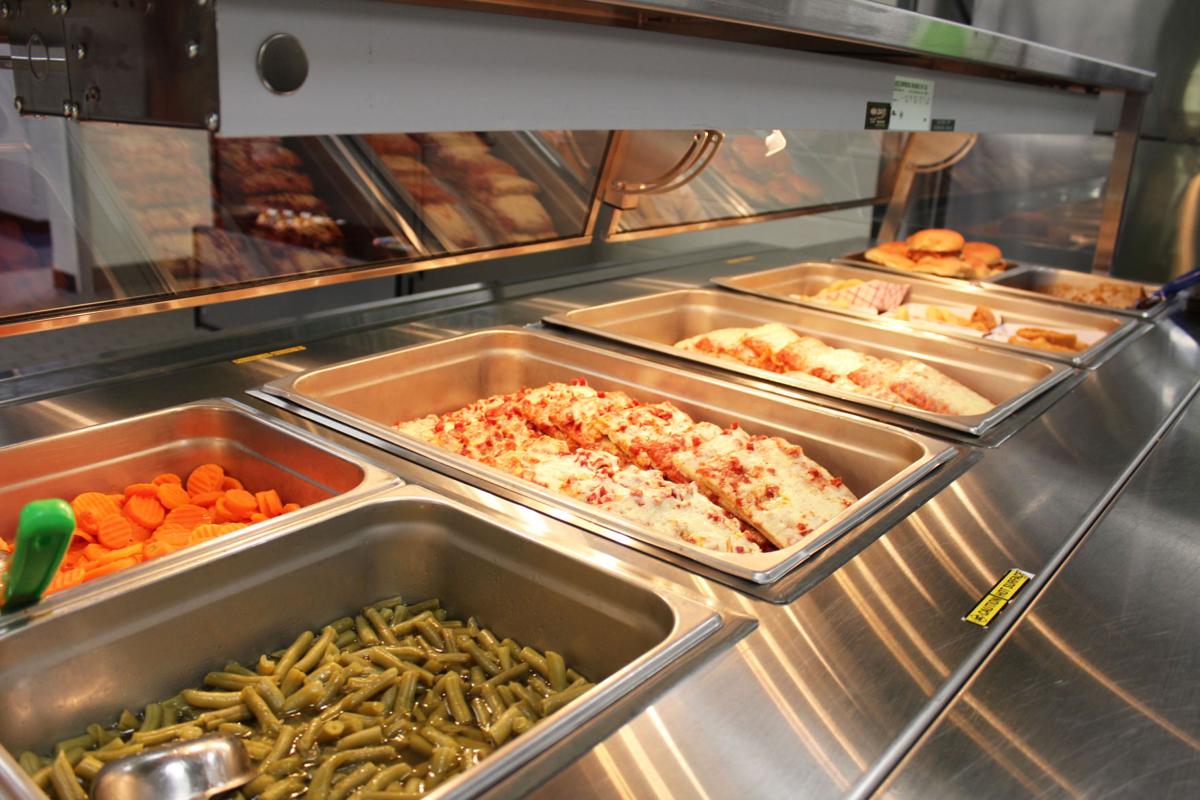 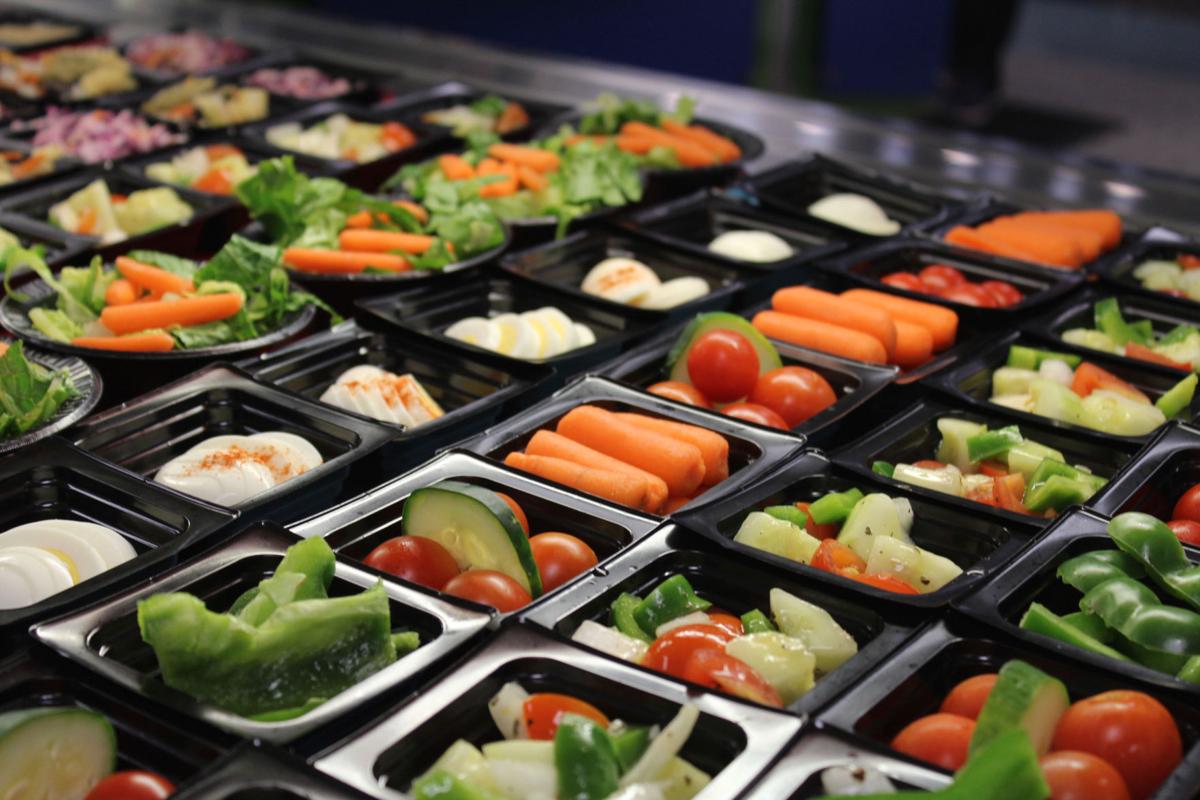 From chicken nuggets to pizza, millions of meals are served each year to hungry kids in Williamson County Schools

A normal Friday at Mill Creek Elementary and Middle School’s joint cafeteria is buzzing with hungry students ready to socialize and enjoy their smiley-faced baked fries and free cookie Friday.

Behind the scenes, school cafeteria staff starts prepping for lunch around 9 a.m. But when the lunch bell rings the kitchen turns into a fast-paced and organized environment.  At the helm of the large operation is James Remete, director of Williamson County Schools’ food service department.

Remete helps with the lunch rush. From washing dishes to serving food, he assists fellow staff members in any way he can.

Hungry kids across Williamson County Schools depend on over 200 dedicated individuals in 40 kitchens to prepare approximately 3.7 million healthy meals a year.

The first time Remete stepped foot into a school kitchen, while working with food service company Aramark in Texas, he knew it was the right fit for him. Remete has 32 years experience in the food service industry and 10 of those years have been spent at WCS.

“I have been dealing with food my entire life,” Remete said.

Managing over 6,000 deliveries a year and seeking out vendors with tasty new food options for thousands of students is no easy task, but Remete loves the challenges and rewards that come with the job.

Remete recently met with Kraft Foods to test out a possible new mac and cheese product in WCS kitchens. His role as a “visionary” for the department requires him to oversee and assist all 40 WCS kitchens, while also getting to be creative with food.

“James has had a profound impact on the district,” Looney said. “His innovative can-do spirit has been a game-changer.”

Sitting down and eating lunch with kindergarten-aged students is a special time for Remete. He thoroughly enjoys the conversations he has with students.

WCS kitchens are self-funded federal programs that generate their own income.The USDA requires school kitchens to follow specific guidelines for offering a variety of healthy food.

In a year, WCS kitchens will order 80,000 gallons of milk and 200 tons of fruits and vegetables.

“We want to make sure there is a variety of food out there that [students] want to eat and definitely a variety of food that makes the parents comfortable with letting their kids come and eat with us,” Remete said.

“In a year, they will go through approximately 85 tons of chicken nuggets. If all the chicken nuggets ordered in a year were lined up side-by-side, they would go from Chattanooga to Knoxville,” Remete said.

The whole-grain breaded chicken nuggets students eat at school are half the calories, low sodium and fat, compared to ones found at a fast-food restaurant. The pizza served is only 280 calories.

The vibrant paint and décor in all WCS cafeterias also contributes to the overall fun atmosphere Remete wants students to experience when they wait in the lunch lines.

A major change Remete made early on in WCS kitchens was to remove the sometimes-dangerous fryers from all the kitchens. Many cafeteria mangers supported the change, opting to bake food instead.

“We were the first [school] district in Tennessee to remove the fryers in the kitchens,” Remete said. “It was the right thing to do.”

Not only is Remete readily available to assist in school cafeterias, celebrations or the annual superintendent’s banquet, where he has been known to serve Cornish hen, he is also on call for any emergency, even if it involves snacks for volunteers.

After an unexpected phone call recently, Remete quickly mobilized his team to deliver snacks to the Ag Expo Center in Franklin to treat volunteers, who were packing donated school supplies into backpacks for Houston-area schools affected by Hurricane Harvey.

The weeklong school supply drive called “Tennessee Volunteers for Texas” in early September collected a wide array of items students would need when they go back to school.

Remete emphasized the wonderful staff that he works very closely with everyday.

“It’s a privilege to work with them. They are very bright and dedicated people that have been doing this thankless job for a long time,” Remete said.

Several dedicated individuals have been working in WCS kitchens for close to 30 years, he added.

One of the biggest unforeseen tasks Remete faced in his role with schools involved a gas leak a number of years ago that prompted Page High School students to be evacuated and transported by buses to the Ag Expo Center.

Remete and his team quickly stepped up to feed over 1,600 students lunch with only a two-hour notice to prepare. From the buns to the grilling of the hamburgers, WCS kitchen staff made sure every student did not leave school hungry that day despite the emergency. For

Remete, that day was the largest unforeseen event he has ever had to coordinate in his career.

Day to day, the nutritious meals Remete and his staff provide to students are vital to their learning.

Austin Thompson has lived in Franklin for 20 years. He currently works as a staff writer for the Williamson Herald newspaper.