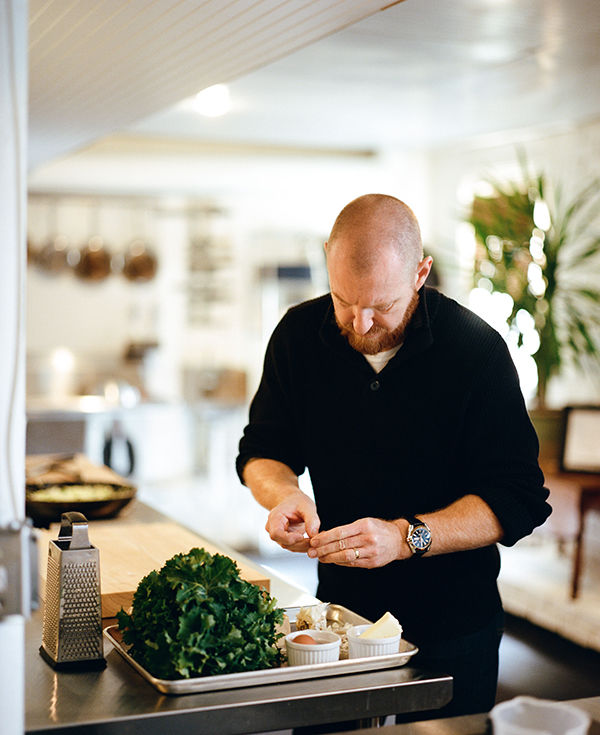 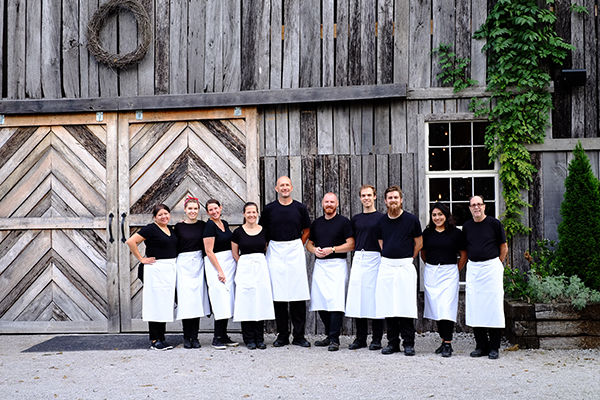 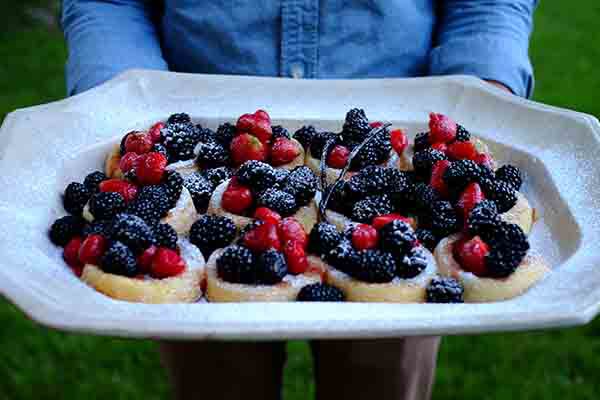 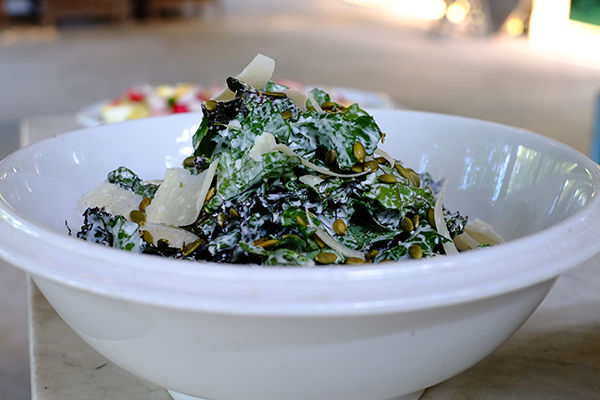 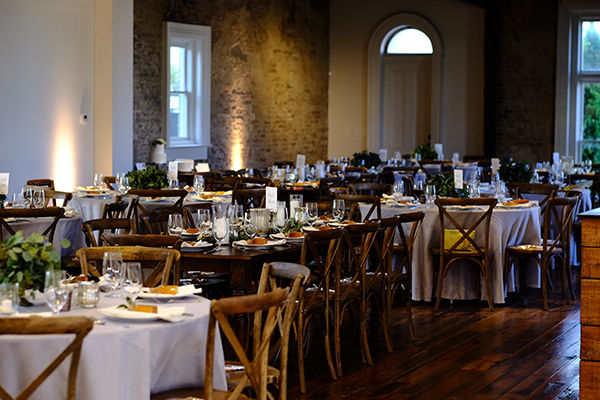 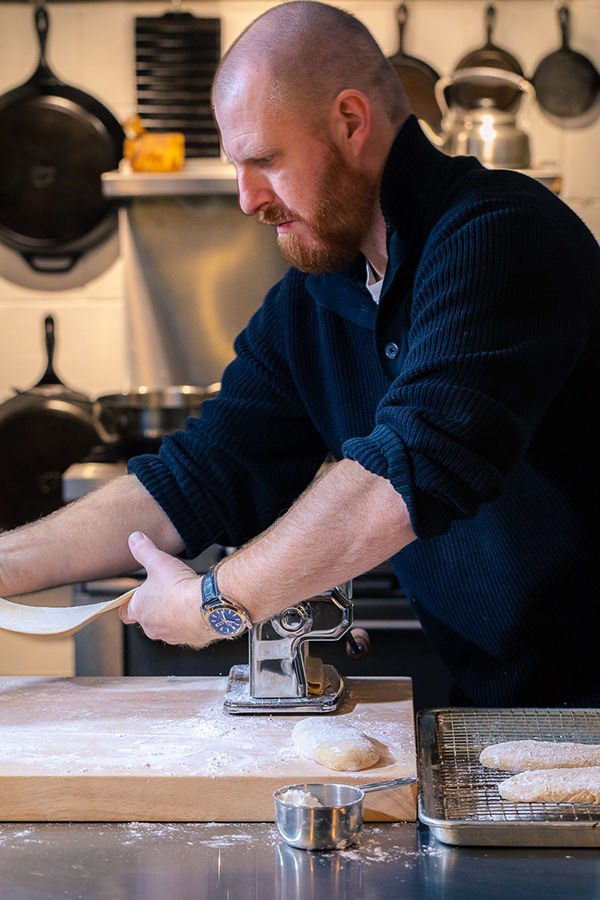 Brentwood native Michael Martin is a citizen of the world, and that citizenship is reflected in every dish he prepares and serves.

“I’ve had a fantastic life; sometimes it doesn’t seem real,” said the chef who with his wife and family owns South Fork Catering, a special events company.  Emphasis on special.

His life journey in the culinary arts has taken him from Williamson County across the pond.  He has reveled in the preparation of food on both sides of the Atlantic.

He grew up around two great Southern cooks, his mother and grandmother.  He was always comfortable in the kitchen, always learning.  His first job as a high schooler was in Concord General Store.

“I mastered homemade biscuits and fried chicken” he said.  “At that time Concord Road was exploding with contractors building homes and subdivisions.  We had hundreds of customers for breakfast and lunch. I was at home in that kitchen.”

He was to make many kitchens his home.

He cooked in several Nashville restaurants, and by the incredibly young age of 20, was running the kitchen in Nashville hot spot Sunset Grill, the gem of Hillsboro Village’s crown. Quite an achievement.

As many chefs do, he moved around cooking, first in New York, and then to Europe. He meandered his way to Prague, Czech Republic in 1993.  The scenic multi-cultural city became his home for a decade.  He met and married his wife there.

He became a self-taught French chef, and in 1993, caught the attention of the French Ambassador there.  He was called by the American Ambassador to interview for chef of the residence.

‘My interview was to cook dinner for the French and American Ambassadors, their wives and a few others,” he said.  “I spent a day in the kitchen which seemed to turn out well since I was offered the spot in the American residence.  I lived and cooked there.”

All the while he was checking out cooking books from the library, studying and mastering classical cuisine.

“I read cookbooks, front to back, and often a second time,” he said.  “The cuisine drew me.  I relished preparing classical dishes.”

Ultimately, he would open his own casual eatery in Prague.  His reputation preceded him.  He drew food savvy diners, and plenty of them. During his decade in Prague, his son was born.  The enchanting city became his home.

He was recruited by the Food Network; he moved back to Nashville.  He ended up working with Chef Emeril Lagasse, the famed New Orleans chef.  He went from being behind the scenes on TV programming to an on air chef himself.

This golden guy of cuisine moved to Whole Foods where he spent a decade in marketing, community outreach and community education.

“I loved Whole Foods.  It’s a fantastic company; I was very happy there,” he said.  “But the itch to be back on my feet in the kitchen was overwhelming.”

He scratched that itch, and along with his wife and family, began South Fork Catering.  He also serves as Chef to the Franklin Farmers’ Market.  In that role he leads classes, writes recipes and creates his culinary magic for events.

When local ingredients are not available, he uses Certified USDA Organic.

“It’s a perfect arrangement for me to be linked with Franklin Farmers’ Market.  I work closely with the farms from which I source my food.  I know where to go for anything I need from baby carrots to beef,” he said.

South Fork Catering does some corporate work, but mostly weddings and special events.

“We begin our research and planning the menu for a wedding from our initial inquiry with a potential client, he said.  “We have a lengthy interview with the client on the sort of food they like, restaurants they like, special tastes, travel memories … those things that can help us draft an original tailored menu from passed canapes to a seated multi-course dinner or buffet.  Each wedding is special, it reflects the nature of the clients and their special day. We do everything possible to make the food as perfect as the day.”

South Fork does not have a portfolio of menu suggestions to pass along to the client.  Every detail is designed for that particular bride and groom.

“We have been lucky,” he said.  “We’ve been kept very busy from day one.  On any given weekend we might have a wedding or even two.  We have adequate professional trained staff to tend to every single, albeit small, detail.”

The chef’s in his kitchen, all’s right with the world.

Vicki Stout serves as SEM’s Travel and Food Editor. She is also a freelance writer and marketing and public relations consultant.

Many people would love to cook a good meal when he or she hosts a party or celebrates an important event. Thus, some people resort to experienced services like the catering Loudoun County VA to cook excellent meals. Also, if one is booking a caterer for a specific type of event, make sure they have experience catering for those kinds of groups.