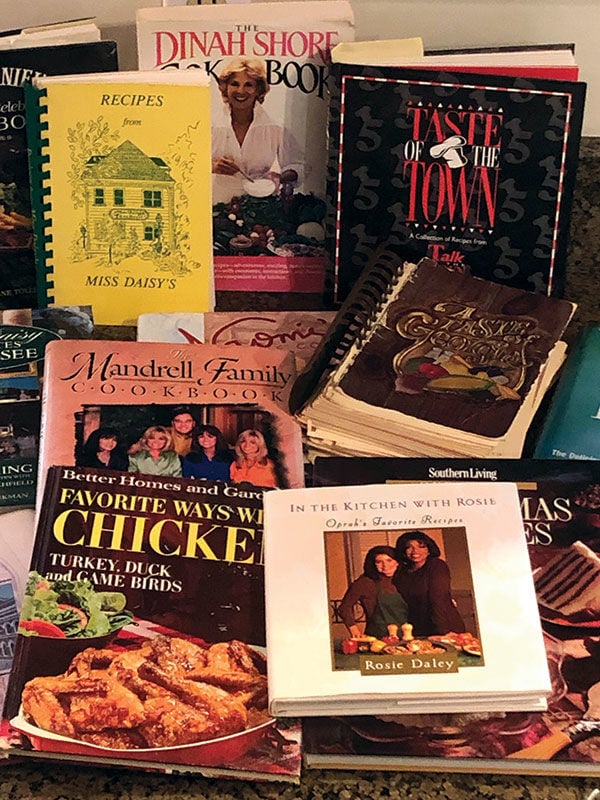 Cookbooks that have become staples in my family over the years 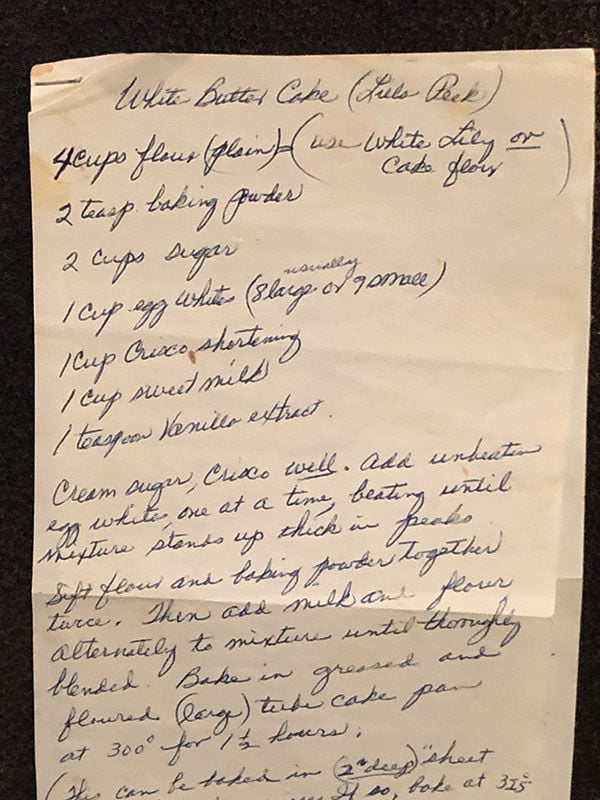 Cookbooks that have become staples in my family over the years

This edition of “Southern Exposure” is focusing on food, and with fall and the holidays upon us, that’s good. This is the time of year our thoughts turn to food probably more than any other time of the year.

I’m not the person you turn to for a great recipe, but it’s not because of a lack of cookbooks and recipes to be found in our house. Angela is a great cook, and like many of you, she could probably write her own cookbook. Of course, in any Southern kitchen like ours, you’ll find many good cookbooks.

Almost every kitchen has a “Better Homes & Garden” cookbook or two, certainly a “Betty Crocker Cookbook,” a “Southern Living” cookbook, and locally, how could we overlook Miss Daisy King’s cookbooks. We have several authored by Daisy, but the most special is her little yellow cookbook. Daisy’s first (we have two for good measure!). One cookbook that is well worn in our kitchen is the “Taste of Georgia” cookbook. Angela has a breakfast casserole recipe in that one. Because of that and the fact we grew up in Georgia, it’s special.

I took a quick look around our kitchen, and on first glance, I counted more than 20 cookbooks. This does not include the many I collected during my time working on News Channel 5’s“Talk of the Town.”Writing this column led me to look around at some of the more interesting ones on our shelves.

The first thing I noticed was that many celebrities have cookbooks. I don’t know if we’ve ever tried a recipe from any of them, but we certainly have plenty of options. A couple of notables are an autographed one from Dinah Shore. A great native Tennessean. There is the “Mandrell Family Cookbook,” and a personal favorite of mine is one from Naomi Judd. I’ve always loved Naomi, and to have a personalized cookbook from her is special. She signed it, “I Love You More Than Fudge!” Now that’s saying something!

Cookbook titles are also interesting. I noticed one entitled “Favorite Ways with Chicken.” Honestly, as a Southern boy, fried chicken is the only way for me. Although, I do like grilled chicken.

There are a couple of Jack Daniels cookbooks. My thinking is, “if those recipes fail, there is always the recipe that made Uncle Jack famous.” We have “Oprah’s Favorite Recipes”— you know that’s got to be good — and there is a “Trim and Terrific” cookbook. That one is a little dusty. Maybe it would be a good idea to knock the dust off and put that one to good use.

Ironically, I didn’t see one for barbecue. Maybe that’s because most of the good barbecue chefs keep their recipes secret.

One cookbook I’ve had trouble locating is titled “Recipes from the Santa Fe Trail.”It features recipes from the Old West. The author was on “Talk of the Town” with me years ago and brought along some of the featured recipes. I remember one was for buffalo tongue. There the tongue sat on the table in front of me. He wanted me to try it, but I could not bring myself to take a bite. Just watching him cut a piece of the tongue off to eat was enough to curl MY tongue!

Speaking of “Talk of the Town,” during my time there, News Channel 5 decided it would be a good idea to publish a show cookbook entitled “Taste of the Town” since we had so many chefs and cooks sharing their recipes on the show.

I contributed a recipe for that book, “Aunt Lula’s White Butter Cake.” My mother made it every year for my birthday from an old handwritten recipe from her great aunt. The recipe is pretty involved, using eight egg whites and a cup of shortening among several other ingredients. For a few years after we were married, Angela carried on mother’s tradition, until one year she threw up her hands and said, “No more, too much work and too many ingredients!”

Some of the best recipes are not in a cookbook. They are handwritten on 3-by-5 cards. In most households, I am sure you’ll find many. Mostly, these are family recipes. In our case, there are recipes written down by Angela’s grandmother and mother and by my mother. All three were exceptional cooks. These recipes are special, and the cards well worn. Preparing a meal from one of these is special and brings back many memories of three special ladies.

Maybe this fall you’ll set the cookbook aside and break out one of those 3-by-5 cards with a favorite recipe. I know you will find a good meal and some great memories.