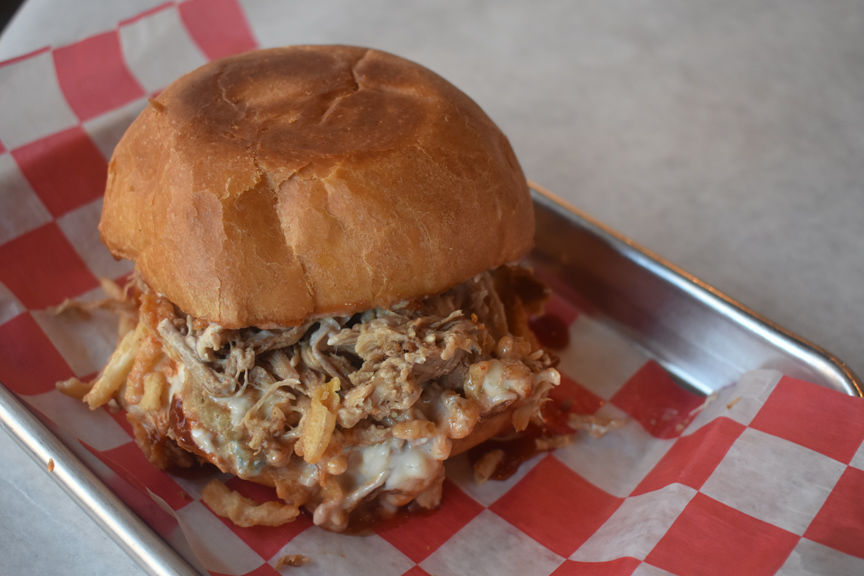 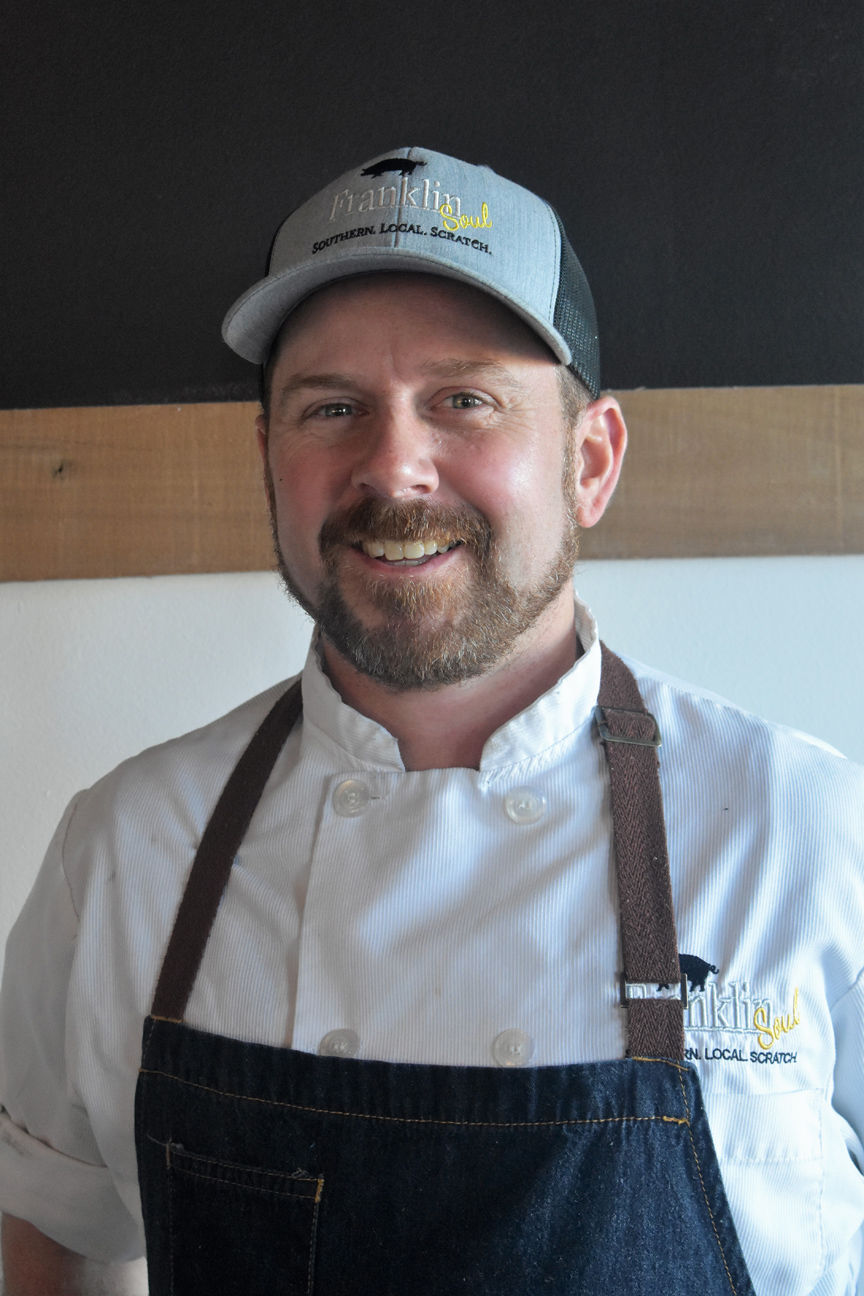 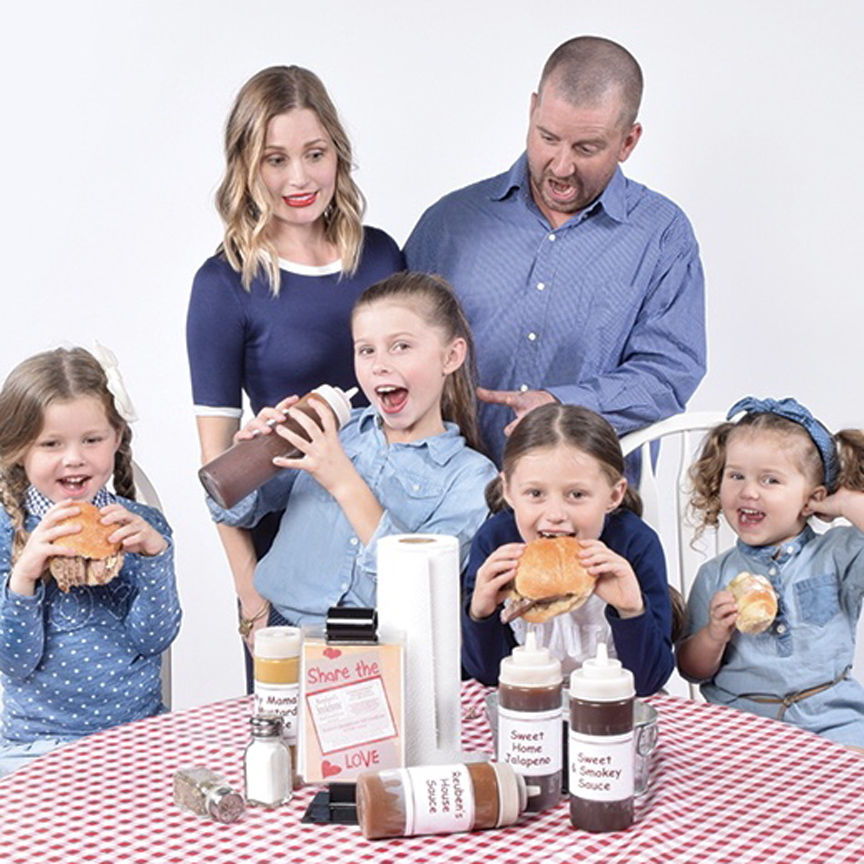 Owner Reuben Sliva and his family enjoying some down home BBQ sandwiches! 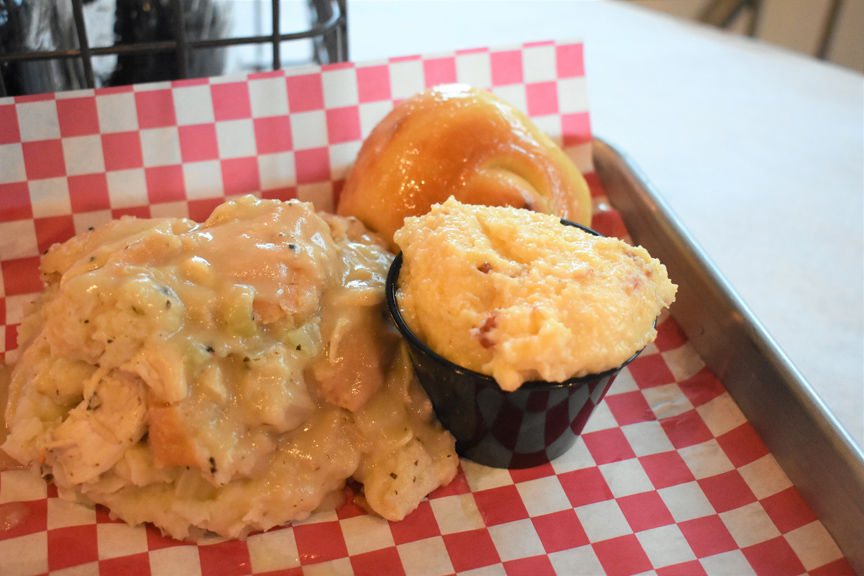 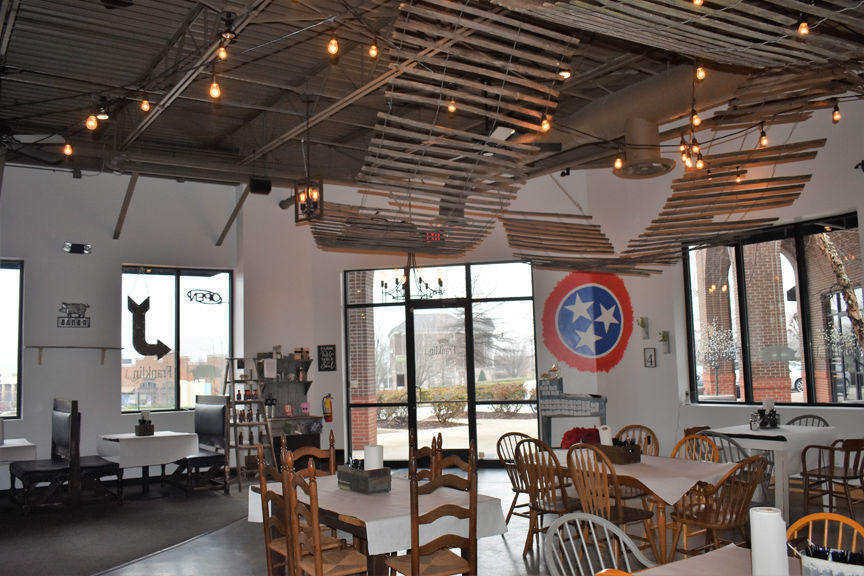 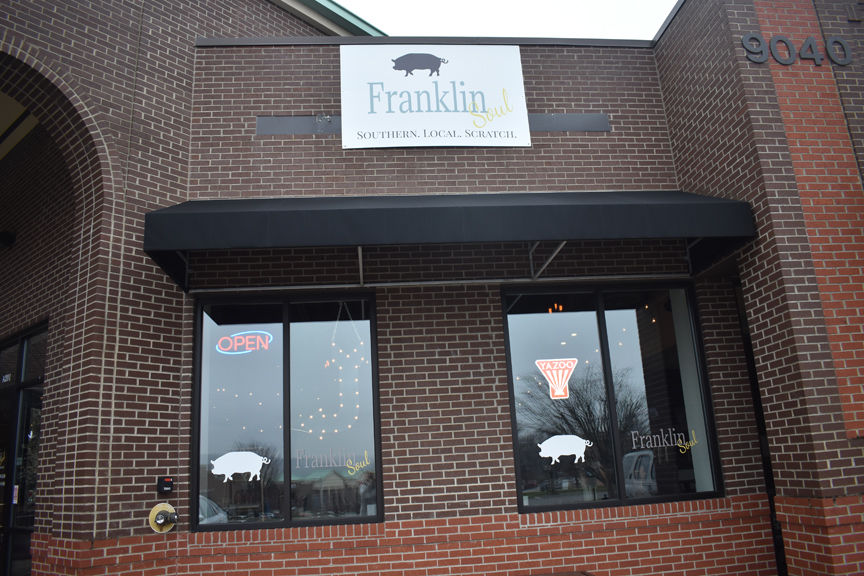 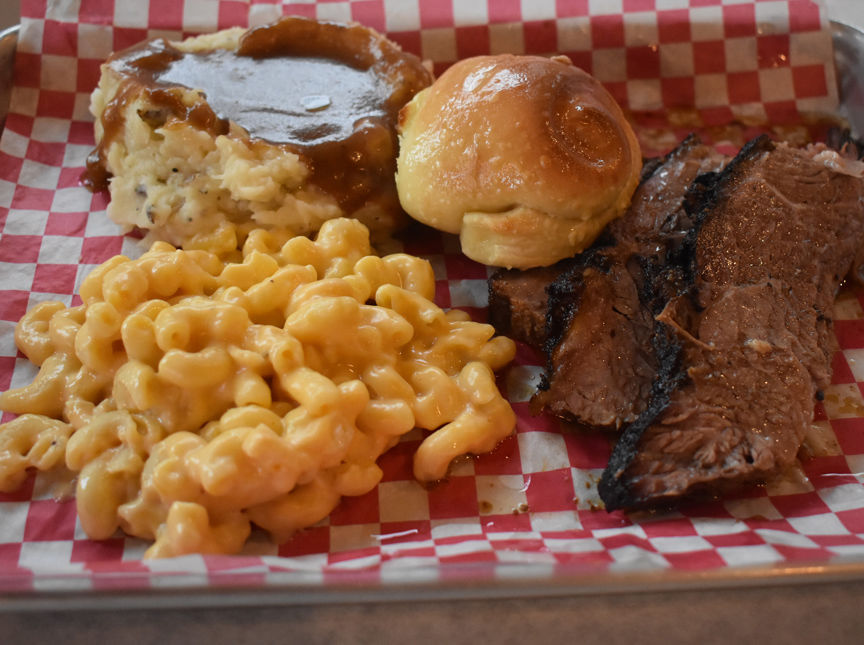 Owner Reuben Sliva and his family enjoying some down home BBQ sandwiches!

A small eatery on Carothers is dishing up soul.  And plenty of it.  From scratch. The food is Southern to its bones (and/or smoked ribs).

Some of the dining options feature Cajun seasonings and flavors. Soul food at its best.

Franklin Soul is its name, great food the game.  It’s the new kid on the block in Cool Springs, having opened just three months ago, but already there are regulars for both lunch and dinner.

Yeast rolls are like your mother and/or grandmother made. Maybe better.  Mashed potatoes are topped with fantastic brown gravy made from the jus of pot roast.  Bacon meatloaf is the chef/owner’s mother’s recipe. Chicken and dressing come with mashed potatoes topped by chicken gravy. The dressing made with French bread, is another nod to Louisiana.

Personally, I’ve never had a bite of anything Cajun that I didn’t love. In the repertoire of Cajun dishes are chicken gumbo, red beans and rice with beef and pork trimmings and bacon cheddar grits.

The headlines in the soul show is smoked barbecue.  The fork tender beef brisket made in the Texas style with dry rub seasoning is terrific. Pulled pork is tender and juicy. The ribs drip with soulful flavor.

The pulled pork comes as an entrée or on a butter bun accompanied by cole slaw and house pickles.  Also in the mix is smoked chicken breast.

Not to be overlooked is the pot roast with mashed potatoes.  Slow cooked and flavored by the South, it a favorite.

The list of side dishes is not for the indecisive.  Amongst them are mac and cheese, molasses baked beans, red beans, potato salad, country green beans, Cole slaw, bacon cheddar grits and mashed potatoes.

Top that if you can.

For salad lovers, there’s a house salad, a “not quite Caesar”, and the Franklin chop consisting of chopped fresh iceberg lettuce, roasted corn and peppers, tomatoes, bacon AND homemade blue cheese dressing.

Chicken, pork or brisket may be added.

Sandwiches include an open face pot roast over mashed potatoes, a butter roll and those fantastic mashed potatoes and gravy. Pork comes on a butter bun, as does chicken and meatloaf.

Here’s an item I haven’t tried yet, but will: Blu Q … pork, blue cheese and fried onions.

For dessert, a personal fave, bread pudding.  This version is decadent with chocolate and caramel.  Made from scratch cinnamon rolls are another tempting sweet treat.

Reuben Sliva, the chef owner, knows his way around a kitchen. He’s been in the restaurant business for 22 years.

“I started working in a restaurant when I was 15; at 16, I moved into the kitchen and have never looked back.  I’m one of the lucky ones who knows early on their calling,” he said.

He has been in fine and casual dining.  He opened his first restaurant at the ripe old age of 28.

He brought his knives and expertise last year from Ft. Myers, Fla.  His restaurant there, Reuben’s Smokehouse, garnered national ranking by Trip Advisor.

“My sister lives in Grassland, and every time my wife and I and our four children came to visit, we said we were going to move here.  Finally, we have and we love it.  The schools are great as are the people and the sense of community,” he said.

Franklin Soul has created its own unique atmosphere with weathered gray thin slat fencing dripping from the ceiling, eclectic tables and chairs, a huge chalkboard and the signature pig over a weathered wood shelf and a mix of antique doors hung from the ceiling.

The enticing aroma of smoked Q greets customers at the door. A bar serves craft beers on tap and craft and other selections by the bottle.  Customers may BYOB, bring your own wine, to accompany their dinners.  A modest corkage fee is levied.

The menu for ages 12 and under, for only $5 including drink, features meat and one, meatloaf, mac and cheese and chicken and dressing.  Where else can have a kid have a made from scratch meal for five bucks?

Sliva and his team also do a lot of drop off catering. The menu mirrors the in-house dining, with the addition of breakfast.  Also, catering trays to serve 15 are hot with corporate clients.

And there’s soul to go via pick up to take home for dinner.  It can be ordered online and in advance by as much as a few days. The chef also ships his made from scratch treasures via vacuum packs.

I always love to take smoke ribs in different recipes shape. Glad to see here the go Whole Hog event for tasting something delicious. Visit https://essayontime.com.au/ source to pay for assignments in Australia. I often attend such food based events by getting the help of professionals for my study.