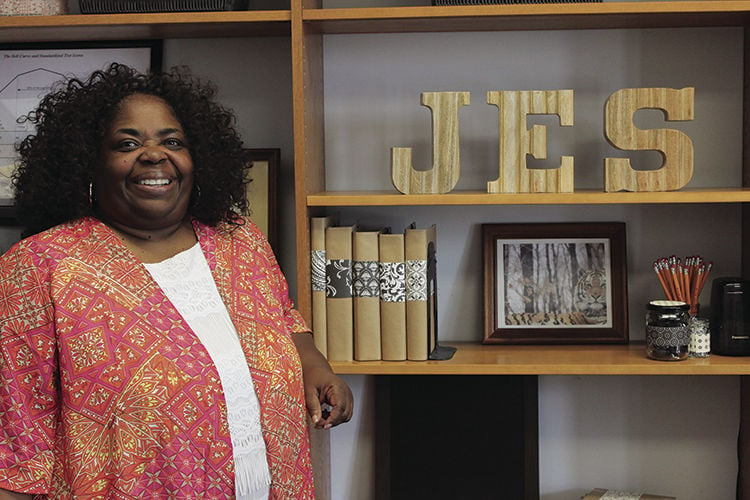 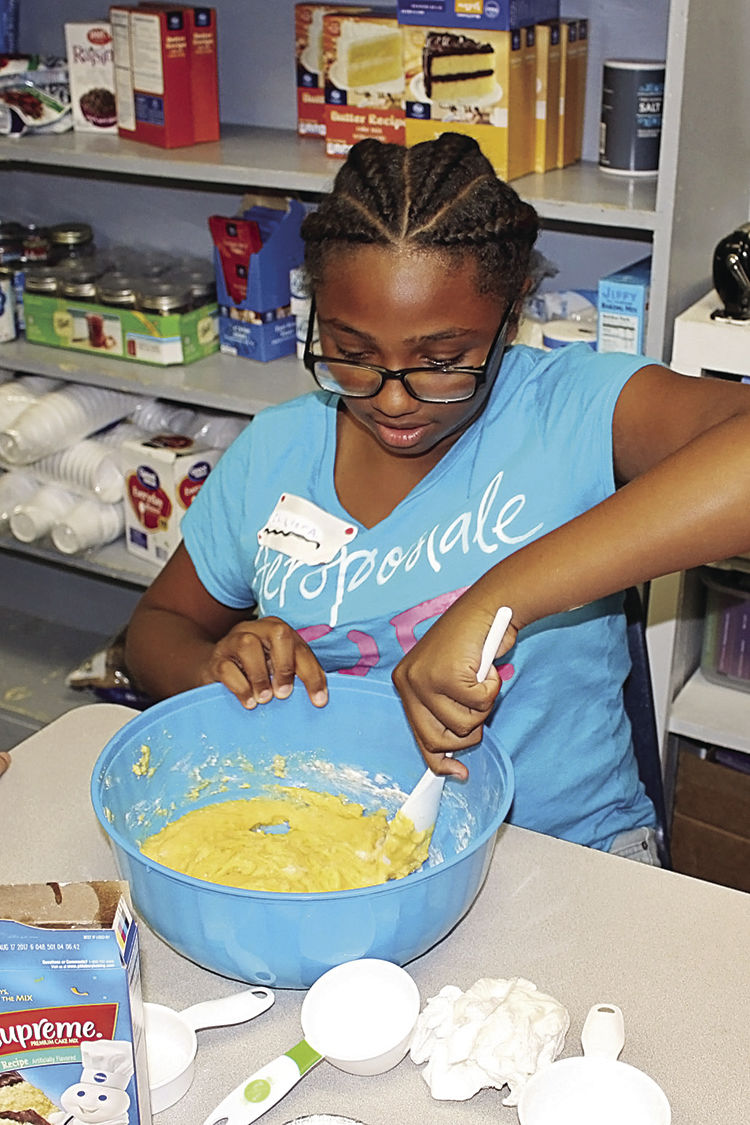 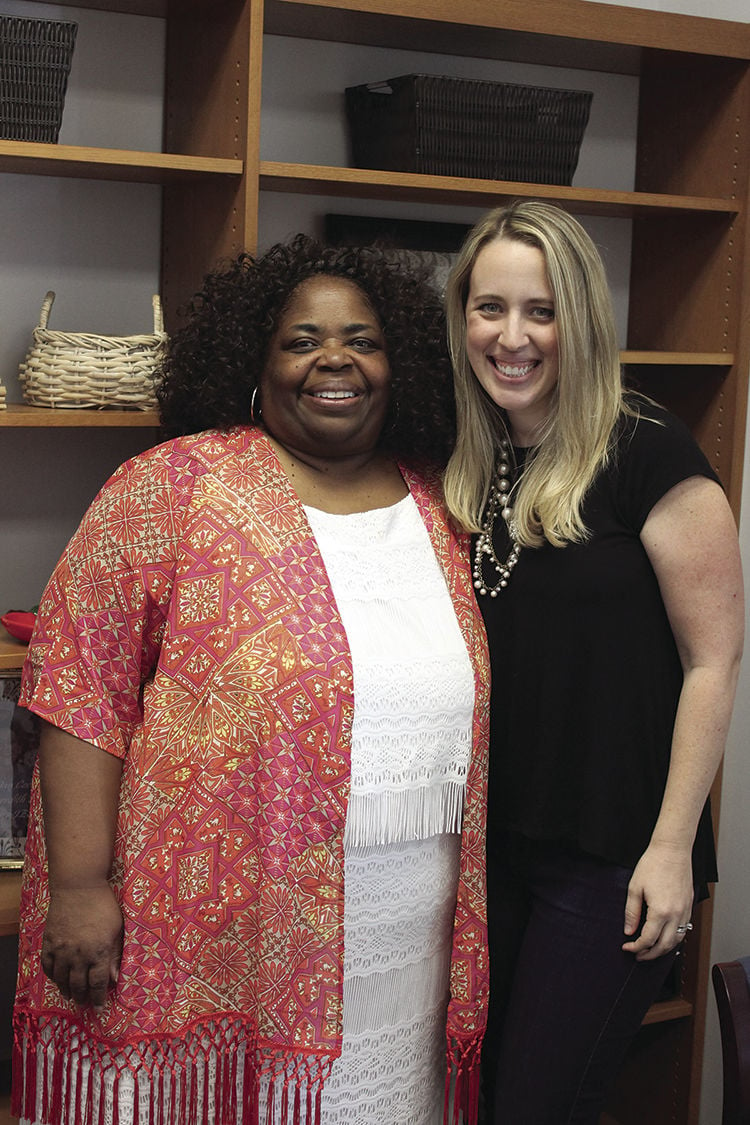 Evelyn with her assistant, Erin Lefkovitz 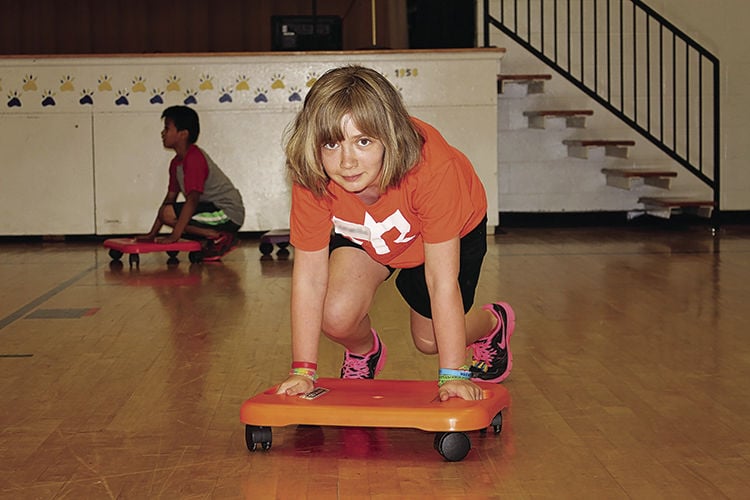 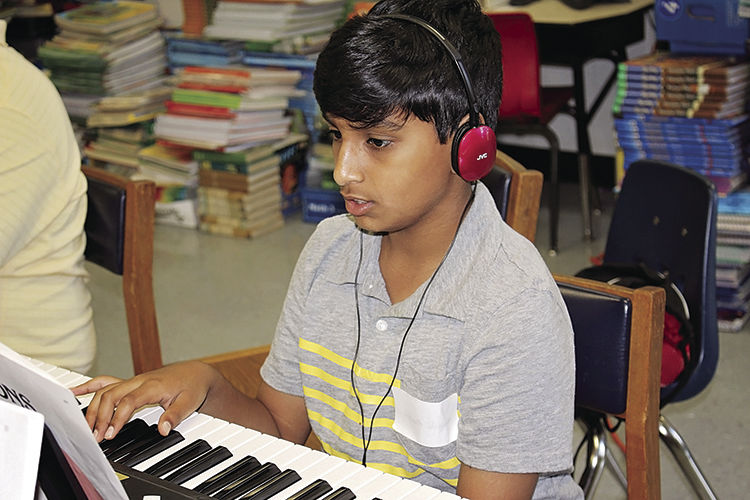 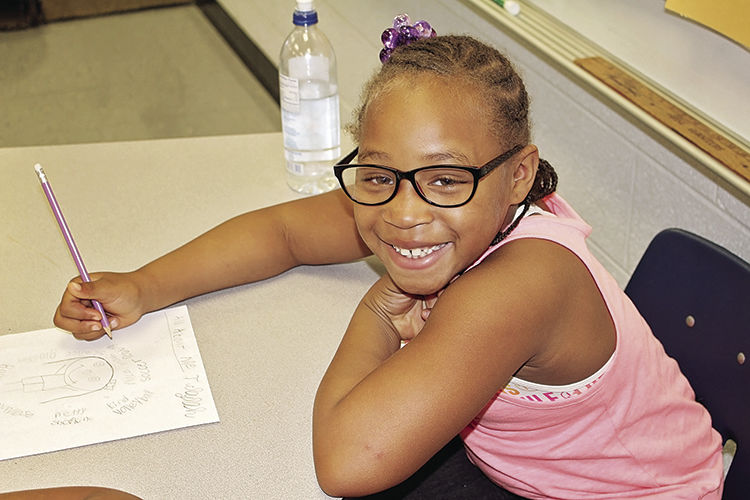 Evelyn with her assistant, Erin Lefkovitz

Josephine and Bubba Gentry’s grocery store was a fixture on Natchez Street when Evelyn Hickerson was growing up. As the daughter of the proprietors, she saw life happen there every day – the struggles and successes, the highs and lows that played out before her eyes among family and neighbors. It was a time when a shopkeeper at the corner store could make a difference for a friend in need, and didn’t hesitate.

The apple doesn’t fall far from the tree, and that giving gene sprouted in Hickerson. She would be a teacher, living and working within a mile or so of that old grocery store long after it had closed.

A long-time reading instructor at Johnson Elementary School, Hickerson bought the property years later, with the hopes of someday offering tutoring for neighborhood kids there who needed a little after-school help. What has blossomed from that idea, she says, is far beyond what she could have envisioned.

“I lost my mother in 2007 and she left me a small inheritance, so my husband and I used part of that to send some family members to college and some as seed money for what we named Gentry’s Educational Foundation,” she says. “We started with 15 kids that summer out of our home, and the (now retired) principal at Johnson Elementary, Jan Cochran, suggested the program be housed at the school.”

With expanded resources, the support of the Franklin Special School District and a bevy of passionate volunteer teachers, the summer program grew quickly into after-school tutoring, then enrichment. Forty kids turned into 100 or more, the Foundation became a 501(c)3, and grantmakers started noticing: kids on the path to being left behind were closing the educational gap.

“The outcomes were incredible – children were going from below basic to proficient and advanced, and people were inspired,” says Erin Lefkovitz, a teacher who volunteered that first summer before becoming Hickerson’s assistant, and now serves as the Foundation’s assistant executive director and data analyst. “I remember thinking this is how school should be. They had piano and cooking classes, science and drama … the kids were learning, but they were having so much fun.”

Four years later, Gentry’s Educational Foundation works with nearly 300 children a year, having broadened their reach beyond Johnson to Freedom Intermediate and the Green Street Church of God in the Hard Bargain neighborhood, across the street from the program’s home base. Referrals come from across the district, and the staff is comprised of the same teachers the children see in the classroom during the school day. Johnson Principal Tosha Baugh and the director of schools, Dr. David Snowden, have embraced the concept, allowing it to make a difference for more students each year.

“Mrs. Hickerson and all of the teachers involved with Gentry’s are truly dedicated to the success of every child, and the school district is very proud and appreciative of all that has been accomplished under her leadership,” Snowden says. “She is the consummate professional educator, and she’s made it her mission to provide young people with the assistance to maximize their opportunity in both the classroom and the community.”

The model is simple: teachers recognize kids who could use the help in the classroom, then work with them after school to address specific challenges. Fun activities like guitar lessons and sports and field trips are offered –to places like local farms, the Tennessee Aquarium or the Space and Rocket Center in Huntsville, where hands-on learning is fun. Scholarships cover the cost for those who couldn’t otherwise afford it. Perhaps most importantly, relationships are deepened; hope and confidence are nurtured. Small successes become big ones.

“We start each afternoon talking about their day, their achievements, their worries. Then we walk the track and loosen up and do a half hour of homework,” Hickerson says. “If their grades are up to par, they get to choose what enrichment activities they want to do, and lead teachers from each grade (K-6) who understands what they’re studying during the day are there to work with students who are struggling in a particular area.”

Students regularly see uncommon leaps in achievement, so much so that the University of Tennessee’s School of Education has used the program as a case study for innovation.

“The last four years, we’ve averaged a full year of academic growth per student, in six or seven months’ time. One of our most challenging students, a fourth grader, was reading on a Kindergarten level and was going to be held back,” she says. “By the end of the school year he was scoring proficient. When we started he wouldn’t dare read aloud, and now he raises his had. We have students who get tutoring on Wednesday afternoons and beg to come to Green Street Church of God on Saturday mornings for more.”

Lefkovitz says it’s about more than remedial work. Life skills, self-confidence, peer support and more are the by products. And none of it would be possible without Evelyn Hickerson’s dedication and talent.

“Everyone loves and appreciates this program and wants to be a part of it,” she says. “Evelyn just empowers the kids … she has them hanging on every word. They love and respect her, and they know she loves them. Then they have some success and get excited and want to learn more, which is a life-changing thing.”

As for Hickerson, she says growing up around neighborhoods like Natchez and Hard Bargain, where kids don’t always have everything that others in Franklin might, it’s a way to honor her parents’ legacy and make a difference, one child at a time.

“We can’t do enough, but watching the students grow is a joy. It could be the thing that makes a difference, and we want them to see that there’s hope out there.”

To support the program or learn more, visit  their website at www.gentryeducationalfoundation.com.