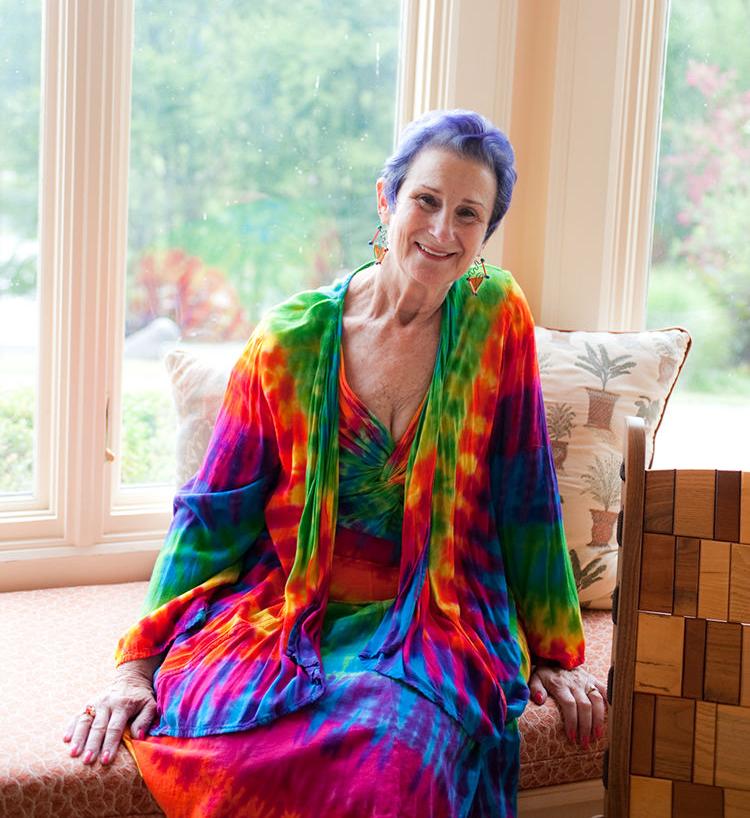 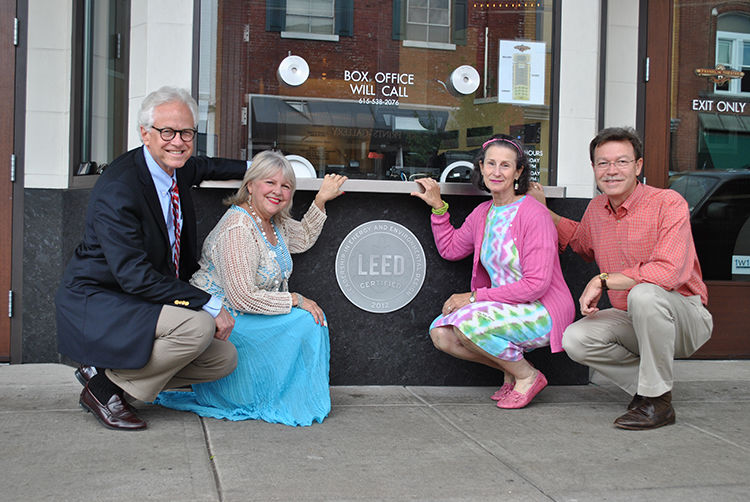 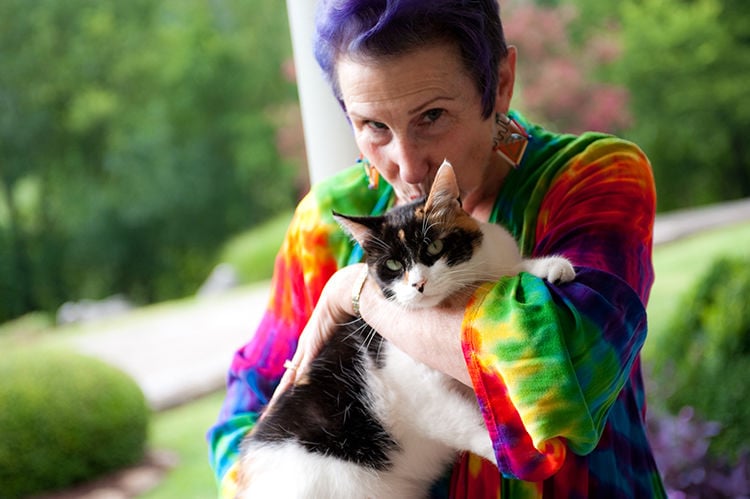 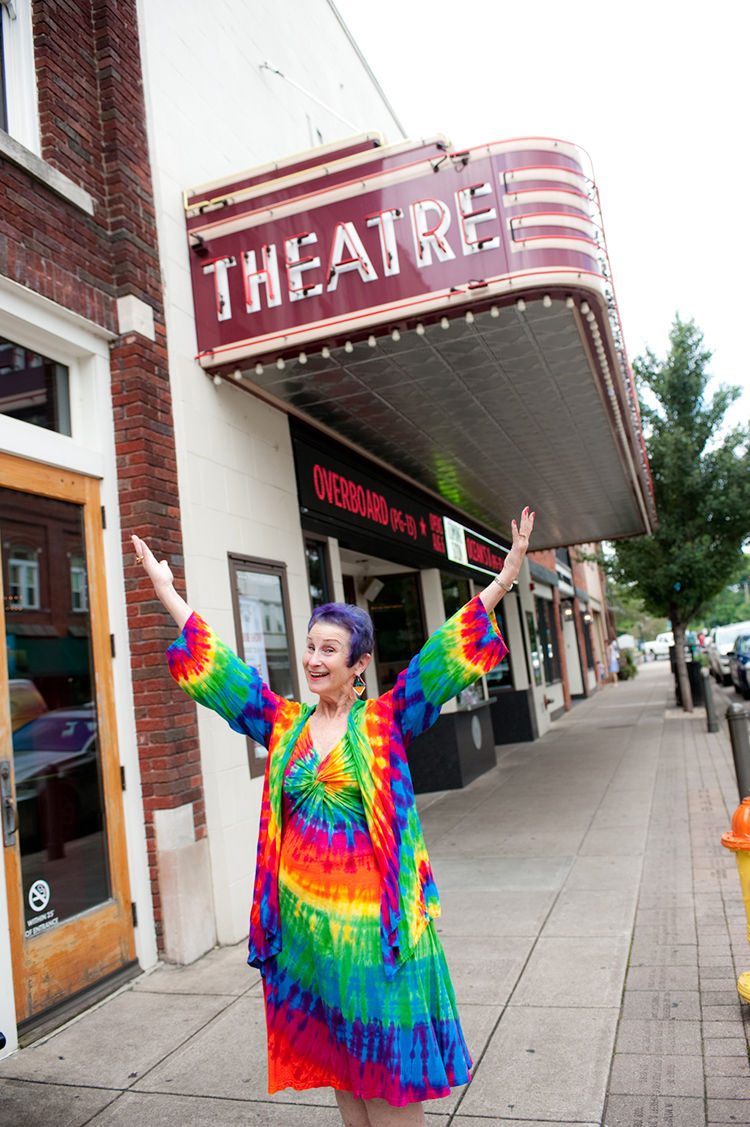 Emily Magid’s last name should be Magic instead of Magid.  With her bubbling enthusiasm, she creates it wherever she goes.  Fortunately for Williamson County, the Nashville native chose Franklin for her home more than two decades ago.

And Williamson is all the better.

An avid community advocate, she and her giving spirit have made a huge difference in the community.  She is a pay it back and pay it forward kind of gal who genuinely enjoys sharing her time, energy, talent and financial resources.

“I feel good being part of the community and contributing to it,” she said.  “I enjoy every project.”

Those projects include efforts with the Heritage Foundation, Williamson County Animal Center, the Franklin Housing Authority, Hard Bargain Association, Habitat for Humanity, Studio Tenn and others.

Currently, she is neck deep in planning the Heritage Ball to be held on Saturday, Sept. 15 at Eastern Flank Battlefield Park near Historic Carnton Plantation.  The longest running black tie event in Franklin, the Ball raises funds for the Heritage Foundation of Williamson County.

She is both the presenting sponsor and chair of the elegant gala.  In the past she has been honored with the prestigious Heritage Foundation Patrons Award and was named Ball Queen another year.  Her wand continues spreading its magic.

“We’re going to have a ball at the Ball,” said the effervescent Magid who is shaking things up a bit with her creativity.  Long a fan of tie dye, this year’s Ball is “black tie dye”.

I have always loved color, and tie dye is a fabulous mixture of it,” says the engaging Magid who is renowned for her tie dye clothing.  Her fun, colorful and enthusiastic persona will be reflected in the gala, annually attended by more than 700 guests.

But the Ball is just the tip of the iceberg for her contributions to the Heritage Foundation.  They began 20 years ago, one year after moving to Franklin.

“Our neighbors and I had a problem with a proposed industrial park that would be built near our homes,” she said.  “We took the developers on and ultimately won.  During our battle, I was told to go see Mary Pearce, the executive director of The Heritage Foundation, that she could help us. And she did.”

Once the situation was settled, Magid went back to Pearce to thank her for her help.

“What can I do for you in return?” Magid asked.

“You can volunteer here at the Heritage Foundation,” replied Pearce.

Magid began spending every Tuesday at the office.  She still does.

One of her first assignments was to coordinate an archeological dig at a historic site, Roper’s Knob.

Over the years her involvement only increased.  She was elected to the Board of Directors in 2004.

In 2007, the organization’s preservation efforts were called to task.  The 70-year-old historic Franklin Theater on Main Street was in dire straits. The owner of the building had decided to sell it.

“It was a crisis,” said Magid.  “Not only did the Heritage Foundation want to preserve the theater, so did the community.  The building owner gave us one month to raise the money to buy the building for $2 million dollars.”

“I went home after the meeting and was just sick; that theatre means so much to Franklin.  I couldn’t bear to see it become something else.  I did not sleep a wink.  At 3 a.m., I had an epiphany,” she said.

“I have some money, maybe I can just buy it”, she thought to herself.

At 4 a.m. she called her financial advisor and her CPA to see if she could afford to do it.  They gave her the go ahead.

Next, she called Pearce and then David Garrett, board chair, to tell them she would just buy the building and give it to the Heritage Foundation.

“I was thrilled! We all were,” said the effervescent Magid.

She is quick to say that it was the community that saved the Franklin Theatre.

“I was fortunate to be able to give the Heritage Foundation the building, but it was everyone stepping up to the plate to make it all possible.   People were so generous with gifts in-kind and outright dollar donations, and so giving of their time, their ideas, their creativity, themselves,” she said.

The Franklin Theatre re-opened in 2011 with grand new interiors, sound, lighting, staging and imagination.  The total project ended up at $9 million.

More recently, she, along with Marilyn and Calvin LeHew, donated a total of $1 million to pay off the debt of the Big House for Preservation, the former “Old, Old Jail” that the Heritage Foundation preserved and restored.  The organization is headquartered there.  The building bears the names of the LeHew’s and Magid.

But it’s not just the Heritage Foundation which has benefited from the energetic and magical Magid involvement.  She and a few others were founders of the Friends of Williamson County Animal Center, a 501(c)3 non-profit organization, dedicated to raising funds, awareness and involvement with the shelter.

A life-long animal lover, Magid is passionate about helping them. She has long been active in Walden’s Puddle, the only designated wildlife center in Middle Tennessee. Her home and 72 acres will go to that center upon her death.  It is all in The Land Trust for Tennessee.

“I have all kind of wildlife that passes through my property; every day is a gift, watching the deer, turkey, skunks, racoons, squirrels, rabbits and other creatures at play.

She has two kitties, Gemma and Munchkin.  They are loved and adored.

Magid is also active in the lives of children.  Four years ago she established a scholarship program to help students whose families live in homes within the Franklin Housing Authority go to college.

She has also been very active with the Hard Bargain Association whose mission it is to impact lives and preserve the Hard Bargain neighborhood, consisting of two city blocks in downtown Franklin.  The historically African American neighborhood preserves its past and inspires its future. The organization rehabs existing homes and builds new quality affordable homes.

She has been an avid supporter of Studio Tenn since its inception.  She has shared her enthusiasm and magic with the award winning regional theatre company.  Studio Tenn produced its own magic on the Franklin Theatre stage for a number of years before spreading out to larger digs within The Factory at Franklin.

Magid has done so much, but she’s long from finished.  A bit like a line from Gone With the Wind, she’ll be doing good as long as she has breath in her body.