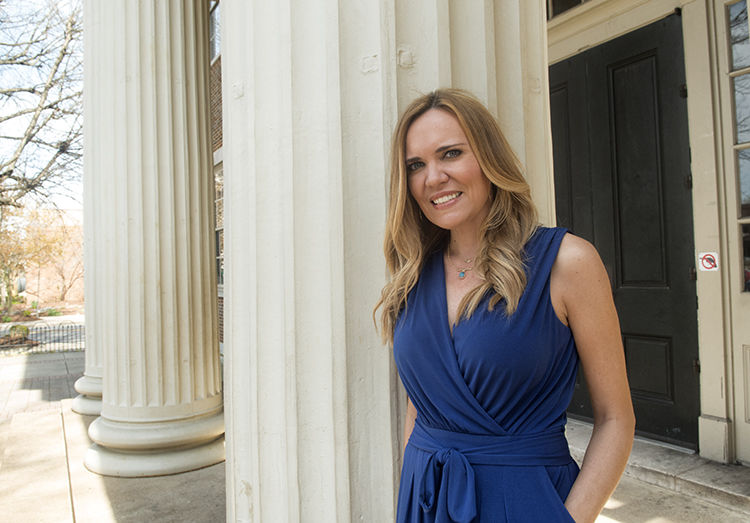 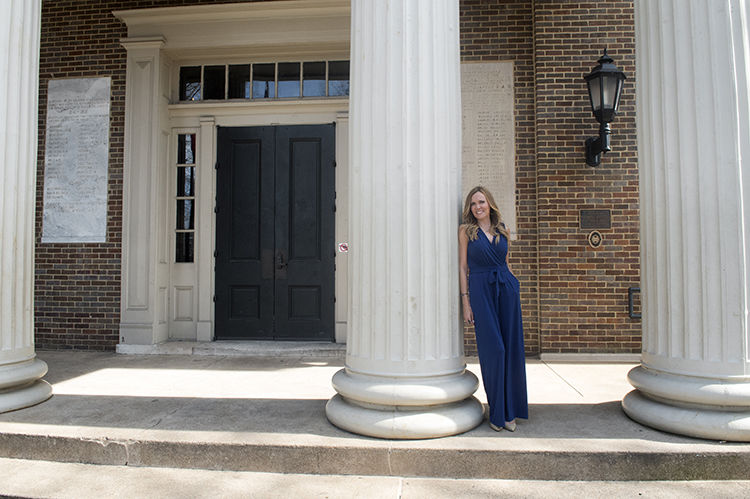 As a young professional walking into a maximum security correctional institution for the first time, Anna Settle was certain she was in the right place. In fact, she’d known from a young age that she wanted to get inside the minds of people who needed help, to be the kind of resource that could change a life.

“I can’t ever remember ever wanting to be anything else,” Dr. Settle says. “I like to think that I am a lot like my dad – analytical, compassionate, introspective. My high school cheerleading coach called me the psychologist.”

Growing up in Huntsville, Alabama, Settle would accompany her father, Byrom Goodwin, on visits with deaf patients who utilized service dogs. As a therapist, Goodwin would ensure that the animals and humans were connecting on a safe and effective level, and Settle was fascinated with how the challenge had been met with a solution.

She attended the University of Alabama, jumping into the psychology program with a vision of earning a Ph.D. on the forensic side. A well-respected clinical masters program attracted her to Middle Tennessee State University, and a scholarship to Tennessee State University covered the doctorate. Vanderbilt offered her a residency on the psychiatric side, working in an assessment program for impaired professionals. If a doctor’s license had been revoked, for example, Settle would assess the client to determine what steps might be appropriate for rehabilitation and reinstatement.

“I wanted the psychiatric training, because it gave me a well-rounded base of education and experience for the forensic side that I wanted to pursue,” she explains. “On the opposite end of the spectrum, I also had a chance to work with the VA hospital at Vanderbilt, evaluating patients who were potential candidates for organ transplant. I chose that because it was more assessment than therapy, and dealt with substance abuse, suicidal issues, post-traumatic stress disorder and other aspects that I knew would be factors in my forensic work.”

As a graduate student at MTSU, Settle had completed a training rotation at a prison, a kind of internship that found her in a back room meeting alone with murderers, rapists and other violent criminals. Her job was to help assess the convict for classification and assignment to the proper long-term correctional facility. She remembers the first day showing up in heels, thinking she was going for a job interview, and ending up across the table from a man who had committed murder. She was hooked.

“We would look at their intellectual ability, what specialized treatment they might need, and then conduct a battery of tests to determine where they had the best chance of rehabilitation,” Settle says. “A lot of times people in that scenario have never had anyone ask them an open-ended question, and then give them the time and space to answer it. They might have grown up on the streets, with no one to care about them, so they were very open. They knew they were going to prison, so I was able to show them some compassion and be of help in many cases.”

Today, she serves the state’s criminal justice system in myriad ways, evaluating people charged with serious crimes to determine their competency to stand trial, helping train those who qualify on how the system works, and testifying as an objective expert in involuntary commitment hearings.

“We want to be sure that people understand the charges, the nuances of a plea bargain and other elements of the trial process. If someone is flagged for assessment, I can determine their competency and evaluate their mental condition at the time of the crime, and in some cases, teach them what the judge does, what the attorney does and what a plea bargain is,” Settle says. “You can be competent and still have been insane at the time of the crime – say someone functions well when medicated, but on a certain day she might have been insane.

Settle believes firmly that everyone has something to contribute to the world, yet some haven’t been able to tap into their potential because of childhood abuse, addiction, a life of crime or mental illness. She’s seen too many make a complete turnaround and do great things to believe otherwise.

“We all have personality traits that can be improved… I think we all need therapy,” she says. “Most people have an intrinsic motivation to contribute, and I genuinely believe that everyone has some gift that they can use to give back to the greater good – even the super sick, the psychopaths, and those who are incarcerated for terrible crimes.”

She says her role is to help people avoid becoming repeat offenders, to get them both the treatment they need and the punishment they deserve, and to provide an opportunity where possible to offer a second chance for a productive life.

“Locking people up is necessary, for the safety of society and for the basis of our justice system, but it doesn’t produce positive outcomes. There has to be more than that. If I can be an objective voice between two attorneys, a judge and a jury in determining what sentence that person gets, what facility is most appropriate for them, and how we can help better our world as a result, then I have used my position and passion to contribute something positive.”

In addition to her work as a trained Tennessee Forensic Evaluator, Dr. Settle provides traditional counseling therapy to individuals and couples with specialties ranging from relationships to substance abuse and career challenges. She helps parents better communicate with teens, assists artists and musicians as they reintegrate with their families after a long tour, and even guides talented people in overcoming performance anxiety on stage and screen. Dr. Settle lives with her family in Williamson County. To learn more about her practice, visit www.drannasettle.com.

The legal system is fair and in a criminal trial, a party should be able to place a bail bond to be released while he is trialed. This is an old practice and it is based on one fundamental justice principle: defendants are presumed innocent until proven guilty. If one can not pay the sum of money decided by the judge he can resort to a professional Harrisburg bail bondsman and obtain that sum.