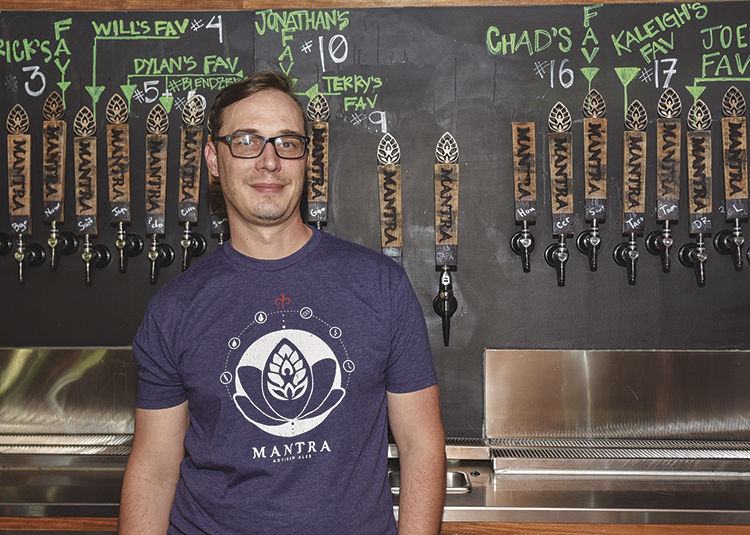 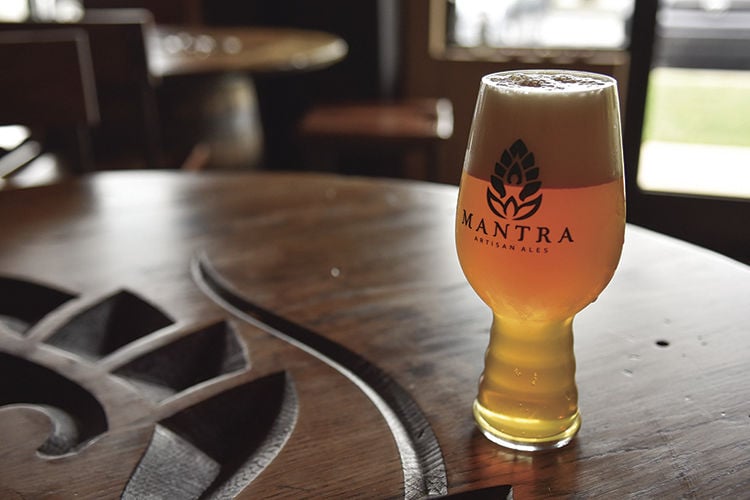 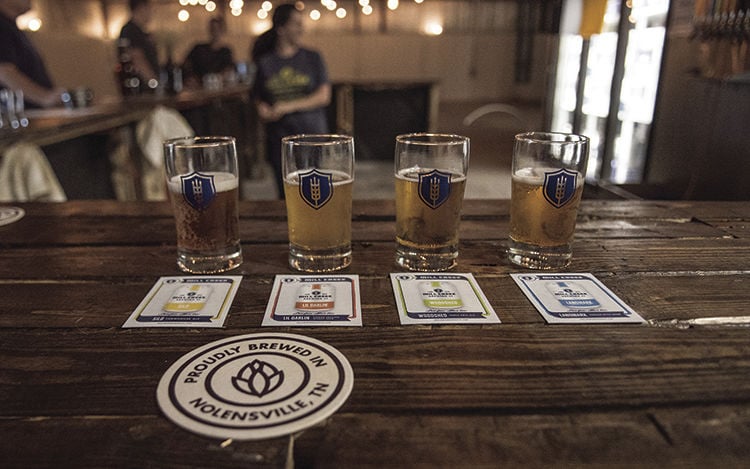 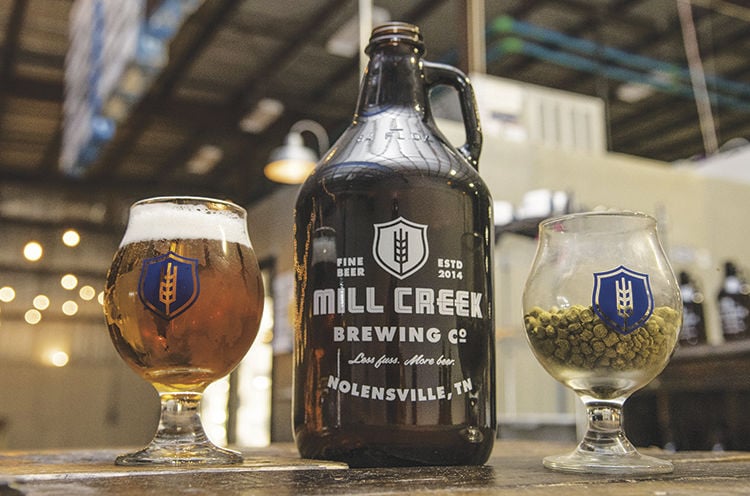 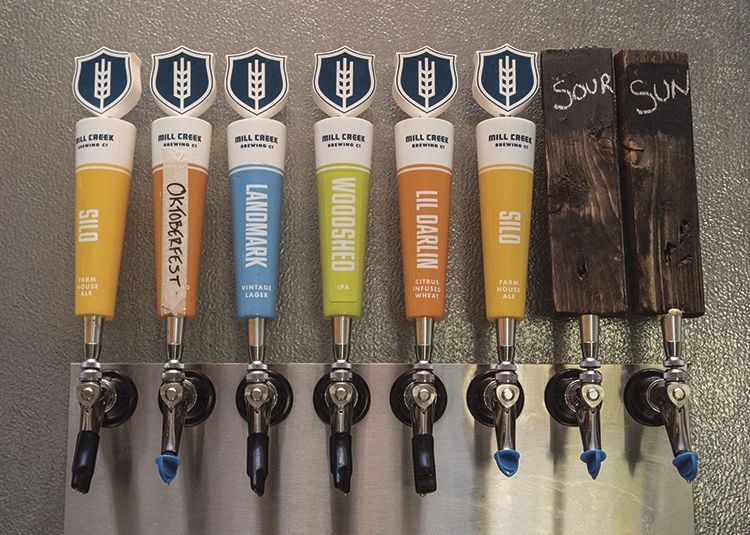 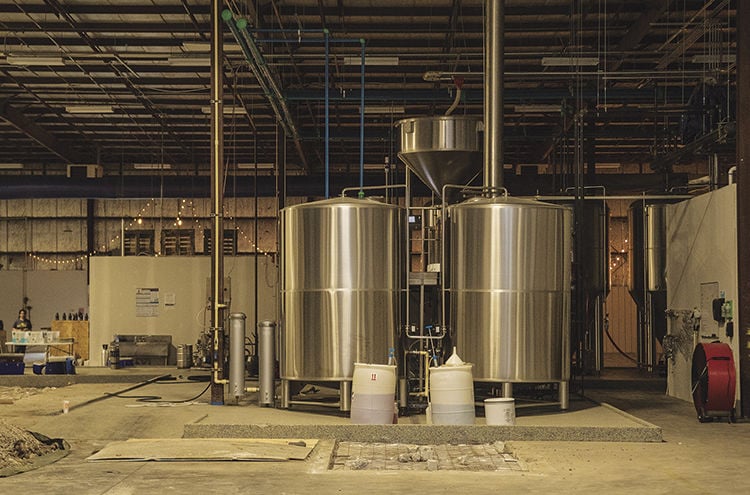 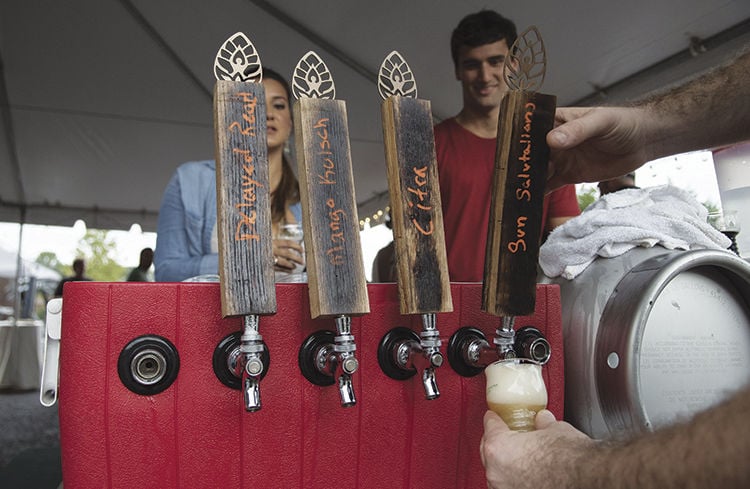 Mantra Artisan Ales was founded based on creating beers with distinctive flavor characteristics that pair well with food. Derrick Morse and fellow Franklin resident and chef Maneet Chauhan of Nashville's Chauhan Ale & Masala House teamed up to launch the brewery.

Mantra Artisan Ales was founded based on creating beers with distinctive flavor characteristics that pair well with food. Derrick Morse and fellow Franklin resident and chef Maneet Chauhan of Nashville's Chauhan Ale & Masala House teamed up to launch the brewery.

Just minutes away from one of the nation’s fastest growing “It” cities, Nashville, we here in Williamson often succumb to the many trendy shifts a rapidly growing area embraces. From the music scene to fashion to, well, beer, the region is adjusting to popular concepts.

Grab a pint and try out a new IPA. Let's dive into beer.

Craft beer in the U.S. continues to grow in popularity according to the Brewers Association, a not-for-profit trade association of brewers, for brewers by brewers. In fact, the organization says craft beer sales grew by 12.8 percent in 2015, accounting for $22.3 billion of the nearly $106 billion beer market. The Brewers Association says there were about 2,400 craft breweries that operated in the U.S. last year contributing some $56 billion to the economy and more than $750 million in Tennessee.

First off, what is craft beer?

Nashville is far from beer meccas like Portland, Ore., where the city has nearly the same amount of breweries as the state of Tennessee.  But our number is growing. And if you’re part of the global leader Anheuser-Busch InBev crowd, which is progressing toward its $103.8 billion acquisition of SABMiller, set down your Bud Light and blame former President Jimmy Carter and H.R. 1337 passed in 1978, which allowed adults to produce wine and beer for personal use erasing Prohibition-era legislation. That legislation opened the door and ushered in home-brewing.

In Williamson, we have several brewers establishing their footprint in the fast-growing market of craft beer.

Mantra Artisan Ales co-owner and brewer Derrick Morse launched last November in Franklin.  The Mill Creek Brewing Company and co-owner Chris Going in Nolensville opened officially in May, and don’t forget the veteran Cool Springs Brewery and brewer John Overby, who dabbles in just about everything since the microbrewery doesn’t distribute its beers.

“I think it’s a gold mine right now for anyone who wants to open a brewery or be a part of one,” Overby said of the beer landscape. Cool Springs Brewery has about a dozen beers on tap with changes consistently due to the smaller, in-house brewing system. A popular go-to always available is the Pecker Wrecker IPA, with grapefruit and malty sweet flavors.

“That’s always our No. 1 suggested beer,” Overby said, “but we are constantly offering new beers and trying new things.”

Going, who moved to the Nolensville several years ago, said he was very “intentional” in selecting the county and city for Mill Creek.

Mill Creek aims to meet beer drinkers halfway on the flavor side of brews.

“We like to say that we make approachable craft beer for everyday people,” Going said, adding that the brewery’s best-seller, Lil’ Darlin, a citrus-infused wheat beer, is similar to a Blue Moon or Shock Top. There’s also the Mill Creek Woodshed IPA which boasts a tropical flavor to balance the sweet with the slight bitterness of hops.

Morse described Franklin as a “perfect fit” for Mantra and its vast spectrum of flavors.

“It is the quintessential place to raise kids and start a business,” the Colorado-native said of the city. “We are extremely happy to be here and be one of the only breweries in Williamson County … we always want to be Franklin’s brewery.”

Mantra features a tap room that offers more than 20 kinds of beer. For the newcomers to craft beer, the Battleground Farmhouse is a popular suggestion. One could also try the much more complex and newly released Cassis as well, which is a blend of Mantra’s Flanders style red aged on black currant and tart cherries in charred American Oak and Tennessee whiskey barrels matured with red wine. How’s that for expanding the palate?

These new flavors are close to home for county residents.

“We are just really excited to be a part of this growing market in Middle Tennessee,” Going said. “It’s an exciting time and we’re happy to be in Williamson County.”

Charles Pulliam is an Alaska native who has called the Nashville area home since 2011. He works as a multimedia reporter for the Williamson Herald. Follow him on Twitter @cspulliam.