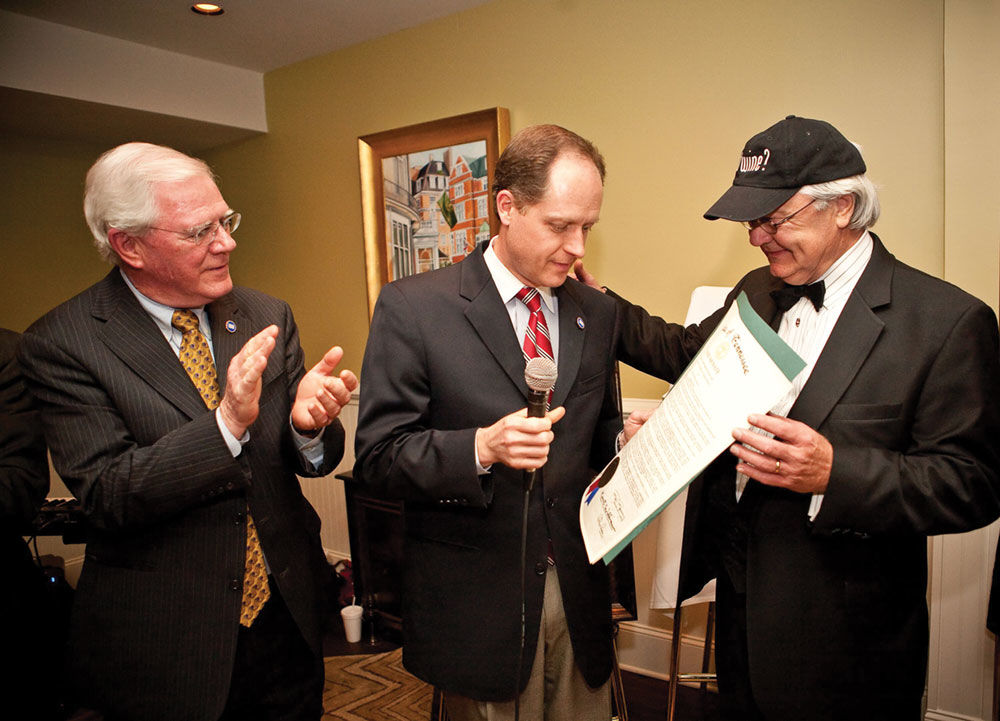 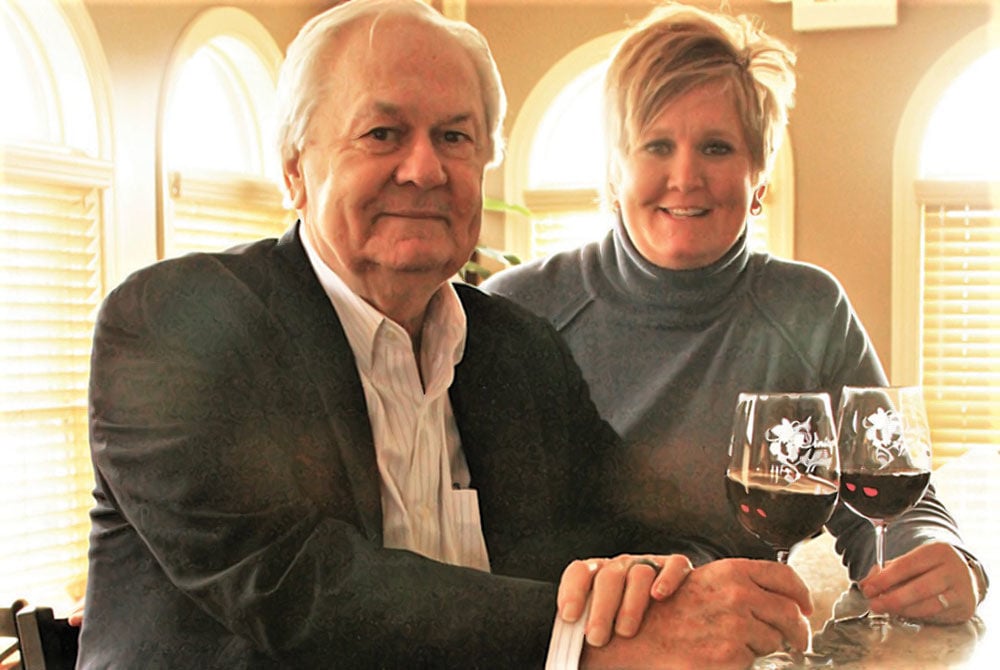 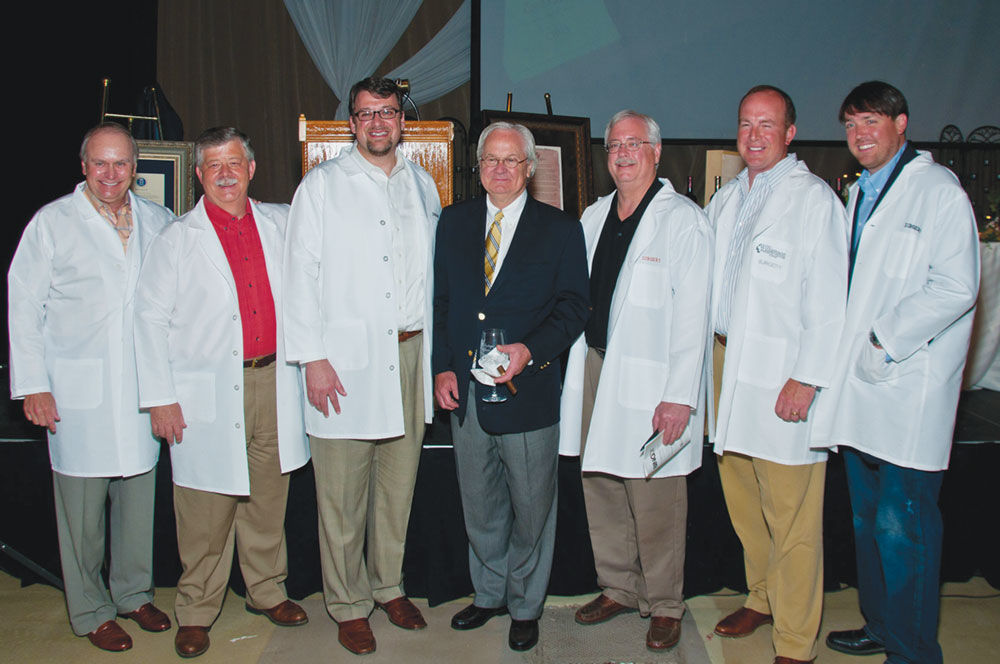 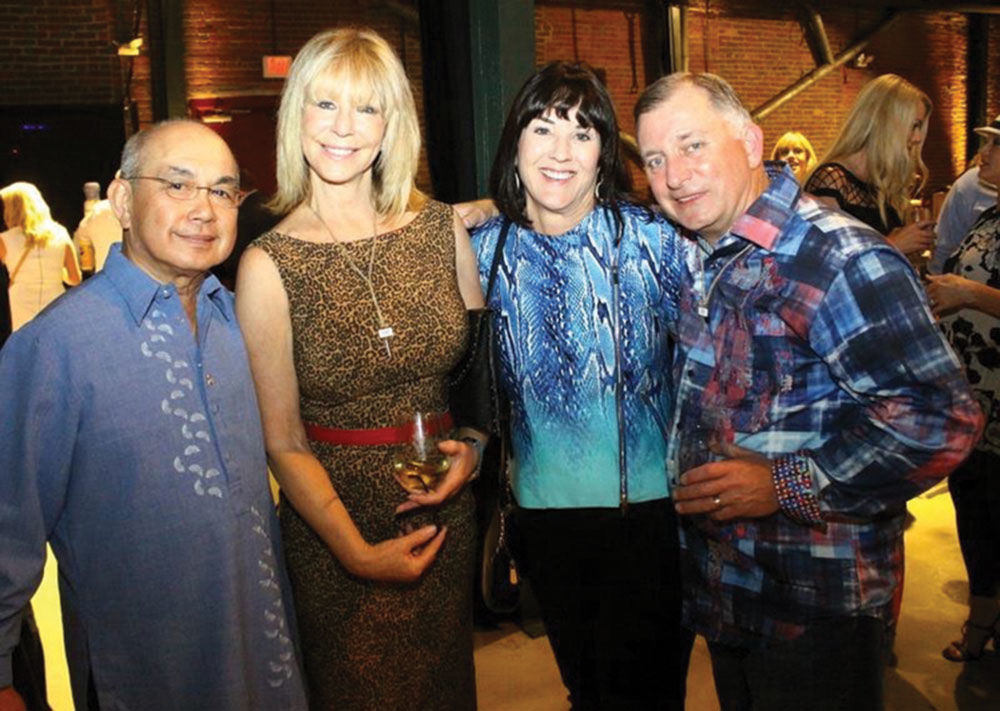 20 years touching lives "one bottle at a time".

A Vintage Affair turns 20 this year and the celebration is going to be “over the top” according to Ralph Drury, event founder.

For 13 of those years AVA has been a three-day event that included a patrons’ party, a casual night in the country and the main event.

“This year we felt it was important to focus on one big event,” said Carrie Drury, executive director and Ralph’s daughter.

The event will be in Liberty Hall at The Factory of Franklin on April 17. Since it’s the 20th anniversary, the theme is naturally, the Roaring 20s - a Great Gatsby party. The VIP lounge will be a Speak Easy open from 5:30-7 p.m. and the Main Event will be glitter and glitz, wine, food and fun from 7 - 11 p.m.

“We encourage Roaring 20s attire, but it’s not necessary,” Carrie said. “As one of our board members said, “This will be one event you will not want to miss in Franklin.'"

From its inception, the mission of A Vintage Affair has been “to hold the distinction of being the only charity for women and children in Williamson County that raises awareness and funds for those in most desperate need of help…one bottle at a time.”

Nestled into a comfortable chair in the conference room of the Drury Building, Ralph recalled the first event in 2001 - a wine auction held at The Factory to benefit Mercy Children’s Clinic - now Mercy Community Healthcare - a nonprofit agency that provided medical care to children who didn’t have access to health insurance. Its mission was the community, “not solely the government – should shoulder the burden of providing care for these children.”

At the time Mercy Children’s Clinic, which opened in 1999, was located on Ninth Avenue.

“I talked with Dr. Tim [Henschel, founder of MCC] about a fundraiser," Ralph said. “I like wine; I collected wine and had friends who collected wine. We decided to use wine to raise money for Mercy.”

Ralph called on his “wine-o buddies” for donations of a few bottles from their wine cellars.

“Their response was overwhelming,” he said.

The event, a wine auction with hors d’ oeuvres, even drew people from Nashville. The evening raised $50,000 - an unheard-off amount for a town the size of Franklin in 2001.

“I had no idea when we started this would go beyond the first year," Ralph said. “But it was incredible. I also knew I couldn’t continue to ask my friends to donate from their collections. If we were going to do this again, I had to find a new source.”

That new source came when Ralph’s love of wine and NASCAR races sent him, wife Kathy and friends Mike and Barbara Leach to California’s Napa Valley and a race at Sonoma Raceway. That’s where fate took over.

Race passes provided by longtime friend, Sterling Marlin, an early morning Bloody Mary at Steiner’s Tavern and a Harley Davidson motorcycle set the scene for a chance meeting and new longtime friendship with Sandra and John Fletcher and Dori and Dave Lang - which in itself is a story.

As the new friends settled into conversation, the subject turned to Mercy Children’s Clinic and Ralph’s quandary for the next fundraiser. That led Sandra, the manager of Pier 39 restaurant in San Francisco, who knew many of the 2,700 wineries in Napa Valley, to introducing Ralph and Kathy to several vintners. The Drury’s returned to Franklin with promises of cases of wine from a number of California wineries. Each year the number of wineries and of cases of wine have increased.

“To this day they probably supply 90 percent of the wine for the wine auction.” Ralph said.

Another chance meeting at a pool party spurred another idea - to add beneficiaries to the event. Two years earlier Linda Crockett, executive director of Bridges Domestic Violence Center, initiated the program but lacked a safe location to house those seeking safety from a violent situation at home.

“We needed a significant donor, Crockett said. “We didn’t have a facility, and we were having quite a bit of difficulty with the ability to purchase a facility.”

Being an opportunist, she used a pool party at Ed Underwood’s home “to spread the message and get people aligned with the mission.”

Her message resonated with Ralph. Bridges has been a beneficiary every year since 2002.

“A Vintage Affair was very instrumental in us getting our facility, and throughout the years to maintain it while meeting needs above and beyond,” said Crockett. “We did all that while maintaining our quality services without dipping into normal operating expenses.”

In 2003 AVA expanded its purview to include multiple beneficiaries screened through an application process maintaining the same focus - organizations serving women and children. That year CASA, Davis House Child Advocacy Center and Hope Clinic were added as beneficiaries.

Williamson Medical Center Foundation became a beneficiary in 2005 when the hospital was opening its Neonatal Intensive Care Unit. Before that time, premature babies were sent to Nashville and parents had to commute back and forth.

The first year, the Foundation received $90,000, which made a significant impact on the NICU. Since then, AVA funds raised have purchased all the specialty neo-natal beds in the unit, specialty cardiac monitors and more for the unit.

“Through their interest and the support of the community for the event, over the years, we have received more than $729,000 for equipment,” Smith added. “I can’t overstate the impact AVA has made for the parents and kids here. We can’t thank AVA enough.”

“Throughout the years AVA has done a lot of good for a lot of people,” said Ashley Roberts, former board member and AVA’s first executive director. “It’s a wonderful tribute to [Ralph] and who he is."

A Vintage Affair has undergone numerous changes since the 2001 wine auction with hors d’oeuvres. In the fifth and sixth year, there were the five nights of events including intimate dinners at area restaurants. In most recent years, three nights of events has been the format. While the number and specter of the event have changed, three constants remained steady - the wine auction, the mission to support women and children’s organizations. And the fun. Since 2001, AVA has contributed $2 million to women and children’s charitable organizations.

“Who would think meeting people in a bar in California would lead to relationships that helped AVA and this community,” said Carrie. “We couldn’t do it without the relationships dad has with other people. This is his legacy.”

Tickets may be purchased at www.avintageaffair.org. Check out AVA’s social media platforms and Facebook for more information.