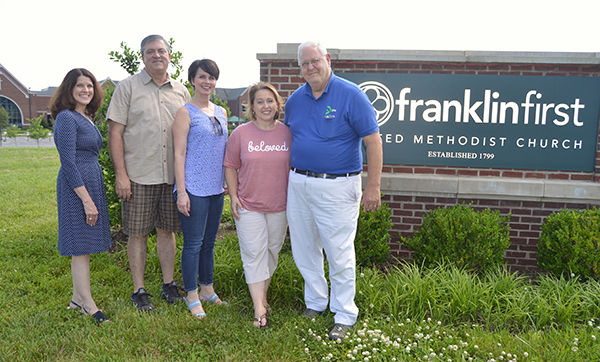 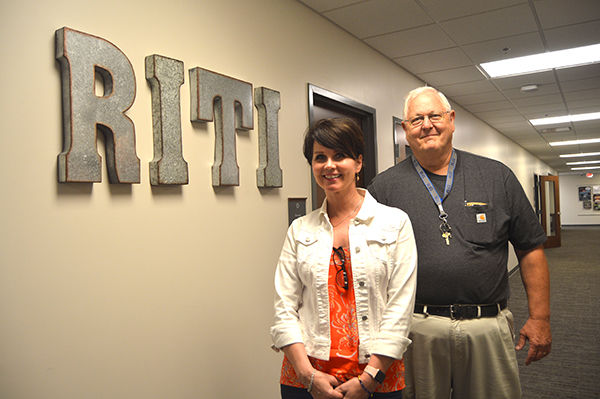 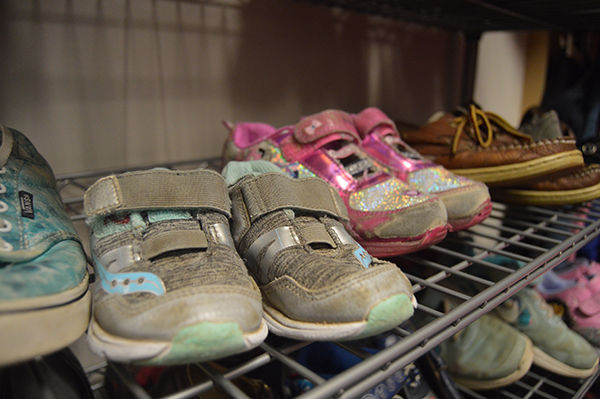 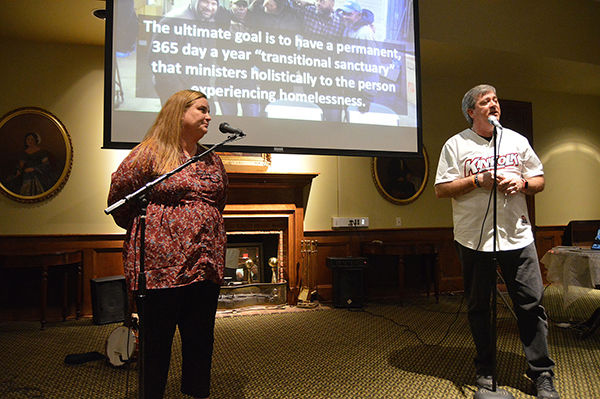 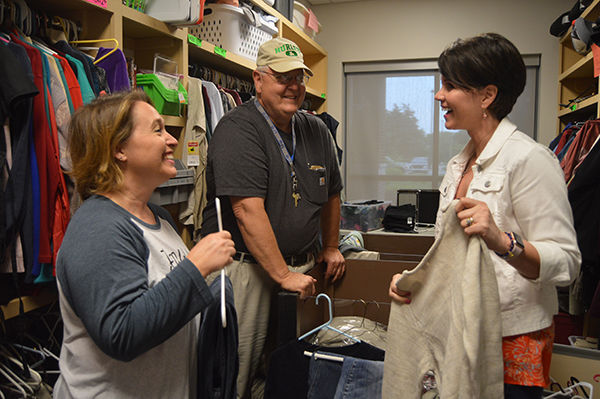 Pink and purple Velcro sneakers with glitter for a girl, and a blue pair adorned with a Spiderman emblem for a boy, lie in wait on a shelf, just in case they are needed at the newly expanded emergency homeless shelter at Franklin First United Methodist Church.

“Last year, a family came through with an infant,” said Barbara Layden.  “The child arrived as part of the church’s existing partnership with Nashville-based Room in the Inn.

“We keep diapers on hand in our toiletries closet. Many times, we do have families with children of all ages, who need a place to stay,” she said. “They are very thankful for our van services, too because they have to get up early and go to work or get the kids ready to catch the bus for school.”

Layden explained that, one night, a fellow volunteer had to excuse himself when tears welled up in his eyes after speaking with a five-year-old boy who was staying at the shelter overnight with his parents.

“He said the thought of that little boy and the family not having a place to go, got to him,” she said. “If they had not come to the church, they would have been out in the cold for the night.”

Layden said many of the occupants who have stayed for a night at FFUMC said if it weren’t for the church, they’d be under a bridge, in their car or on the street.

As Steve Fulton, shelter volunteer says, some think Williamson County is in “a bubble” without homelessness. But like Layden, he has seen differently.

Fulton also added that the label “homeless” should never follow someone forever.

“Many times it’s temporary,” he said. “We like to say that someone is experiencing homelessness. It’s really about the experience and not the person.”

The church has been serving the homeless for 30 years, mostly through the Nashville-based program Room in the Inn which includes a network of churches that house the homeless on select days of the week during the cold  from November through March.

The facilities at Franklin First United Methodist were built by careful design for those experiencing homelessness.

Layden herself has been a part of Room in the Inn program for 21 years, first at another church in Franklin and then for the past two years at FFUMC. Before that, couple Dan and Rachel Williamson headed the program at FFUMC, and it blossomed over the years to become a mainstay outreach ministry at the church.

Serving the homeless by design

After operating from its chapel in downtown Franklin, the church decided to build a second larger location at Mack Hatcher and Franklin Road. And the new building was designed specifically with space to accommodate guests of Room in the Inn.

The new facility is equipped with four sleeping rooms, two separate shower facilities for men and women and children, a clothes closet, a toiletry closet, a common area and a kitchen to feed those who come through.

No other church in the area has such facilities to operate as a shelter, and it fits seamlessly into the mission of WCHA.

The emergency shelter will operate much like the church’s Room in the Inn program which requires at least 20 volunteers to prepare and two attendants to stay overnight. A recent anonymous donation of $15,000 will get the emergency shelter started for this summer.

The WCHA formed because of the outcry from the community when light was shed upon the problem of homelessness in Williamson County.

The catalyst of forming a network of support was the community meeting held by the alliance at St. Paul’s Episcopal Church in February which drew over 100 citizens from across Williamson County and Nashville to hear about how to help. Riggs and other alliance members educated the room full of people about the problem of homelessness in Williamson County, told them about their goal of building a permanent shelter and asked for everyone’s help.

Alliance member and business leader Matt Largen, president and chief executive officer of Williamson Inc., said he felt “called to help people in need” in the community when he learned more about the issue. Williamson County homebuilder Gregg Elliott of Capstone Builders said his wife asked him to get involved and do something.

Franklin Alderman at Large Brandy Blanton, High Hopes special needs nonprofit development director, who is also a part of the alliance, emphasized at the February meeting that the alliance wants to help those in need with “no strings attached.”

Then, there’s Pastor Kevin Riggs of Franklin Community Church who has been on the frontlines trying to combat homelessness in the county for years. He has spoken out many times on the issue, but Riggs said sometimes he felt city leaders weren’t listening – that the magnitude of the issue was falling upon deaf ears.

“Homelessness in Williamson County is easy to miss if you aren’t looking,” Riggs said.

“Much of the homelessness in Williamson County stays hidden,” he said. “They don’t panhandle and many of them just walk the streets, so people don’t recognize that there is a problem.”

According to the most recent data, Williamson County Schools recorded 133 students as homeless, while Franklin Special School District recorded 109 for the 2018-19 school year.

In 2018, 18 individuals stayed in an emergency shelter in a warehouse at least one night, according to Franklin Community Church. GraceWorks Ministries served 220 people facing homelessness, while GraceWorks West in Fairview served 143 in 2017-18. Bridges Domestic Violence Center served 22 homeless women in 2018.

Ultimately, Riggs said taking these statistics into account, his best estimate is that there are 750 to 1,000 homeless people in Williamson County.

Although some do walk the streets at night with no place to go and no roof to claim, some of those experiencing homelessness are “couch surfers,” who migrate from friends’ and family members’ homes, live in their cars or stay at hotels periodically when they are able to come up with the money.

When representatives from the WCHA and FFUMC spoke, the church’s facilities seemed to align seamlessly into the alliance’s mission – to house those experiencing homelessness temporarily through an emergency shelter.

However, the alliance has an even bigger dream – to build a permanent shelter in Williamson County as a sort of “transitional sanctuary” as Riggs likes to call it, for the long-term to fulfill the holistic needs of people who walk through its future doors.

“This is a huge step toward a permanent shelter,” Riggs said. “This can fill the gap until we get something permanent.”

The ultimate goal of the alliance is to build the shelter in about two years and provide various services to help those experiencing homelessness to get back on their feet again.

According to Riggs and Largen, there has been an outpouring of support from the public for the alliance.

“Since February, I have gotten a call just about everyday from someone wanting to help or offer their services to help us,” Riggs said.

“It is important for the business community to be involved in the homeless initiative because we all have a responsibility to take care of people who experience need,” Largen added.

“I believe a community is ultimately measured by how we treat each other, and particularly those who are our most vulnerable,” he said.

Number one rule, to feel loved and

At FFUMC, several rules are attached to the clipboard when Room in the Inn is in operation, but Layden said the first one is the most important.

It reads: “Welcome! Our number one rule is that you feel loved and respected tonight.”

“It’s important to us that everyone who stays here feels valued,” she said.

Kerri Bartlett is a writer, editor and counselor, who has been covering the Williamson County and Nashville area for 10 years.