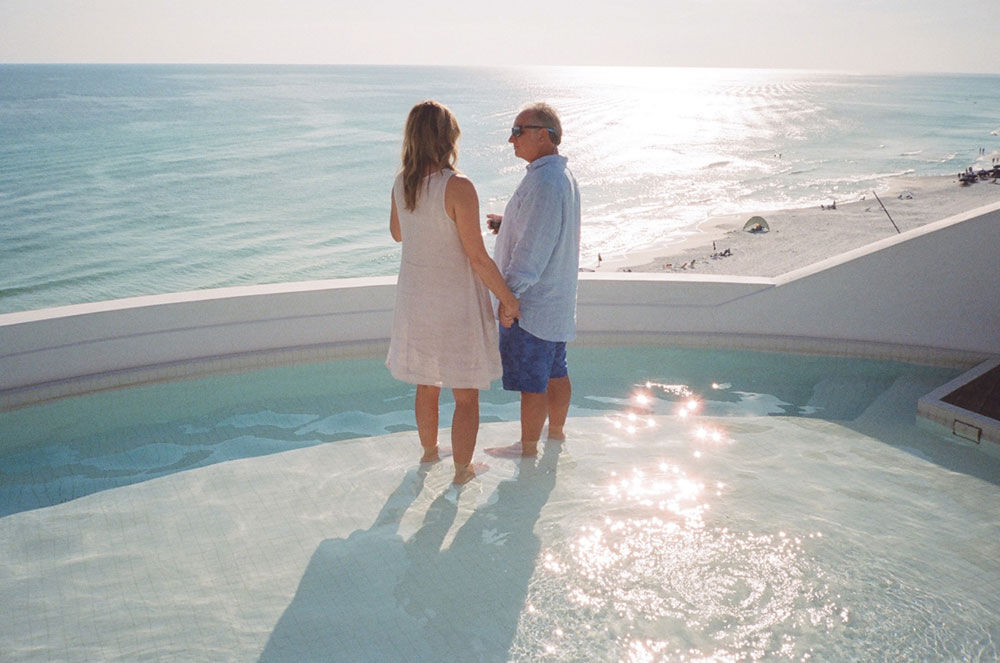 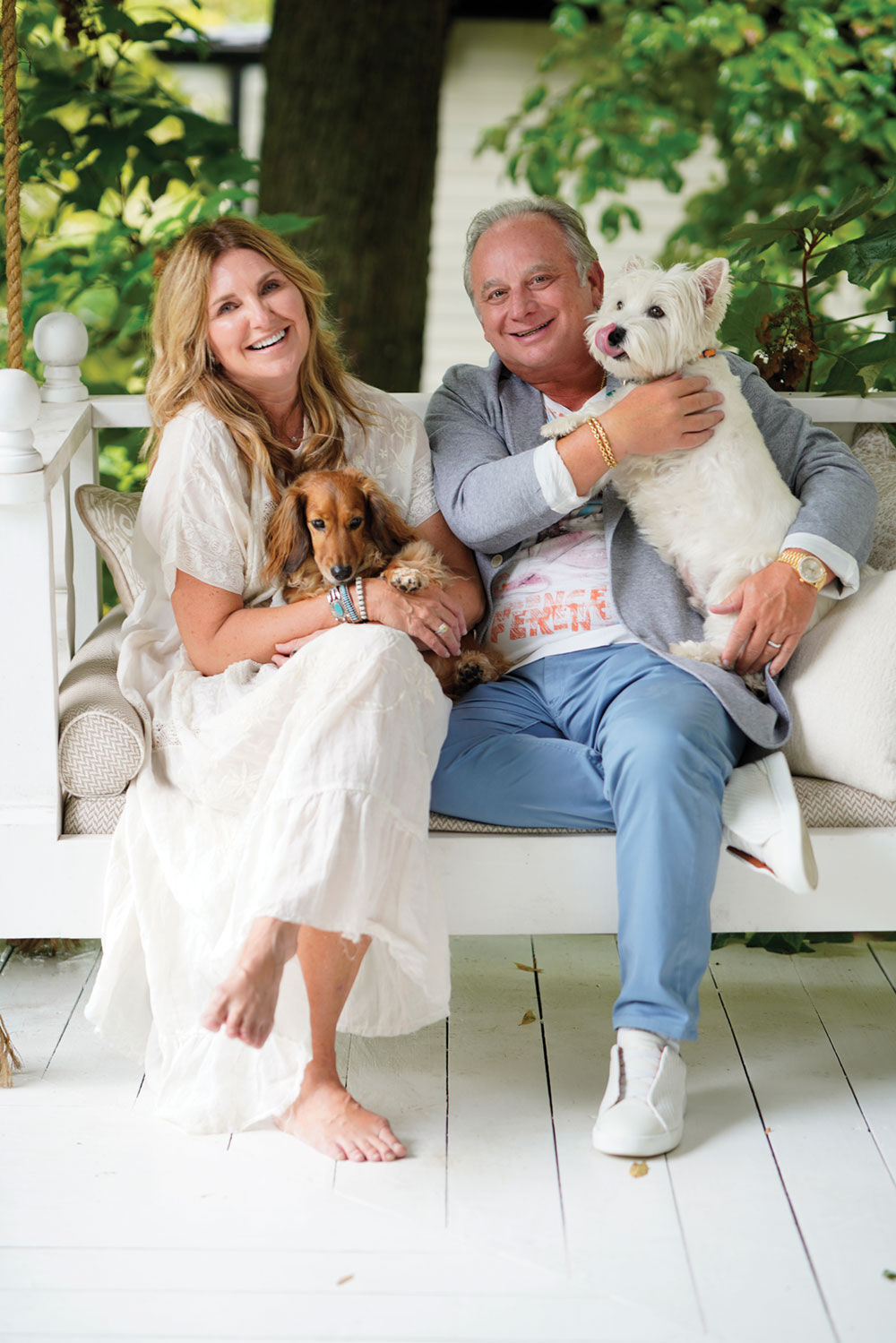 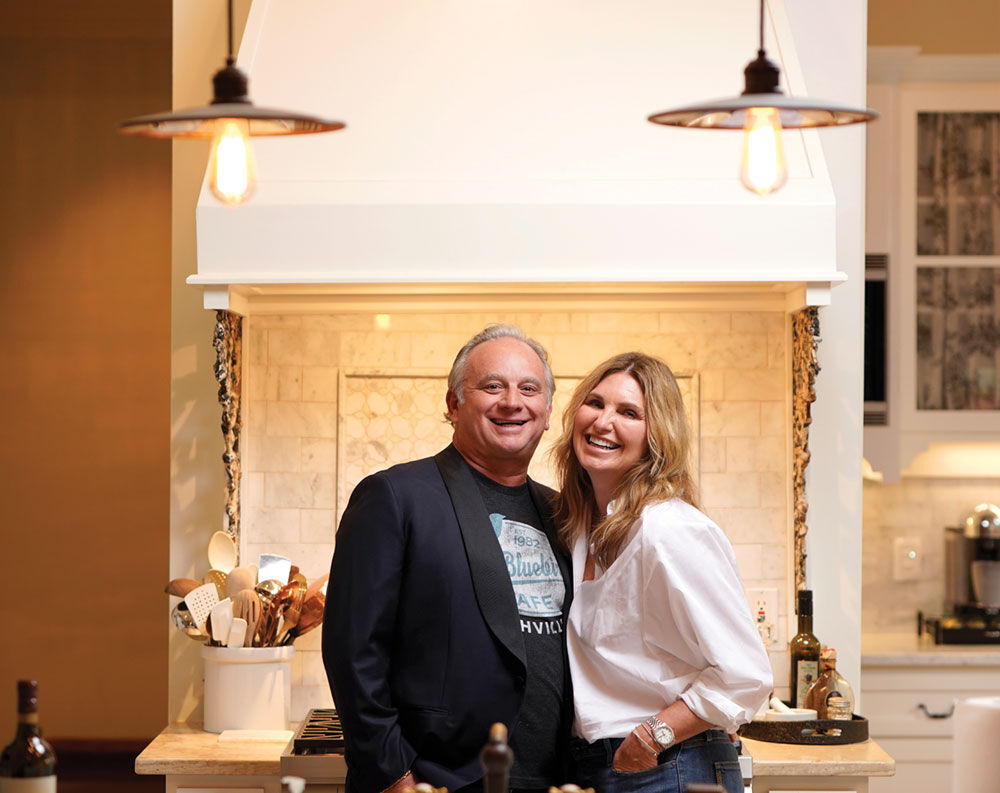 A Day in the Life: Chuck and JoEllen McDowell

Before you make any assumptions about Chuck and Jo Ellen McDowell, you need to spend an hour with them. Very few things about them are what you might expect.

Jo Ellen has impeccable fashion and design sense and gentle beauty that radiates from her kind and easygoing demeanor. Chuck put it best when he said, “she’s pretty to the bone.”

She also has the greatest laugh you’ve ever heard.

Chuck drives several high-end cars, owns a private airplane and the two just bought the most expensive home ever sold on the beach in Seagrove, Florida. But he’s also the same man who gave $50,000 to The Jason Foundation, a Hendersonville-based charity that had to cancel its fundraising golf tournament because of COVID – just because he knew they still needed the money.

Their social media accounts are part convertible Bentleys and private jets and part goofy selfies and reposts from charities they support and believe in.

Chuck was raised by his grandparents from age 12 and survived a very tumultuous and painful childhood. “If it weren’t for my grandparents, I’d be dead or in jail,” Chuck says. “After me and my sister went to live with my grandparents, my dad was supposed to come pick us up every other weekend, but he never did.”

Chuck now owns the wildly successful Wesley Financial Group, LLC, which has nearly 400 employees in Franklin and Las Vegas and was recently featured as one of Fortune Magazine’s 25 Best Small and Medium Workplaces for Women. In addition, the company won Nashville Business Journal’s Best Places to work in the large company category and won the #203 ranking in the Inc. 500 America’s fastest growing companies.

“I am an advocate for people who are lied to when they buy timeshares,” he said. “We also do credit repair, we have an insurance company and later this year or early next we are launching a mortgage company. We’re branding my hilbilly voice on the radio and television and using that to help promote our companies.”

But Wesley Financial Group is more than just a revenue generator to him. It’s personal.

“I went to work for Wyndham for a short period of time and realized the only people making money were lying in a criminal manner,” he said. “They sued me for 5.9 million dollars, which was 5.9 million more than I had at the time. But I wanted to fight for what I believed in and be able to help people. What they do to senior citizens is disgusting and I have a problem with that.”

The McDowells won that initial lawsuit, but others would follow. In fact, two more are pending right now.

“It’s been hell on me, hell on her and on our marriage. But we are fighting for the right thing and so far, we keep winning. It’s a God thing. He gave me the platform, I guess.”

A Migraine and a Bushwhacker

Chuck and Jo Ellen have known each other for 30 years; but didn’t date until 2011 and just celebrated their eighth wedding anniversary last month.

Even eight years in, they still act like newlyweds. They ask for a four-top table at restaurants so they can sit beside each other. They finish each other’s sentences and they make each other laugh – a lot. Chuck bought Jo Ellen golf clubs so he wouldn’t have to play golf without her.

Chuck was raised in Mt. Juliet and Jo Ellen grew up in Lebanon. Both went to MTSU, but that’s where the similarities stop. Her upbringing, unlike Chuck’s, was peaceful and steady. “It was a sweet, Southern home life with grilling out and homemade peach ice cream and watermelon. It was just that kind of home,” she says.

She had stability. He did not.

He was enjoying a hefty spending allowance from his grandparents and admits he had a lot of friends and did a lot of stupid stuff. He later quit to start his own business. Jo Ellen, on the other hand, worked two jobs and was motivated to get her degree and “set the world on fire.” She would go on to have a successful career, much of it spent as vice president of event management for the Country Music Hall of Fame.

They went on about their lives – separately. Then, 30 years later, they ran into each other at, of all things, a fraternity reunion party in downtown Nashville. Chuck had been married previously and was engaged to another woman at the time. Jo Ellen was single.

“I was going to take my fiancée to the party, but she had a migraine that night, so I ended up going alone. And Jo Ellen was there. A bunch of us started talking about this drink called a Bushwhacker. Jo Ellen had never had one, so we all went to another bar to get one.”

This is where the story gets good and has varying versions, depending on which McDowell is telling it. They then share a playful exchange about who kissed who that night.

“We were talking and the next thing I knew, she kissed me on the cheek and we were holding hands,” Chuck remembers.

“You know that’s not true!” Jo Ellen says of Chuck’s version of the story. “I was shocked when he kissed me,” she says, laughing.

The result of that night was a broken engagement, a dinner date and a U2 concert. All within the next five days. Jo Ellen initially expressed her concern about going to dinner with this man to her college-age daughter who responded, “I think you should go.” It was at that first date where the two got so engulfed in conversation, they looked up at one point and realized everyone was gone and the chairs had been put on top of the tables. Up to that point, neither had noticed.

“It’s a God thing,” Jo Ellen says. “We weren’t allowed to get too close to each other in college because it wouldn’t have worked then.” Chuck concurs, adding, “If we had dated in college, I would have acted like an idiot.”

Instead, this time around, he acted like a teenager experiencing his first girl crush.

“I picked her up that night and told her I was nervous,” he said. “I hadn’t ever been nervous on a date. Ever. And I would have never admitted it if I was. I just really didn’t want to blow it.”

Turns out, that honesty and vulnerability would become one of Chuck’s most endearing qualities in Jo Ellen’s eyes.

A Place to Call Home

Just a few years after marrying, the two settled on a farm in Fairview. It had almost everything they wanted.

“We had eight acres and I had a big garden and chickens and it was so great,” she said. “But there just wasn’t any sense of community there. We wanted to be someplace we could get involved in something bigger.”

After seeing their current home in downtown Franklin for sale online, Jo Ellen began having dreams about it. Vivid dreams. She mentioned them to Chuck and after walking through the home, Chuck said to their Realtor, “Don’t let me lose this house.”

Although they’ve only been Franklin residents for three years, the two have jumped in, made friends, gotten involved in charities and settled right into the Franklin culture. Jo Ellen worked with the Heritage Foundation for a season as director of the Heritage Ball and corporate relations, and says she met so many people during that time.

The McDowells have since become supporters of the Heritage Foundation and its annual Heritage Ball, and have sponsored an art gallery at Franklin Grove Estate and Gardens. They are also involved with other non-profits such as Franktown, Williamson County Animal Center and Studio Tenn.

Chuck is proud of his involvement with Friends of Franklin Parks and the Park at Harlinsdale Farm. The McDowells have sponsored the office and a stall at the Barn and have made a contribution to refurbishing the Hayes house. Chucks great grandfather was in the horse business, so Harlinsdale has special meaning for him.

And when Chuck makes a sizeable donation to a charity, his name will be on it. But once again, that is a decision not driven by arrogance, but by humility.

“Some people say you shouldn’t put your name on a donation, but I think I should be. Because when people see ‘Chuck McDowell’ on something, people will say ‘if Chuck McDowell can do this, I can, too.’ I think that’s important.”