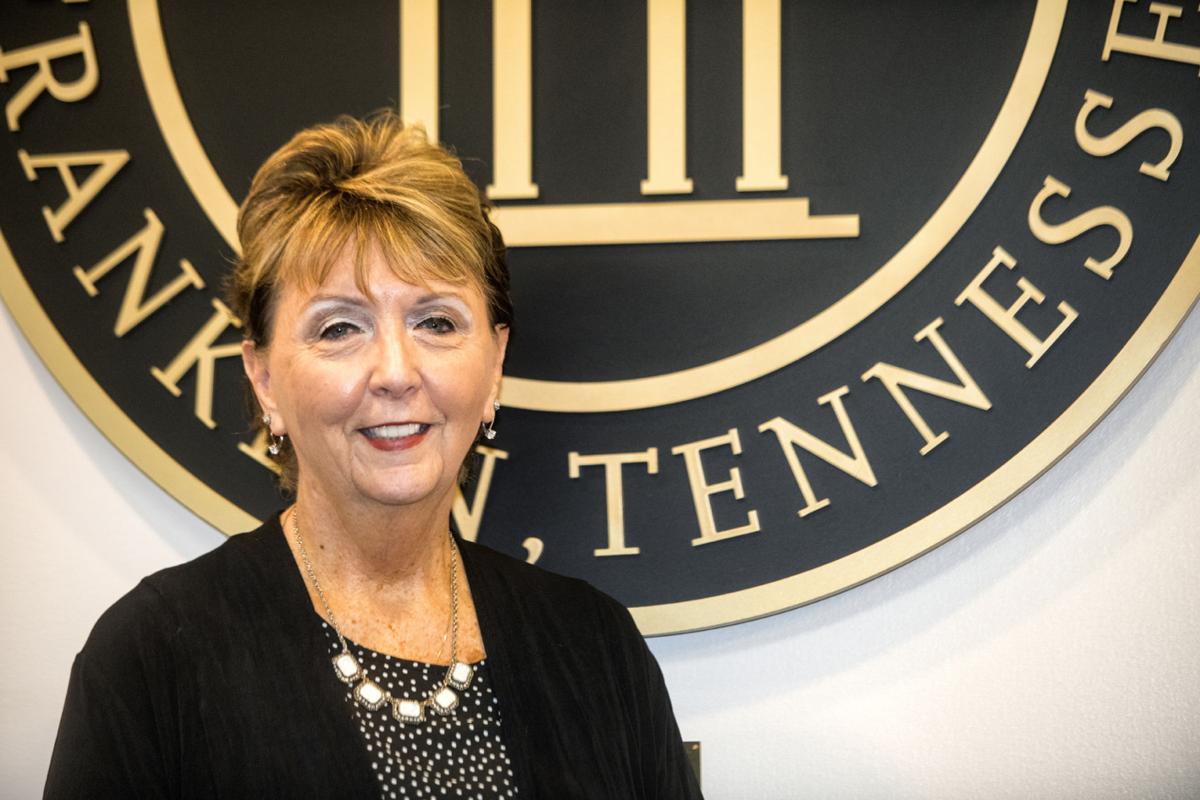 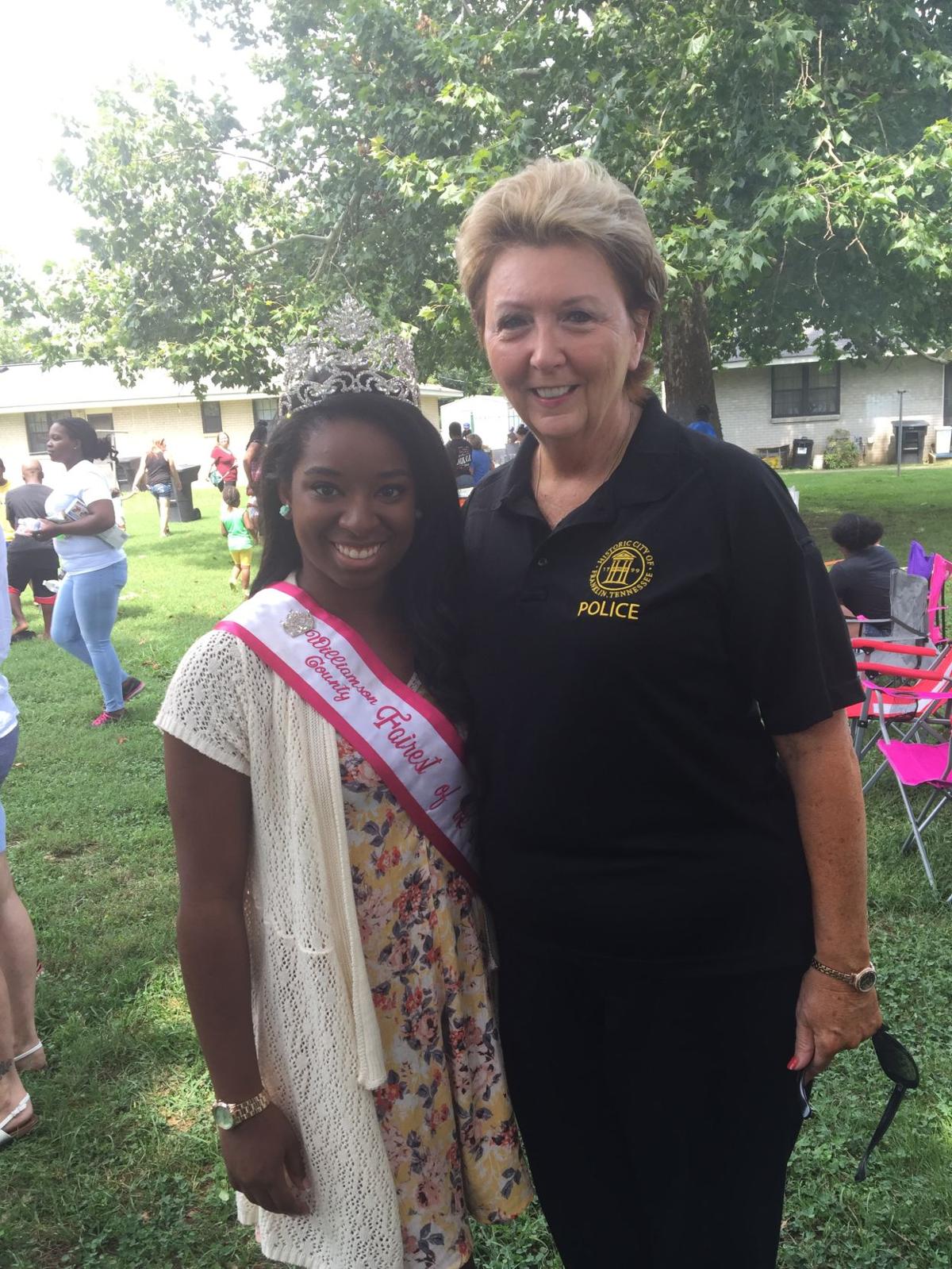 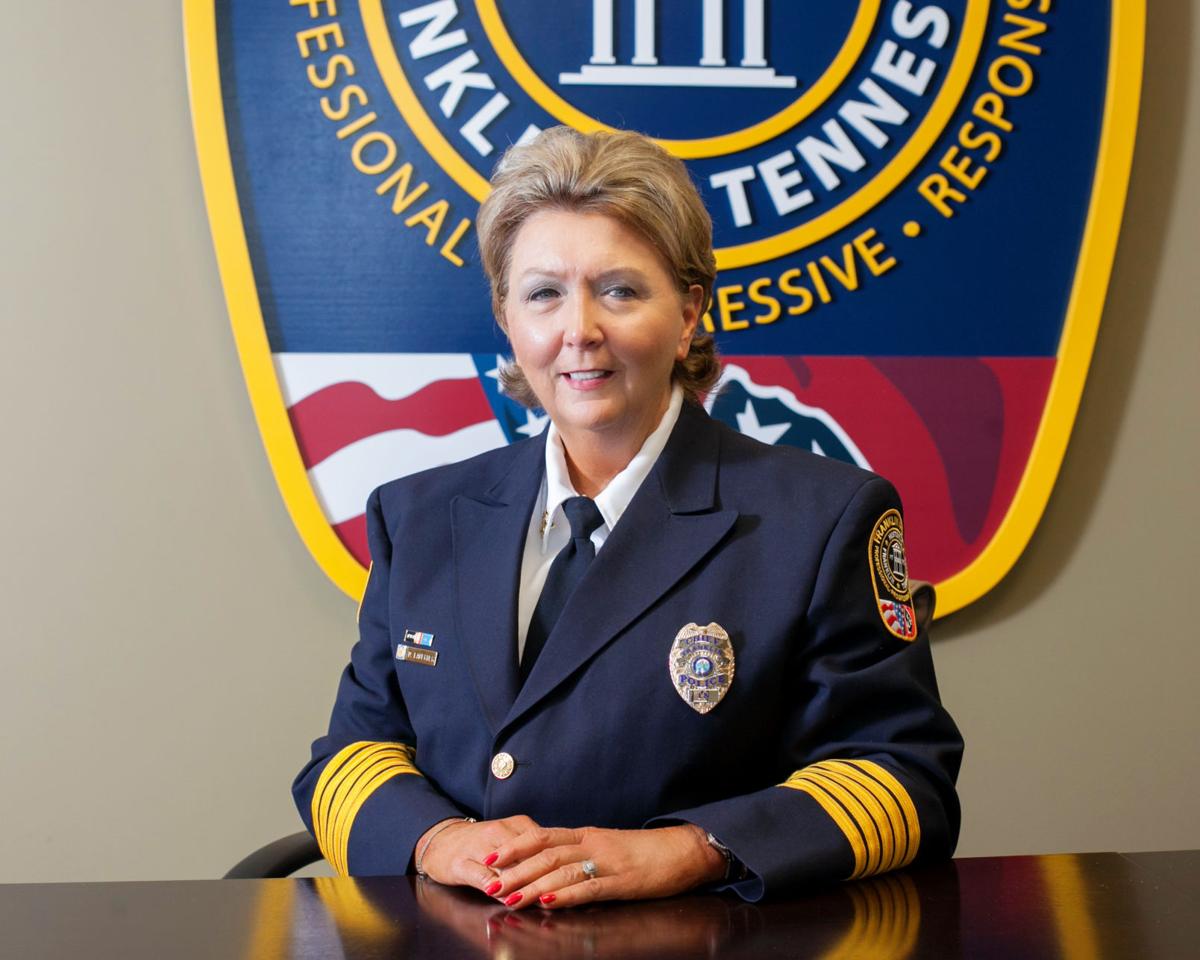 As another busy day begins to wind down, Franklin Police Chief Deborah “Deb” Faulkner has a routine to prepare for the next day. She double-checks her calendar, catches up on email and just generally makes a mental checklist of what’s coming down the pike when the next dawn breaks.

But just like that, her meticulous planning can all be for naught.

“You can prepare for the next day to a certain extent, but at a moment’s notice it can all change,” Faulkner says from her office at the Franklin Police Department on Columbia Avenue. “But that’s the way it needs to be.”

“I have my radio running most of the time and I’m monitoring, listening to what [the Franklin Police officers are] involved in and what’s going on in our city. And that can very well readjust my day based on what’s going on out in the field,” she said.

Suffice to say, there is really no typical day for Faulkner, who has headed the Franklin Police Department for nearly four years and was previously a member of the Metro Nashville Police Department for over 30 years. She worked for the state of Tennessee as Inspector General before joining the Franklin Police as deputy chief in May 2014 and then as chief of police four months later.

Though much of her time may be spent in her office at police headquarters — handling the daily administrative tasks, pouring over reports, studying the skills and experience of job applicants — Faulkner says she’s most effective when she’s representing the department in the community.

“Presentations are important,” she says. “Anytime I’m invited, I’ll be there. We think it’s very important for us to be a part of and not apart from the community. That’s a way to do some outreach and keep the public informed. I think that’s a huge piece of my job, to let the citizens know what their police officers are involved in. And it’s good for us to have that sort of positive contact, the customer service part of our job.’

“I tell our officers all the time that’s part of their job, too. If you’re invited to come to an HOA meeting or something at a church, or if you just see some kids on the block, stop and talk to them, let them to get to know you as a human being and not just as a uniform. I think that’s extremely important,” said the veteran officer.

In these more turbulent times, of course, a large part of Faulkner’s engagements with communities has to do with making them safer. She and others in law enforcement are often called upon to help formulate plans on dealing with active shooter situations and other means of crime prevention.

“Preparedness is important, and every day I think about the possibility of something occurring in our schools, our malls, our churches, all the places that have been very vulnerable,” Faulkner says. “We come back and discuss it, and [look at] any weaknesses we need to address. So I concentrate on that every day.”

Not surprisingly, Faulkner’s concentration is also hugely centered on the wellbeing of the nearly 150 men and women who make up the Franklin Police Department. She says it’s something she wrestles with every day, “making sure my officers have everything they need to do their job, whether it’s vehicles, equipment, uniforms, training,” she said.

“Something we’re very much focused on now is health and wellness, to make sure I don’t start seeing fatigue [among the officers], to ensure they have everything they need to keep them safe, so that they go home to their families. That’s a responsibility that I carry every single day,” she said.

Though her days leave little room for pursuing leisure activities, Faulkner says she embraces any down time she might have, especially when it involves fresh air. She loves gardening, and to that end completed the Williamson County Master Gardener program. She has also taken to fly fishing in the past, and hopes to one day rekindle her affair with golf. And the welcome-home greetings she receives from her Chinese Pug puppies, “Buckshot” and “Darcy,” are priceless.

Regardless of whether Faulkner is at work or at play, she says she is grateful to be living in a place like Franklin.

“This is a very supportive city,” she says. “We are truly blessed to have the support of not only our government entity, but also of the citizens that we serve. We don’t take that for granted.”

“Everything I love about an area is represented here,” Faulkner adds, “lush green countryside; serene gardens and lawns; homes that people take great pride in; a respect for culture and what makes us all special; history; a strong spirit of patriotism and love of God and country; and how everyone sincerely cares about each other. I am thankful for all of this and I am sworn to protect it.”

John McBryde is a staff writer and copy editor for the Williamson Herald. He can be reached at 615-545-6926 or john@williamsonherald.com.

I am very inspired from the working of Deborah Faulkner and she is a very talented and hard working woman. I hope the college paper org also write some good notes about this and shared with the students.