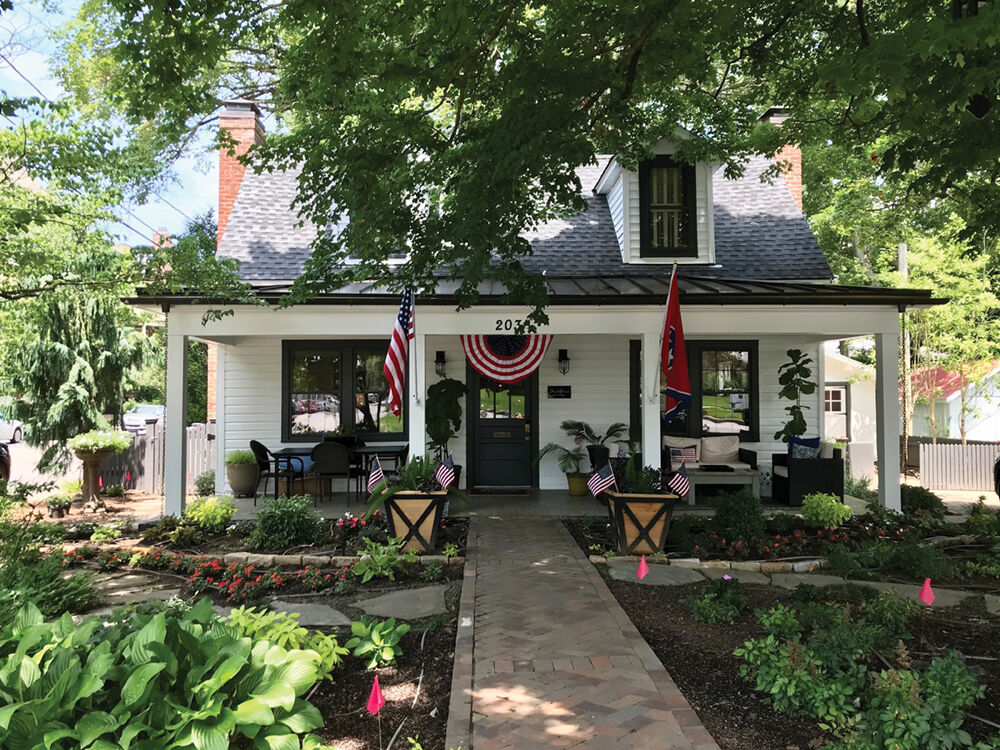 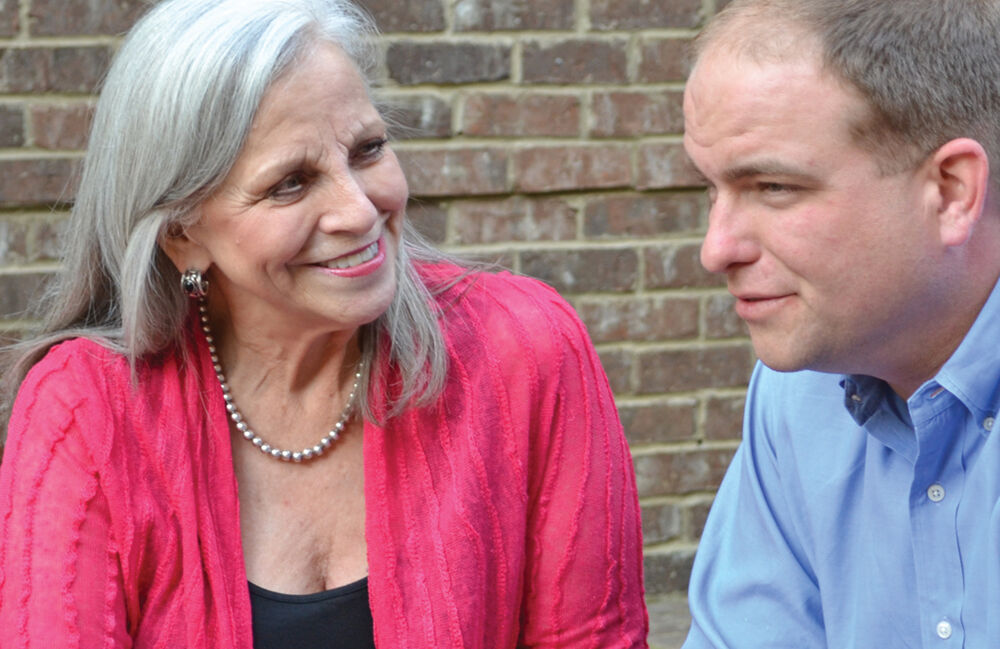 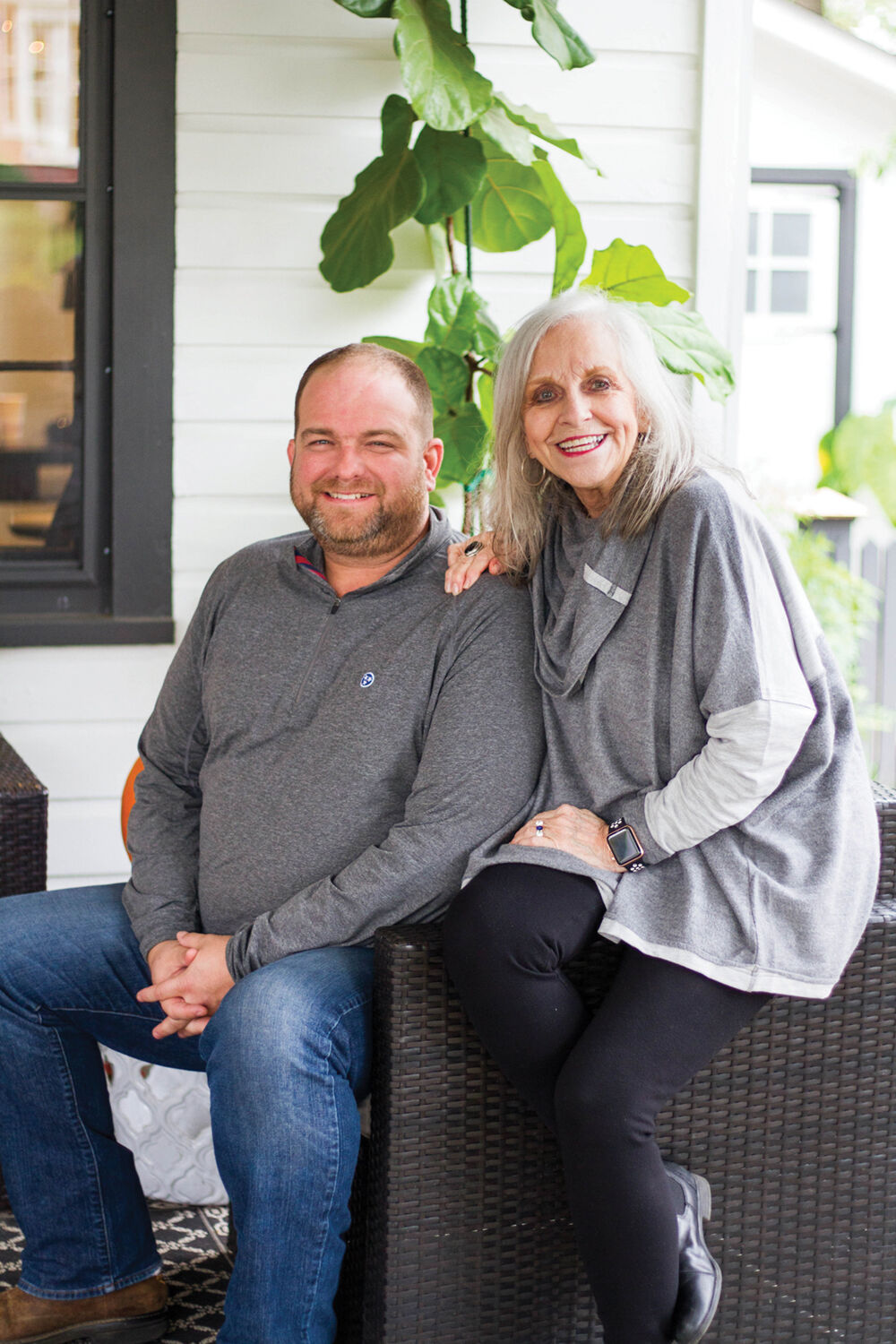 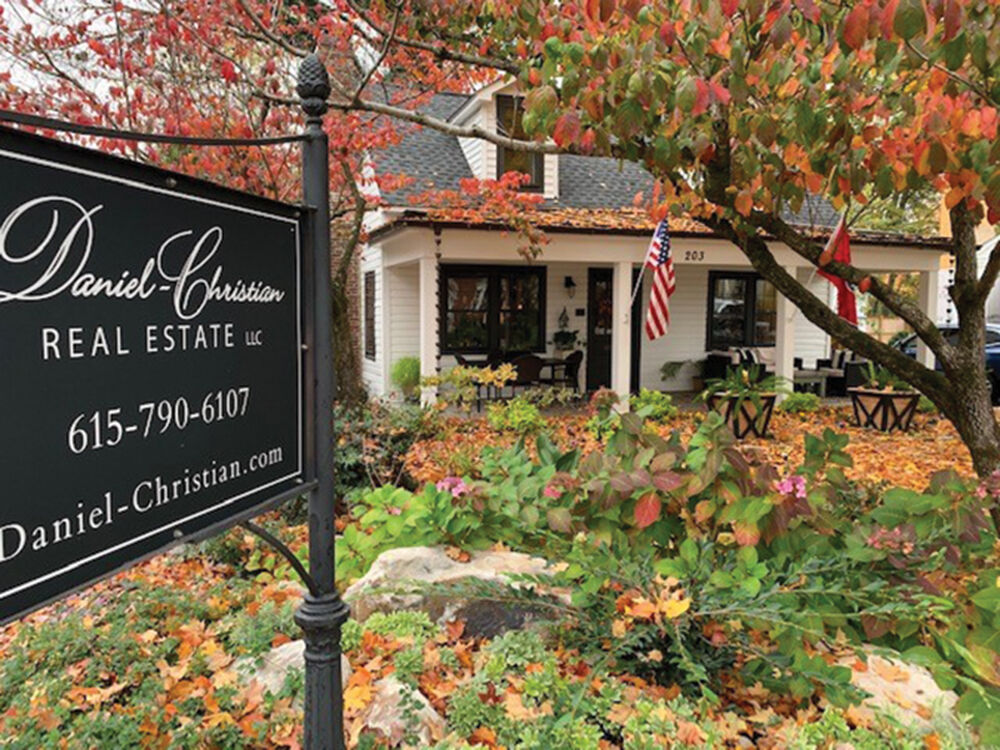 Sixth generation Franklinite Dianne Christian has been in the real estate business for 36 years. Her son, Matt Daniel, has been a licensed Realtor for more than 18 years. Together, they run a boutique firm that serves both buyers and sellers.

And they have just moved into new digs on Second Avenue in downtown Franklin, directly across the street from Gallery 202. The move wasn’t far, just over from Bridge Street.

“We have more space and space we actually like better than we did on Bridge Street. In that building there were two other tenants, here we have the entire space. We have a lovely courtyard that is perfect for meetings in good weather. We’ve even had a small wedding there,” she said.

Christian got her first taste of real estate early on. “I spent a summer during college working at a real estate office. Little did I know then that I would end up in the business,” she laughed.

Besides a 12 year stint as owner of a women’s clothing shop, The Cottage, in downtown Franklin, she has thrown herself into real estate with a true passion for the business.

“I was in my 20's when I worked as a secretary/receptionist at a real estate office. At that time most REALTORS were men in their 50's. The few female REALTORS were involved as a second income. Their husbands were doctors and lawyers or successful businessmen. They did real estate pretty much for the fun of it,” she said.

“But once I was licensed, I went in full bore. As a single mother, I wasn’t in it as a hobby, I was in it to support my son and myself. I built a house in Fieldstone Farms for us and became acquainted with everyone I could. I realized the neighborhood offered opportunities for sellers and buyers,” she said.

The sprawling neighborhood, which now has grown to 2,000 homes, was a key part of her early success in the business. Over the years, she has sold some 700 homes in Fieldstone.

And across the decades, she built three homes in there. She knew her neighbors and they knew her. The development on Hillsboro Road is still a cornerstone of her business.

“But Matt and I serve buyers and sellers all over Williamson as well as in Green Hills, the Gulch and East Nashville. I sold five houses in Murfreesboro this year. We serve a wide market, but of course, we love being the agents for Franklin. I was born in the Dan German Hospital, and Matt is seventh generation Franklin. We know all our markets, but particularly here in Franklin. We are a boutique agency,” she said.

Her own company was The Dianne Christian Team. It was her identity and the name that drew in many clients and referrals. She has been a staple in the business. Her son had lived real estate by osmosis, so once he graduated college, he knew the path he would follow. And with whom.

A few years ago, the mother-son became full partners. They renamed the firm to Daniel-Christian Real Estate to keep her identity in the mix and make Matt prominent in the new name. They’ve rebranded themselves but are the same pair of professionals dedicated to their business.

Matt said working with his mother is a pleasure.

“We get along well, we both work hard, and work in similar ways. We co-list every listing. We both know all about it, the details, and if one of us is out of town or not working, the other can pick right up and serve the client. We have a key thing going for us, trust. We trust each other unconditionally. Co- listing serves our clients well. They can call either of us,” he said.

And unbelievably, in these Covid-19 times, real estate is a strong market. While other businesses and industries have struggled, home sales have surged.

“Our business is up 20 percent,” he said. “Real estate in general is up everywhere, but it sure came as a surprise to us. “Homeowners, many of whom now work from home and school their children at home, realize they need more space for two offices and a school room setting. They are going to larger homes. And the open floorplan that has been so popular isn’t working so well with the way we now work and school. Buyers are looking back to homes with rooms, where they can separate,” he said.

The REALTOR said the casual lifestyle most live offers buyers an opportunity to use the rooms in different ways.

“Some turn the formal dining room into an office, or bedrooms into an office or schooling area. We are all adapting the new ways to live, from eating out often, to eating in or picking food up. We’re at home more now, so that home needs to fit our current needs.”