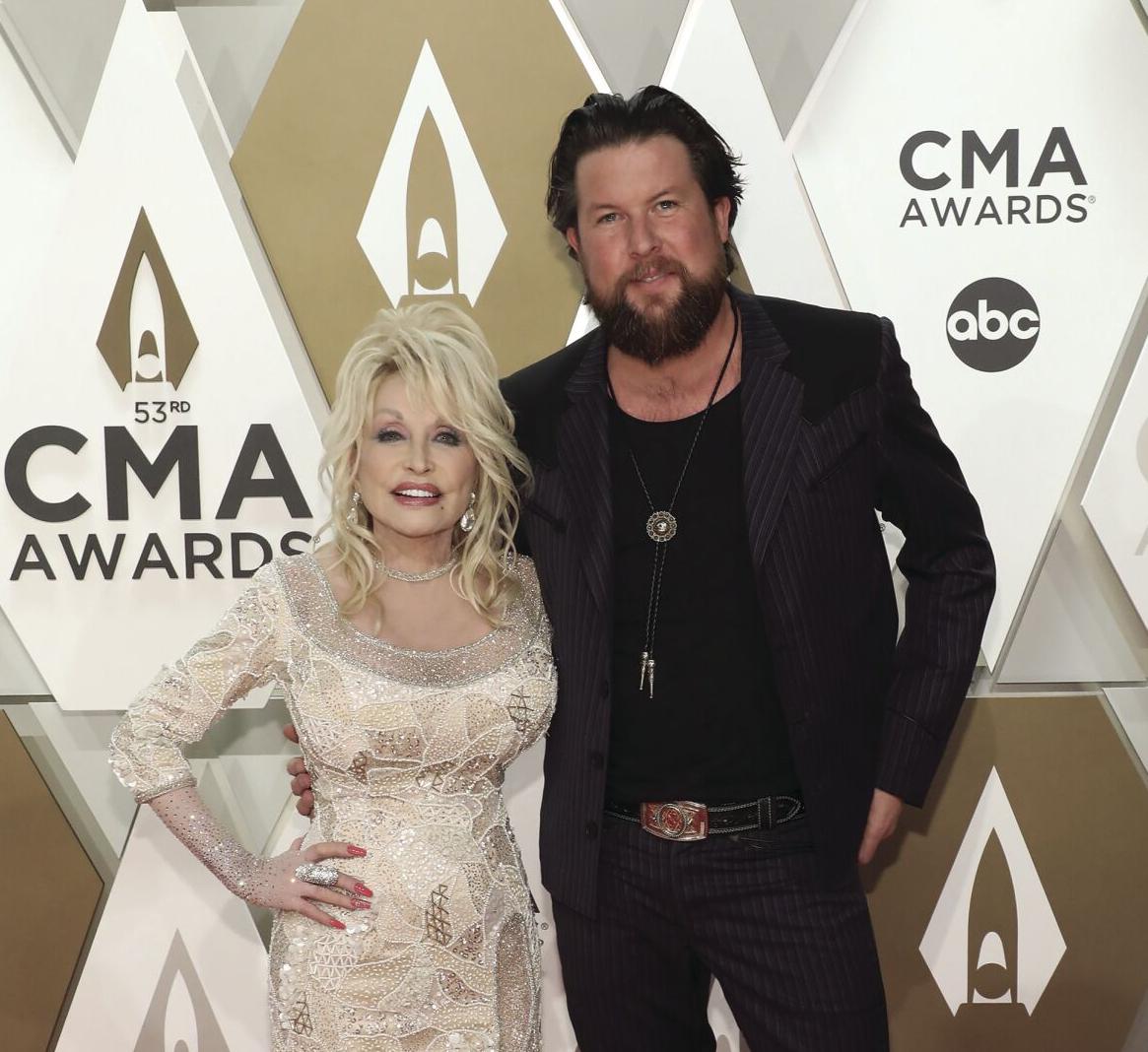 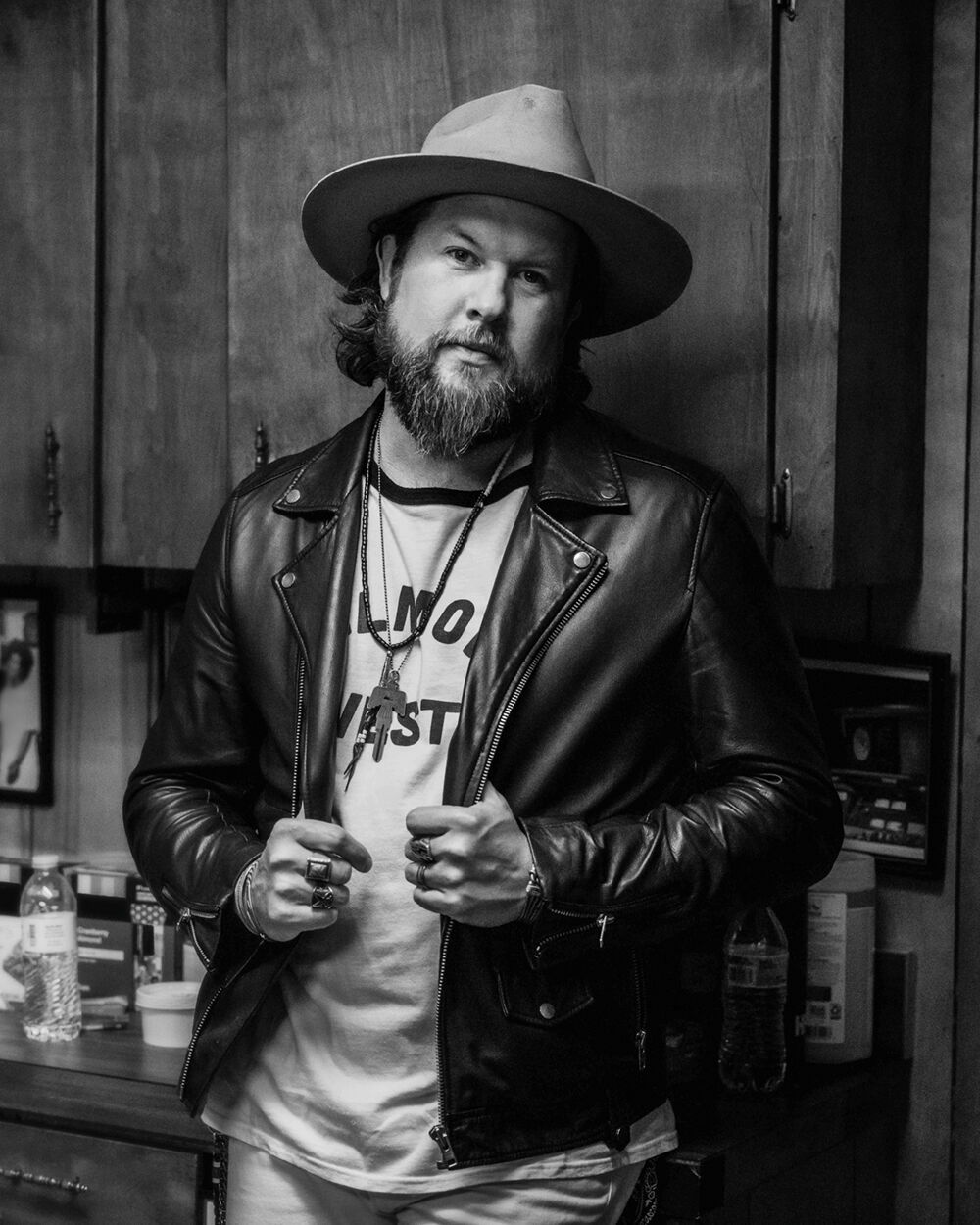 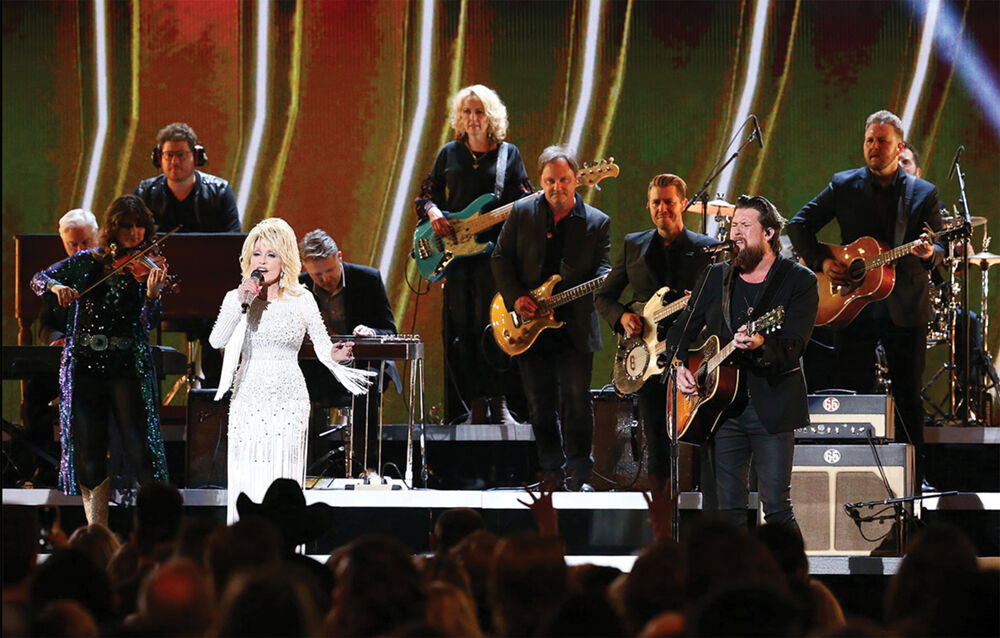 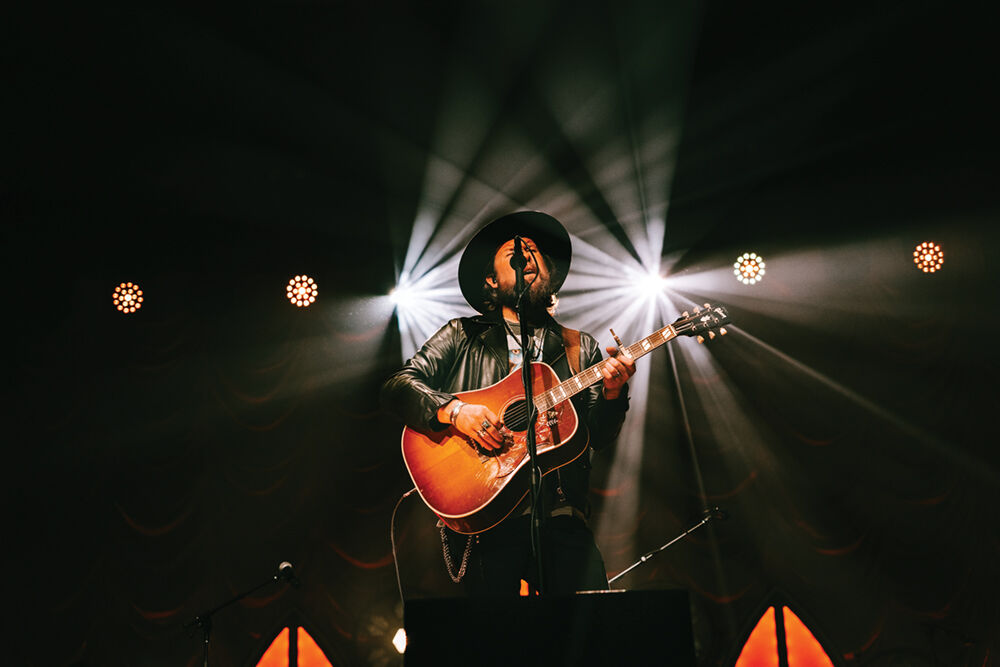 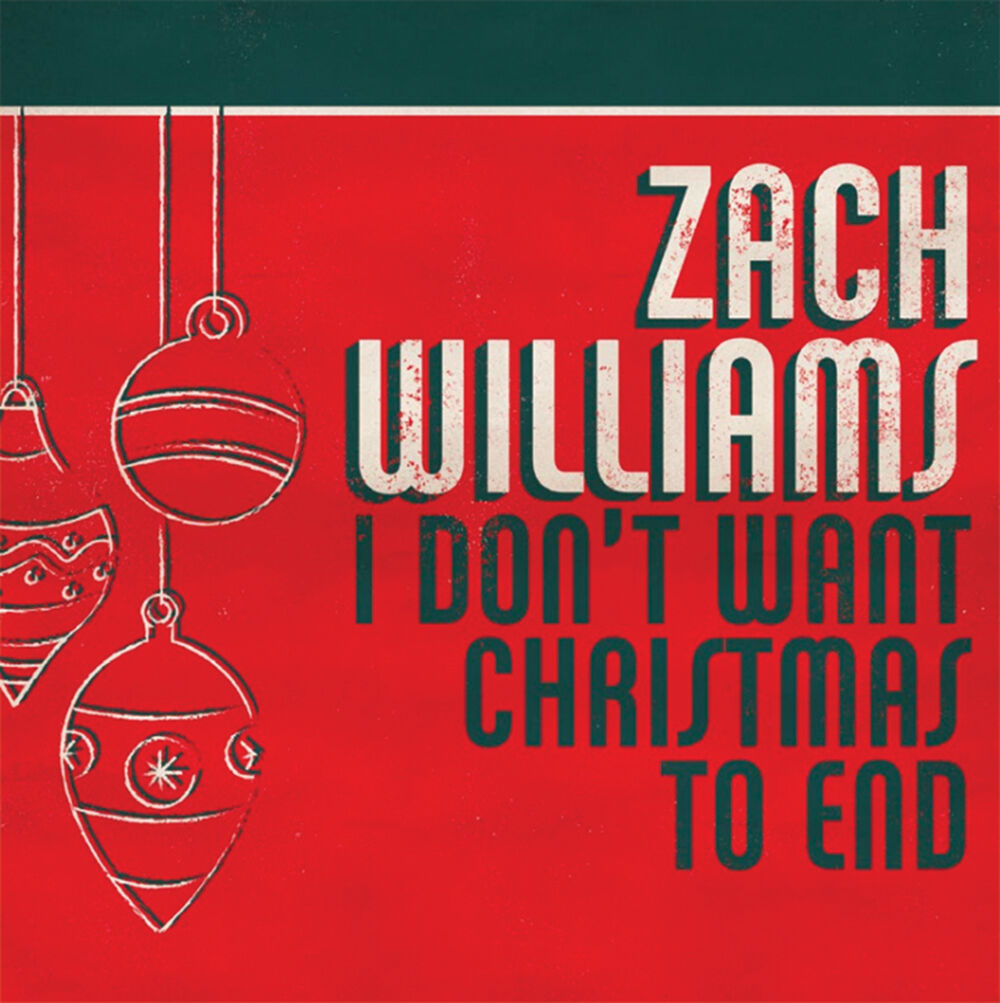 When Dolly Parton looks you in the eye and says she believes you’re going to win a Grammy for a song you just recorded, it’s a moment that sticks with you.

And it did just that for Zach Williams after recording his 2019 Grammy award-winning duet with Dolly, “There was Jesus.”

“I didn’t know Dolly personally,” Williams recalls. “I obviously knew her music. My grandparents and mom and dad listened to her music. Originally, when I got the song back, we had a girl sing background vocals on it. The girl’s voice reminded me of Dolly Parton.”

The thought of pitching it to Dolly was floated around, but he had no expectations.

“We shot for the moon, and she agreed to listen to the song,” he recalls. “She said it was a godsend and championed it from day one.”

Dolly was gracious with her time in the studio, because she really wanted to serve the song well. The textures of their voices — his gruff and edgy, hers softer and lilting — brought an added element that only enhanced an already lyrically powerful song.

“She knew how important the song was to me and to God,” Williams says. “She was just awesome. She said, ‘You’re going to win a Grammy.’ She told me I reminded her of Kenny Rogers.”

Williams and Dolly had the opportunity to perform the song at the 2019 CMA Awards show. Crowd standing, musicians playing — it was one of those moments that most musicians dream about.

Williams grew up in a Christian family in the small town of Jonesboro, Arkansas. He turned 18 and will be the first to tell you he was someone who thought he knew everything. He made some wrong decisions during his senior year in high school and got in trouble for drugs. He ended up dropping out of school, lost two Division I basketball scholarships and went to work for his dad’s construction company with the full feeling that he had blown it.

“I worked for my dad for a year and then became a walk-on for the basketball team at a junior college,” he says. “The day before the first game, I tore all the ligaments in my ankle and redshirted my freshman season.”

That first year in college, Williams taught himself how to play guitar. He fell in love with music and the idea that you could document seasons of your life in it. So that’s what he did.

The music opened up doors, and Williams thought he was going to become a big rock star, but it also opened the door to some dark paths in his life for about 15 years. He lived full speed, 110% all the time and struggled with anything and everything. He’ll be the first one to tell you that, too.

A few years later, in 2012, after he’d gotten married and was expecting a child, Williams was preparing to go on tour for a month in Europe with a band he was in. His wife told him that she couldn’t keep watching him try to kill himself. If he couldn’t make some changes, she was out.

It was a life-altering moment. Williams made life changes, heart changes, musical changes. The trajectory of his career changed.

Williams eventually moved to Nashville, where he and his family have lived since just outside of Franklin.

With his wife, Crystal, and their four kids, ranging in ages from 23 to 9, Williams is a busy guy these days.

Now a two-time Grammy winner for his monster Christian hit “Chainbreaker” and the duet with Dolly, Williams’ career and testimony have spoken to listeners for years. With that success, he’s doing something he’s always wanted to do: he’s releasing his first full-length Christmas album, “I Don't Want Christmas to End.”

Featuring his self-penned title track and classics “Christmas Time is Here” and “This Christmas,” Williams has fully embraced his Southern roots, going all out with his Southern rock mastery on songs like “Merry Christmas Baby” and “Run, Run, Rudolph.”

The 10-track project, produced by Jonathan Smith, was recorded at the legendary FAME Studios in Muscle Shoals, Alabama. The iconic recording studio has seen some of music history’s most formidable artists record inside its walls, and there couldn’t be a better place to capture the soul-stirring vocals that Williams sings while giving him the nostalgic feeling he was hoping for.

“FAME Studios has a lot of history there. A lot of my musical influences have recorded there in past,” he says. “This Christmas record is no-holds-barred. No rules. I really wanted to record Christmas music that I wanted to play and listen to. I kept asking, ‘If we’re going to go there, then how do we make it feel like the Swampers (famed musical rhythm section from Muscle Shoals, Alabama) recorded on that project?’”

They compiled a list of favorite tunes, got familiar with the songs and dove in.

“We thought about how we could rearrange [the songs],” he says. “The whole vision was to make a nostalgic-feeling Christmas record, one that pulls at your heart strings. I wanted people to have thoughts like, ‘I remember this,’ or ‘This reminds me of this time.’

“We knew we wanted it to have a rock and roll edge, a Southern rock feel. That’s when we got the idea to go down to Muscle Shoals.”

FAME STUDIOS, where artists like The Gregg Allman Band, Aretha Franklin and Little Richard have recorded, is preserved in all its historic rock glory. Everything harkens back to the originals. It was a key component in capturing the sound for “I Don’t Want Christmas to End.”

“We got down there, and all the original gear is still there from the 1960s,” Williams says. “The original rooms, the original console — recording there really made the songs come alive even more than I thought it was going to.”

Recorded in the round, Williams and his band played their holiday favorites how they’d want to hear them. “White Christmas” became an Elvis “Blue Christmas” tribute, updated to Williams’ Arkansas and Tennessee roots. “Merry Christmas Baby” was reimagined as a Van Morrison classic. “Run, Run, Rudolph” became a Ray Charles-inspired piano rocker. “Mary Did You Know” became an entirely new song with its “Mustang Sally” vibe, as if it was recorded in the 1960s.

Every song, while instantly familiar, surprises with unexpected twists that still feel vintage. The title song, “I Don’t Want Christmas to End,” is an original.

“I wanted to write something that felt like it had been around for 30 years,” Williams says. “There is a mixture of classic favorites and others. I really wanted to take 'Mary Did You Know' — that always seems to sound more somber — and balance the tempo and message, give it a 'Mustang Sally' type of groove.”

When Williams is home, he loves his Williamson County digs, is a huge fan of good food and loves coming home from church on Sunday and cooking all day long. He’s a self-proclaimed foodie.

“My favorite little place is probably Arturo’s Mexican Restaurant in Spring Hill. Also love CIRCA. I love food. I love to cook anything,” he says with a laugh. “We’re always trying new recipes. We even have a chef on the road with us and provide a VIP meet and greet for people interested.”

He can’t wait to take these holiday songs and good food live on the road on his “I Don't Want Christmas to End” Tour. Featuring special guest Anne Wilson, the 11-city tour running through December will be an evening filled with music and fun celebrating the reason for the season.

With “I Don’t Want Christmas to End,” Williams has not only created a holiday album that brings a vintage Christmas vibe but also stays true to his artistry — equal parts fun and nostalgia with a dash of prayerful hope.

After so many twists and turns, Williams will tell you, “God’s timing is always perfect.” And now is just the perfect time for Williams to shine.