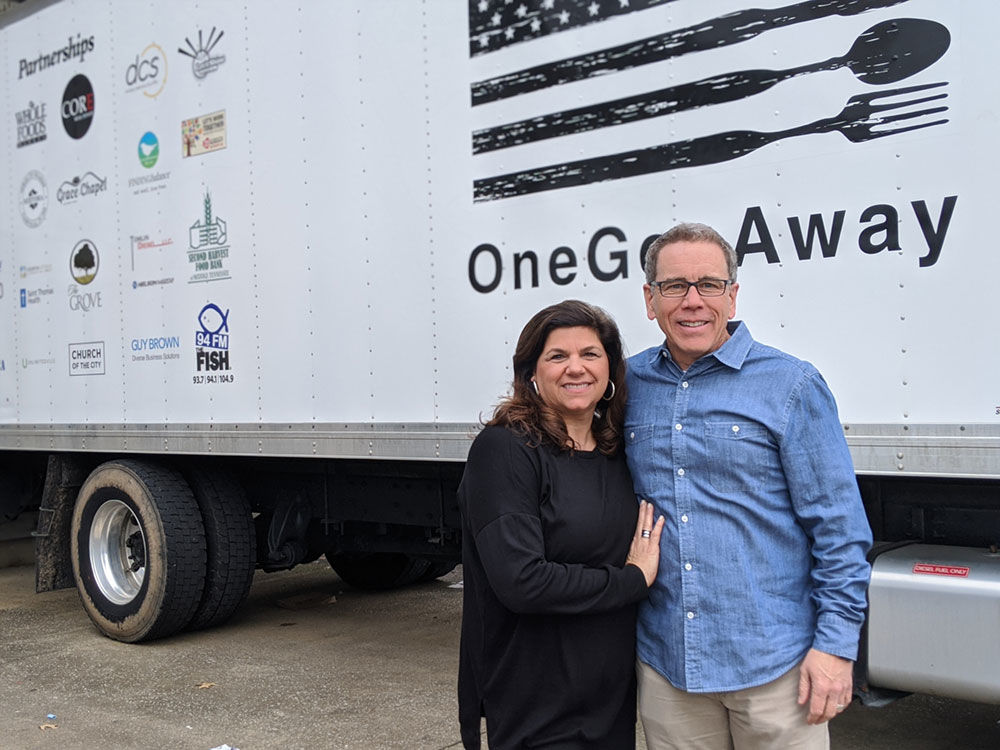 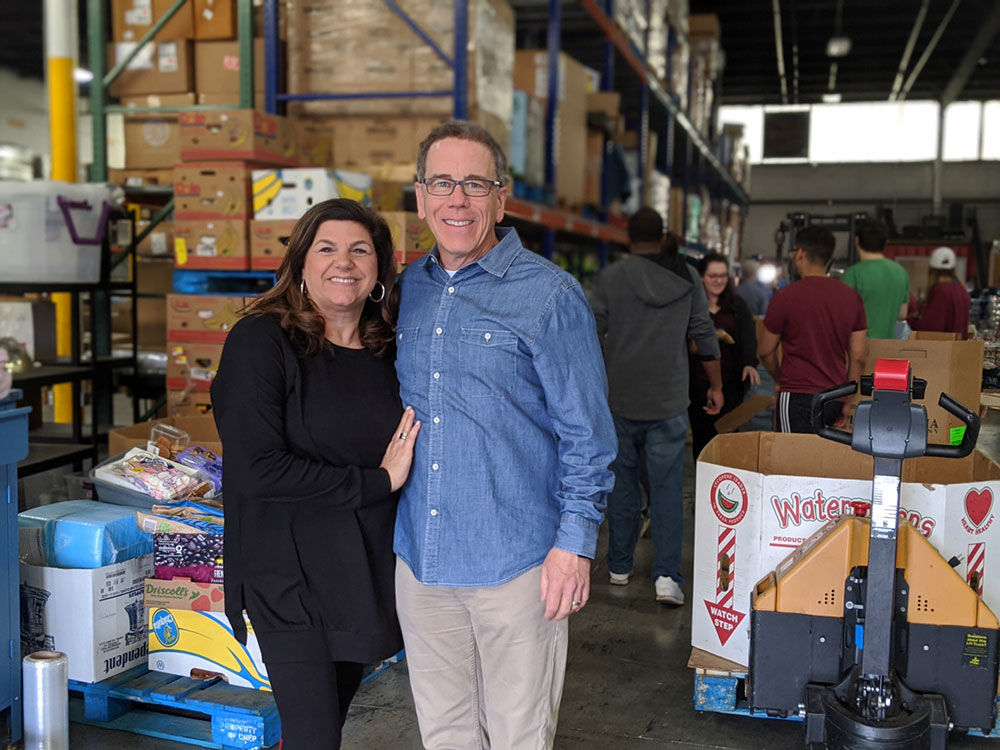 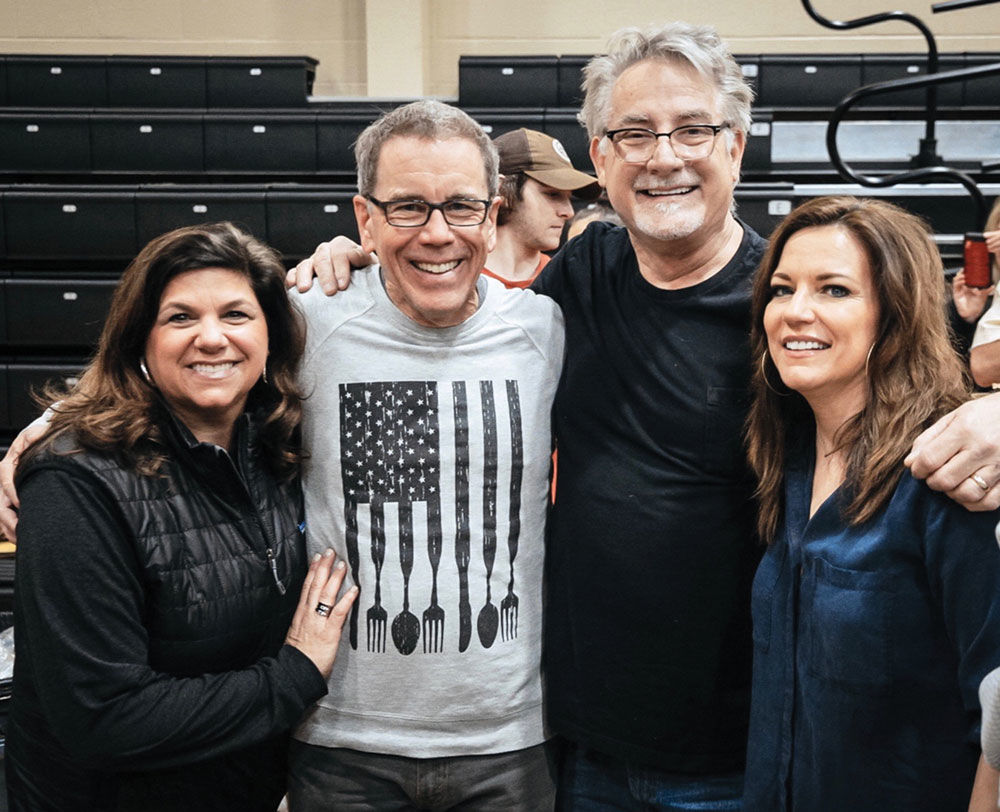 Elaine and Chris Whitney and John and Martina McBride 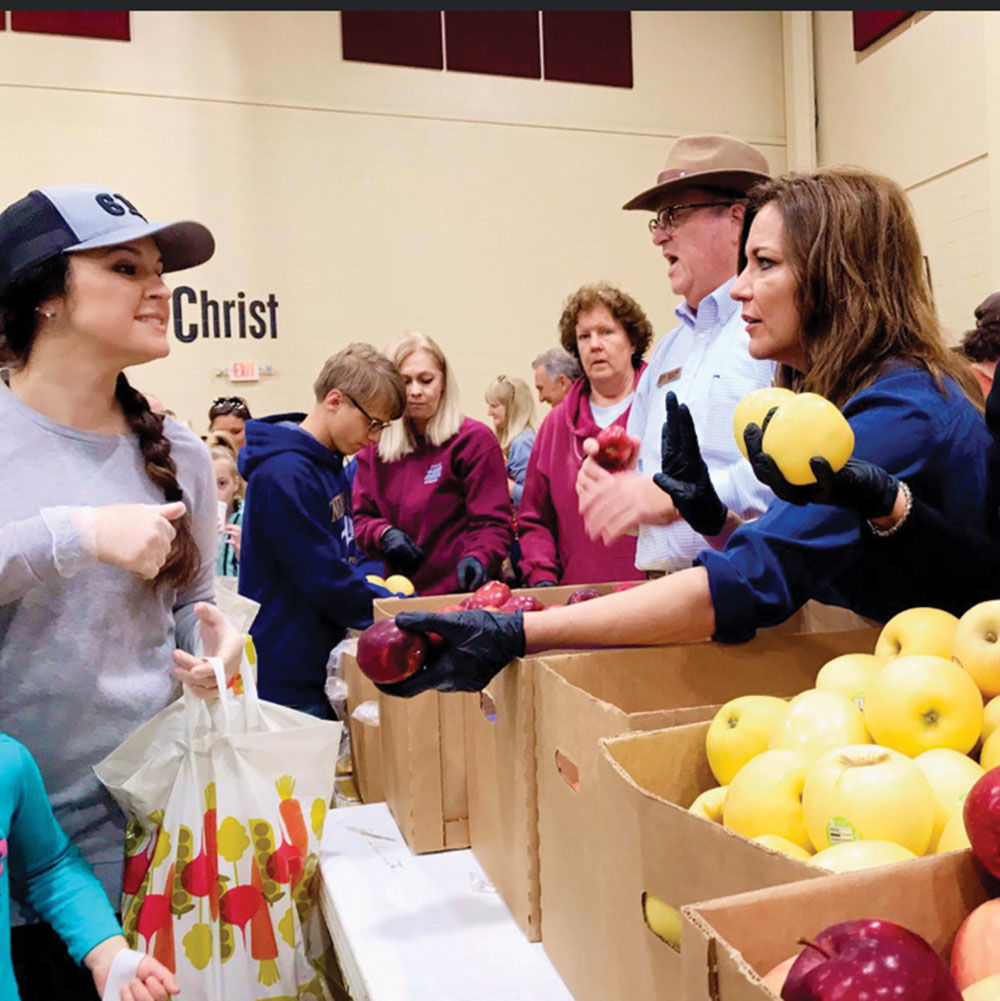 Martina McBride handed out food to those affected

Elaine and Chris Whitney and John and Martina McBride

Martina McBride handed out food to those affected

This is a difficult time for Middle Tennessee — destruction from a tornado, unemployment from an economic downturn, health concerns from a global pandemic and all the trickled-down effects that make it easy to ask in anxiety, “What if?” For years, Chris Whitney has been asking that question, not in fear, but in inspiration.

In 2004, Whitney moved to Franklin with his wife, Elaine, to start a church. As the couple engaged with the community and found themselves contributing to various local food distribution efforts, a model began to form for a nonprofit, one that they believe is the “church” they were meant to start all along.

“God moved us here, we thought, to start the church,” Elaine Whitney said. “But to me, it was really that (One Generation Away) was birthed out of that. I think this is really what we were called to do.”

Chris explained that the name, “One Generation Away,” came to him before he and Elaine had any plans to start a nonprofit, but he reserved a website domain, and over time, the phrase returned to him in the form of “what if” questions: What if we’re one generation away from eliminating poverty? From eliminating denominationalism? From eliminating racism?

As they continued to volunteer at food pantries, working with and serving people from different places of worship, economic backgrounds, and ethnicities, they realized that their mission is to find the answers to these “what if” questions by uniting the community to feed those in need.

In 2013, One Generation Away received its 501(c)(3) status. It operated out of a Hyundai Santa Fe stuffed to the roof with donated nonperishables and fresh food rescued from grocery stores and restaurants for same-day mobile food distributions.

“It was packed, and we would go to Spring Street and downtown Franklin to the housing projects and just open up our car and give out food to people in the community,” Chris said.

Despite the couple’s successful yet humble start, their mission was almost cut short as Chris was diagnosed with stage III cancer just six months after their nonprofit designation. This ushered in a realization of not only Chris’ mortality but the mortality of One Gen. The couple nearly quit due to financial and operational struggles.

One day, Chris received a call from a man who had read about him in a local newspaper, invited him to an impromptu coffee meeting and offered to donate to One Gen.

“He has an open-faced checkbook, and you know, a Starbucks table is really small, and I just see him write a three, and I’m thinking, ‘Oh, $30 bucks, man, that was really cool of him to do this.’ We go home and open the check, and it’s a $30,000 check,” Whitney said, tearing up at the memory. “That day, we decided not to quit.”

Today, Chris is cancer-free, and One Gen has a new warehouse, three refrigerated trucks, a box truck, a van, a pick-up truck and, in 2019, gave away 2.43 million pounds of food. The nonprofit leads disaster relief efforts across the Southeastern U.S. in partnership with Martina McBride’s organization, Team Music is Love, and continually returns to sites of catastrophe for as long as the need exists.

One Gen still travels down to Panama City in Florida to provide food for those impacted by Hurricane Irma in 2017.

“The thing we hear every time we do (a disaster relief trip) is, ‘Thank you for not forgetting about us,’” Chris said. “For people in this country to feel like they’ve been forgotten just because of a storm or something is pretty sad, and there’s nothing like being able to bring hope and encouragement to somebody in need.”

When a deadly tornado struck Middle Tennessee on March 3, tearing through four counties, One Gen jumped to the frontlines.

“Normally, we don’t go in until three months after a disaster because that’s when everybody starts to pull out,” Chris said, but seeing devastation just 30 minutes up the road spurred immediate action from the nonprofit in addition to its long-term strategy.

“However long it takes, we will be invested in this community recovering from this tornado,” he said. “If it takes a year, if it takes two years, if it takes three years, we’re committed to being engaged all the way through.”

Just as the team began tornado relief, its job doubled with the spread of COVID-19 throughout the region as school closures left students without their usual cafeteria meals. One Gen has been distributing hundreds of food boxes every day to these families alongside GraceWorks Ministries, The Well Outreach, and partnering organizations.

One partner in particular — Get Fit Franklin, a wellness division of Franklin Tomorrow — Chris said he wishes he could take everywhere he goes. Get Fit has joined several of One Gen’s food distributions, which provides a lot of produce rescued from local stores and restaurants, to hold cooking demonstrations and encourage healthy eating.

“They’ll take, like, brussel sprouts, which people in line are like, ‘What do I do with brussel sprouts?’ and then make an amazing (dish), and they give it to taste,” Elaine said.

Chris explained that he also relies on individuals throughout the community. When the nonprofit organizes a distribution, it emails the time and place to a list of people, inviting them to help, no registration required. He said the right number of volunteers always show up, fulfilling his vision and bringing him one step closer to answering those “what if” questions.

“What better way to get along than just to serve people and meet a basic need? I don’t know any way to make the kingdom look any better than that — every tribe, every nation, every tongue,” he said. “If we all just came together and loved the community well and then we just keep going back and loving them, that’s the gospel in its purest form.”