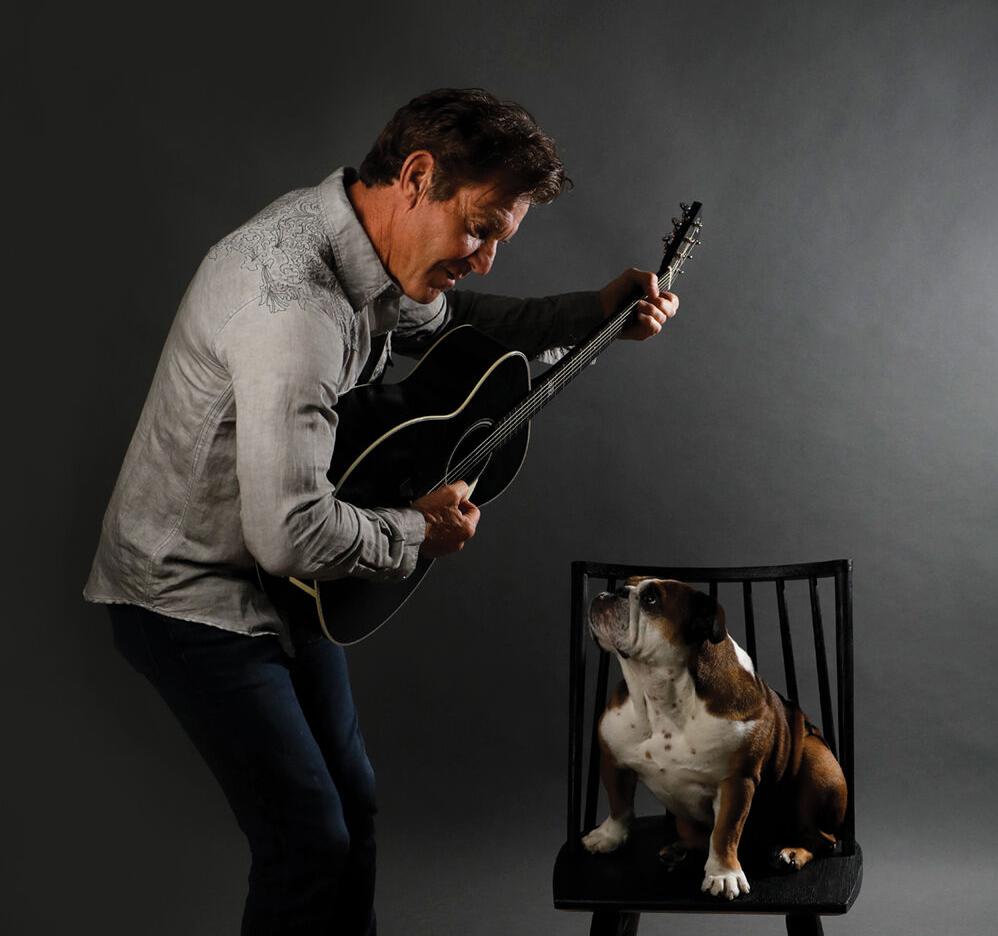 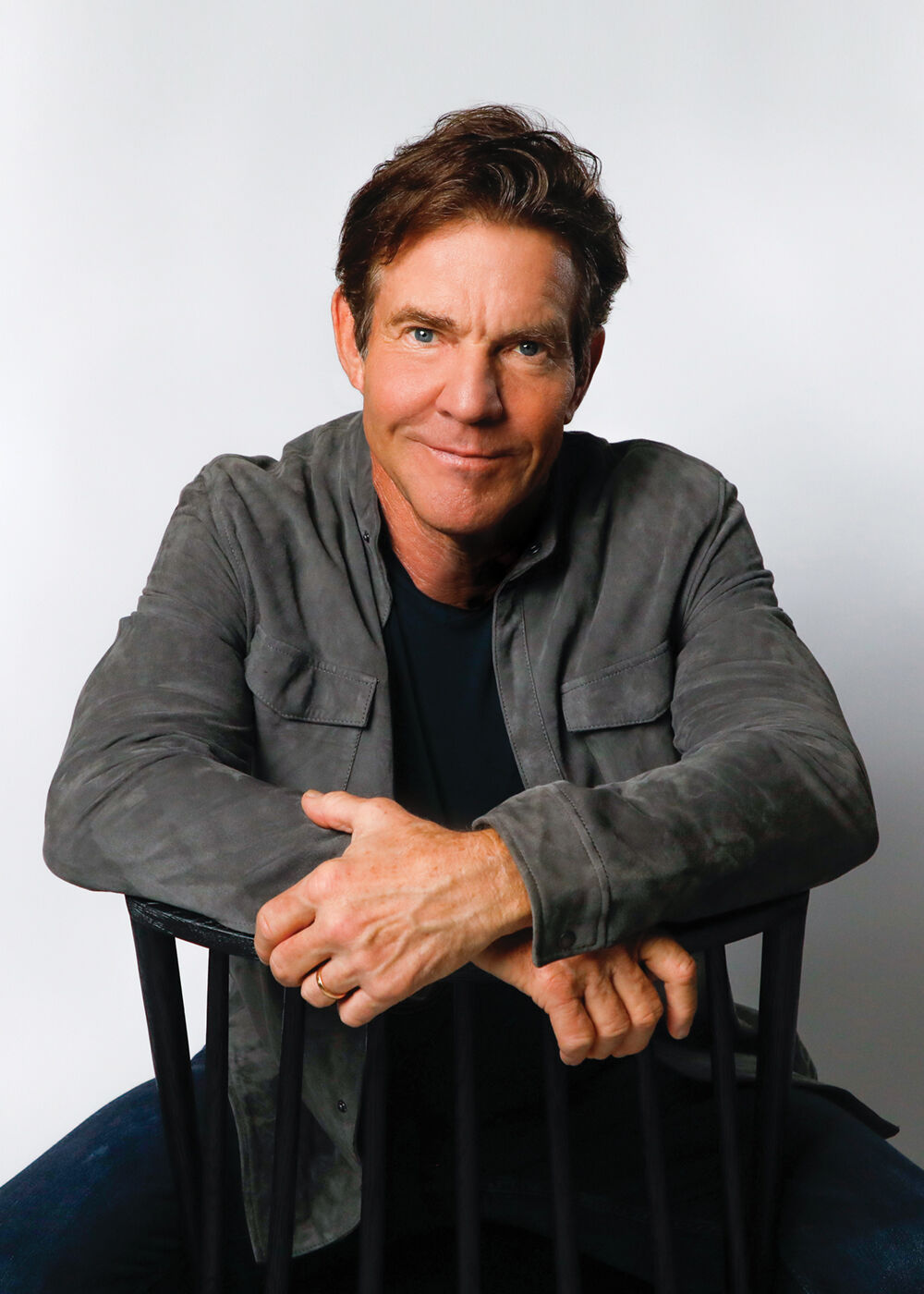 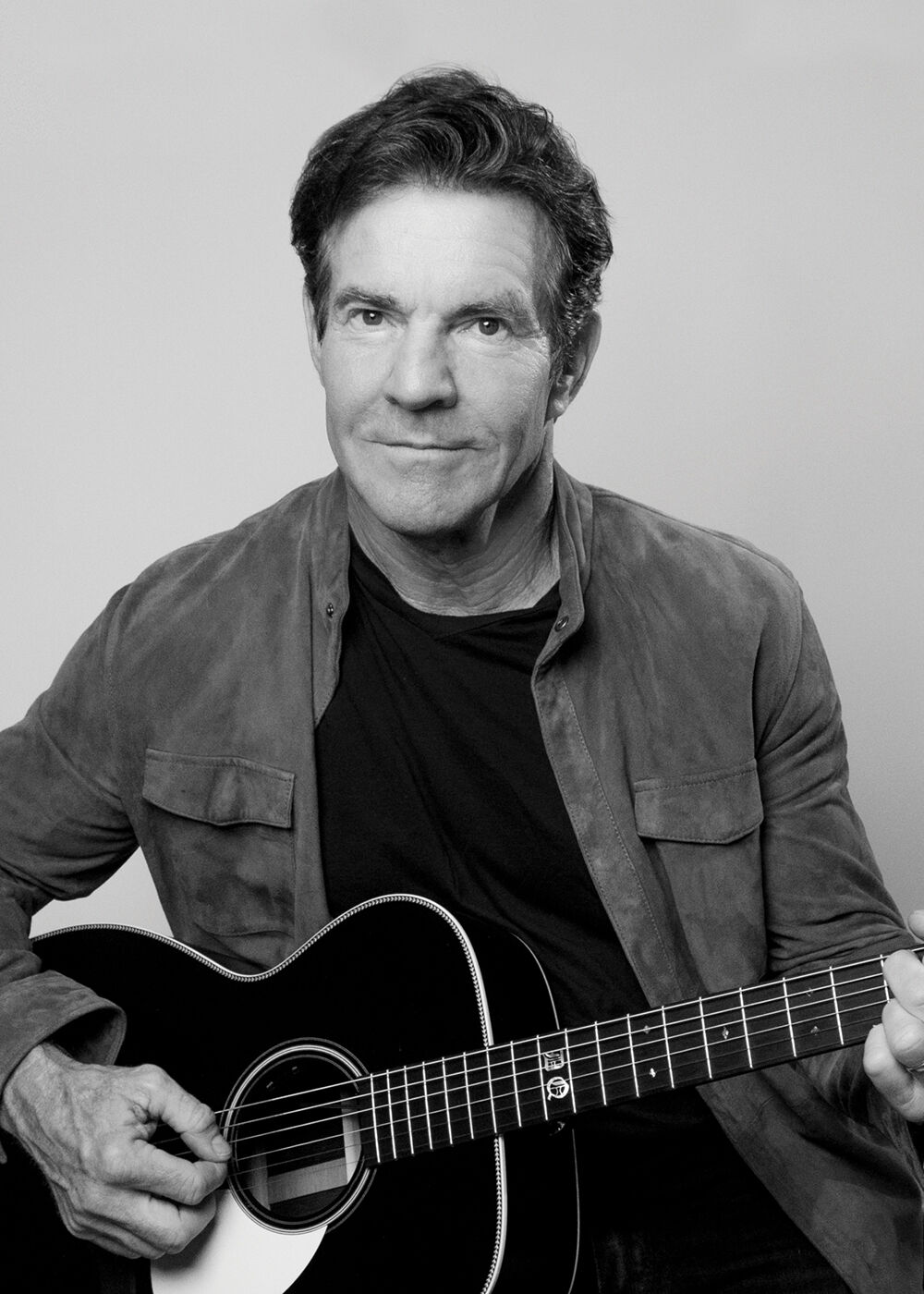 “I don’t think there is a first,” Dennis Quaid says when asked if he sees himself as a singer-songwriter or an actor first. He’s been doing both for a very long time.

“I think it just happens to be whatever is going on at the time, but the first thing I did was music, and I started writing when I was 12 and got a guitar,” he recalls. “I knew I was never going to shred a guitar, but people like Johnny Cash and some others were my first big influences.”

Quaid is one of the more prolific performers out there today. With an acting resume a mile long and enough musical chops to hold his own on stage, it’s not a stretch to say that Quaid is a Renaissance man, and at 67, his energy is as bold and seeking as ever.

“I have the energy of five people,” he laughs, and his list of current projects and life changes back that statement up.

Quaid is a storyteller, and he respects that quality in others, driving him to pursue projects, both musically and through acting, that wrap their arms around the story being told.

“Johnny Cash was a storyteller,” he says. “I just loved him. He played simple chords. That’s where music is very much like acting. I am drawn to more storytelling styles of music and that’s the way he wrote.”

This fall, music and going on tour is on Quaid’s mind after recently completing production on the upcoming 2022 biopic, “REAGAN,” a film produced by Mark Joseph and Sean McNamara, about the 40th president of the United States. The completion of filming opens up the doors for singing and performing to take center stage.

Quaid’s schedule is busy as he embarks on a fall tour kicking off Oct. 30 in Frederick, Maryland, and concluding in Nashville at The City Winery in mid-November. He and his wife recently relocated to Middle Tennessee, and they are busy making the Nashville area their new home.

The tour will focus on Quaid’s love of country and rock and roll music, where he’ll cover some of his favorite songs from his heroes as well as Jerry Lee Lewis, as a tip of the hat to “the Killer” who Quaid portrayed in the box office smash “Great Balls of Fire!” It’s an entirely solo show, something that is new to him.

“I’ve never toured alone before,” he says. “I began playing and getting up and doing that alone and started in Alaska last year. I played three gigs there. It was just me. It was kind of scary at first. Gives me stage fright. I actually like stage fright. It’s an energy. I had a really great time doing it. It’s time to do it.”

He recalls the filming of “Great Balls of Fire!” years ago and that he learned to play piano for the movie from the master himself — Jerry Lee.

“I learned to play for the movie. I had a year to prepare for it,” he says. “It’s really about the left hand — it’s an athletic move. He was one of my teachers. He was really generous, while at the same time, he was over my shoulder saying, ‘You’re gettin’ it wrong, son!’”

Crowds may be pleasantly surprised to hear Quaid display equal ease on the piano with rock ‘n’ roll classics as well as country standards with his acoustic guitar. Musically, his shows encompass country and rock, driven by his distinct vocals and anchored by his gift for telling compelling stories in his songwriting.

Though he loves writing, recording and making movies, the stage holds a special place in his heart, and for the last four decades, he’s toured extensively, earning a reputation as a respected touring artist. He’s come to be known as a riveting performer, captivating audiences with his engaging stories about his film career and the details behind the highly personal songs he’s written, some of which will populate his forthcoming inspirational album set for release in 2022 on Gaither/Primary Wave.

The album will include songs he’s written throughout his life.

“I wrote three songs for the album,” he says. “Two I had already written. One was ‘On My Way to Heaven,’ which I recorded with Tanya Tucker, Kris Kristofferson and Brandi Carlisle about three years ago. We’re going to put that on this record.”

He makes no bones about his faith and that he is drawn to the music.

“That’s what music does. It speaks to us on a spiritual level. It’s the language of God. That’s really what it is. Sort of points to that thing that has no words. Crosses all cultures and species,” he says as he points to his miniature English bulldog, Peaches, who has joined us for the interview. “She’s a little music lover. There’s something in it,” he adds.

Given his musical history, his family’s move to Music City doesn’t seem all that far-fetched.

“Our move to this area was mostly music driven. I just really love this town and area. My wife and I just went antiquing in Franklin recently to try and fill our house. I have a lot of cousins here actually,” he says with a hint of downhome pride. “I’m from Texas. Houston, originally. My grandfather came to Texas in 1903 in a covered wagon from Tennessee, so it’s kind of like going back. Tennessee and Texas share a lot of similarities, a connection. The weather here I feel at home with … and the people.”

“I’m from Houston. You can’t get worse than that!” he answers with a laugh of his own.

Quaid has managed to curate over a 40-year career in Hollywood and beyond without getting himself pigeonholed into any one genre, style or artistic medium, for that matter. If there is a thread that presents itself throughout Quaid’s work, it’s fair to say that the themes of redemption, faith and second chances are something people connect with.

“That’s why I’m here,” he says. “I think if I was to have a brand, that would be it. I’ve always felt that. It’s been kind of intentional to not pigeonhole myself. Succeed or fail at them, I just keep going. I don’t want to live life with the same haircut, you know? I see so many actors who do. They keep the same haircut.”

Through the decades, Emmy and Golden Globe nominations, hit films that have become a part of the pop-culture vernacular such as “The Rookie,” “The Parent Trap,” “The Right Stuff,” “Breaking Away” and more, a successful musical and touring presence, and his latest big-screen credits such as Netflix’s “Blue Miracle,” Sony’s thriller “The Intruder,” Universal’s “A Dog’s Journey” and “A Dog’s Purpose,” “Roadside Attractions I Can Only Imagine,” Amazon’s “Goliath” opposite Billy Bob Thornton and more, Quaid seems grounded, centered and content at this point in his life. His faith and belief in second chances is as real as ever.

“It’s more than just wearing it (faith) under your shirt,” he says.

He’s not afraid to be who he is and tell people about it.

For more information on Quaid and his upcoming fall tour, visit www.dennisquaidishere.com.