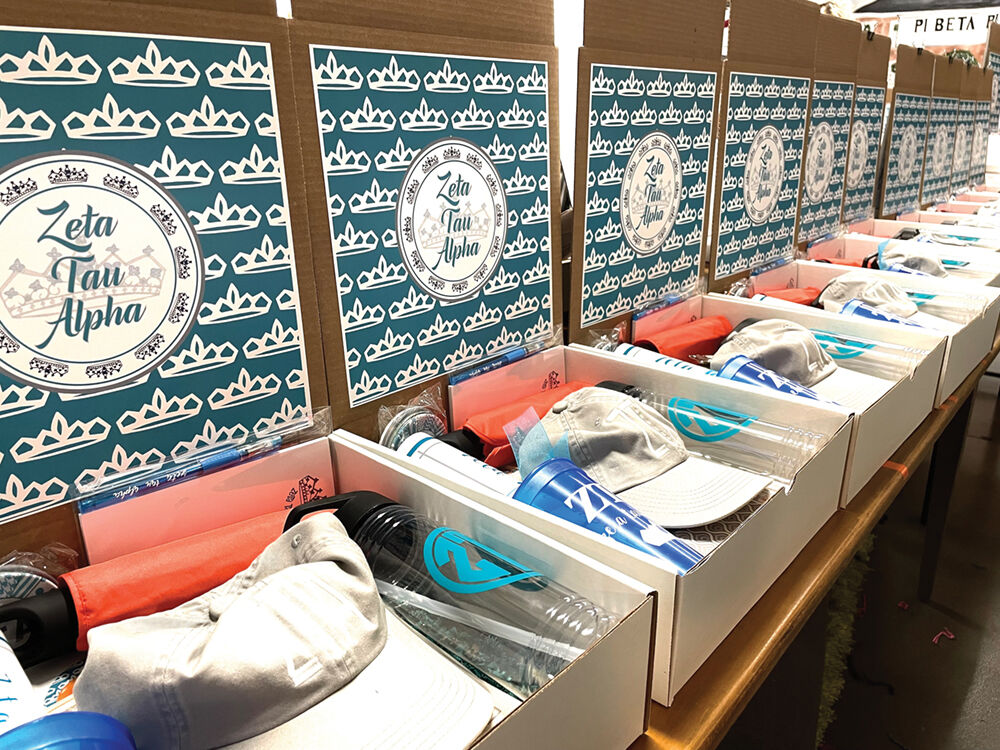 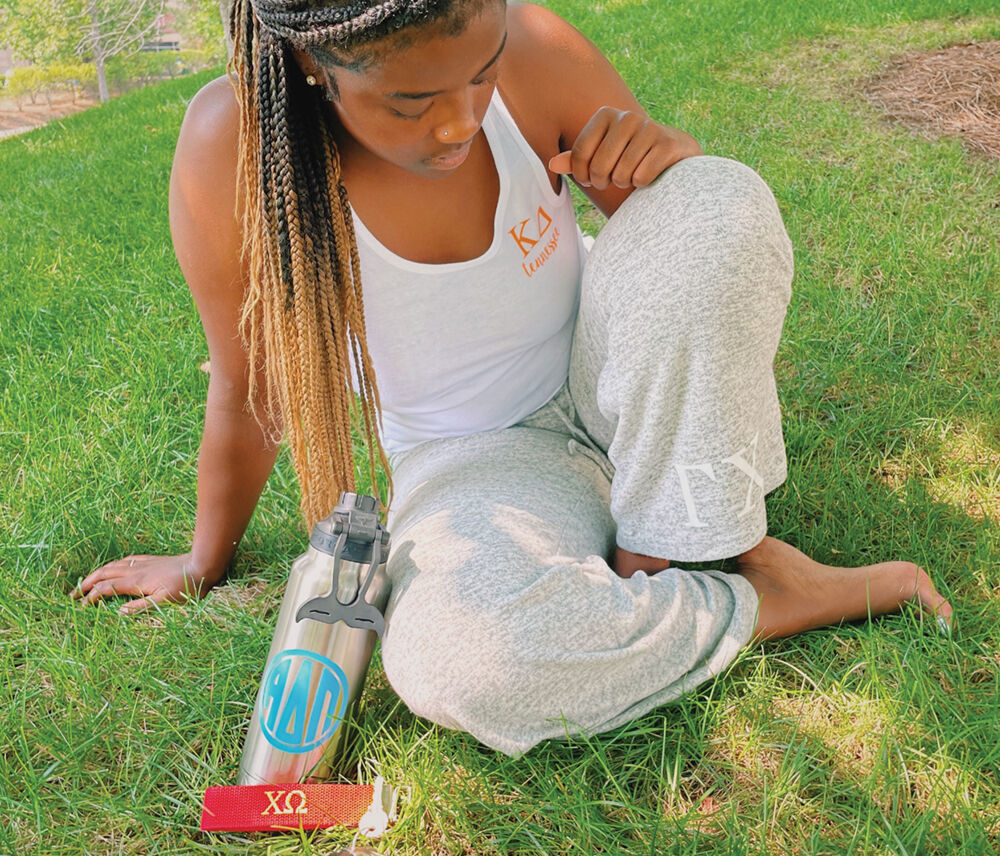 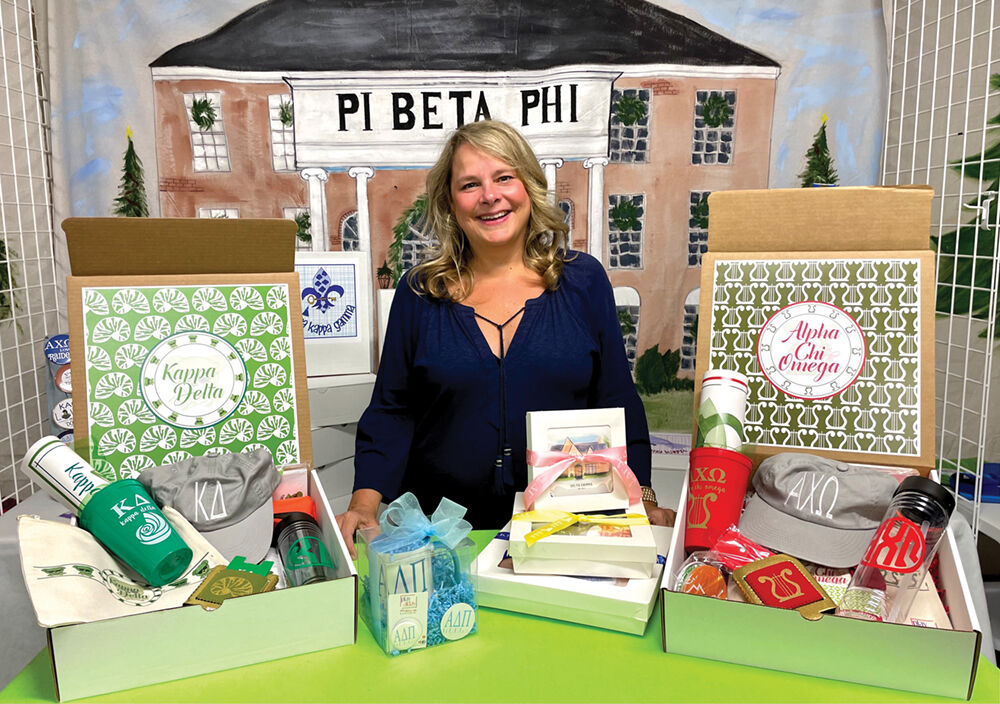 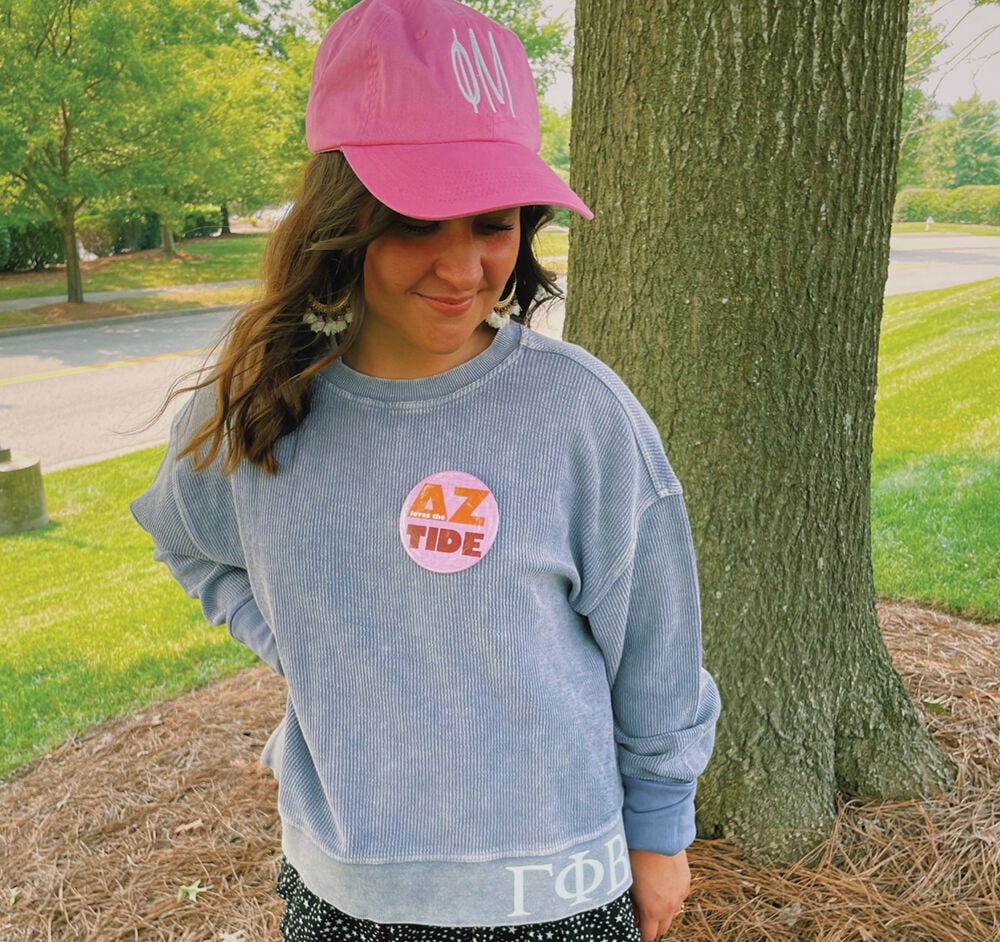 For Tiffany Alday, the past few weeks have been filled with checklists.

PlayAlday, a licensed sorority gift business Alday owns, is the exclusive provider of bid day boxes for the sororities at the University of Tennessee, Knoxville. Parents purchase the boxes ahead of time, and the PlayAlday team personally delivers them to the campus on Bid Day. In 2020, in the midst of the COVID-19 pandemic, PlayAlday delivered more than 500 boxes.

The boxes — personalized and filled with a variety of items, everything from water bottles and ball caps to key fobs and umbrellas — help to mark the moment pledge candidates become sisters and provide a way for parents to celebrate with their daughters.

“Bid Day is all about the girls,” Alday says. “It’s a celebration focused on meeting their new sisters. The boxes give parents a way to be a part of the day and encourage their daughters after the stress of recruitment week.”

These days, the focus of the Franklin-based business, which launched in 2016, extends far beyond Bid Day. Fully licensed with 22 national Panhellenic sororities, PlayAlday sells one-of-a-kind gifts online through Etsy and the company’s website, www.PlayAlday.com.

But it’s the company’s unique approach and eye for detail that have set it apart over the years, Alday says — and will continue to do so long into the future.

Back to the Beginning

The idea for PlayAlday began to take shape about six years ago. Alday, who is a partner with her husband, Mike, at Alday Public Relations, agreed to a favor. The couples’ daughter, Savannah, was in charge of sorority recruitment at UT and enlisted her mom’s help to create a few unique gifts to make the experience even more special.

That favor quickly led to an invitation to work with the university’s Panhellenic Council, creating bid day gift baskets parents could pre-purchase for their daughters.

“The first thing you want when you join a sorority is shirts, buttons, hats — all kinds of items — with your sorority letters on them,” Alday says. “These gift boxes are a way to give new sorority members a starter package of licensed products and build their sense of belonging from the very beginning.”

PlayAlday’s approach and packaging has evolved over the years. The baskets became boxes — “easier to transport,” Alday says — and she and her team have fine tuned the process of packaging and packing those boxes, then transporting them to Knoxville for delivery.

Now in its sixth year, Play Alday has continued to increase sales, reporting a 70% increase from 2016-2020.

The company also recently became an official sponsor of the Panhellenic Council and donates a portion of all bid day box sales back to the council. In 2020, Play Alday donated more than $7,000 to the Circle of Sisterhood charity through this partnership.

While the bid day boxes might be top of mind right now, they aren’t the company’s sole focus. Alday has worked to build an online presence, delivering distinctive gifts to customers across the country.

It’s the one-of-a-kind designs that set the company and its products apart, Alday says.

“I noticed sorority products were the same as they were when I was in a sorority 35 years ago,” she says. “We’ve created fresh designs and new products. We pay attention to what’s trending for college-age women and are always looking for that fun, new item to add.”

“As a member of a sorority, it’s been fun to create cool designs and build on what Miss Tiffany has already created,” McCaleb says.

Looking toward the future, Alday hopes to deepen the relationship she’s built with sororities.

“One thing we’ve created is tiered gift packages for Big Sisters to give to Little Sisters,” she says. “Through conversations with the Panhellenic Council, we realized that was a need, so we’ve developed some fun ideas to make that reveal special.”

For the past few years, Play Alday has also participated in Christmas Village, one of the oldest charitable events in Nashville, supported and run entirely by volunteers from the Nashville Pi Beta Phi Alumnae Club. The annual event, set for Nov. 12-14 at the Nashville Fairgrounds, includes more than 260 merchants and draws 30,000 shoppers from across the United States.

This year, Alday plans to offer a variety of licensed sorority gift sets, already compiled and packaged, ranging in price from $15-135.

“Whatever price point you want, we’ll have the perfect gift,” Alday says, “all featuring our one-of-a-kind designs, created right here in Williamson County.”