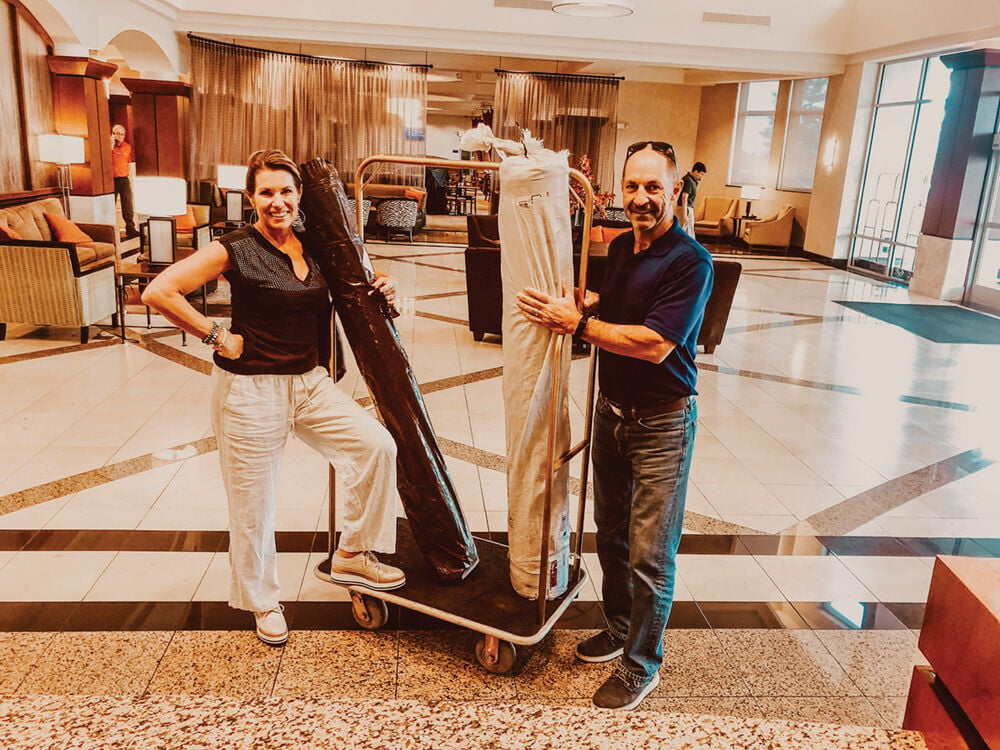 Amy Freese and Jeff Reeser at a hotel client install 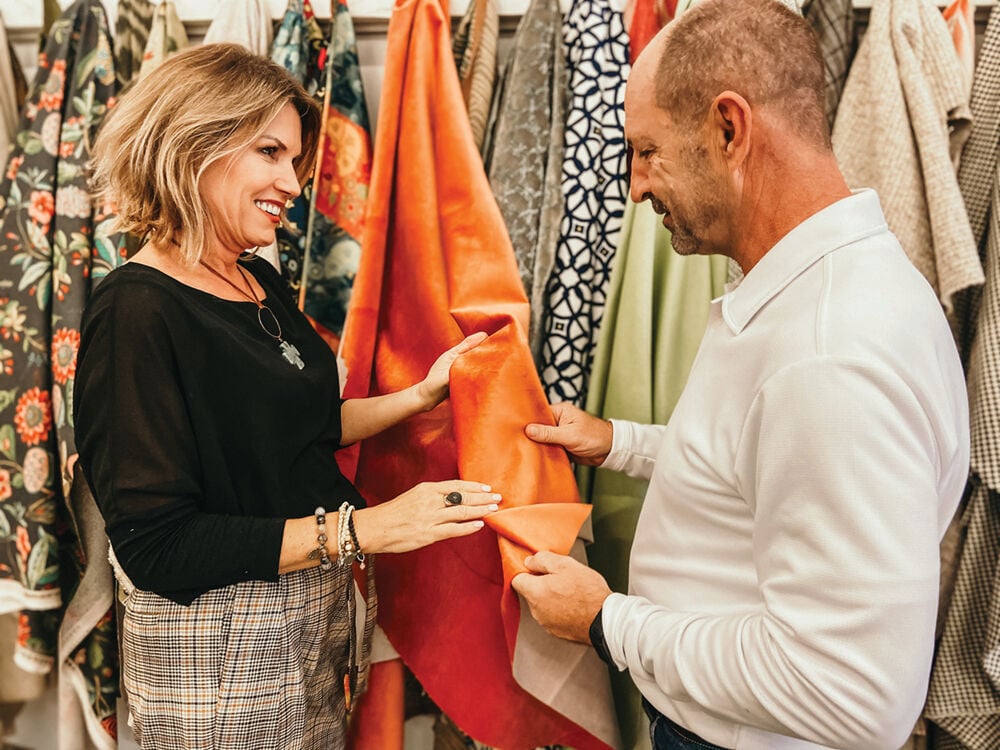 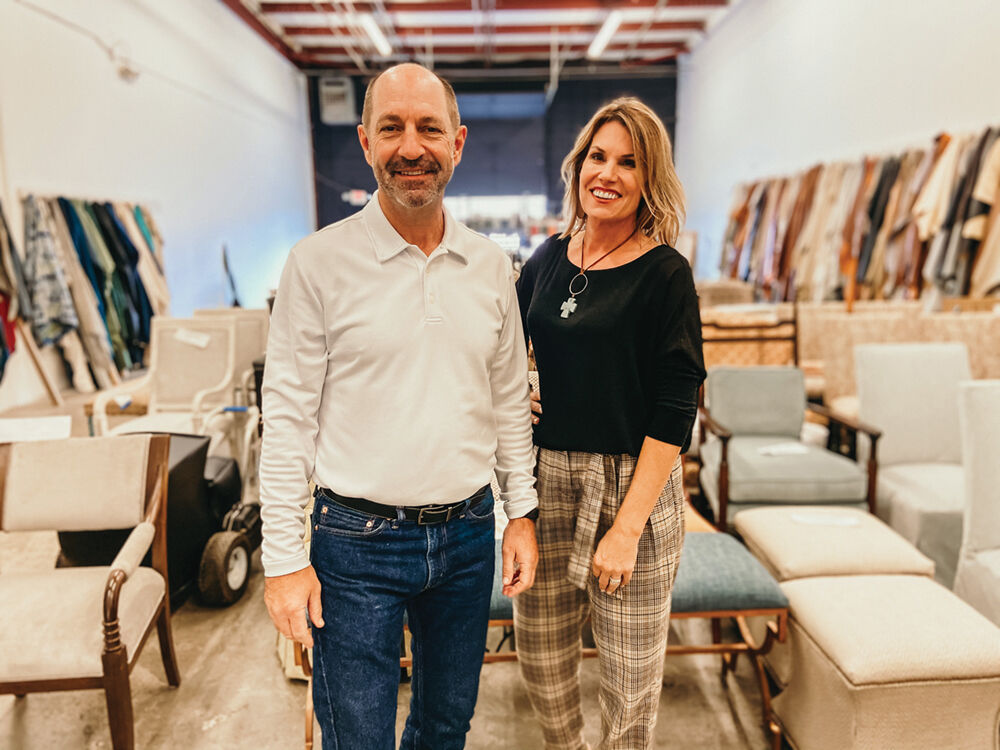 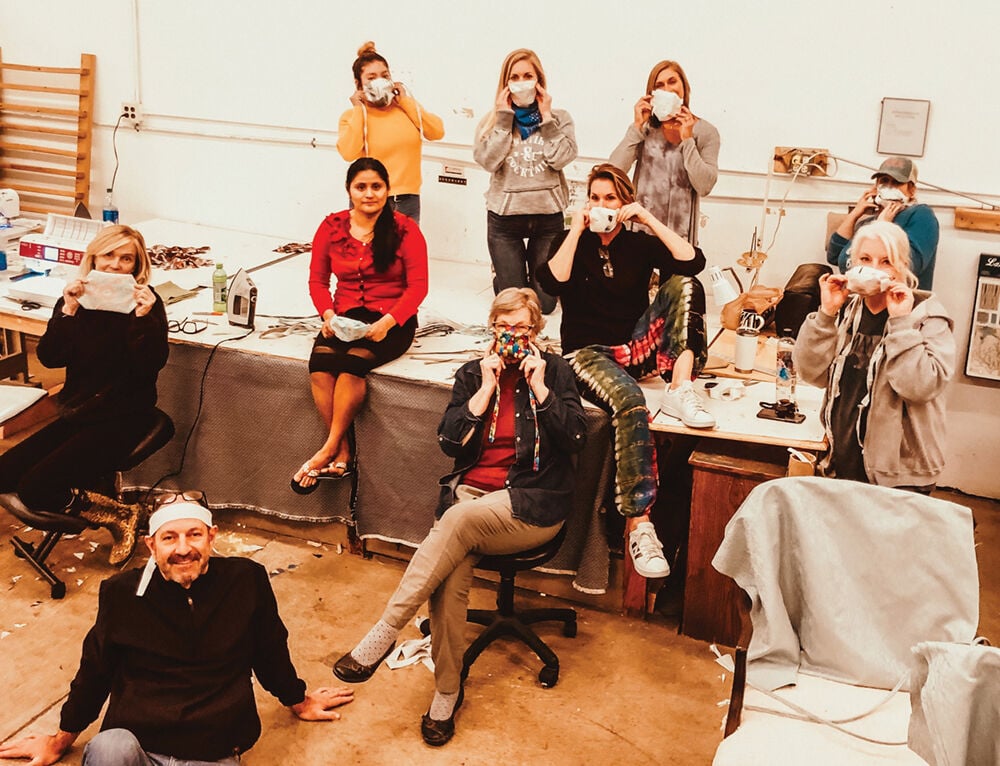 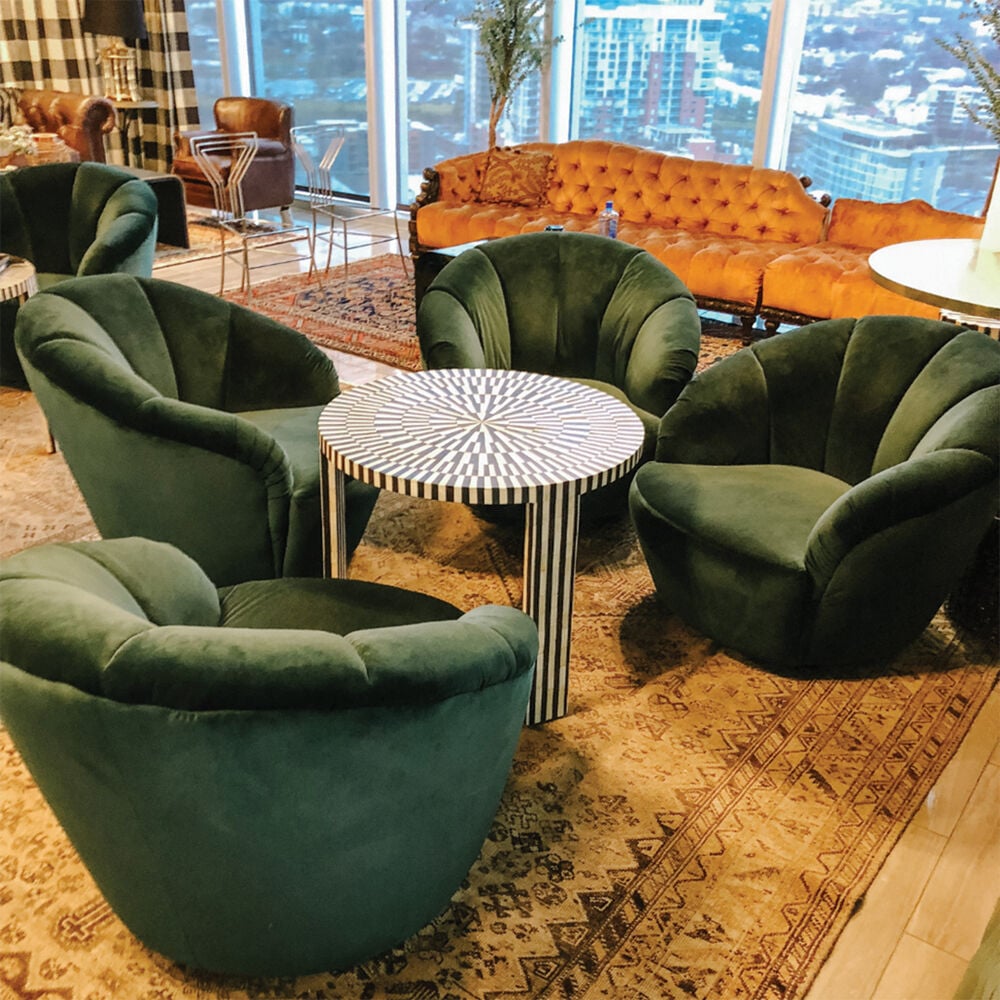 Cool Springs Upholstery has clients all over Middle Tennessee, including the West in Nashville's L27 Rooftop Lounge

Amy Freese and Jeff Reeser at a hotel client install

Cool Springs Upholstery has clients all over Middle Tennessee, including the West in Nashville's L27 Rooftop Lounge

Farming was a way of life for the Reeser family, as it had been for generations. Acres of Central Illinois corn and beans not only provided an honest living, but reminded them every day of the value of hard work, collaboration, getting the job done right, and never putting off until tomorrow what could be done today.

But like so many in the late 1980s, Joyce and Jim Reeser began to realize that the farm was no longer sustainable long-term. Having celebrated their 50th birthdays in 1994, they started looking for a new start. They found it in Williamson County.

Joyce, who had run a popular home décor store, and Jim headed south to connect with a relative who had opened an auto body shop. Jim knew how to fix all kinds of things, as farmers do by necessity, and when a Porsche owner asked the shop to repair a car seat, the project helped chart a new path for the family.

Amy Freese and Jeff Reeser – the youngest and oldest of four siblings – were thrilled that their parents had found a new home and calling in Tennessee, and that Cool Springs Upholstery was making a name for itself. They’d hear the stories of their mom running down to the Grand Ole Opry to stitch up a seat cover, or Jim rebuilding a celebrity’s sofa. But they never expected to become a part of the family business.

Amy moved south in 2004, having spent a decade in downtown Chicago working with a fashion designer in the textile markets. She was on a journey of her own, soon becoming a Certified Christian Life Coach and hosting the designHER living podcast while raising her own children. Still, she craved more connection to people, and her mother suggested she come into the upholstery shop a few days a week to work with customers. In 2009, she joined her parents full-time.

“That decision changed my life in so many ways,” Freese says. “I’ve found meaning and purpose in the most unexpected of places, and built relationships that have been so rewarding. Working with my parents, I was able to see the pride they took in the craftsmanship, how they treated each customer like family and each project like it was their own. It made me proud, and I wanted to be a part of it.”

As the business continued to grow, Amy’s brother Jeff was facing a crossroads of his own. Living in Iowa, he was burned out in his position as sales director of an international scoreboard company. His beloved wife had recently passed, and he was ready for a change. Amy convinced him in 2015 to join the family business. By 2016, their parents were ready to hand over the reins and enjoy retirement.

Another Reeser brother, Greg, was part owner with his siblings until he decided to branch out with his own company, Custom Resources, though he still helps Cool Springs Upholstery as a subcontractor for custom builds of banquettes, headboards and the like.

Today, Jeff manages the commercial side of the business, which is far more robust than one might expect: Cool Springs Upholstery works with major universities, hotels, restaurants and even airlines to maintain hundreds of chairs, booths and other covered furnishings on an ongoing basis. Amy focuses on the residential side, working with individual customers as well as interior designers all over the region. Having developed a reputation for her talents, she often finds herself involved on the front end of major design projects. She rattles off one amazing story after another of icons and memorable jobs, from Dolly’s country camper to a 1940s Studebaker, the Governor’s Mansion to Chris Stapleton’s home. Regardless of the owner, every client’s furniture has a story and a connection to their lives and legacies – one piece in the shop recently was the cherished family heirloom of a Holocaust survivor.

“There’s a Bible verse that has always been a favorite of ours, from Colossians: ‘Work willingly at whatever you do, as though you were working for the Lord rather than for people’,” Reeser says.

That mission extends to the company’s staff too. From the beginning, the family has extended opportunities to talented upholsterers who just needed a chance at redemption. They’ve offered apprenticeships to people with an interest but no experience. And they’ve helped team members through life’s struggles, forging the kind of bond that creates not only loyal employees, but lifelong friendships.

Today, if you walk into their offices adjacent to Costco in Brentwood, you’ll be greeted warmly and given a tour of the 10,000-square-foot design studio, have a chance to explore bolts of fabric and see the artisans in action. You can also shop among ready-made window treatments and other furnishings, a line of the business they continue to expand to serve the community’s needs. If you simply need an estimate, photos and details submitted through the website will yield a proposal within 24 hours, guaranteed.

“We like to say that Cool Springs Upholstery is the ‘fabric of the city’ because if you took a map of middle Tennessee and put a dot on every business, home, restaurant or car that we’ve worked on, you’d see our footprint everywhere,” Freese says. “Our craftsmen and women are true artists, and can do just about anything you can dream up.

“But it’s really about a commitment to people, regardless of their backgrounds or needs. That’s what our parents taught us growing up, and that’s what our team strives to live out every day.”

Check out an impressive gallery of projects and learn more about the business and the artisans behind it at coolspringsupholstery.com.