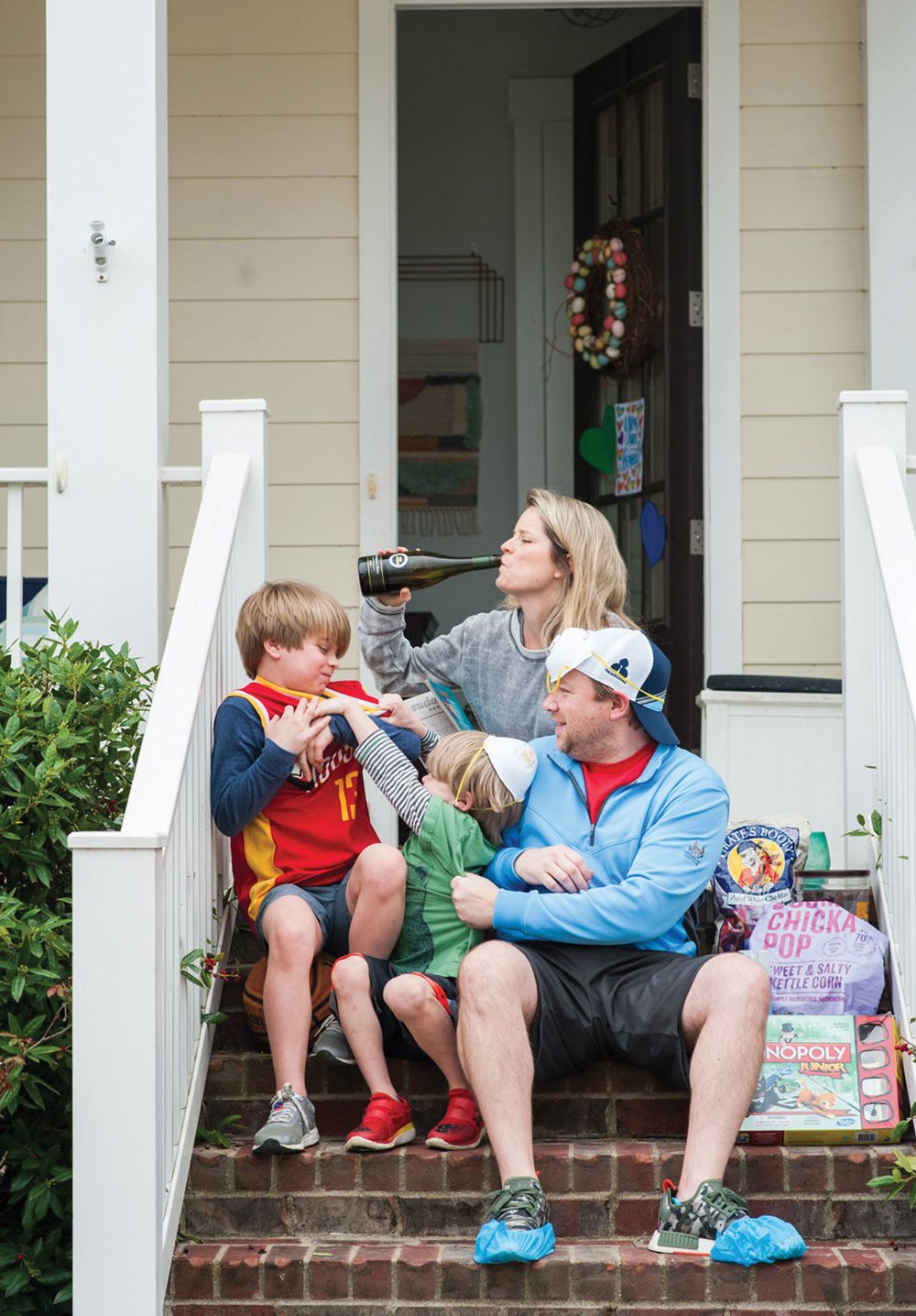 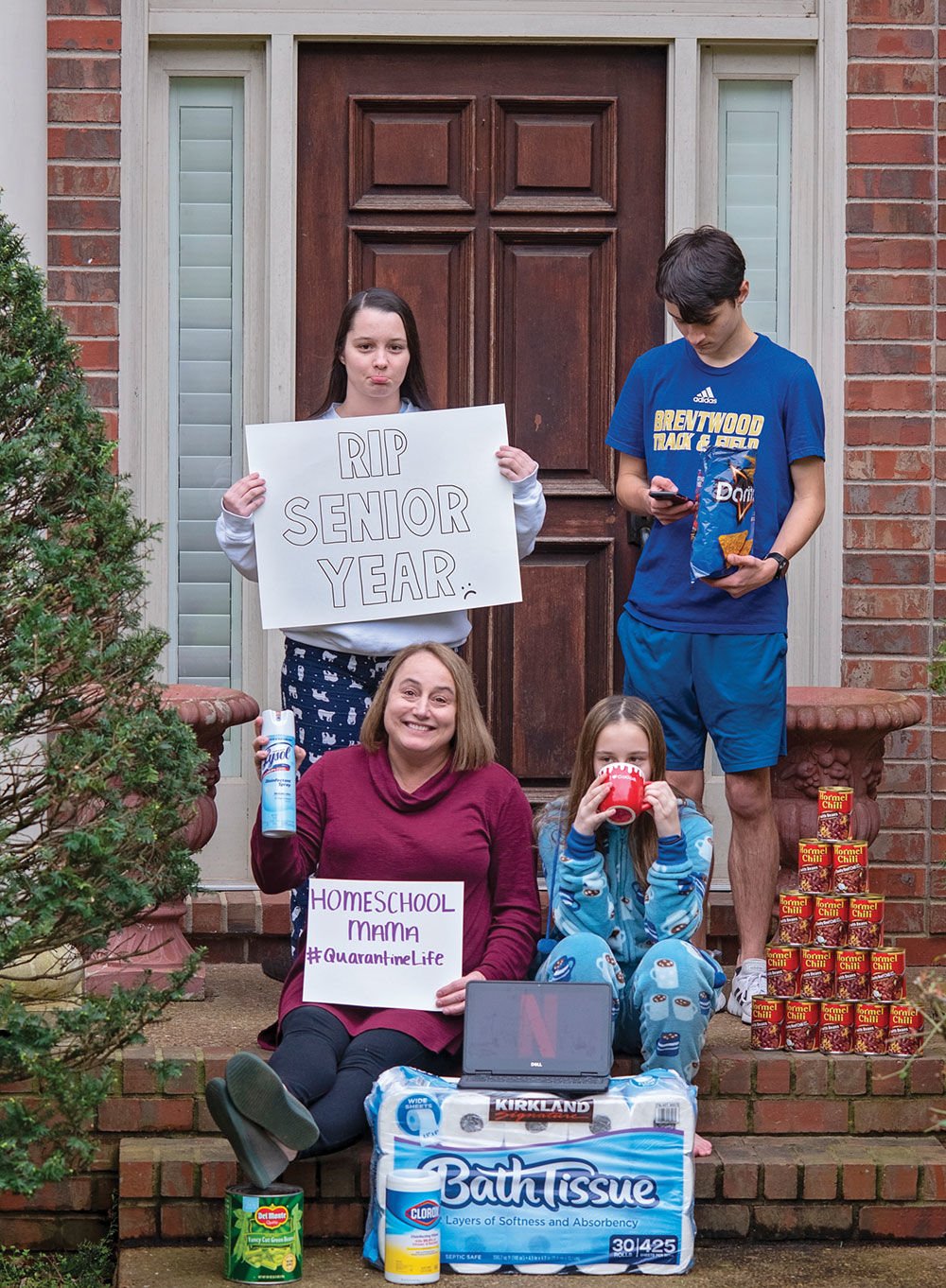 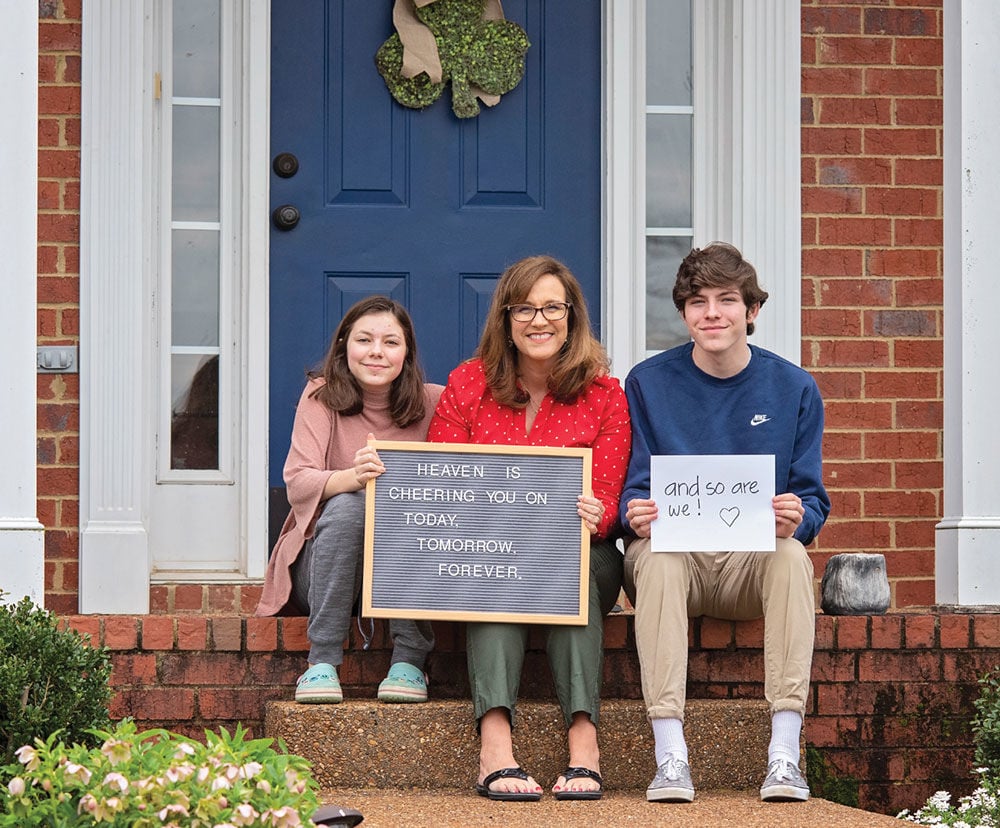 Kate Lifferth and her kids 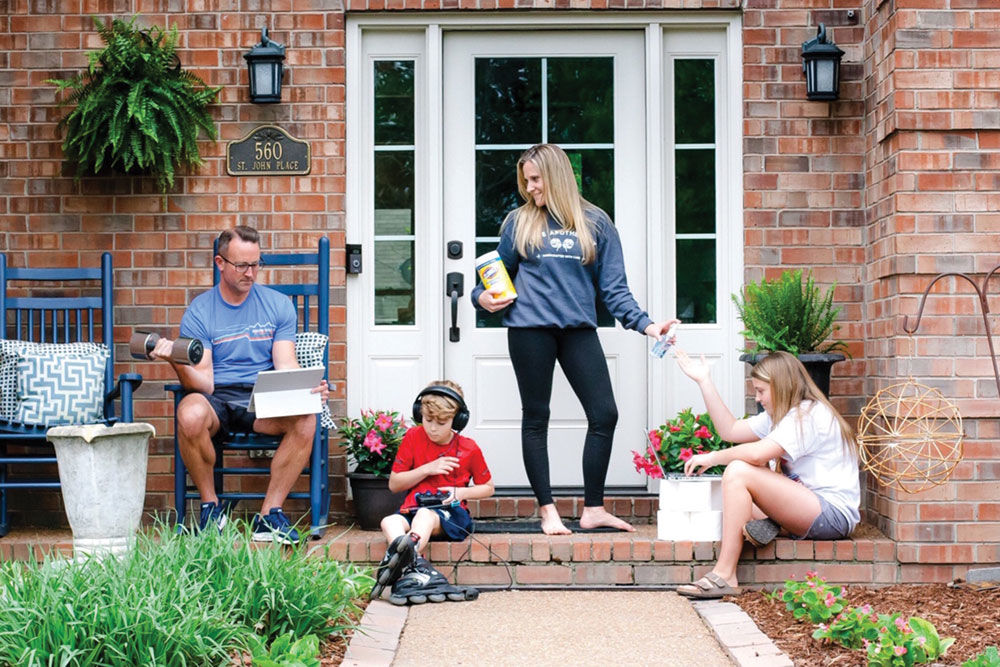 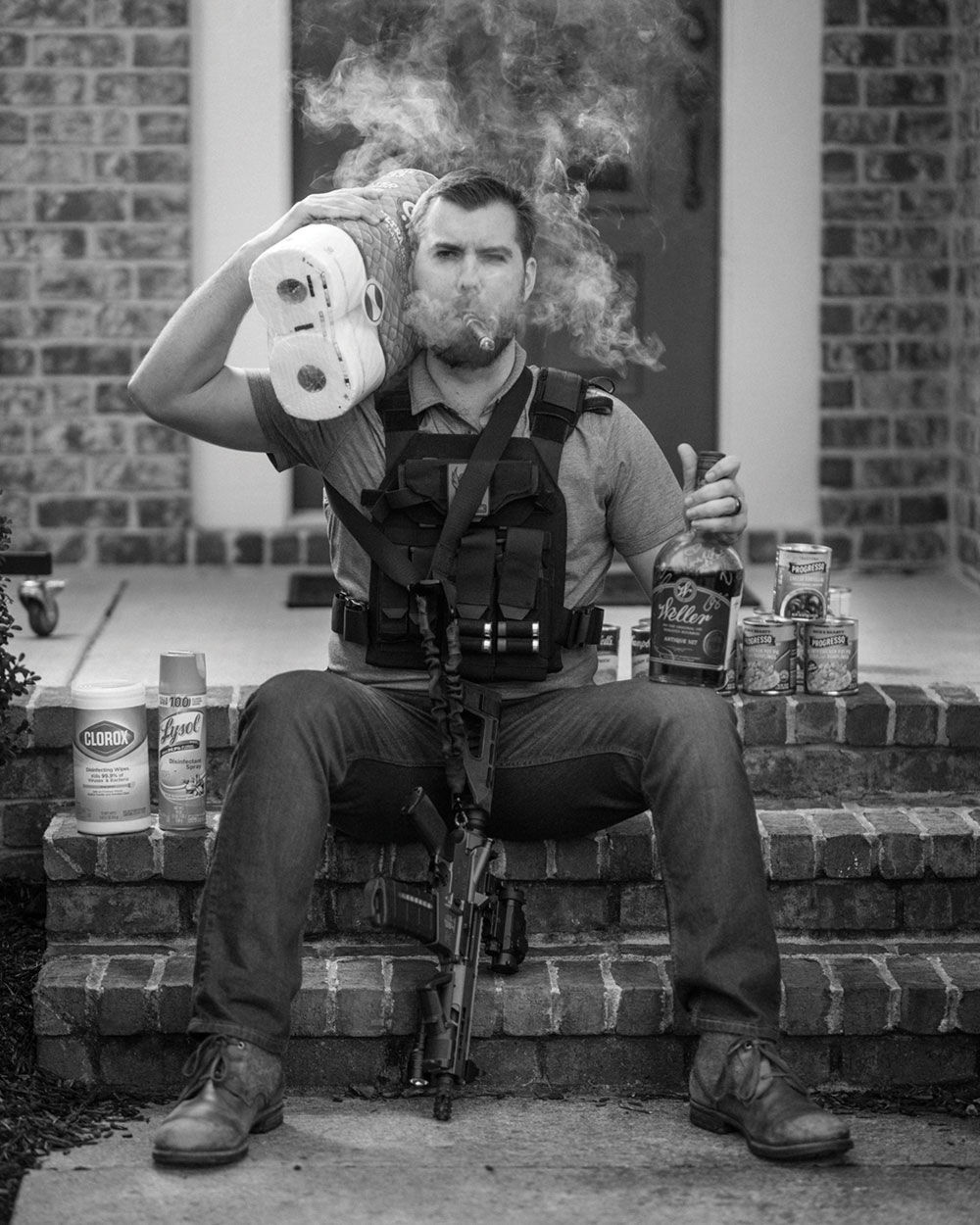 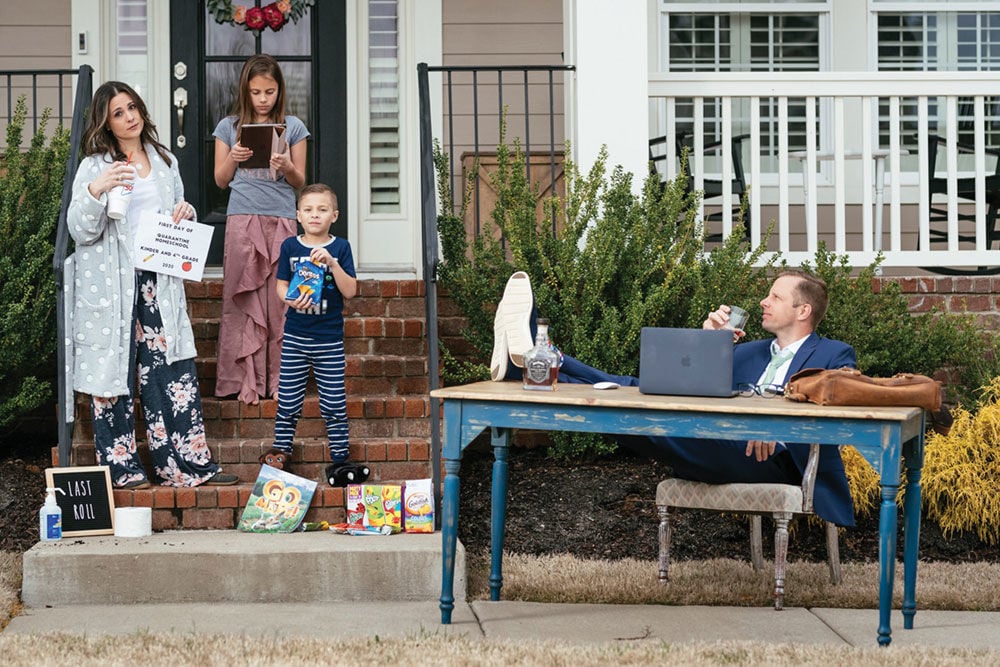 Kate Lifferth and her kids

On a Saturday morning in March around 1 a.m., Liraz Friedman-Pustizzi couldn’t sleep. She was feeling gloomy and depressed by the state of world during the COVID-19 pandemic, with more deaths and closures being reported daily.

That’s when the idea of a neighborhood quarantine photoshoot occurred to her.

“I was lying in bed and thinking about ways to spread a little joy, and it just seemed it was appropriate this way, as photography tends to be how I express myself,” she said.

A wedding and family photographer who started her business in 2012, Friedman-Pustizzi said she had canceled many clients in days prior because of the coronavirus epidemic.

But going door-to-door and shooting photos was a way to interact with others at a safe distance, and break up the monotony of the day. Friedman-Pustizzi posted on NextDoor about her plans, and several families responded.

“It was such a great, positive distraction for my family,” said Becky Drennan, who lives in the Southern Woods neighborhood of Brentwood.

“My kids had the best time coming up with creative ideas for our porch photo shoot. I don’t know Liraz but am so touched by her kindness and creativity. Our photo shoot really made our day!” Drennan said.

“Meeting new people and just smiling and being outside is something we haven’t had much of lately,” said Friedman-Pustizzi, who enjoyed the feedback she received from neighbors.

Tausha Dickinson, who lives in Tywater Crossing, also held a neighborhood quarantine photoshoot, and was featured in a segment by WKRN.

“I had already been almost a week quarantined myself, and I’m a very extroverted person, so I’m super bummed out that I haven’t been able to be creative,” Dickinson said.

As a full-time photographer for the past 11 years, Dickinson said she needed a creative outlet, and wanted families to have something positive to remember this period in history by.

Dickinson gave her neighbors a five-hour advance notice that she would be walking around with her camera, ready to capture photos for any families who wanted them.

After shooting on Saturday and sharing with her neighbors that night, Dickinson was surprised to see her original post rack up tens of thousands of likes and shares since. “I give a lot of credit to my neighbors for being so open and so creative,” she said.

Her shoot inspired another friend, who lives in Colorado, and Dickinson says she has received dozens of messages from other photographers about her idea since.

Westhaven resident Rebecca McVay, a friend of Dickinson’s, captured her own photos of neighbors, part of what she called the Porch Project.

“The main reason was to bring joy and spread joy with these photos from the porch,” McVay said.

McVay said she shot photos of over 100 families, and instead of taking money for the service, she and five other participating photographers asked families to donate what they could to Hands on Nashville for COVID-19 and tornado relief services.

“I have witnessed humanity at its best,” McVay wrote in her Facebook post. “All we have is each other and we will get through this.”

Heather and Bryan Doleshel said their Forrest Crossing neighborhood got creative coming up with safe activities during the period of physical distancing, like drawing chalk art, putting up drawings in windows, and lighting luminaries in honor of healthcare workers.

So when Heather Connery posted on their neighborhood Facebook page offering porch photos, the Doleshels couldn’t resist. “I told the kids they could do whatever they wanted, and they showed up with their own ideas,” said Heather Doleshel, who also is a photographer.

Since Governor Lee’s stay-at-home order in early April, Friedman-Pustizzi and Dickinson both said they would wait to shoot more photos, and McVay wrapped up the Porch Project at the end of March.

Dickinson said she plans to do a neighborhood photoshoot once the pandemic is past.

“This is history, and I have to capture it,” she said.

This unique idea of Friedman-Pustizzi is wonderful. I need to get help with essay writing for help in essays. Following such a unique idea just to entertain others is an excellent thing for such individuals who are staying in their houses because of the coronavirus pandemic.