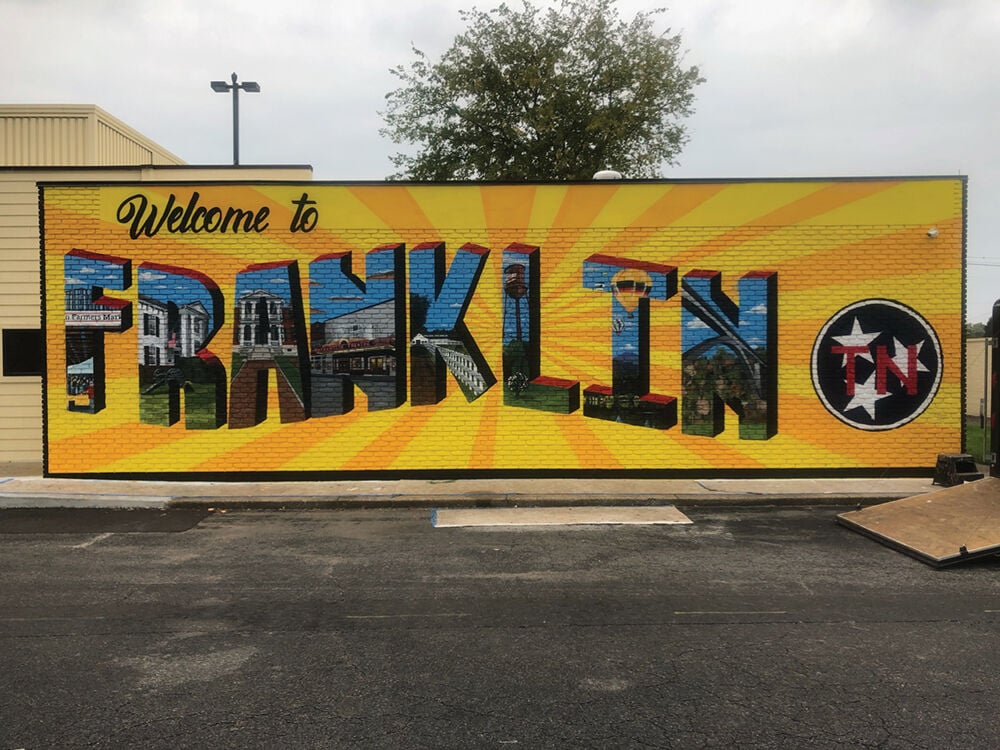 Located on the side of Urgent Team on Hillsboro Rd, as you enter into downtown Franklin. The city’s first public art mural! 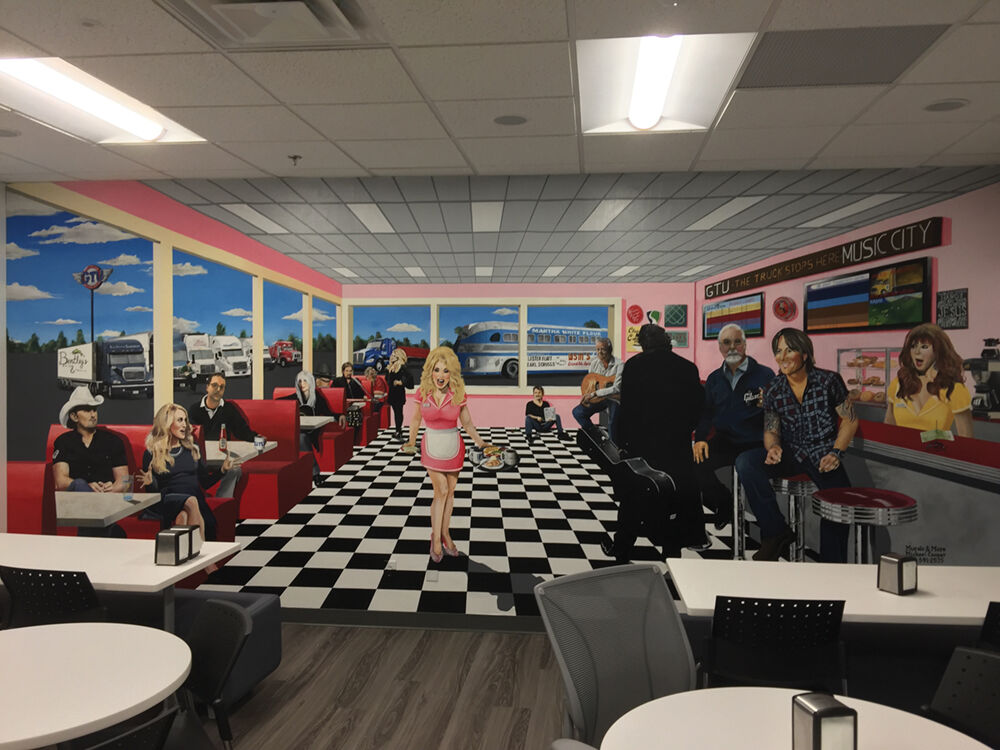 An interior mural for Greenwich Transportation Underwriters Inc., in Brentwood. Painted on canvas in our studio, then installed on site. 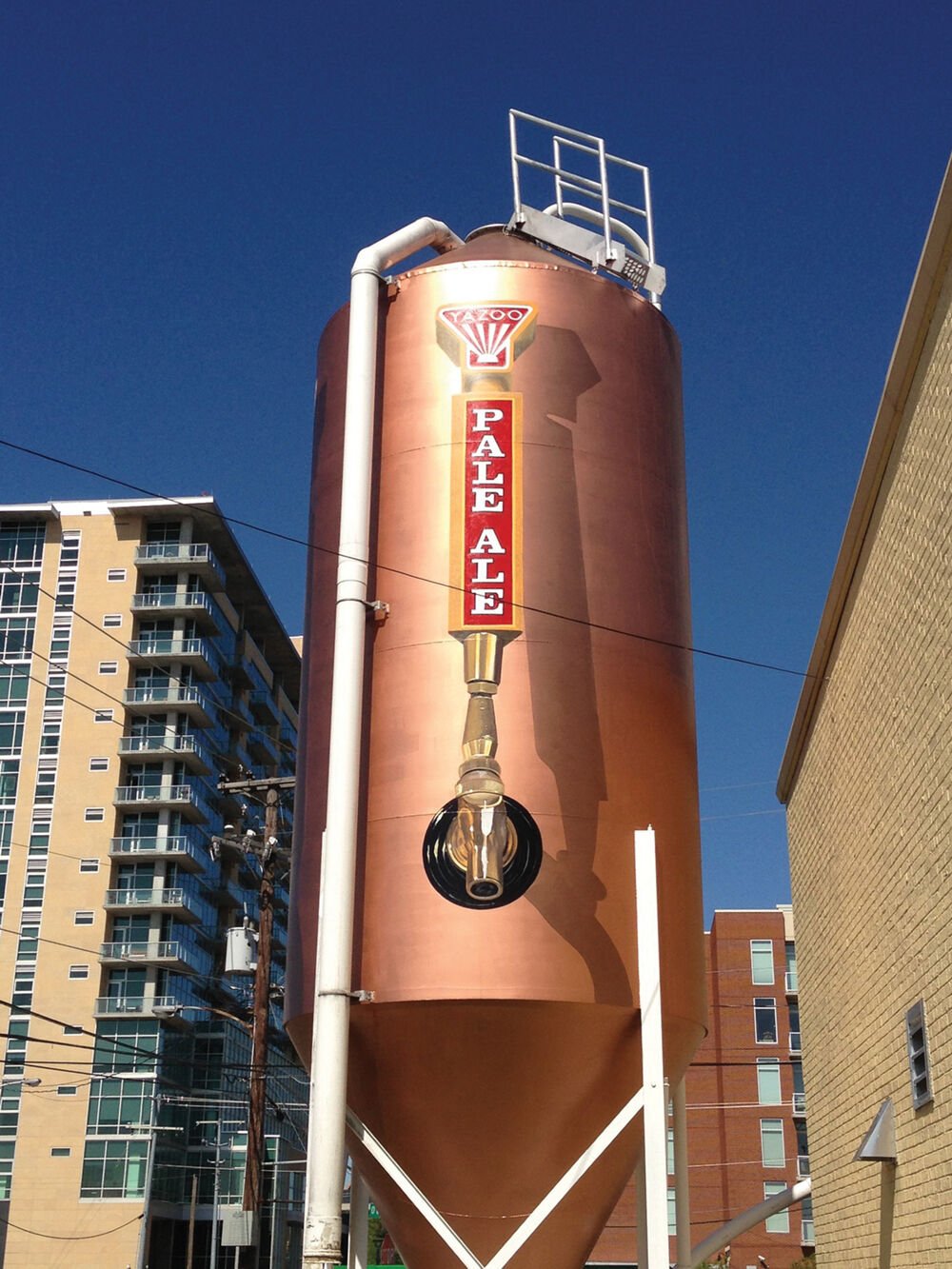 Hops silo for Yazoo Brewery. This was originally located at their Gulch facility, but they moved it to their new location in Madison 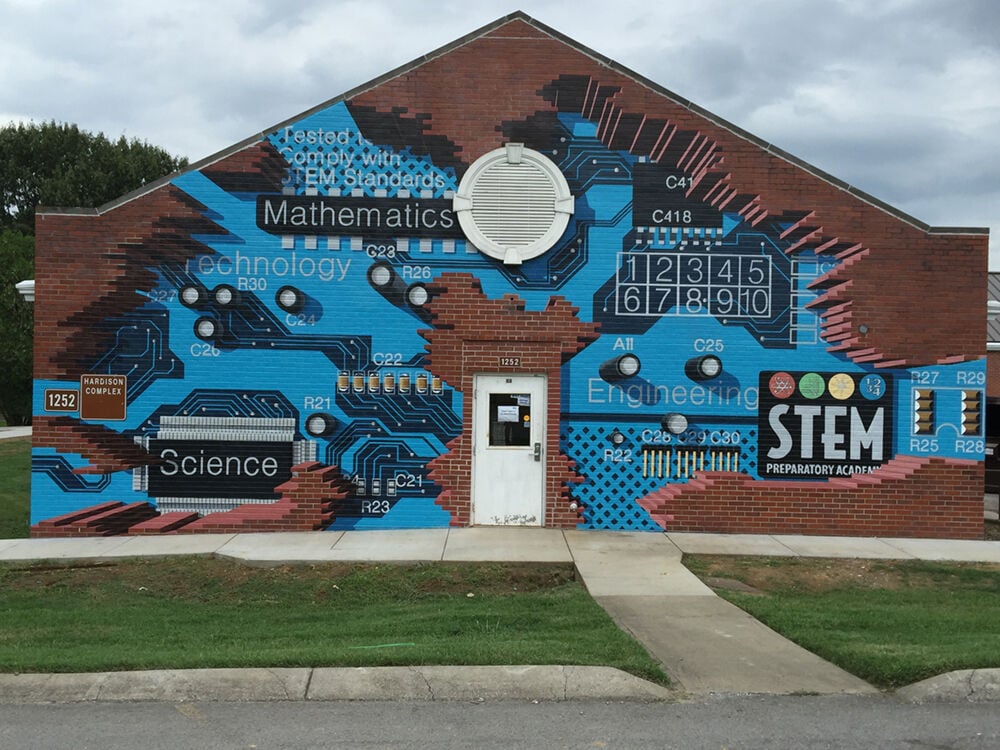 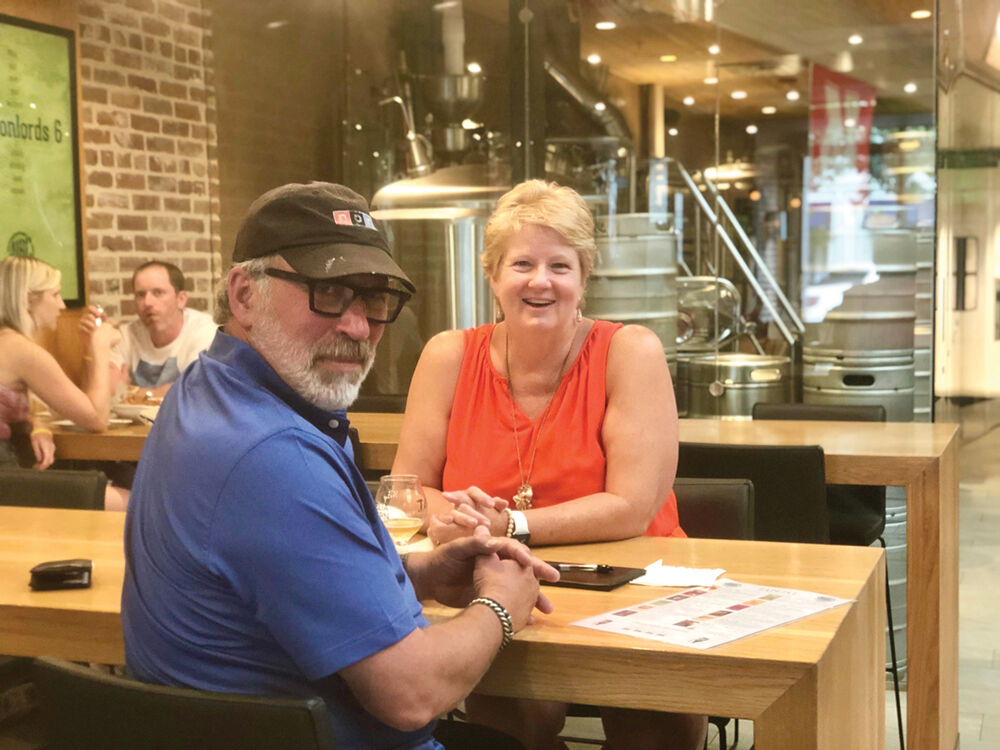 Located on the side of Urgent Team on Hillsboro Rd, as you enter into downtown Franklin. The city’s first public art mural!

An interior mural for Greenwich Transportation Underwriters Inc., in Brentwood. Painted on canvas in our studio, then installed on site.

Hops silo for Yazoo Brewery. This was originally located at their Gulch facility, but they moved it to their new location in Madison

Michael Cooper will be the first to tell you that his life as a mural artist would not exist without his wife, Mickie. “I give full credit to my her,” he says. “100%! She is the very reason I’m doing what I’m doing today,” he adds.

Cooper has built an impressive career over the last three decades, envisioning and creating murals with his company Murals and More, LLC. If you’ve driven on Hillsboro Rd. in Franklin sometime in the last several months, you may have noticed the bright yellow FRANKLIN, TN mural on the side of the new URGENT Care. A perfectly bright and friendly welcome to the town for those coming in from the North. “The Franklin mural turned out great. The wall mortar joints were so deep and each mortar joint had to be painted individually.” As a sign of the times, the plans were made, and then Michael tested positive with Covid. He took an involuntary one month vacation from painting but his staff kept things moving along.

Cooper wasn’t always a mural artist. “Many years ago, I found myself living in Memphis, where I’m from, divorced and painting for fun. I have a degree in fine art, majoring in Interior Design, and did that for 20 years. I would paint murals as a hobby,” he recalls. “I’d do kid’s rooms, churches, schools and just always painted on big walls. Big graphics. Just for fun. I was in an apartment in Memphis and my wife Mickie and I had started dating. She was from Bowling Green, KY. I looked at the blank wall in my apartment one day and thought, ‘that needs something!’ and so I painted a huge Calvin and Hobs cartoon on it. The entire wall. The whole thing!,” he chuckles. “I did background, shading, coloring, and Mickie couldn’t believe it when she saw it. She could have sworn it was wallpaper. She had no idea I could do that!”

It was around that time that Michael was growing tired of the interiors business. Mickie suggested he paint murals. “I honestly didn’t think I could make any money doing that,” he remembers. “It’s been 30 years now! Mickie can just see things. She has incredible organizational skills. She’s meticulous and business oriented. We’re the complete opposite,” he laughs. “She saw the vision for what it could be,” he adds.

Mickie’s vision and Michael’s talent were the perfect match and what started as a hobby has grown into an impressive and highly in demand custom murals business that creates pieces for clients all over the country. The furthest away they’ve travelled is Palm Springs, CA. “We also did a project in Cheyenne, WY. The gentleman saw a mural I had done of the Vanderbilt Coaches off of West End Avenue (sadly now gone). My number was on the wall. He needed something painted on a wall in Cheyenne. We met for breakfast the next day, he wrote me a check and we were off to Cheyenne!”

Michael and his team have travelled to New Orleans, Chicago, Indianapolis, Virginia, Florida and more. He and his rotating staff of painters paint not only directly onto buildings, and in scales that would scare most artists away. He’s painted small interior residential projects, public art installations, grand hotel interiors, massive exterior highway painting projects and more. He’s well known for his attention to detail and ability to create realistic and endearing trompe l’oeil murals (murals depicting realistic imagery to create optical illusions.)

He built a one of a kind, 3,000 square foot studio behind his home in Franklin. “It’s quite large. We have a wall inside that is 16 feet x 50 ft wide, storage, bathroom, upstairs office, it’s the ultimate man cave!” he laughs. “We have a 16 ft. huge commercial garage door. It allows us to create some of the murals on canvas, in house, and then transport them to the site and hang it there. We did a mural for Williamson Medical Center that was a 50 ft. mural on canvas. We did the entire thing in the studio,” he says.

His most recent project is the new Nashville venue called “BAD AXE THROWING” on Fogg Street. Boasting the largest axe throwing venue around, Michael and his team of painters have been hard at work creating murals and one of a kind exterior and interior images, featuring music icons that have helped make Nashville famous. Each drawing is meticulously sketched out to scale ahead of time. Once approval is received, Michael and his team take that small drawing and transfer it, by hand, to whatever wall is awaiting its application. It’s an impressive process.

Michael and I meet in person at the new Bad Axe location where Michael and his staff are at the beginning of the process. He is giving direction to his new staff as we walk outside of the building. There is a fairly constant rotation in staff. “It is hard work,” he says. “Everything has to be taken down and put up every day. Scaffolding. All materials and tools. We can’t leave anything outside. Everything goes in trailer and is locked every night,” he says.

They will paint multiple images on the outside of the building as well as murals inside the space. Johnny Cash, Chris Stapleton, Dolly Parton and many more faces will adorn the walls of Bad Axe. All hand painted by Michael and company.

It’s an honor to help bring a client’s vision to reality. “I will never do what I want,” he emphasizes. “It’s not my wall. It’s the clients. It’s my job to sit down and talk, elicit enough info to create a design from their thoughts. I’ve developed some really good ways to get good answers. My job is to take the list of ideas and make it a coherent piece. And all pieces are originals. I will simply say no to copyrighted images,” he says firmly.

At the end of the day, Michael just wants to do good work and bring the clients vision to life. He’s not shy about stating Mickie’s importance to his success. “She is the driver behind the organization,” he says with great respect. As an artist I can always find something I wish I had done better or different. She keeps us in line.”

As of right now, Michael is booked into January or February of 2021. He’s grateful for the work. “Sometimes I’m hearing crickets,” he says. “Sometimes I’m booked out 6 months. It’s all good!”