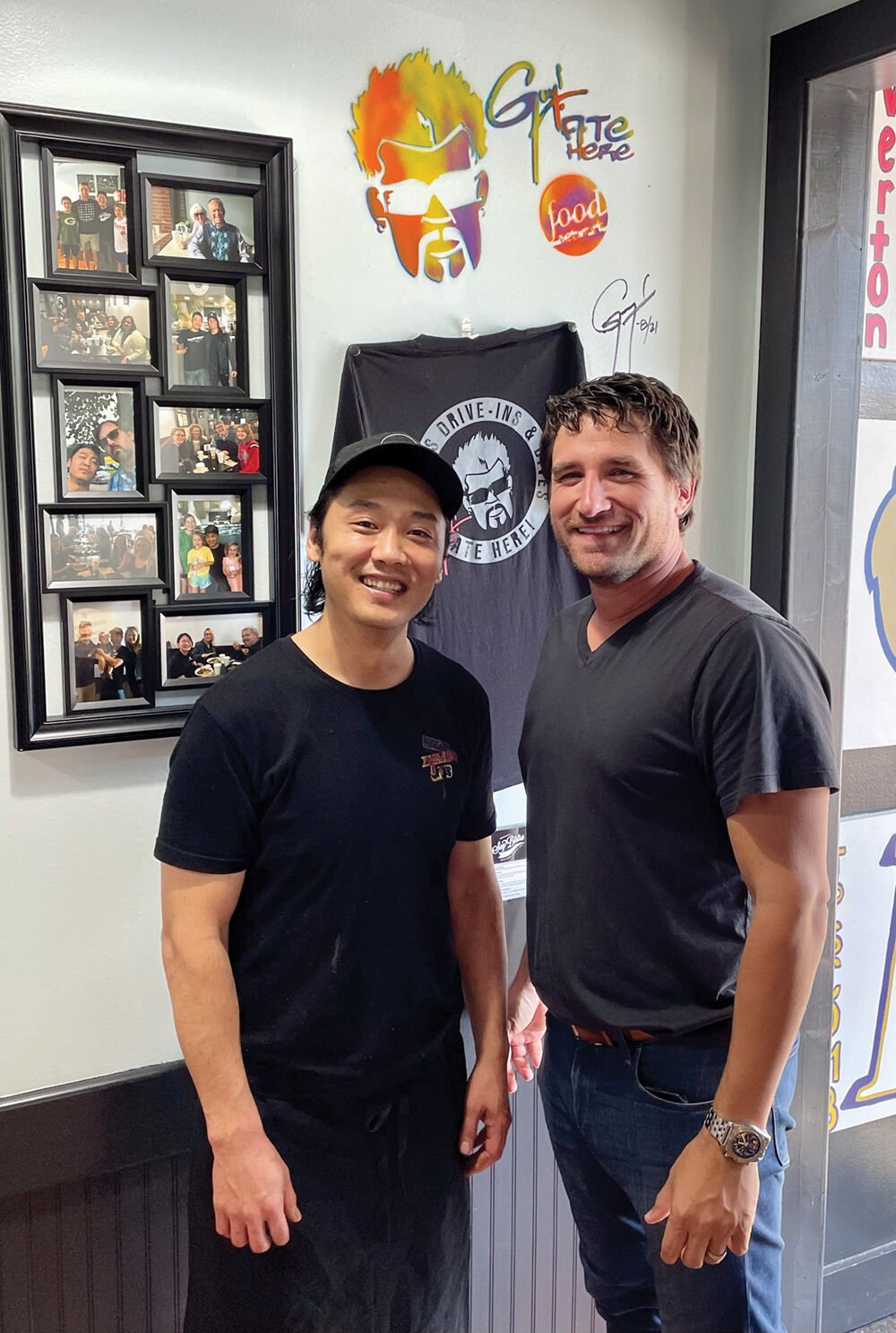 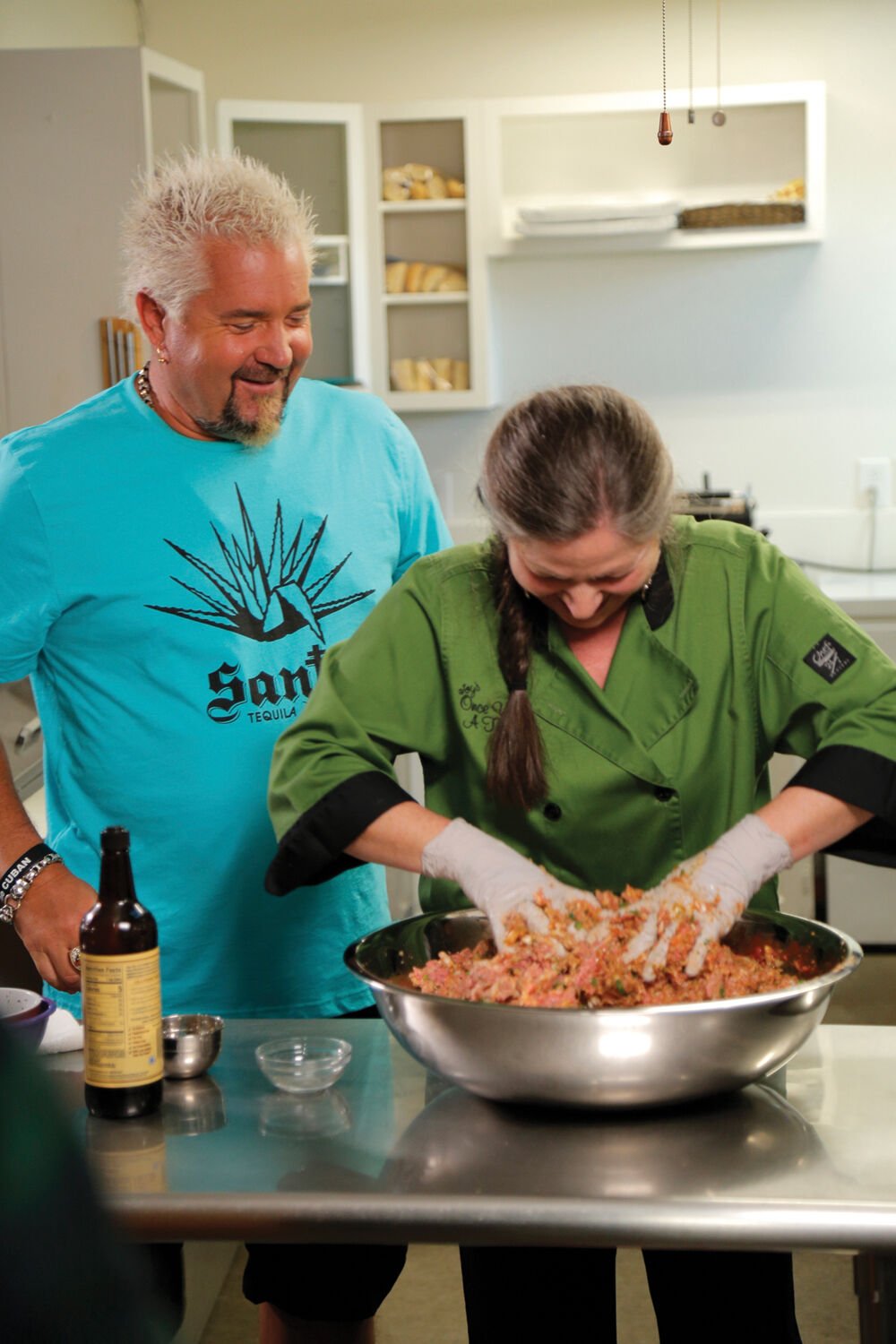 Behind the scenes with host Guy Fieri and chef and owner Joy Templeton in the kitchen at Joy's Once Upon a Thyme in Chehalis, Washington, as seen on Diners, Drive-Ins and Dives, Season 34. 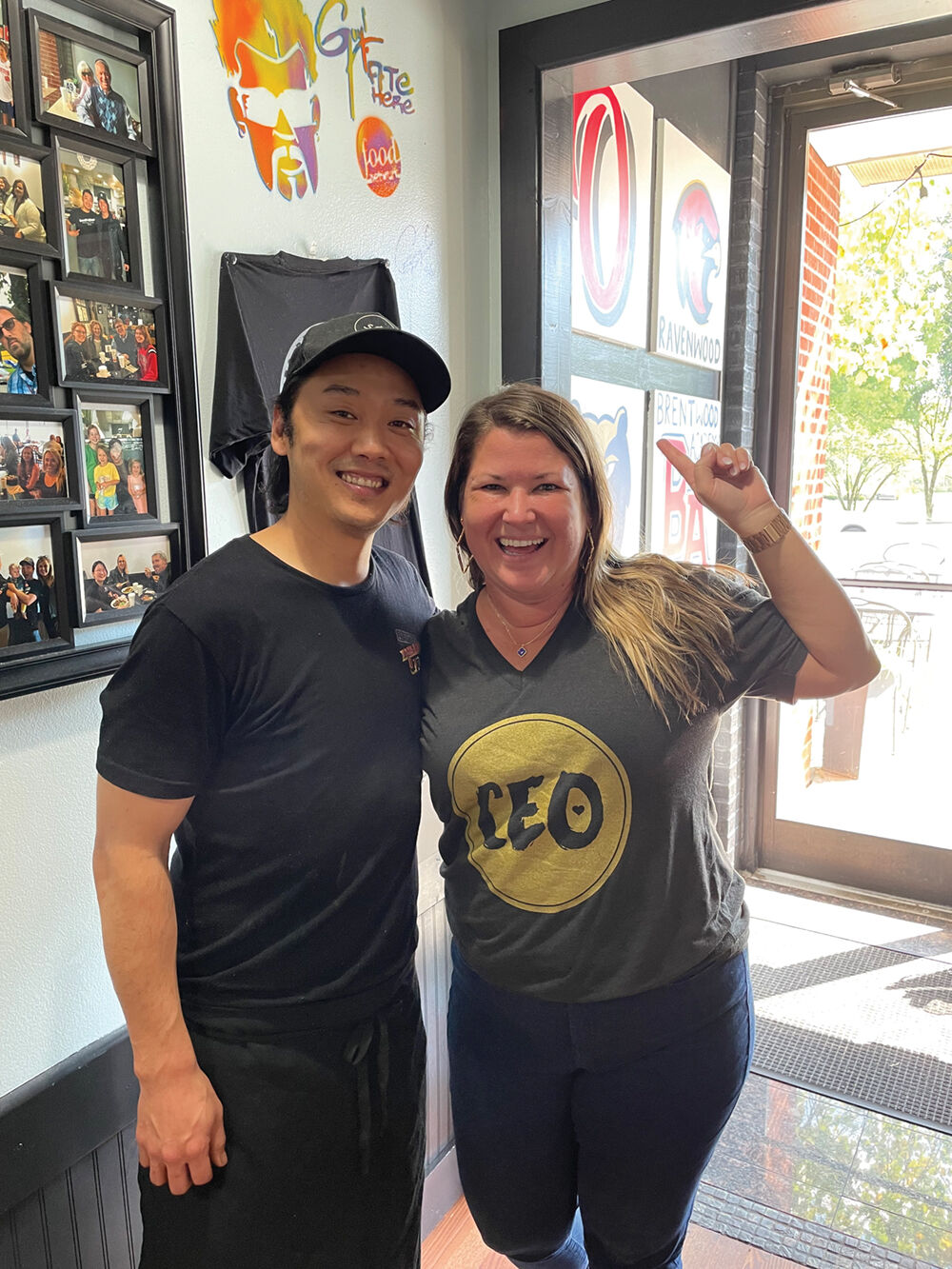 Owner, Kenji Ichikawa and Sami Cone of Talk of the Town 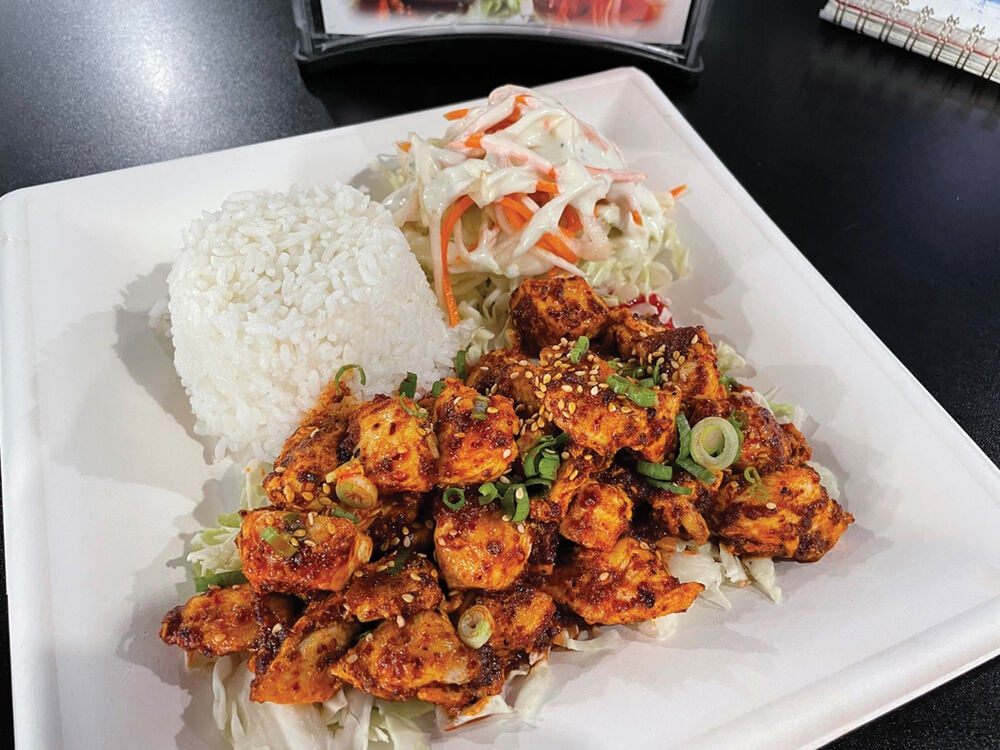 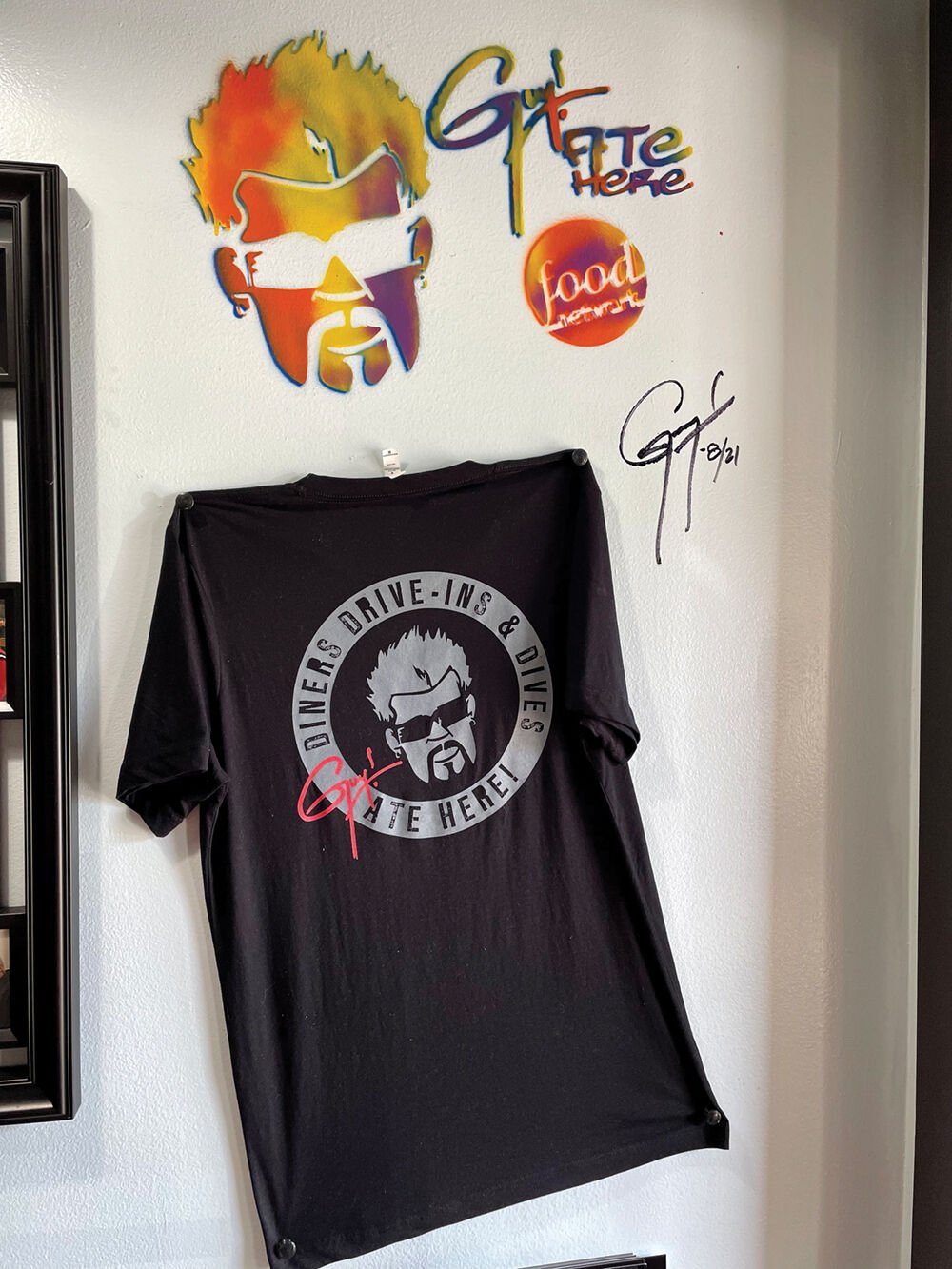 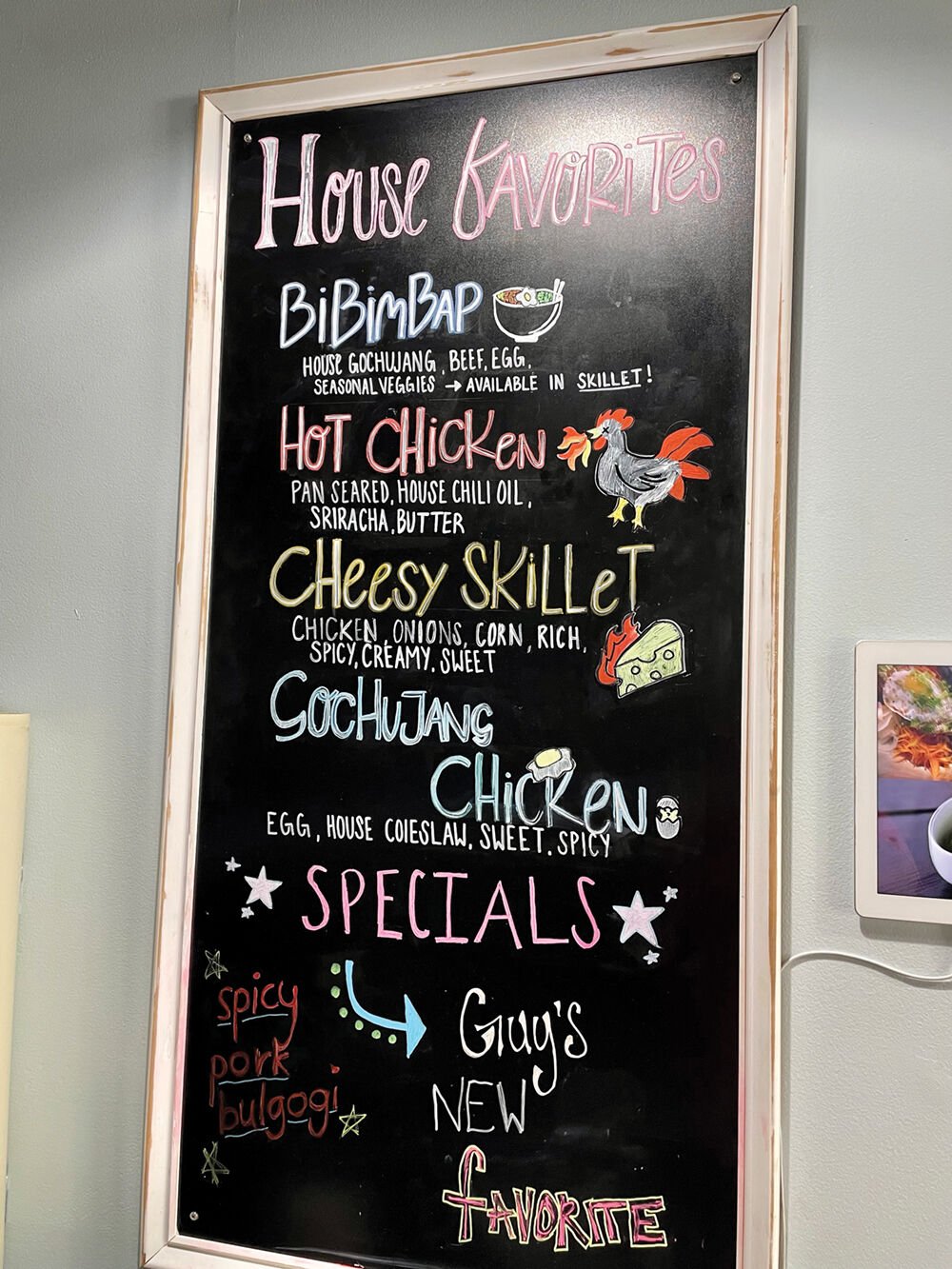 Behind the scenes with host Guy Fieri and chef and owner Joy Templeton in the kitchen at Joy's Once Upon a Thyme in Chehalis, Washington, as seen on Diners, Drive-Ins and Dives, Season 34.

Owner, Kenji Ichikawa and Sami Cone of Talk of the Town

Food Network's hit show "Diners, Drive-Ins and Dives" will showcase Soy Bistro on the national stage. Taped in August, the show will air on Oct. 15.

For owners Kenji Ichikawa and Michael Kaplan, it will share what Brentwood already knows: Soy Bistro has been doing it right for decades.

"Diners, Drive-Ins and Dives" is hosted by Guy Fieri. On his cross-country road trip, he introduces viewers to some of America’s greasy spoon restaurants. In August, Fieri stopped at Soy Bistro to experience great dishes prepared by Ichikawa.

Customers of the restaurant had begged Fieri and the team to check out Soy Bistro. When he looked at the menu online and saw the incredible story, menu, and culture, the show contacted them about being showcased.

Soy Bistro serves Korean and Asian fusion inspired dishes made with an honest hope to serve the community and drive away hunger one belly at a time. Ichikawa says customers are family and that is what they wanted the show to see.

Showcased in the restaurant is a wall with a "DDD" T-shirt, Fieri’s signature and on the menu, a note that reads, “Guys New Favorites.”

Ichikawa prepared two of their most popular dishes for the show, the hot chicken and spicy pork bulgogi.

The owners described the experience as fun. The crew spent two days at the restaurant and the staff learned all that goes into producing the show.

“The team was great about asking us, how do you feel about this or what do you think? I appreciated that they showed us how to do things and were great to work with,” says Ichikawa.

This was important because the staff is treated like family; they are a close-knit group and watching the production team who make up the "DDD" family, was beyond what they had expected.

The taping includes a wide shot of Ichikawa cooking and then a close-up for another angle. He had to double up on the recipes for the show.

For Kaplan, he could not believe the process of taping and when Fieri walks in, it is show time.

“It was awesome to watch, and in between takes, Fieri would walk out and talk to our customers and our family,” he says.

Soy Bistro opened in 2010 by Chris and Hannah Lee. When they decided to explore other ventures, Kaplan and Ichikawa who loved the restaurant became owners in August of 2020. The Lees were guests on taping day to honor the legacy they began.

The partners hope that new guests, tourists, and foodies will stop by the restaurant and experience what makes Soy Bistro special. For the regulars, though, they will continue to be treated like family when you walk through the door.

The "DDD" started in 2007 and has grown from one taping a day to three different restaurants being featured a day. Fieri showcases an eclectic mix of food in the episodes and the key is tasting real food right after it is prepared.

Ichikawa says he may not watch the episode right away as it was such an amazing experience, he wants the memories to linger a little longer.

Soy Bistro is in the heart of Brentwood at 5008 Maryland Way. Visit www.soybistro.com/ to learn more.