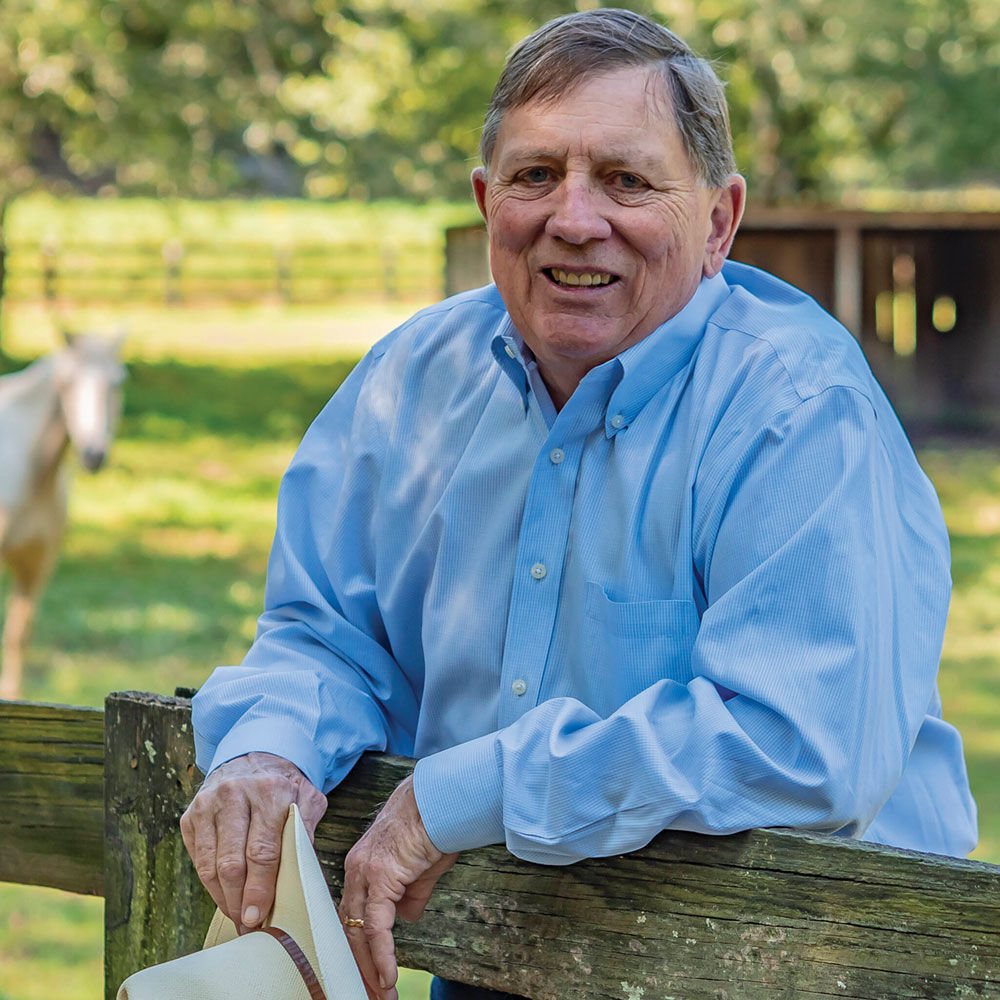 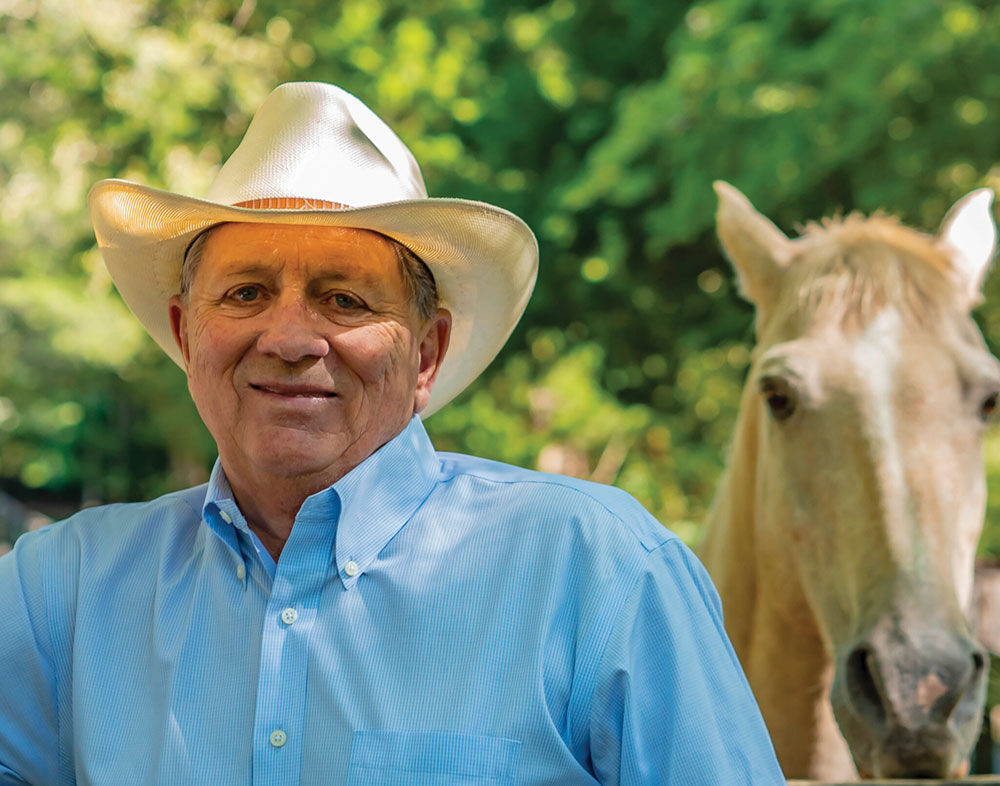 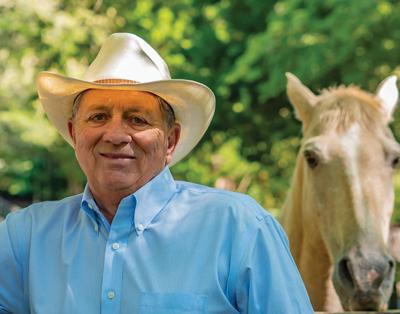 Realtor Greg Musgrave grew up on a sheep ranch in Colorado. The love of land is in his genes and jeans.

“I enjoyed our ranch and the land. It was a wonderful way to grow up,” he says.

In the sales field for 50 years, he’s spent the last seven reverting back to his first love: the land.

Affiliated with United Country Leipers Fork, he works closely with Broker Cindy Garvey. Musgrave earned the distinction of being in the top 20 Realtors in a field of 6,000 United Country agents in the nation for the last two years, and the office was rated No. 11 in the country last year.

He lives on 33 acres in Leiper’s Fork and sells not only in Williamson County, but also Hickman, Maury, Rutherford, Cheatham, Dickson, Marshall and Giles counties.

“Despite these difficult times of 2020, I’m having a terrific year,” he says. “With social unrest and COVID-19, people are departing urban areas for the country. We’re sure social distanced out here; all we have to do is take a walk down to the barn or creek.”

“I love land, and I sure enjoy introducing people to it, to the counties and the communities and, ultimately, to their new home. I work with both buyers and sellers,” Musgrave says.

As buyers leave Los Angeles, Chicago, New York and other cities, they are also fleeing higher taxes. They’re finding a whole new world that exists in the country.

A 3,200-square-foot condo on Chicago’s Magnificent Mile costs $40,000 a year in taxes. In Middle Tennessee, they’re barely a fraction of that.

“When I show buyers the tax rate, they ask if that’s per month. When I tell them it’s annual, they’re shocked, and very happily so,” he says.

The jean and boot clad Realtor says it’s not just people from the biggest of the big urban areas looking for a tax break.

“The new 34% tax rate in Davidson [County] is sending residents out our way. They are dismayed by the rate increase and the busyness of Nashville. Here, it’s peaceful with a reduced cost of living whether you choose to live on 5 acres or 55,” Musgrave says.

While things are busy for him this fall, they really pick up in winter.

“Unlike residential homes which don’t get much attention over the winter months until spring, winter out here in the country is the very best time to buy. With leaves off trees, buyers can see the property up close. The springs, forested areas, the knolls and pasture land,” he says.

A hands-on guy, Musgrave first shows property in a traditional vehicle. Once a buyer has narrowed it down to a choice of two or three properties, he loads them in his six-passenger MULE side-by-side to see not just the house and frontage, but the back side of the land.

“It’s a joy to see peoples’ eyes open wide to pretty fields and pastures, alongside a creek, on top of a hill, or dead center of a pasture. I show them wow moments. They love it, and so do I,” he says.

Musgrave says buyers are in awe of funeral processions where everyone pulls over to the side of the road out of respect and how kids say “yes, sir” and “no, sir.” Where people are friendly, whether the newcomers hail from Los Angeles or just up the road in Nashville.

“Ours is a special life out here in the country, one most city dwellers have no idea exists,” he says.

Buying land or pricing land is different from buying or selling homes in subdivisions or neighborhoods, Musgrave says. Prices are calculated by prices of the houses next door, often the same floorplan and exterior.

“Out here, it’s a whole different deal. Land prices are set by acreage, pasture land, wooded terrain, the house, out buildings and the distance to the closest community. It takes a specialist to know the ins and outs of country buying, selling and living,” he says.

The agriculture specialist can tell buyers how many horses, cattle and other livestock the land can support; how deep septic lines have to be and who to contact; who the best insurance agencies are for the particular property; how many acres can be farmed on the site; where the best areas are to grow a garden; who to contact to build barns, fences or outbuildings; and an amazing array of other issues that city folks in general have no idea even exist, much less where to start.

Clients find him by referral, his website, social media and online listings.

“Sometimes I show property by virtual tour, a FaceTime meeting where I show them around the house and the property. I have someone now in Phoenix who is viewing property with me in this way. They may or may not come see it in person; sometimes they buy based on my virtual tour,” Musgrave says.

But most folks come to experience country living for themselves. Musgrave is just the guy to introduce the land and the country life.

Jared and Leigh Rogness, of New Mexico, spent a lot of time on the phone with Musgrave. He helped them narrow their search for land in lengthy phone calls.

“We came out here last year. A relative who is a Realtor in Florida looked around and gave us a couple of names. We had already selected Greg just through our phone calls,” Leigh says. “We were here four days and saw property from Hohenwald to McMinnville. When we were down to two houses, we went over the land inch by inch in his MULE. We knew exactly what we were getting.”

Jared, who is retired military and has moved more times than he can count, says Musgrave is the best Realtor he’s ever had. Anywhere.

“He’s hands-on,” Jared says. “He knows Middle Tennessee and knows it well. We have horses, so we wanted a place to have our two and to build an arena for others. Greg not only found that for us, but even introduced us to other equestrians.

“His service didn’t stop when we closed on our place in Linville. We call him with questions all the time, and he’s happy to help us.”

The couple chose 70 acres in Linville for their new home and new life, and they couldn’t be happier with their choice or their Realtor.