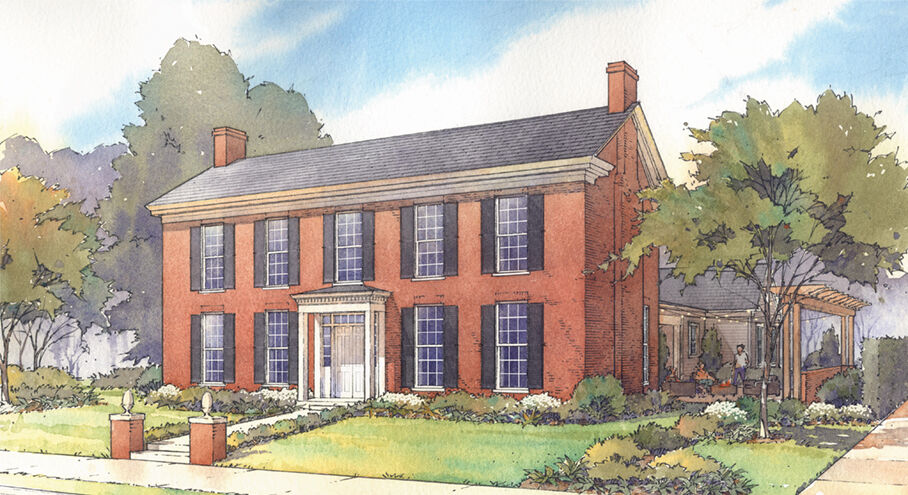 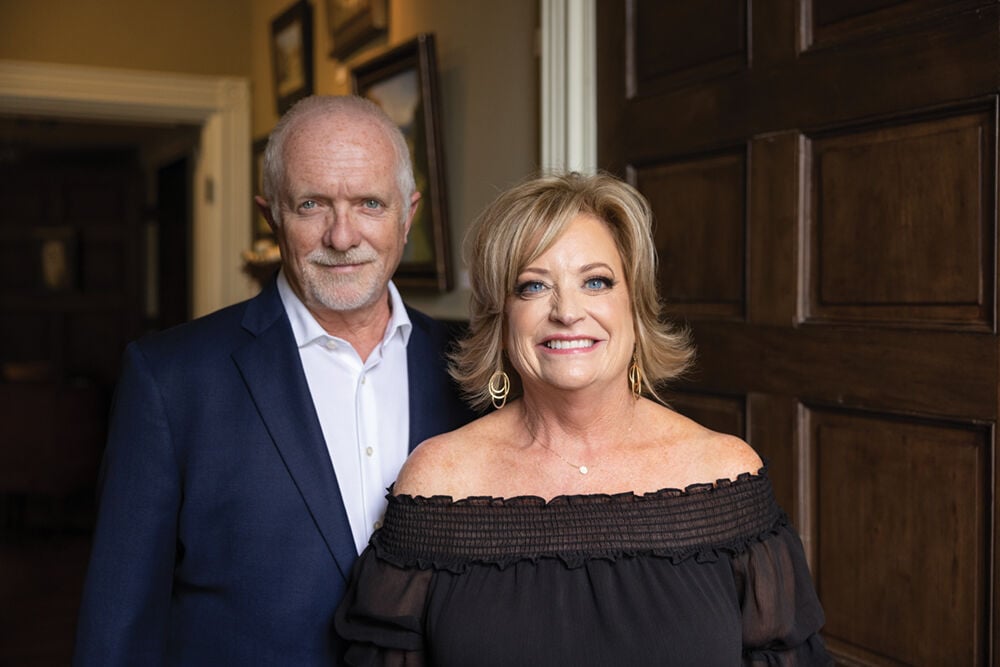 It’s a trek from 1833 to today, but the sturdy, staunch red brick home at 402 Bridge St. in historic downtown Franklin has made it. The house stands proud, honoring the generations, the lives and loves of people who called it home.

But now the old girl is getting gussied up, reclaiming her youth with a bow to today’s world. Doing the magic is an A-team of folks: Realtors Jennifer Bickerstaff and Cliff O’Sullivan, builder Brian Layson, downtown Franklin historic preservationist Michael Lee and architect and designer Amanda McCreary.

The Walker-Fisher house, on the National Register of Historic Places, is in good hands. Professional, creative hands and minds. Each member of the A-team covets historic renovation and restoration. They’re bursting with pride about their work, and for good reason.

Once dolled up, the asking price is $2.9 million. The finishing touches are expected to be made by late spring 2022, but it will be available for purchase along the way, offering buyers the opportunity to personalize some things, like the kitchen.

“Brian, Amanda and Michael have a vision of how it was and how it should be to adapt to today’s livability and function,” Bickerstaff says. “They are doing it right, from bottom to top. Since it’s in the historic overlay in Franklin, the exterior face will only have touch ups. The real work is going on in the interior.”

It’s clear the excitement surrounding the project. Layson sounds like a kid who was gifted a new bike. His voice is bouncy, excited and proud.

“We are doing this the right way — slowly, carefully, keeping every piece we can. We have doors, some windows, even the original poplar and ash hardwood flooring. We are doing the demolition with care and precision. We’re washing the exterior brick, each brick, by hand,” he says.

They began to slowly clean the layers of paint on the exterior window sills. Beneath all the years and coats of paint lay slabs of limestone. It was a big day for the crew.

“It’s all so exciting. We’re on a treasure hunt daily,” Layson says. “We have carefully steamed off five layers of wallpaper and revealed the paint colors that accumulated. Amanda, whose talent is immeasurable, is working with preservationist wall covering establishments to recreate the original wallpaper.”

Plaster will be carefully restored or replaced in the main part of the original house. Layson has been able to save about 40% of the downstairs plaster and is leaving it intact.

In most of the house, there’s no going back to studs. The walls are solid brick — three layers of them. The original trim has been kept where possible, then matching trim has been crafted to match.

The grand home has five fireplaces, four converted from coal to gas and the fifth, in the dining room, will be wood-burning.

“We’re opening up an area to give us space for a bigger, more updated kitchen with all the bells and whistles,” Layson says. “We’ve saved an old window and hope to repurpose it. The beauty of this slow painstaking work is that the house will look old but be new with all its plumbing, heat and cooling, insulation, and behind-the-scenes things that make a house run efficiently.”

The A-team is adding a bedroom and bath to the back of the house. The original staircase will remain in the front, and a back stairwell has been added.

The Federalist-style home will be the best of both worlds, old and new.

“Nothing will be spared in this renovation,” Bickerstaff says. “The 12-foot ceilings soar. The new addition in the back will be tasteful and spacious, blending in with the house. Dual courtyards will be lush in landscaping. The house has undergone three renovations prior to this one, but none of the others have gone to these lengths to discover and reveal the past while meticulously dressing it for today’s residents.”

The finished masterpiece will have four bedrooms, all en suite, and an additional half bath.

While the original handsome home had almost no closets, McCreary has reimagined the space to include plenty of storage space. The square footage will be 4,270.

Either way, the new owners can live in the past and the future with all the comforts of home that have come along in its nearly two centuries.

For inquiries, contact Jennifer Bickerstaff or Cliff O’Sullivan at Compass Real Estate in downtown Franklin. The office phone number is 615 475-5616.