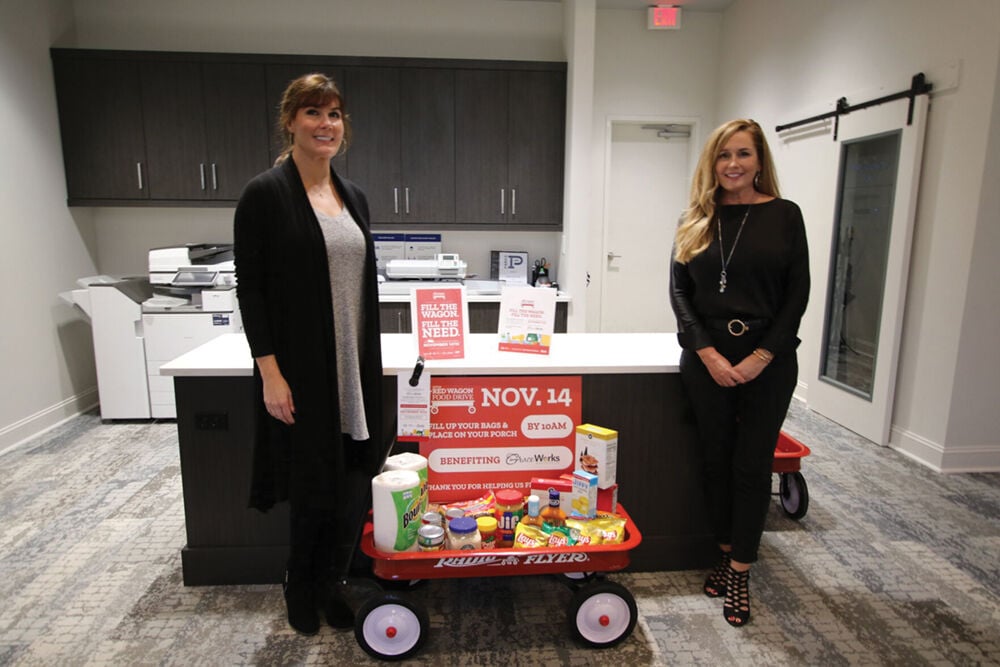 Julia Kaehr and Linda Rainey of Parks Realty launched Fill the Wagon, Fill the Need this year to benefit Graceworks 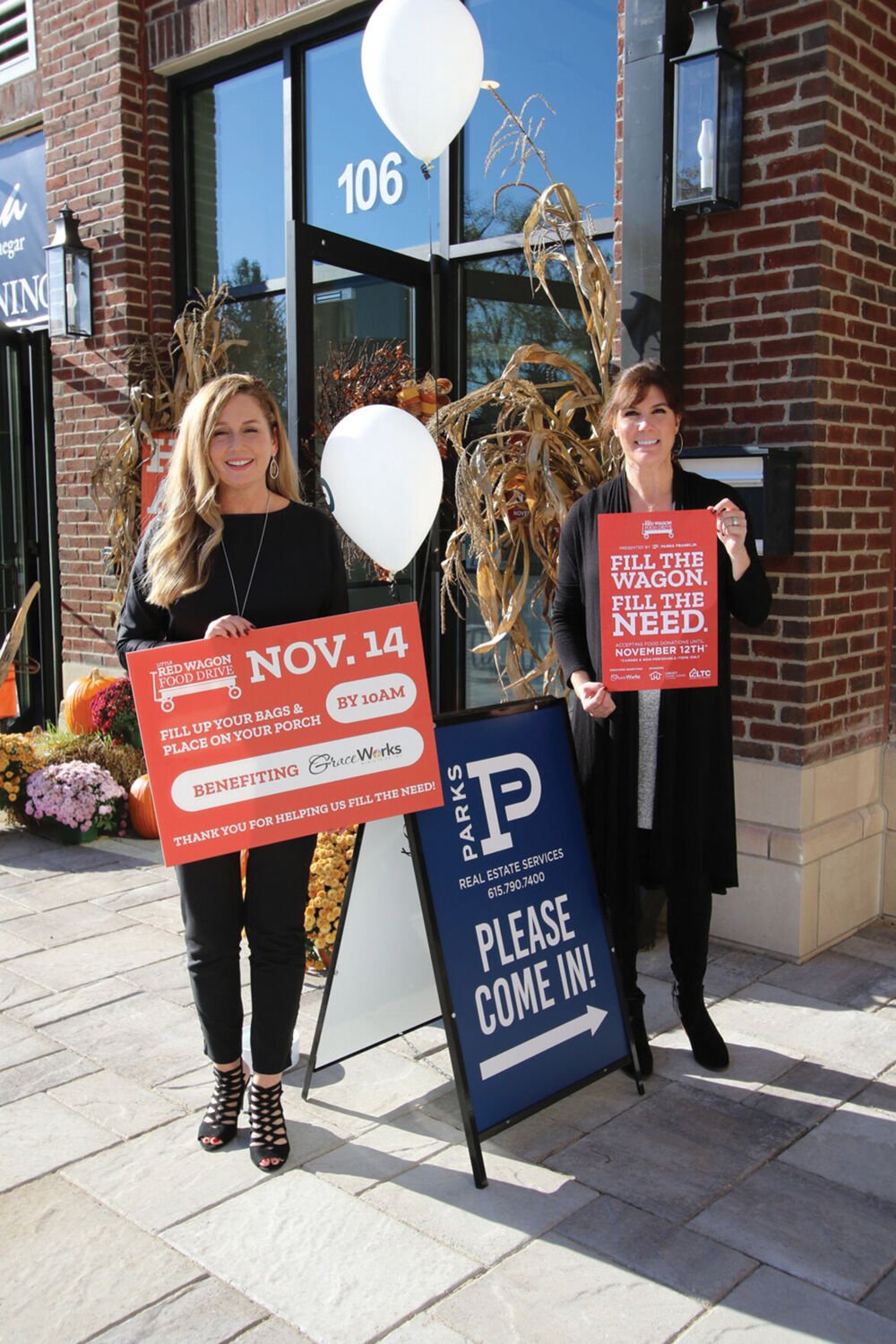 Julia Kaehr and Linda Rainey of Parks Realty launched Fill the Wagon, Fill the Need this year to benefit Graceworks

Julia Kaehr and Linda Rainey, realty agents with Parks Realty in Franklin, launched Fill the Wagon, Fill the Need, a community project to collect food to help people and families in the community in need in November.

“We need to help our community, families and businesses that have suffered,” Kaehr said. “We wanted to do something that matters and will help.” Rainey said that it was an easy decision for her to co-chair the drive. “We are both like-minded people,” she said. “In our current situation, we know there is a lot of need.”

Alicia Bell, director of development with GraceWorks, said, “This year, in the midst of COVID, our neighbors needed food in higher demand than ever before, raising from about 35 carts in a seven-hour day to our record day of 140 carts in three hours.

“While that spike has come and gone, GraceWorks’ new normal for food requests is high. We are serving 130% of the families we were serving this time last year. We need help keeping our shelves stocked.”

Kaehr came up with the concept during her college days at West Virginia University. She implemented a program while volunteering at the Boys and Girls Club in Morgantown, West Virginia, where children would forgo trick-or-treating on Halloween and collect food from neighborhoods using little red wagons. Everything collected was then donated to the local food pantry.

Local businesses and Greek organizations from the college also became involved. Kaehr was a national spokesperson for the club for many years.

“What was interesting is that many of the children collecting didn’t realize the food would be going to their own families,” Kaehr said.

For the GraceWorks food drive, Kaehr’s vision was to get businesses and the community involved to collect as many items as possible and also increase awareness that there is an extreme need in the community for donations.

GraceWorks averages giving away more than 20,000 pounds of food and toiletries each week. The agency this school year will provide more than 20,000 classroom snacks to schools in the local school districts.