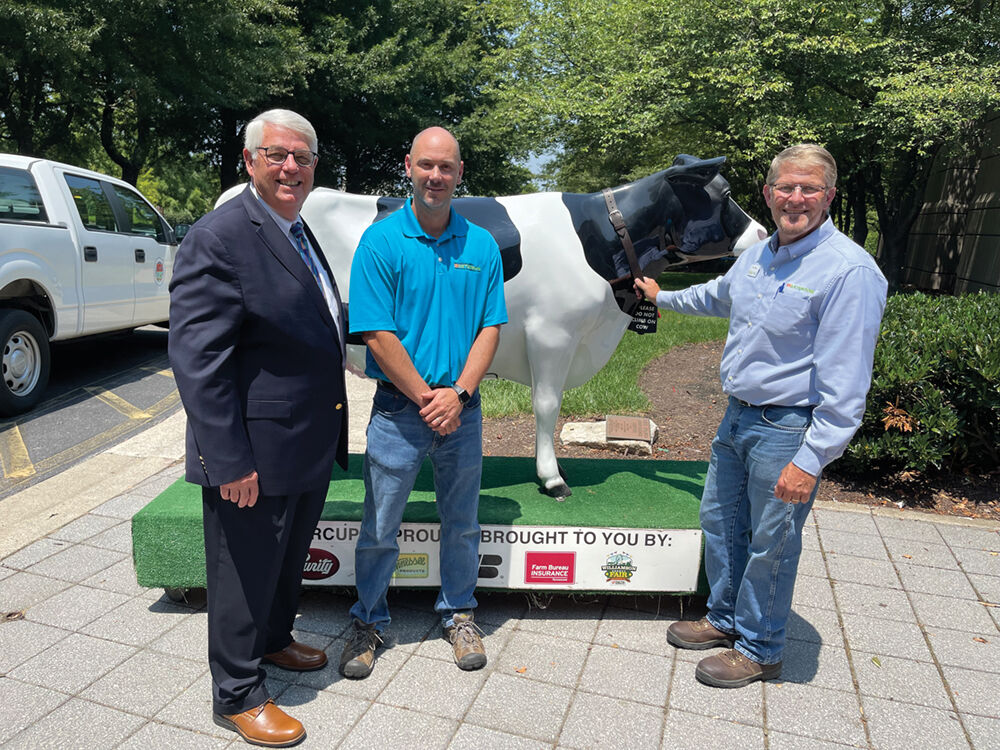 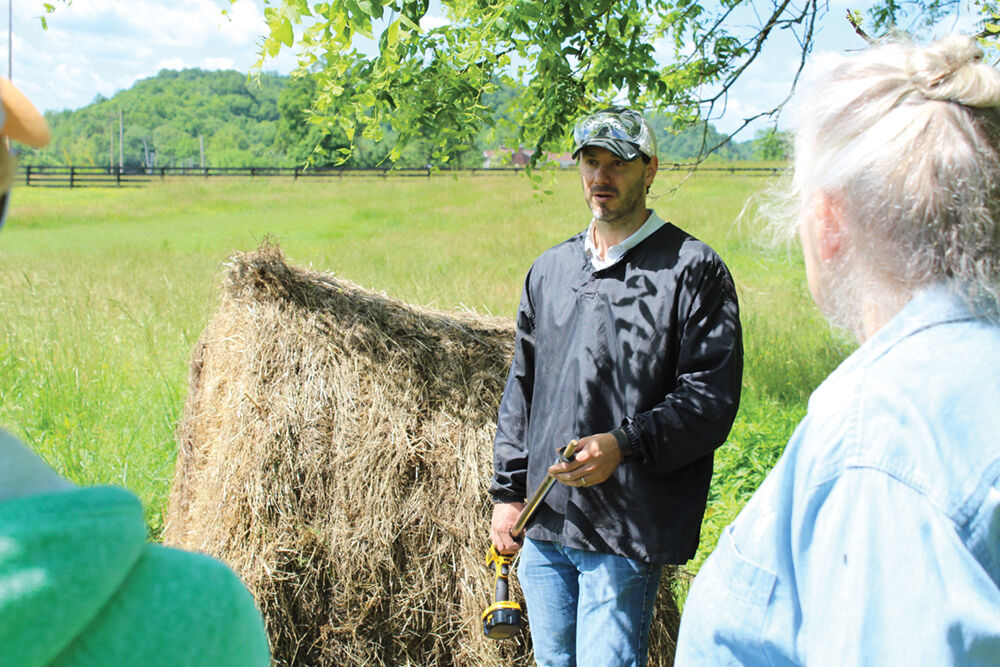 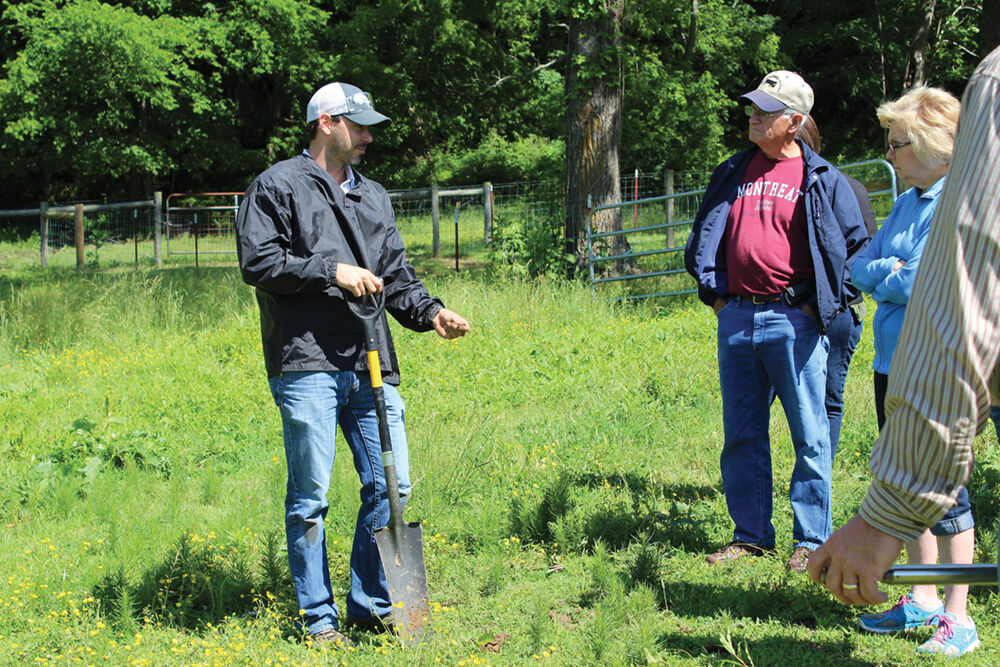 Matt Horsman jokes that he was born in the middle of a cornfield in Sullivan, Illinois, and it’s not far from the truth – as the Agricultural Extension Agent for Williamson County, he hasn’t strayed far from his green roots on his family’s farm. But education is his true passion, and Horsman is quick to explain that the mission of his office extends far beyond “cows, sows and plows.”

Attending the University of Illinois, Horsman completed a master’s degree in animal science, working for the USDA in a livestock wellness unit as part of the program. It was a chance to understand how directly the farmer’s role ultimately drives the product we depend upon.

“It’s about creating an environment that allows animals to thrive,” he says. “Back then, we were studying best practices on a farm in Missouri that provided heritage pork to restaurants in New York, Chicago and San Francisco. We brought in chefs and educated them on all aspects of farming, and gave them a better beginning-to-end appreciation of what they were serving in their restaurants. Looking back, that experience helped guide me to what I am doing today.”

At that point in his life, Horsman thought he’d go to work in research, earn a Ph.D. and teach at the university level. But he made the decision to completely shift gears and move to Middle Tennessee, where his wife Kami’s parents had retired. Along the way two daughters, Sloan and Riley, joined the family.

It was 2010, the middle of the Great Recession, and things weren’t quite as rosy, economically speaking, in middle Tennessee. As part of the University of Tennessee system, the Extension agency statewide was under a hiring freeze. When four longtime employees retired in Williamson County, an exemption opened up one position to replace them, and Horsman found his home.

Under his leadership, the Williamson County Extension Office has transitioned from a full-time staff of 10 to 25 part-time specialists over the past decade. What was primarily an agricultural resource to local farmers, backyard gardeners and 4-H students in rural schools has now become an innovative resource to an entire community, staffed with experts in not just agriculture, but all manner of STEM (science, technology, engineering and math) programs for youth and a far more specialized set of offerings for adults.

“As we built out the curriculum, we shifted to utilizing some part-time staff who were working professionals or recently retired from successful careers,” he explains. “Today we have a federal district attorney that teaches CSI and forensics and an engineering department head from Nissan teaching electrical science, as well as a retired specialist from Colorado State University who specializes in on-site horticulture diagnostics and numerous other amazing staff. It’s a far more diverse offering geared toward what people are seeking to learn and apply. That’s why we exist.”

As a member of the Board of Directors of the Williamson County Fair, which runs Aug. 6-14 this year outside Horsman’s office on the Williamson County Ag Expo campus, he’s incorporated the progressive programming into the Fair – in past years, children and teens attending the Fair could construct and operate a robot, or build and fire a rocket while tracking its aerodynamic performance in real time. Later in the day, some of those kids might change clothes and show cattle they raised for sale, earning scholarship money for college.

“We’re focused on providing a lot of opportunities without a long-term commitment, allowing them to explore several different subjects,” he says. “4-H is all about life skills development, and we want to ignite a passion. We have second and third graders learning how to code, and having a blast doing it.”

Williamson County now has the largest 4-H program in the state. In 2020, even during the pandemic, about 1,000 kids enrolled in after-school courses, with thousands of others participating in other one-time programs. Classes are capped at a dozen kids, with an emphasis on the mentorship that can develop in that type of learning environment. Through peer interaction, they learn of other subjects and get involved in a range of activities.

On the adult side, the Extension Office gears programming toward the knowledge that people in Williamson County are seeking. While it might be largely agricultural (the Master Gardener program has been a popular staple for years), Horsman is in tune with the changing perceptions of what a farm is – what might have been 1,000 acres of soybeans or 300 cows on a farm in 2010 is more likely today to be a family interested in establishing a homestead, or a cottage business growing unique organic crops for the farmer’s market, or someone who has never owned a horse but would love to get into the equine lifestyle.

“We want to help people find the answers they need, whether that is pursuing a dream that won’t ever pay for itself but needs to be as cost-efficient as possible, or helping them with business plans and strategies,” Horsman says. “Or maybe you just want to grow tomatoes and feed your family for a few weeks out of the year.

“Whether you have family home in Westhaven or a farm in College Grove, we’re here and available to the citizens of Williamson County, free of charge.”