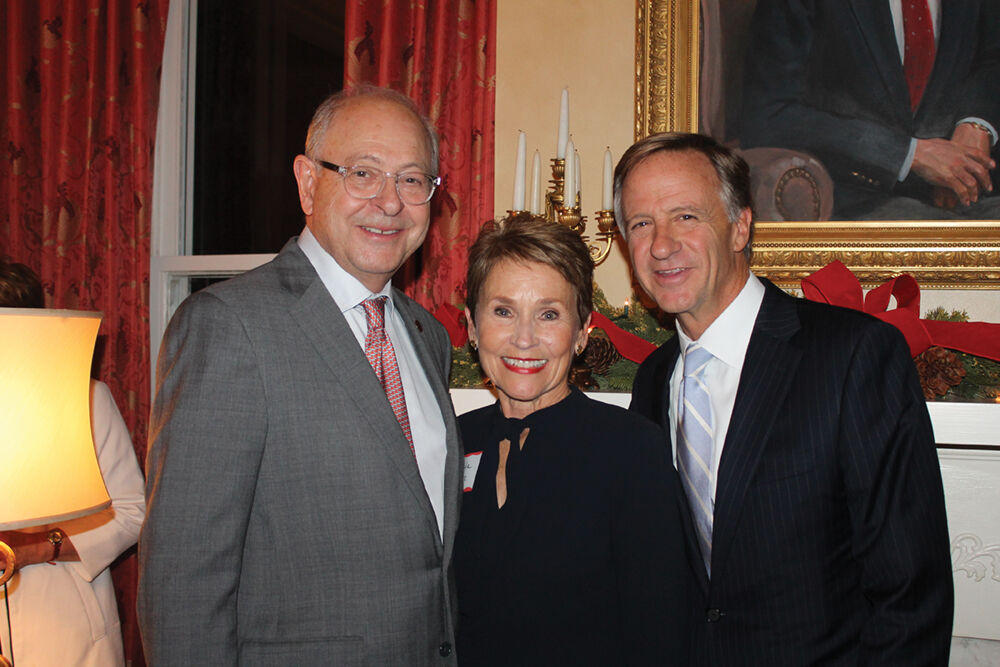 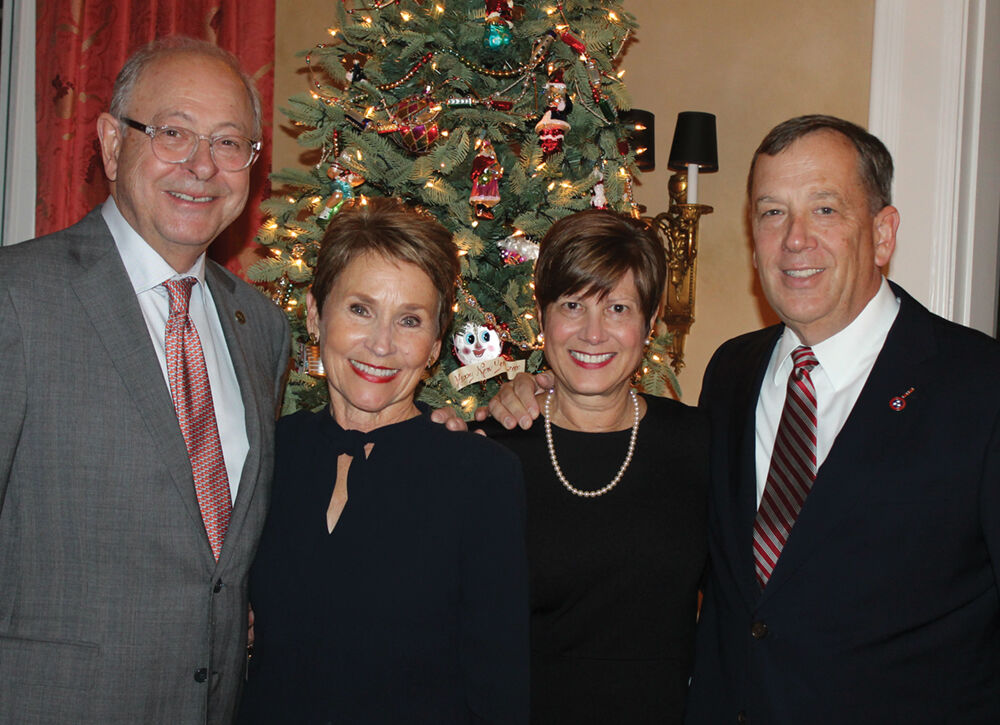 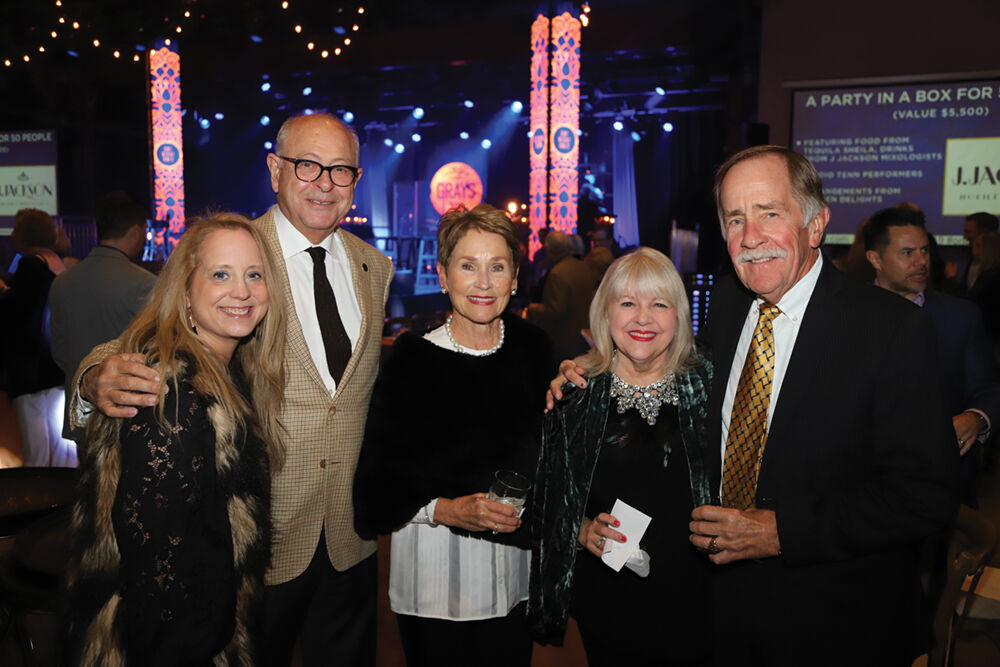 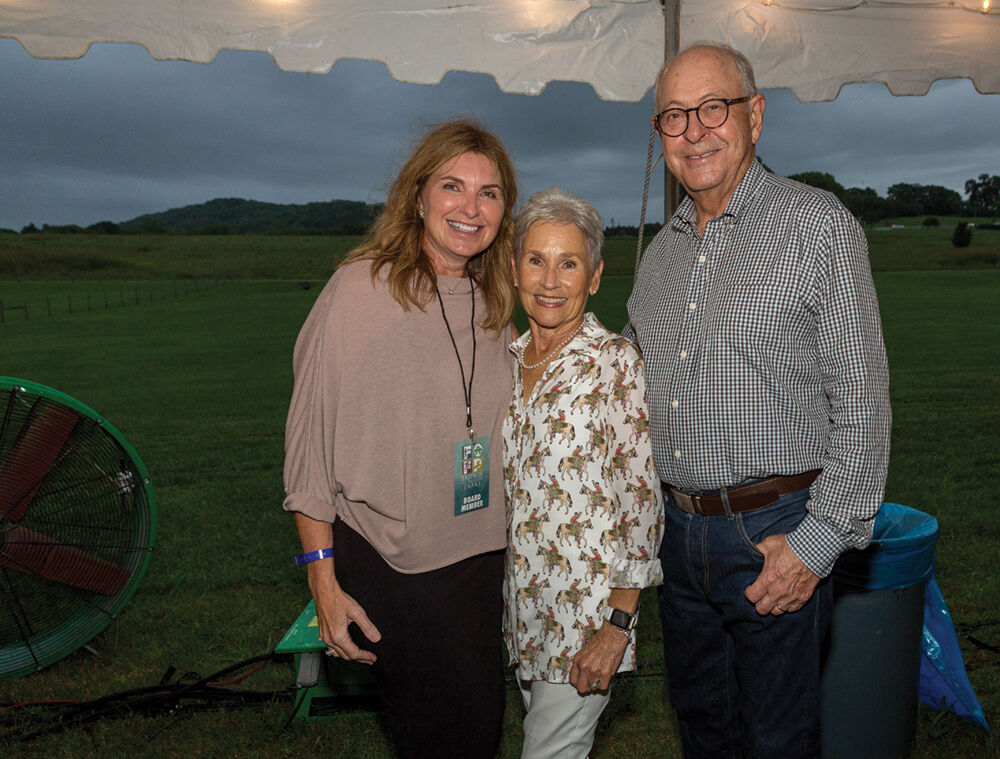 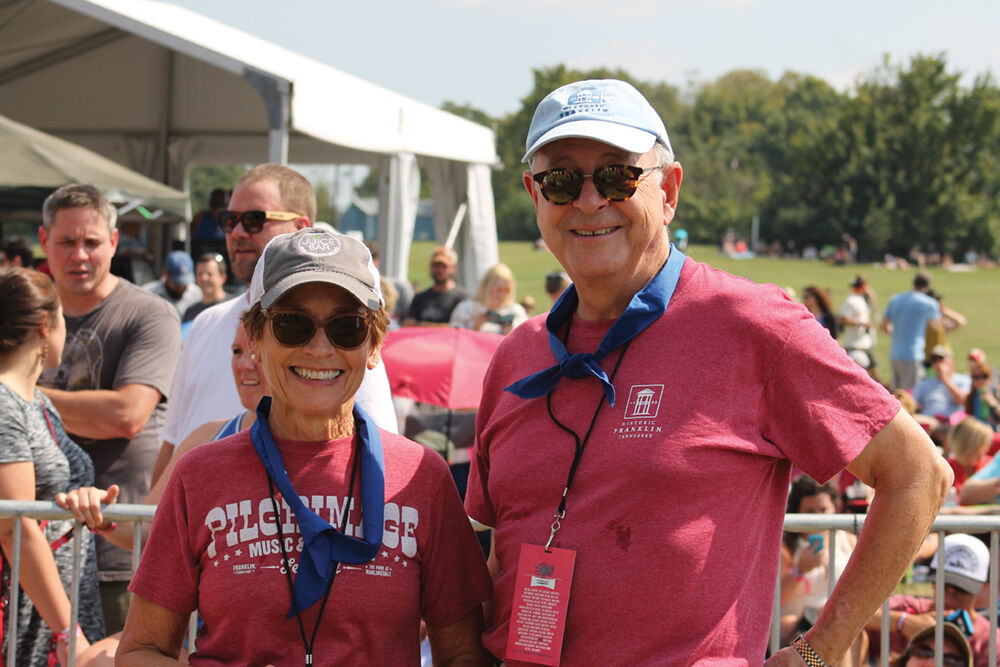 Linda and Mayor Ken Moore were out enjoying the Pilgrimage festival 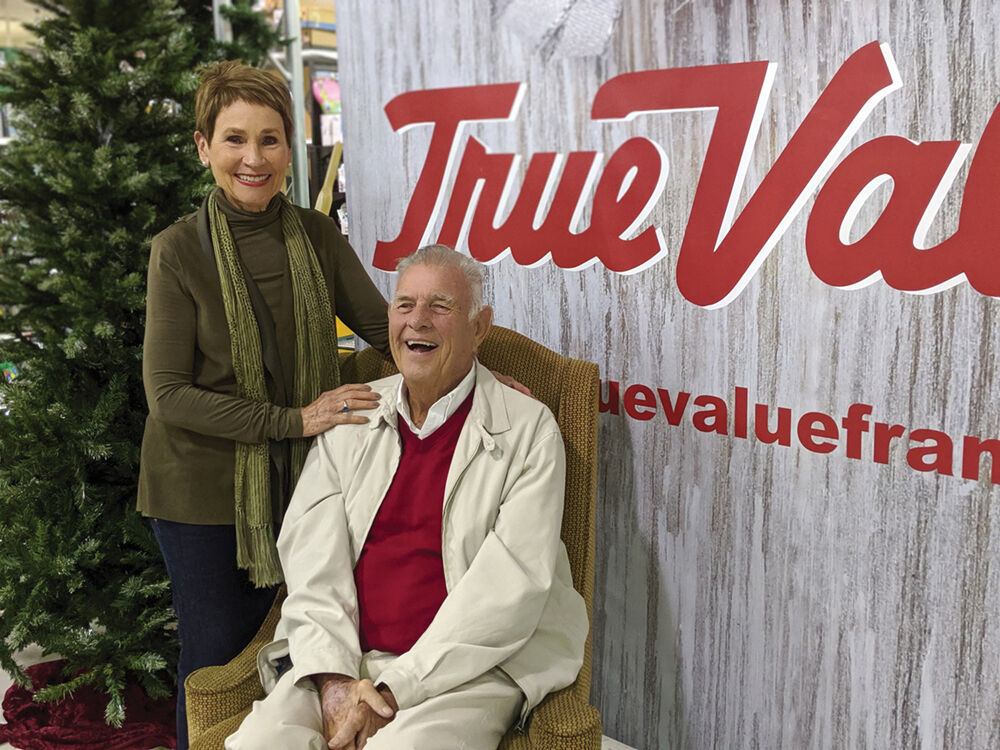 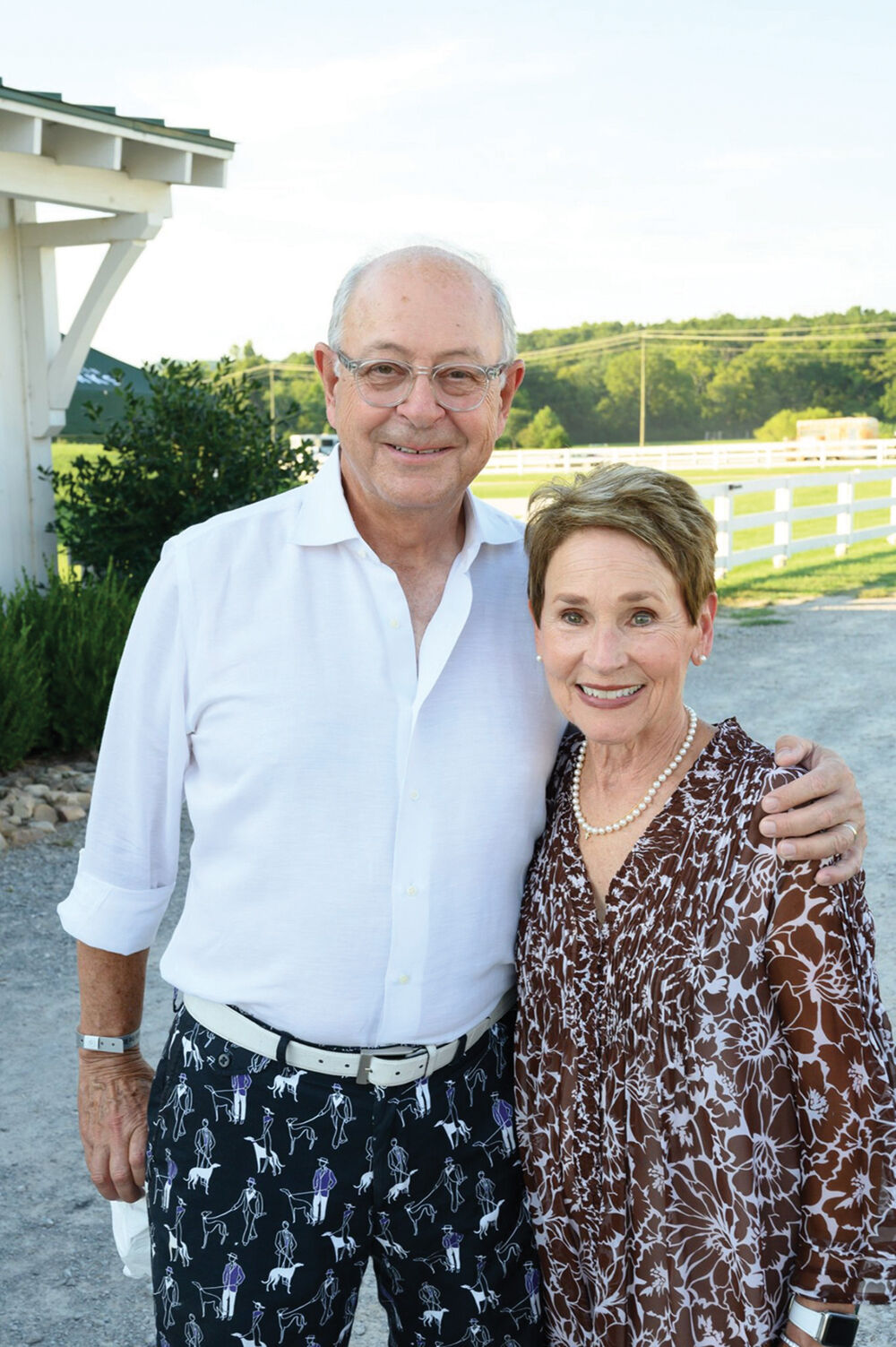 Linda and Mayor Ken Moore were out enjoying the Pilgrimage festival

Linda Moore had a long memory of life growing up in Franklin, and she always wanted to come back home – even if it took her 40 something years.

Franklin’s First Lady was born in Dan German Hospital on Fourth Avenue, a block away from where she lives now with her beloved husband, Ken, who has served as the Mayor of her hometown for the past decade. Her uncle ran the Franklin Theatre on Main Street when she was a teenager, and Linda worked at the Willow Plunge pool by Carnton. The Gilco Drive-in was located right between the two, by the railroad tracks on Lewisburg Pike.

Life in a little country town wasn’t boring, she recalls, but rather the best of both worlds. Her family lived across the street from Harlinsdale Farm, and Linda spent a lot of time there.

“One day I might be running down with my $12 weekly paycheck from Willow Plunge to buy a dress at McClure’s on Main Street, and the next I was riding my horse past my uncles’ trucking business by the silos to see my cousin across the river. She lived on Murfreesboro Road, across from what’s now Pinkerton Park,” she says. “I was fortunate to be able to be a kid in a place like Franklin, and even though our town has grown, a lot of those great things are still true today.”

After graduating from Franklin High School in 1962, she attended the University of Kentucky and ultimately settled in Columbia, Tennessee, where she worked in banking and later had a successful career in real estate. It was through that business that she met Ken, a leading orthopedic surgeon who saw one of her flyers and arranged a meeting through a mutual friend. They married in 1985, and she started the slow process of getting back to Franklin.

“We stayed many years in Columbia, but we always talked about retiring in Franklin. We’d visit my mother and daddy, who still lived on Franklin Road, and our friends in town,” Moore says. “When Ken retired from his medical practice, we started looking for houses.”

They bought a small home on Berry Circle, behind the old O’More College, and focused on building a Brownstone on First Avenue, right where she used to ride her horse decades earlier.

The Moores moved into their new home in 2008, but soon both were confronted with the loss of their fathers. Ken’s mother moved up from Alabama and became neighbors in a retirement community with Linda’s mom, and Mike the German shepherd joined the family.

“We really began to realize how short life is, and our dream house on Third Avenue was on the market, so we went and looked and loved it,” she says. “Ken jokes that it’s the world’s most expensive dog house (for Mike, who’s now 9, and Jack the terrier, 15).”

They renovated the house in 2012, a year after Ken was chosen to lead the City of Franklin when then-Mayor John Schroer left to become the state’s commissioner of transportation. By that point, city government had become a part of their lives – Ken had previously been elected as an at-large alderman in 2007.

Beyond political service, they’ve poured themselves into Franklin, supporting cultural institutions and other important causes in a big way, from the Franklin Theatre and Studio Tenn to the restoration of the Main Barn and the historic Hayes House at Harlinsdale through Friends of Franklin Parks, as well as the Refuge Center for Counseling and other non-profit organizations and initiatives.

“I can say that I didn’t anticipate any of this when we moved to Franklin. I thought we’d travel and be retired, but I should have known better,” Linda laughs. “He has a mind that has to be working; it’s changed our lives, but in a positive way. We both love Franklin, and he’s able to give things to the community that I can’t give – I care deeply about both of them, my husband and my hometown, so that makes me happy.”

Looking back on 15 years in Franklin after so many years away, Linda says she wouldn’t change a thing about any of it.

“I’d relive my life here in a heartbeat. I loved Franklin back then and I love it the way it is now.”